Well its about time i posted an update on the Airbus,  and posted a little picture 🙂
It is going along really well, i have been very focussed on the NXT side of things, and a bit of programming work for the controlling systems, i had to get some help from some external forums, the guys over at: http://nxtasy.org/ were awesome and really helped out a lot.

Anyways as you can see the wing is pretty much done, and it weighs a lot!  i have to have quite a few supports underneath it, as none of it is glued, there is a lot of technic inside the wing so it is really quite sturdy, it also breaks down into 4 sections for transport.

It easily been the biggest thing i have ever built, im well over 30k parts now, and i have cleaned out a few bricklink stores of certain types of parts, and im still not sure what i am going to do with it at the end of brickvention. I hope that myabe Qantas are interested in showing it somewhere?   I would also love to take it over to the USA and show it at brickworld, nto sure if they would like me to have it or not. 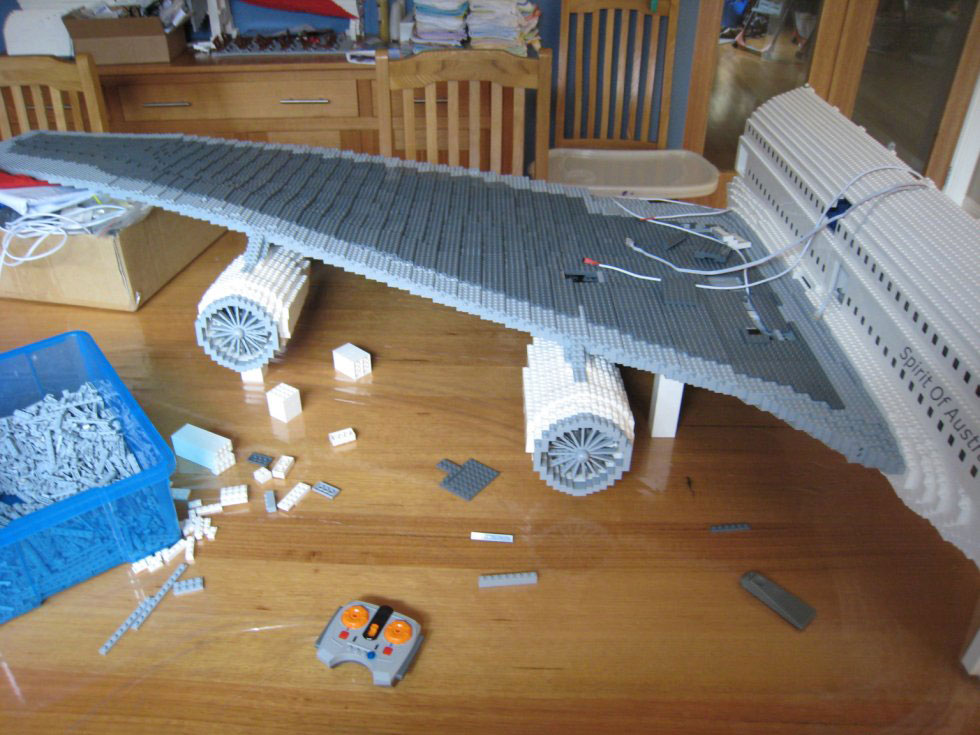