We’ve been w­­orking around the clock over the last few months creating massive mosaics and LEGO® brick models to go in all of the brand new LEGO® Certified Stores opening around Australia and New Zealand! Please tag @brickmanexhibitions if you take any photos with our models or mosaics! We would love to see them! 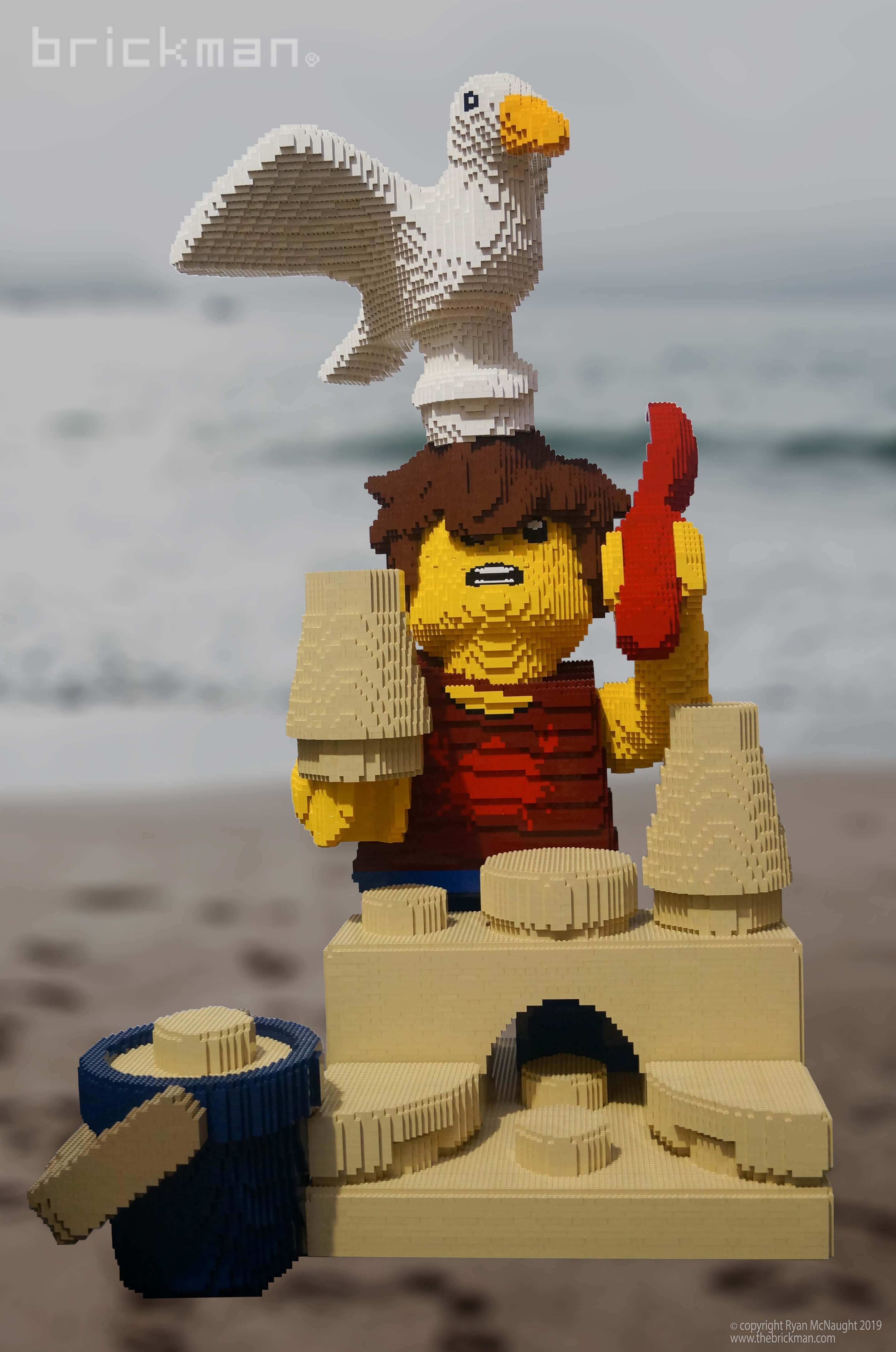 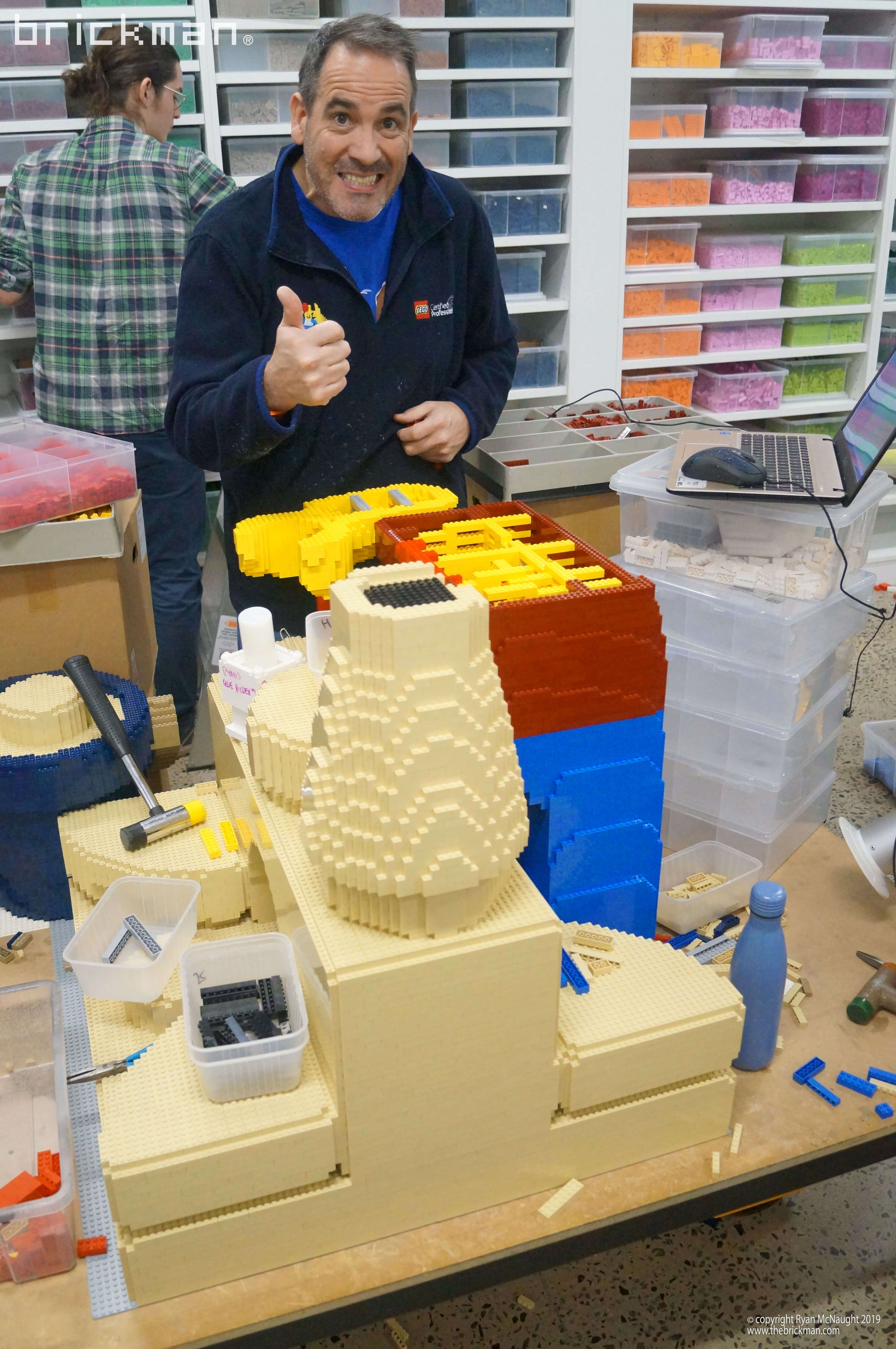 The first LEGO® Certified store opened at Robina Town Centre on the Gold Coast and we built a giant Sandcastle kid for it! All together it took us 135 hours and 26,763 LEGO® bricks to build. This model is the only one to feature scaled up LEGO® parts in the sandcastle. The seagull also contains a 1×1 pink brick brain! 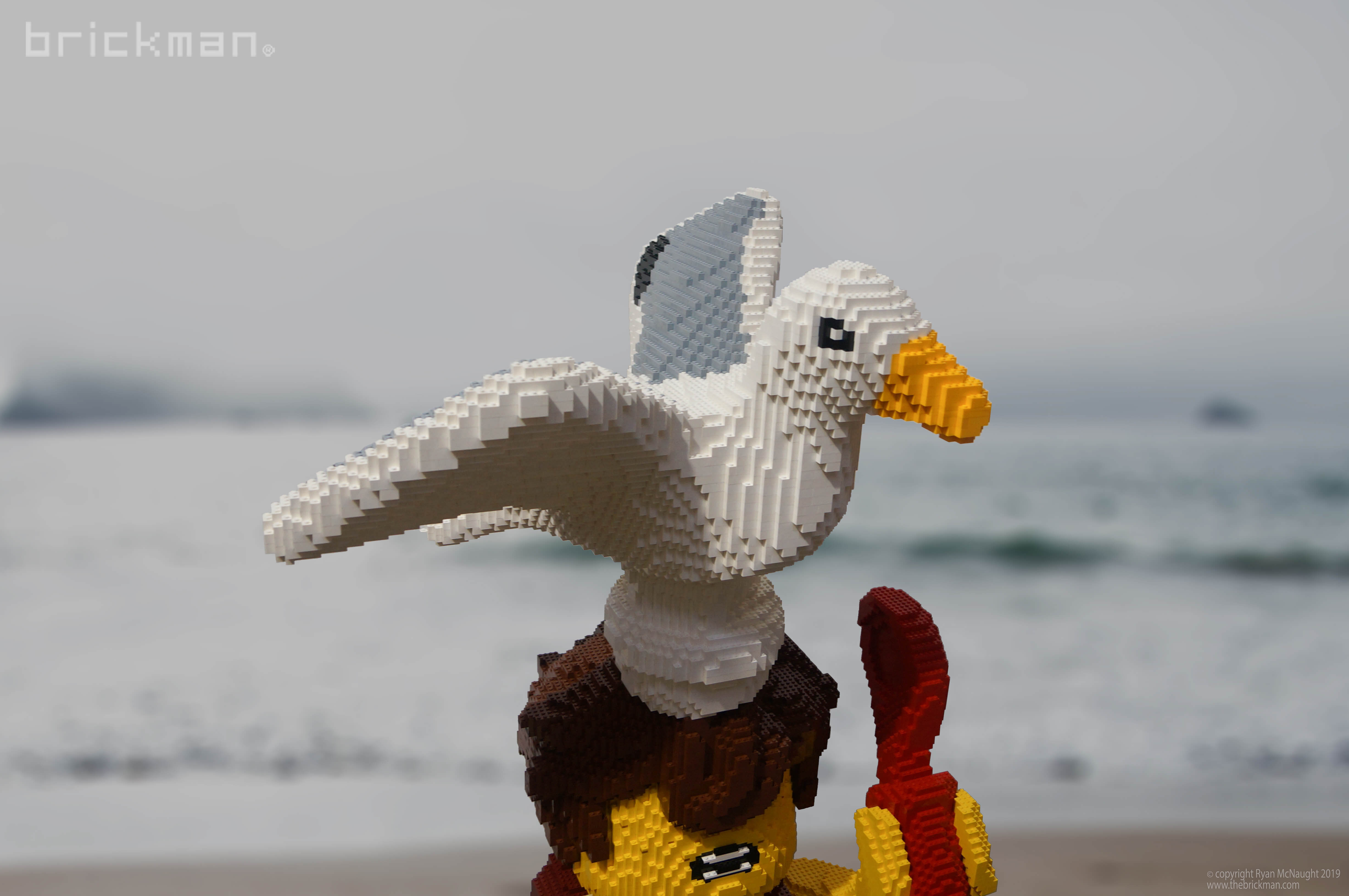 We also built a massive LEGO® mosaic of the Surfers Paradise beach and skyline which took 55 hours and 130,176 LEGO® bricks to build. 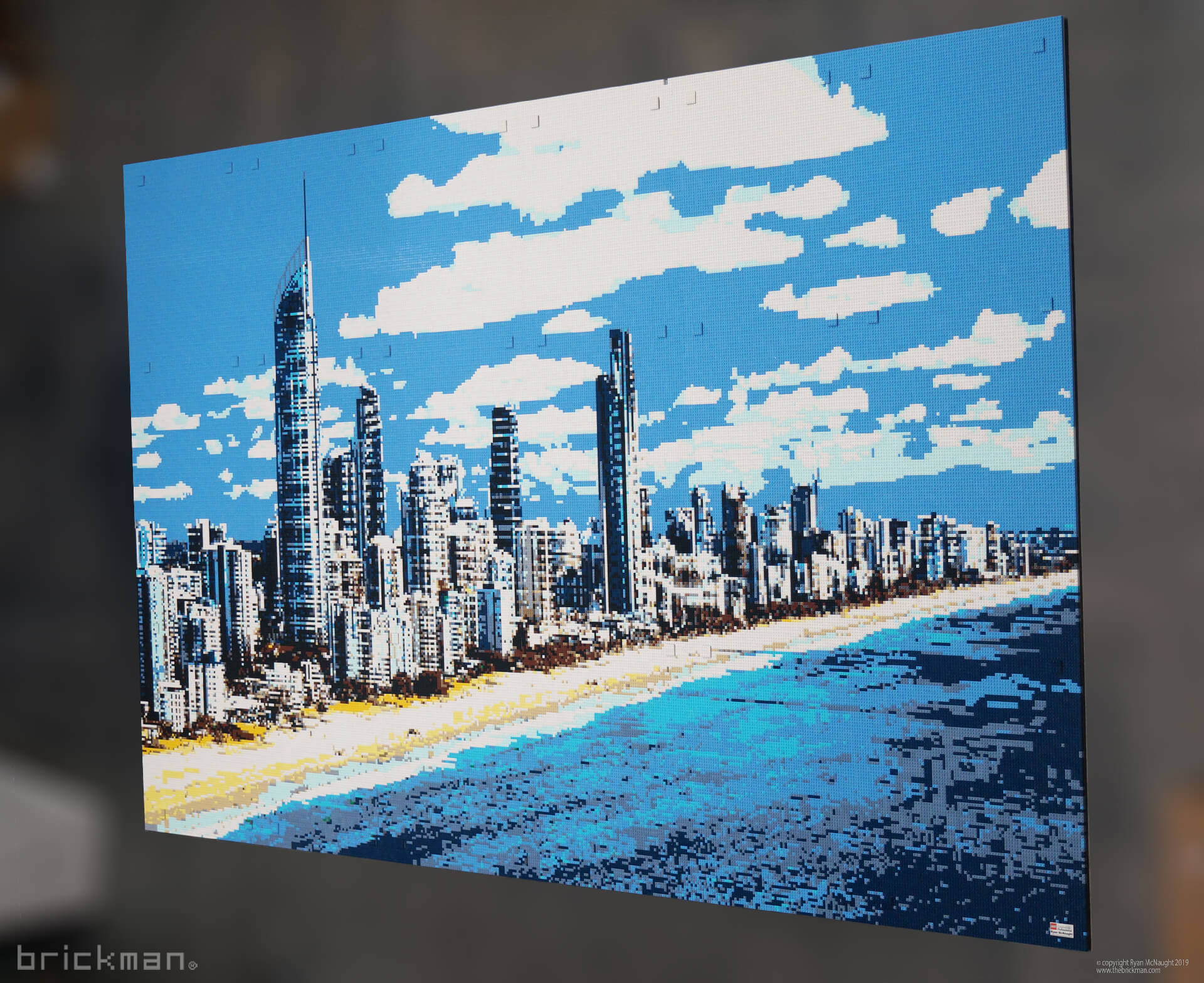 Here’s the second of the huge LEGO® minifig models. This model of two AFL players was made for Victoria’s first LEGO® Certified Store at Westfield Doncaster and took us 142 hours and 27,622 LEGO® bricks to build! 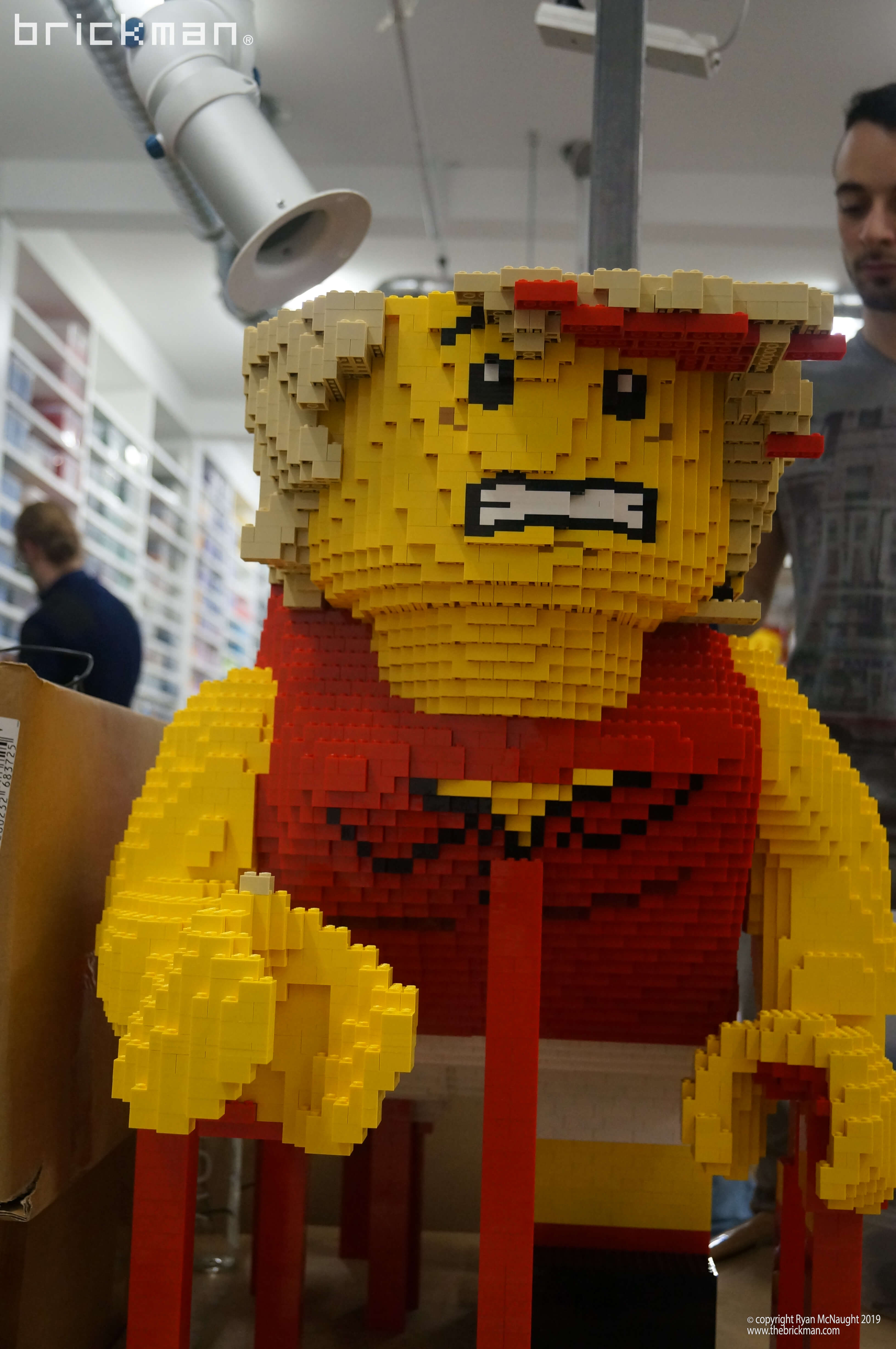 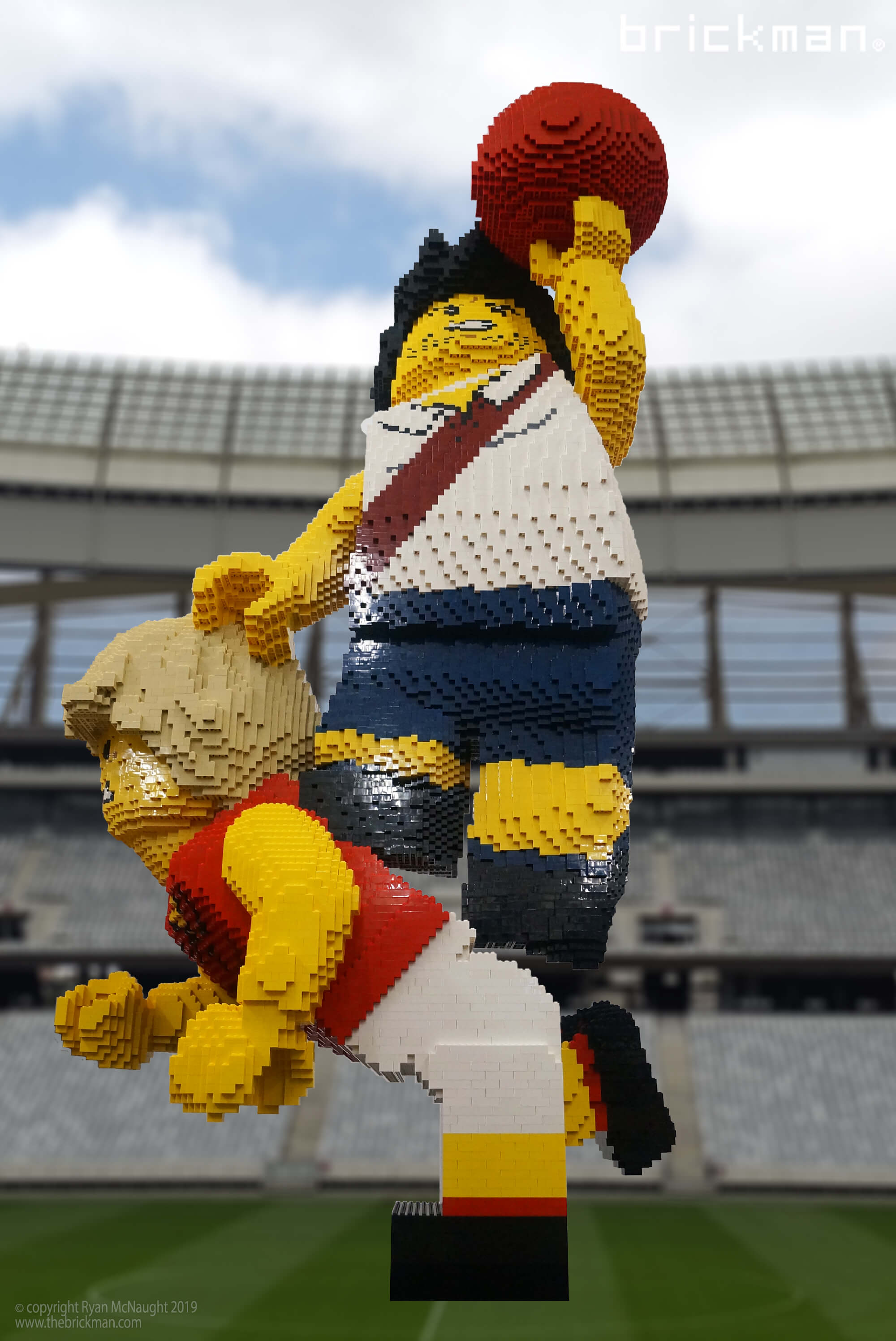 We also built an enormous vertical mosaic featuring a Tram and minifigs. We tried doing this mosaic a bit differently than most of our others by adding a lot more shading to the scene to soften the transitions between colours and light and shade. This meant it took us a LOT longer to build- over 429 hours and 88,470 LEGO® bricks to build! 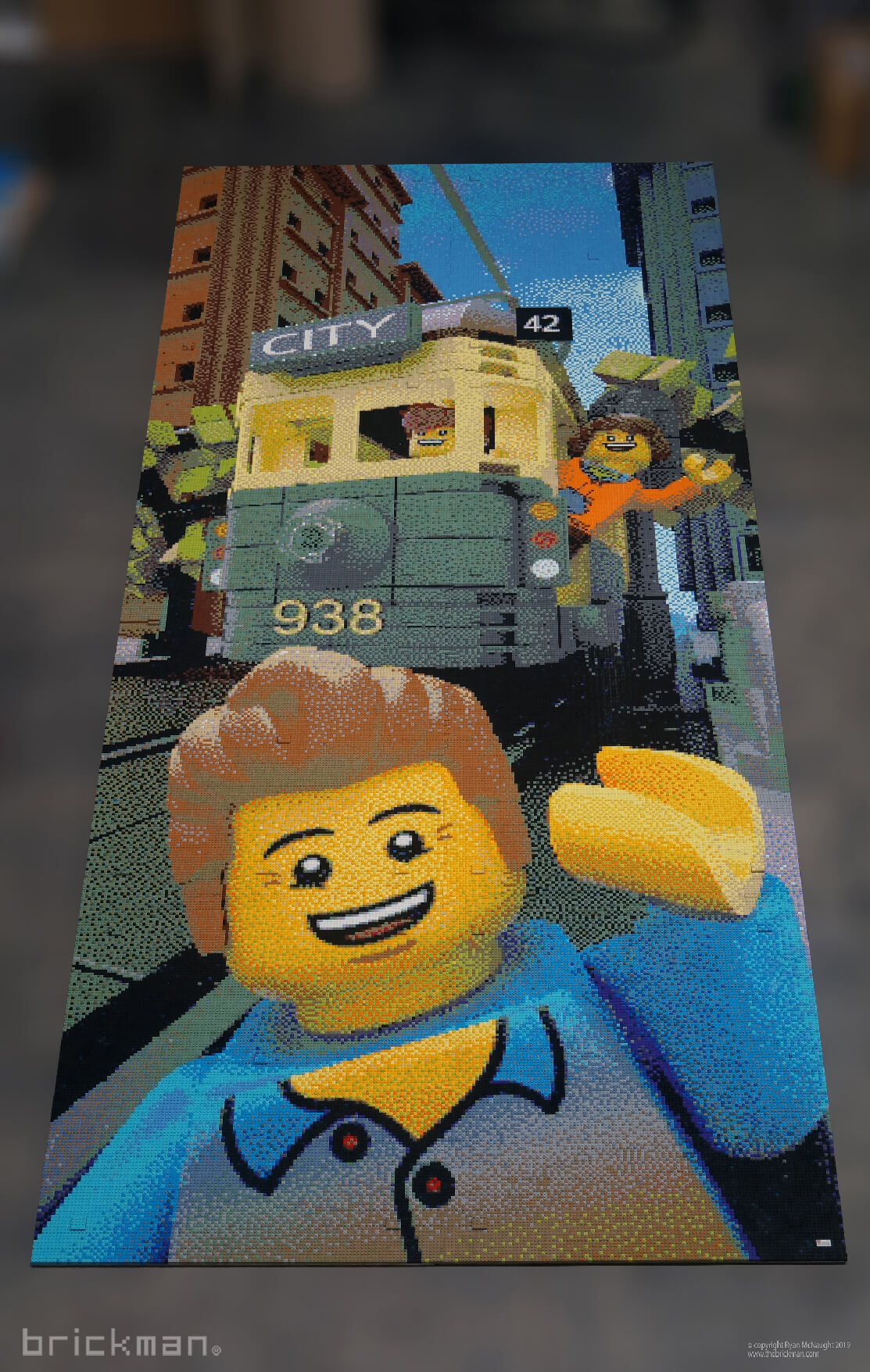 This giant LEGO® minifig Graduate was made for the LEGO® Certified Store at Broadway Sydney and took us 180 hours and 28,179 LEGO® bricks to build. In choosing and designing this model, inspiration was taken from The University of Sydney located close by. The model features a classic graduate cap, cat on the torso as well as a 2×2 brick pink brain in the model. 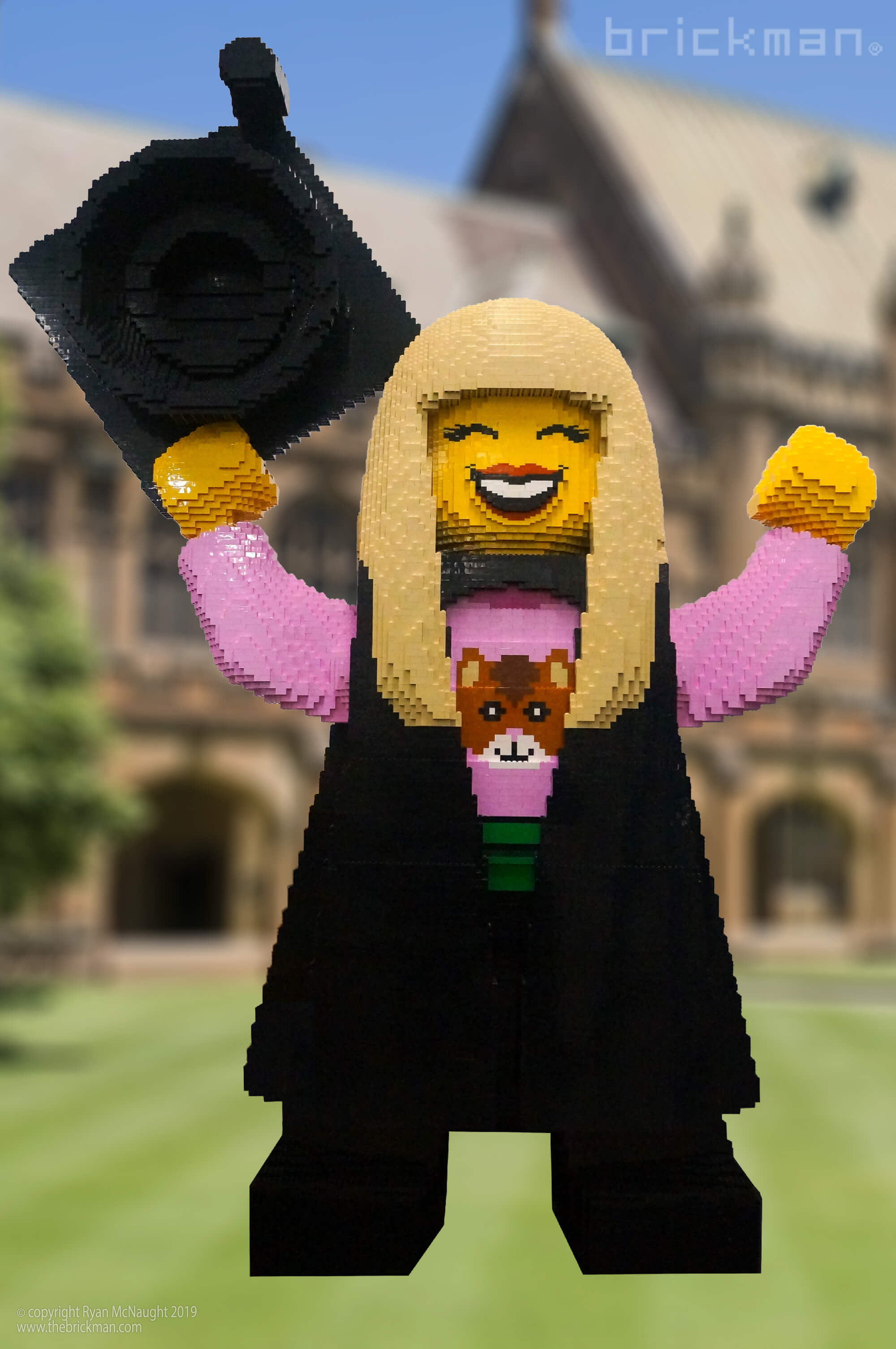 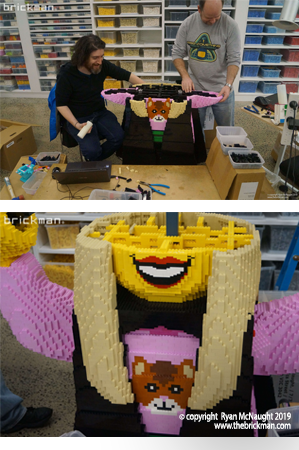 The store also features a tall skinny LEGO mosaic of library shelves starring some hapless LEGO librarians! We came up with the book titles ‘War & Piece’, ‘Moby Brick’ and ‘Lord of the Bricks’ ourselves! This mosaic took 124 hours and 51,769 LEGO® bricks to build. 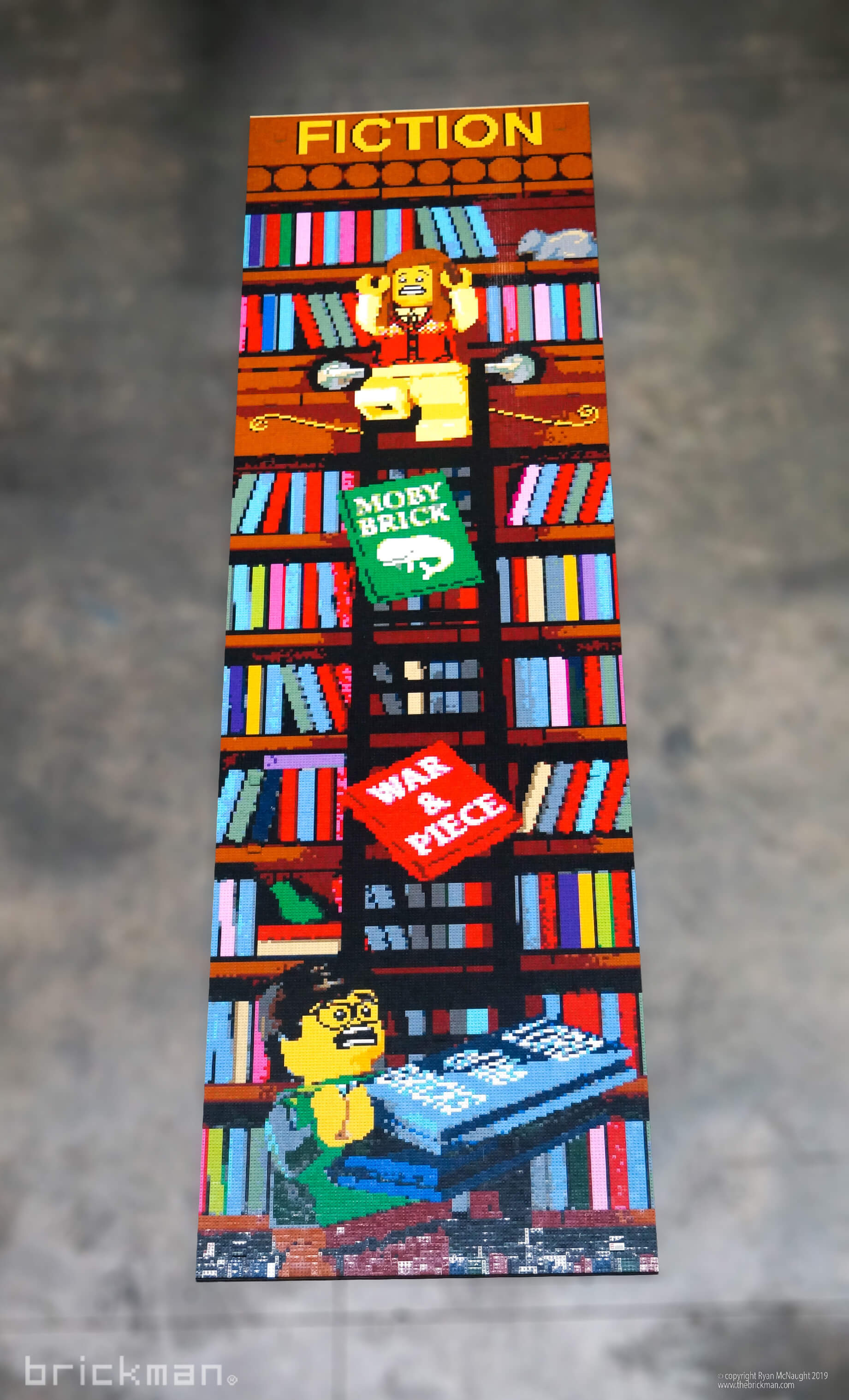 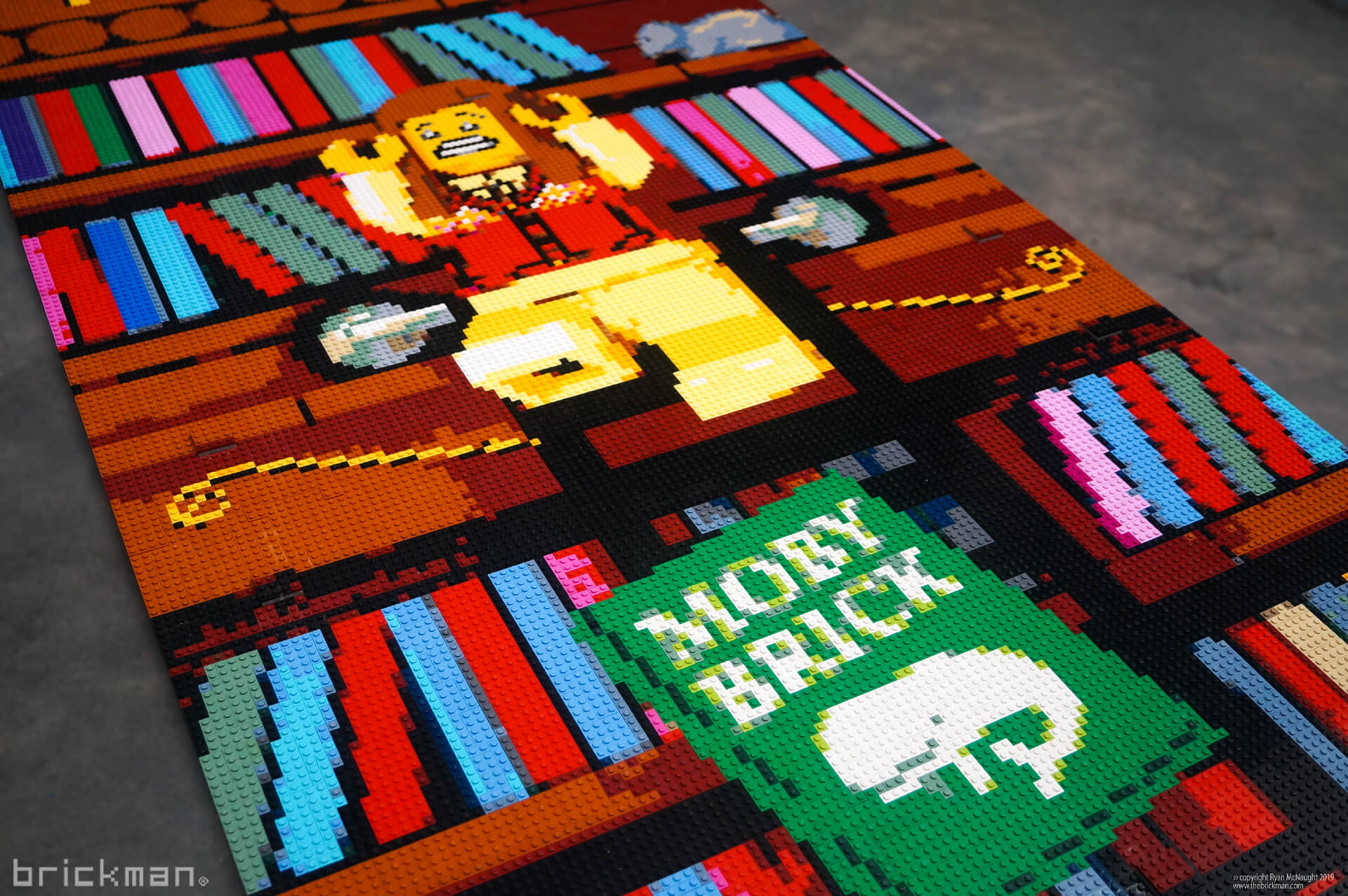 This giant croc and ‘Aussie Adventurer’ minifig LEGO® model was unveiled at Brisbane’s first LEGO® Certified Store at Westfield Chermside. It took us 396 hours and 70,011 LEGO® bricks to build- making it one of the biggest models we’ve made for the LEGO® Certified Store. It was also one of the toughest because of the enormous crocodile’s head learning out on an angle as well as the Adventurer’s wide-brimmed hat. 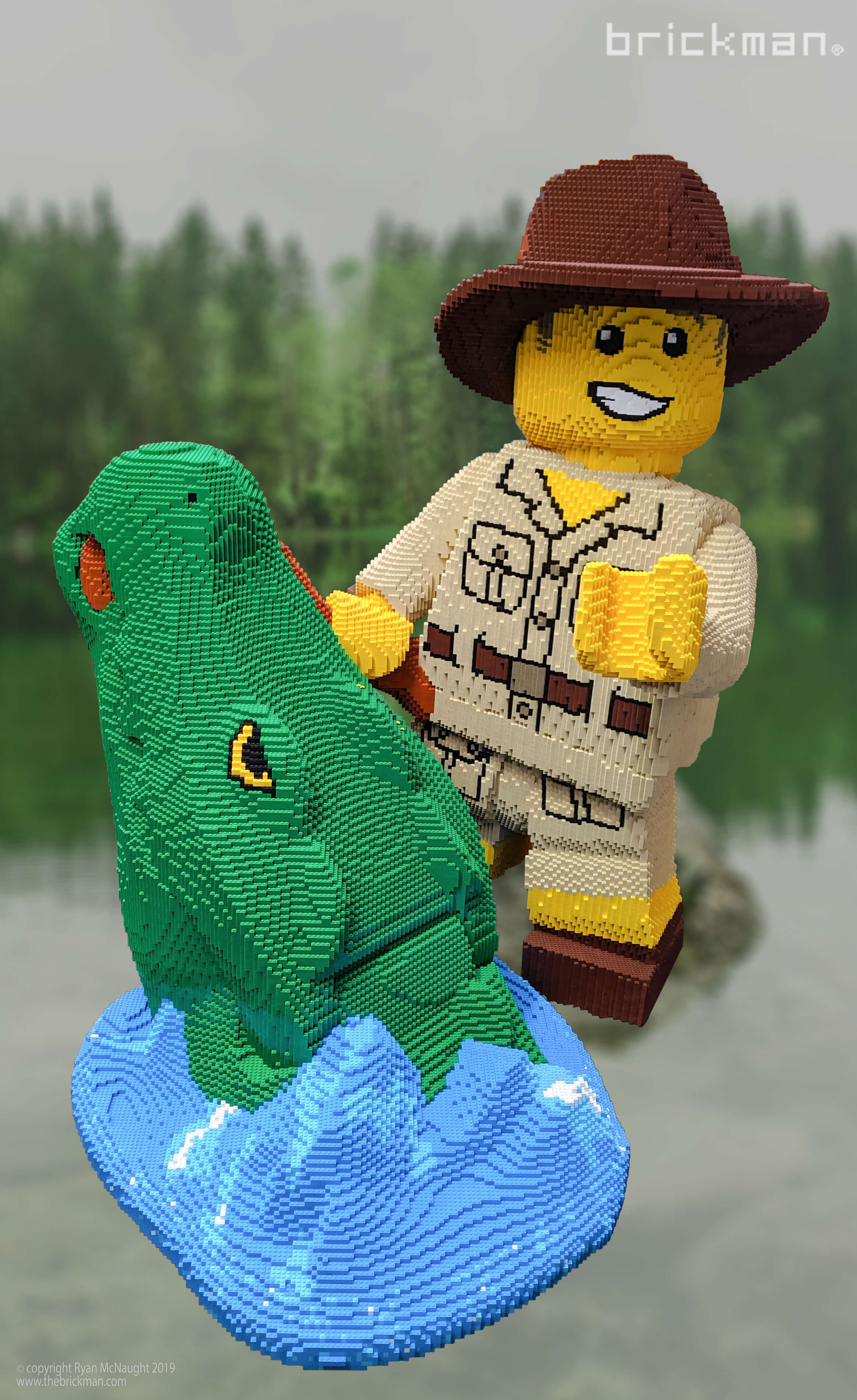 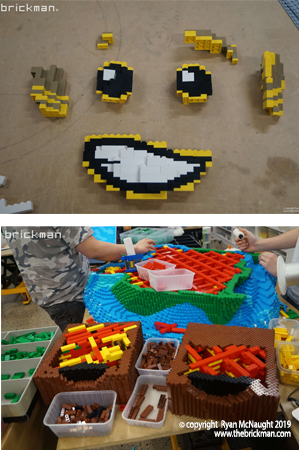 The LEGO® mosaic we built for this store was one of the most challenging mosaics by far due to the amount of crazy hard coloured bricks used! The image of the Story Bridge features beautiful pink blossoms along the bottom which needed 3 different shades of LEGO® pink to render correctly! The entire mosaic took 377 hours and 137,311 LEGO® bricks to build. 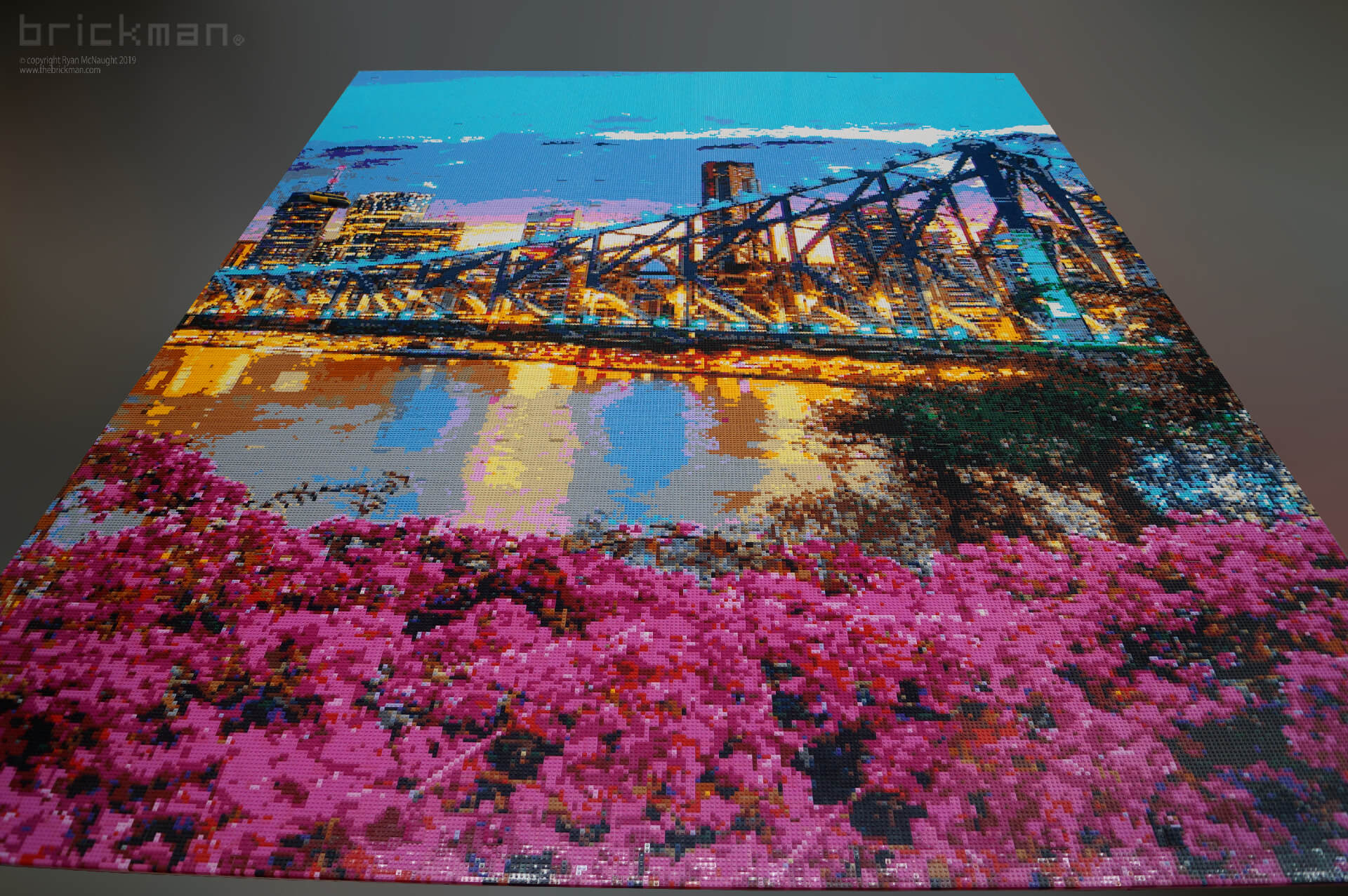 Watch us build the models in our timelapses below!