Well Brickvention 2010 is now over for another year!

It was unquestionably the best brickvention ever, with over 2700 people coming throught he doors on the public day!

The queue to get in went down flinders street, and around into Elizabeth street!.

I was lucky enought his year to be crowned the best in show for 2010 as voted for by the registered attendees on the saturday,
i feel honored and proviliged to win such a title given the amazing stuff that people had built, i have never in my life seen such amazing LEGO creations before.
Thank you to everyone who voted for me, i am truly humbled.

Please check out the gallery for the full pictures of the Airbus,  I am taking it to Brickworld in Chicago in June, which will be a marathon effort, given it weighs 55kgs. 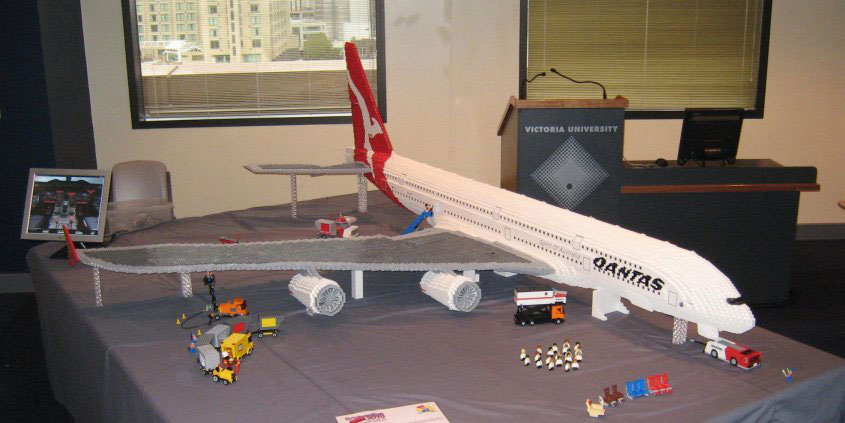 Some Specs on my Qantas Airbus A380:

Also a huge thanks to Alan my father in law who helped me show it off, he was busy giving the remote control to the kids to fly the plane,
while i was talking about it and answering the myriad of questions.