When Ryan presented the Brickman team with the opportunity to build whatever that wanted for Brickvention, Mark’s mind went immediately to dragons! Titled “The Sad Tale of Sir Warick the Overconfident”, Mark’s finished LEGO model is dominated by an enormous brick-built dragon blasting a single unfortunate knight, Sir Warick, on horseback with its fiery breath. 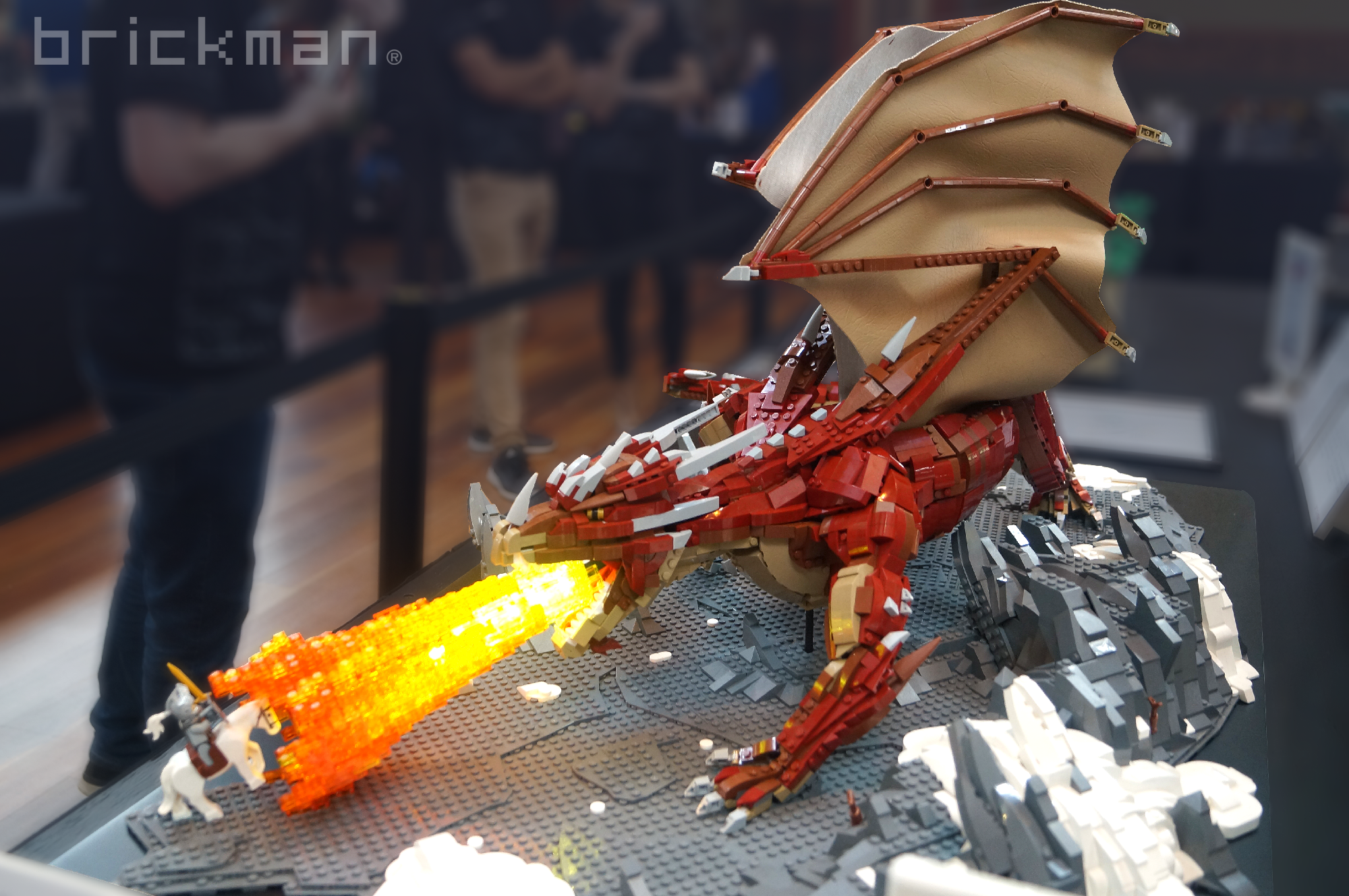 Mark has always loved Dragons and this model is a homage to one he built many years ago for the Sydney Brick Show as an AFOL, which featured a similar colour scheme. While he initially planned on building a model much larger, he soon realised that building something minifig scale was enough of a challenge! 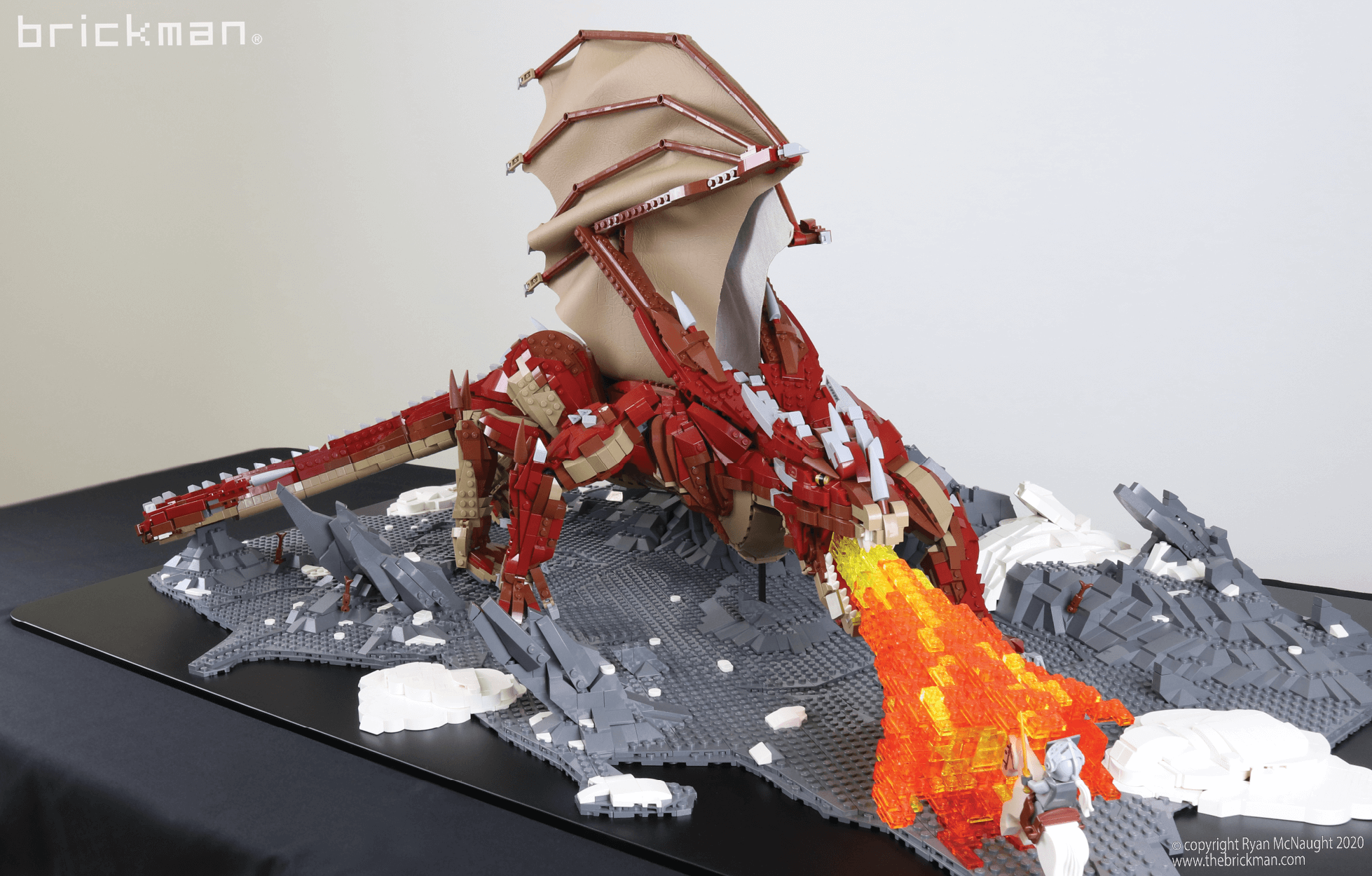 Getting the dragon posed right was essential to give the dragon a suitable sense of menace and life. Mark always imagined dragons as giant cats- slinking, but powerful. He used a lot of LEGO ball joints and clip hinges to get the limbs posed just right and still stable enough to support the weight of the beast. 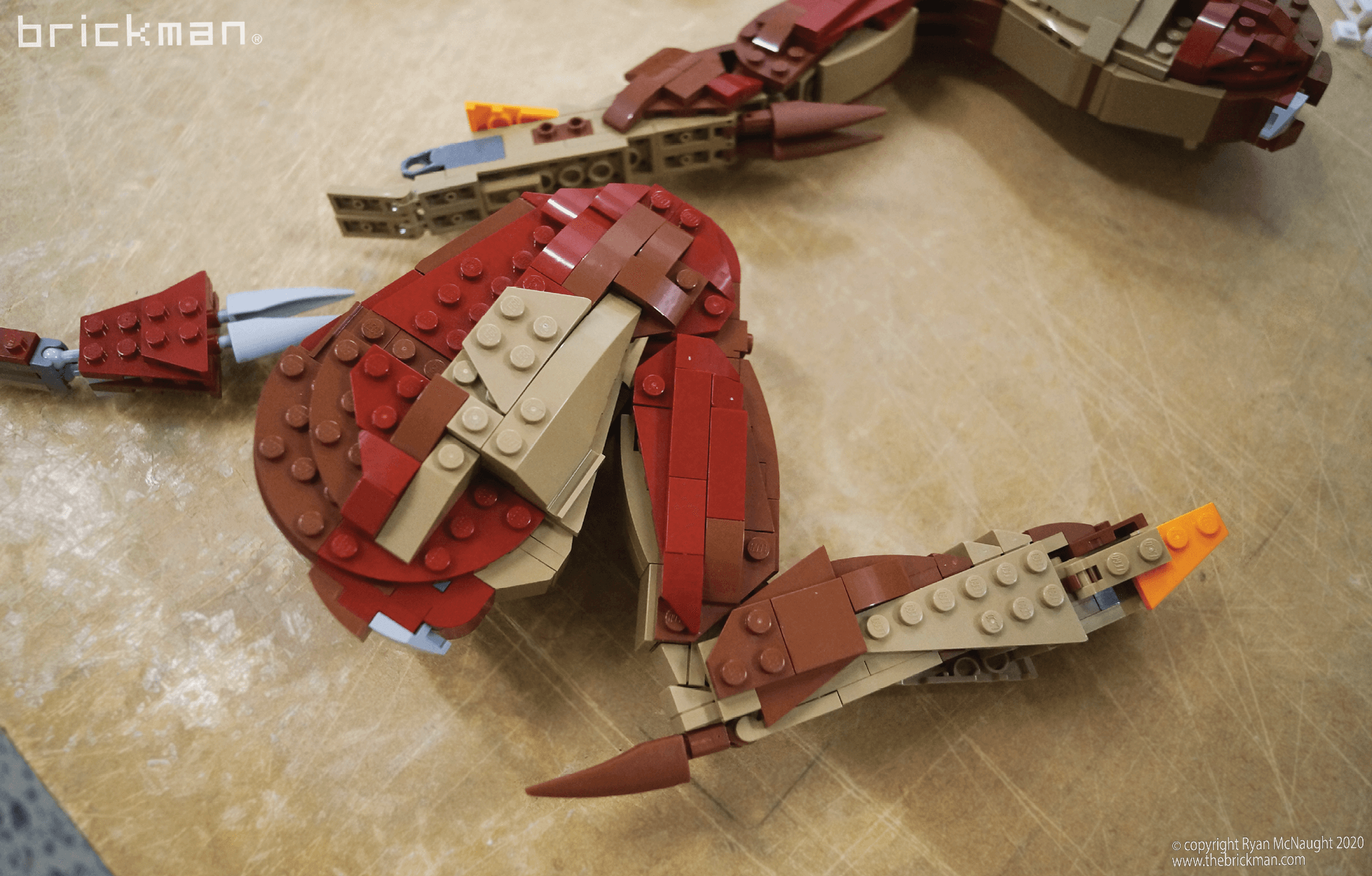 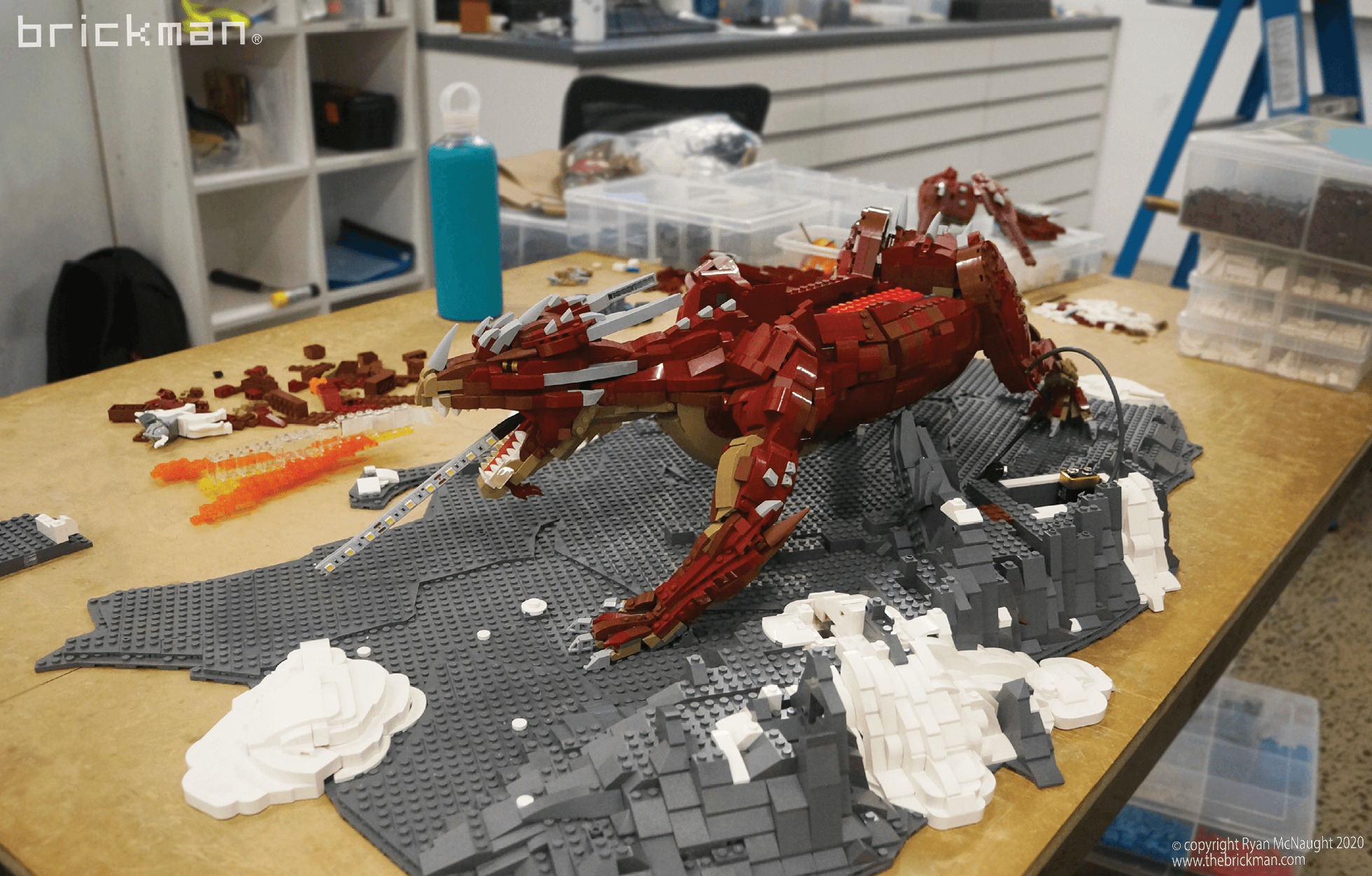 However using these opened up a lot of irregular shaped gaps between the straight sections of the model. Filling these was probably the toughest part of the build for Mark, but the wide array of new LEGO slope and wedge pieces certainly helped. Even so it took a lot of awkward part combinations to get some of the pieces angled correctly! 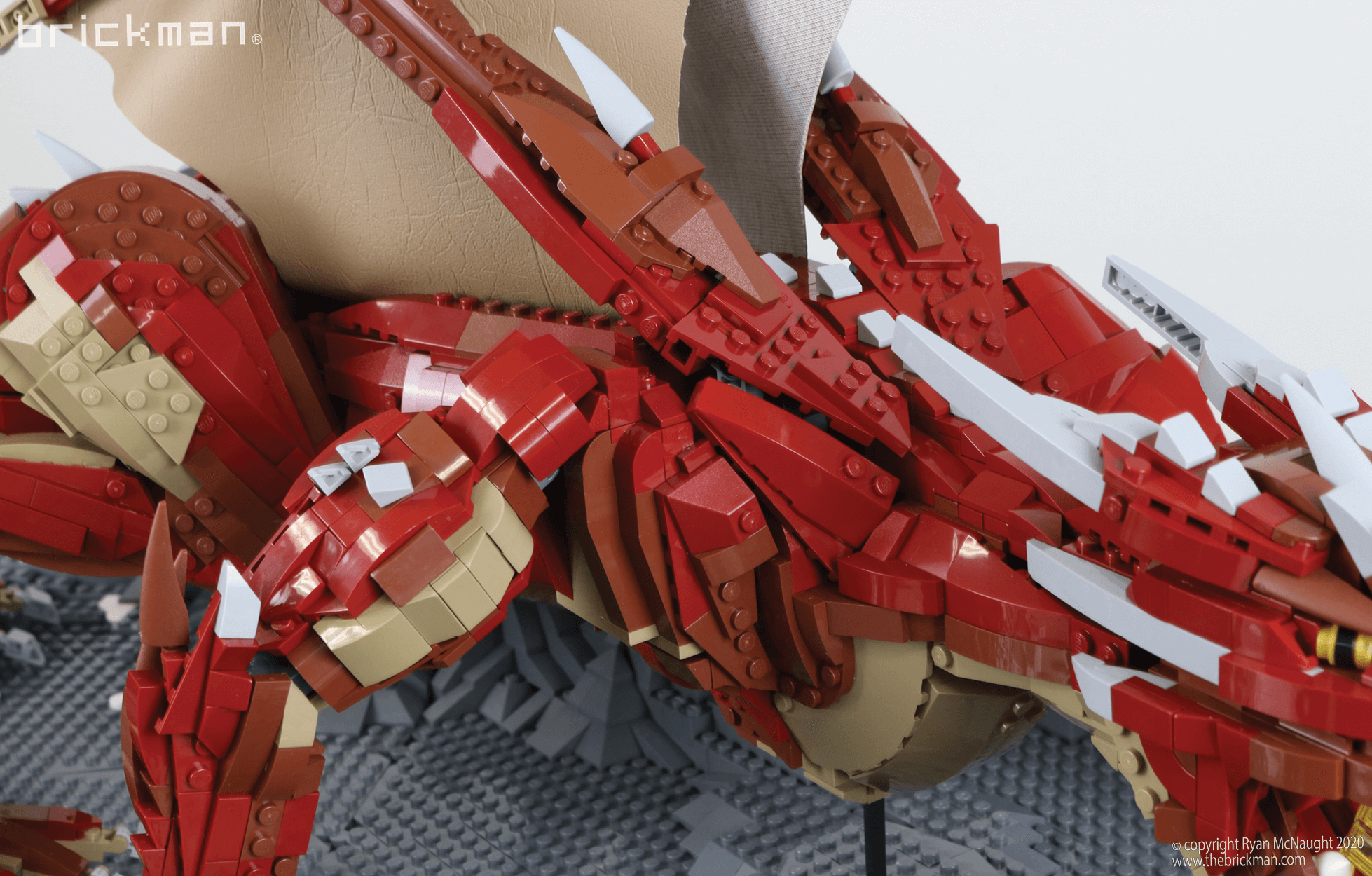 Mark wanted to add lights to the dragon flame to really bring it to life, but this created a whole host of challenges! The battery box for the LEDs had to be hid inside the rocks behind the dragon, so the cable actually runs all the way from the dragon’s mouth through its body and out of the far side into the rocks. 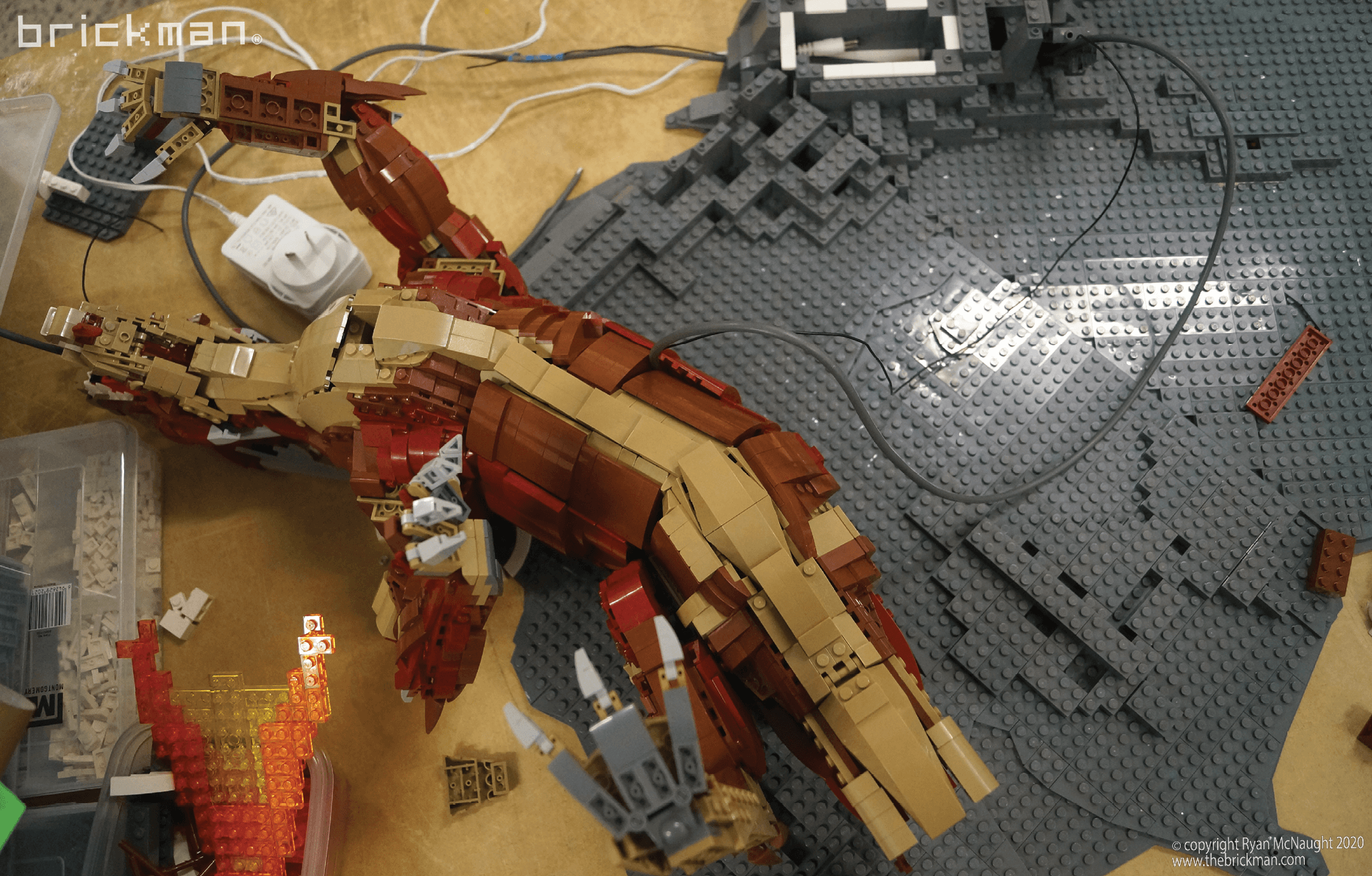 One of things we need to think about with our models at the Brickman is transportation- so Mark designed  the wings as a separate plug that could be removed for transport.

The wings themselves also presented a challenge- how best to represent the leathery skin between the wing’s “fingers”. In the end Mark found a pleather material that was almost perfect colour match for LEGO Dark Tan and gave the wings a great organic texture. Mark enlisted the aid of colleague Tracey to neatly stitch the material to the LEGO Technic and results look fantastic! 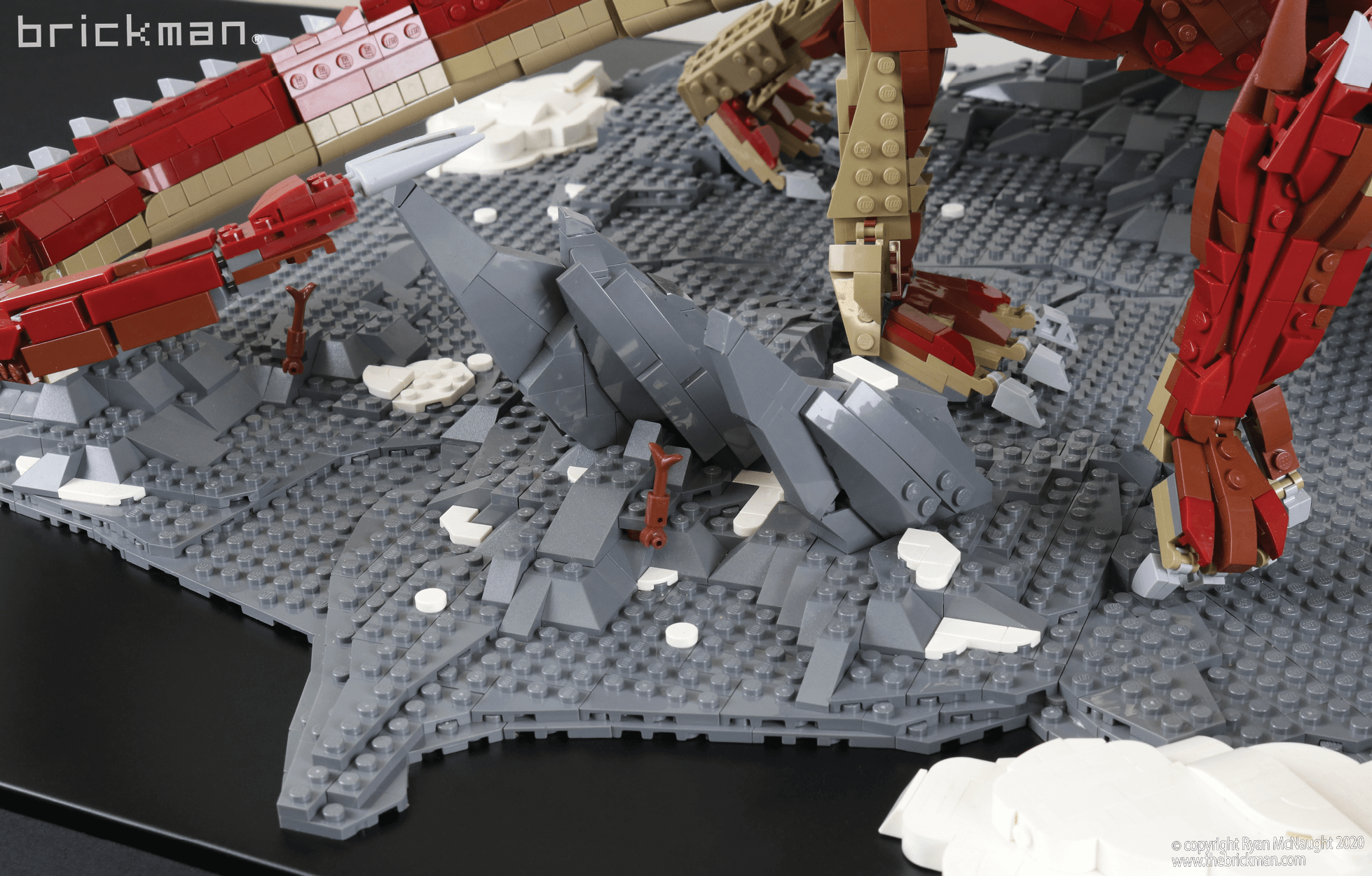 In total the dragon took him 111 hours to design and build and 10,665 LEGO pieces to construct.

Watch Mark talking about the build in our video: