When our workshop assistant Adam realised that he was going to get to build his first LEGO® brick model for Brickvention he was initially not sure what he could possibly build. But then he hit upon the idea of building a lifesize keyboard. 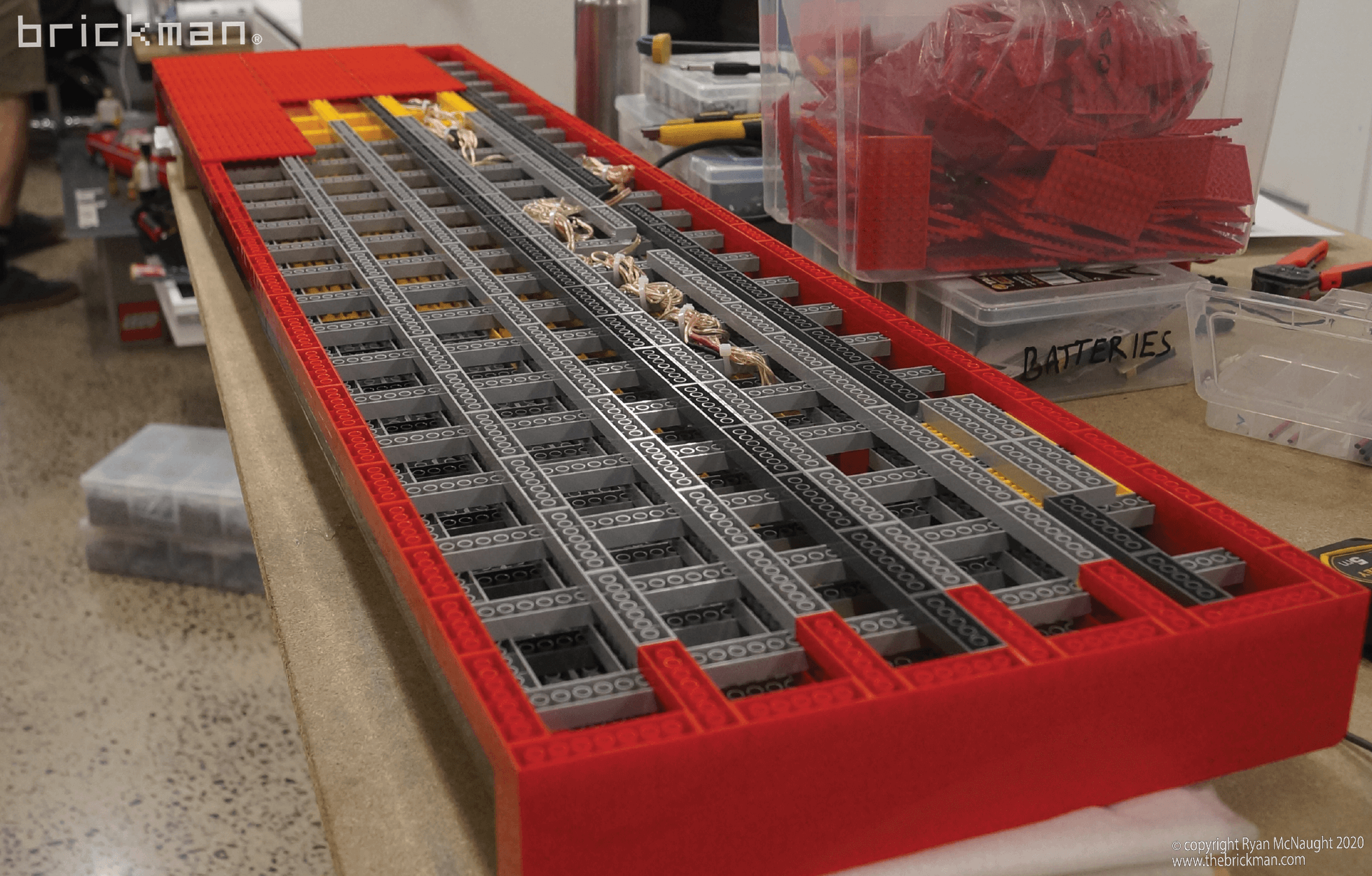 He remembered his first keyboard was a giant Nordstage 88- and being fairly rectangular meant he thought it wouldn’t be too difficult to build given he’d never built LEGO since he was a kid! 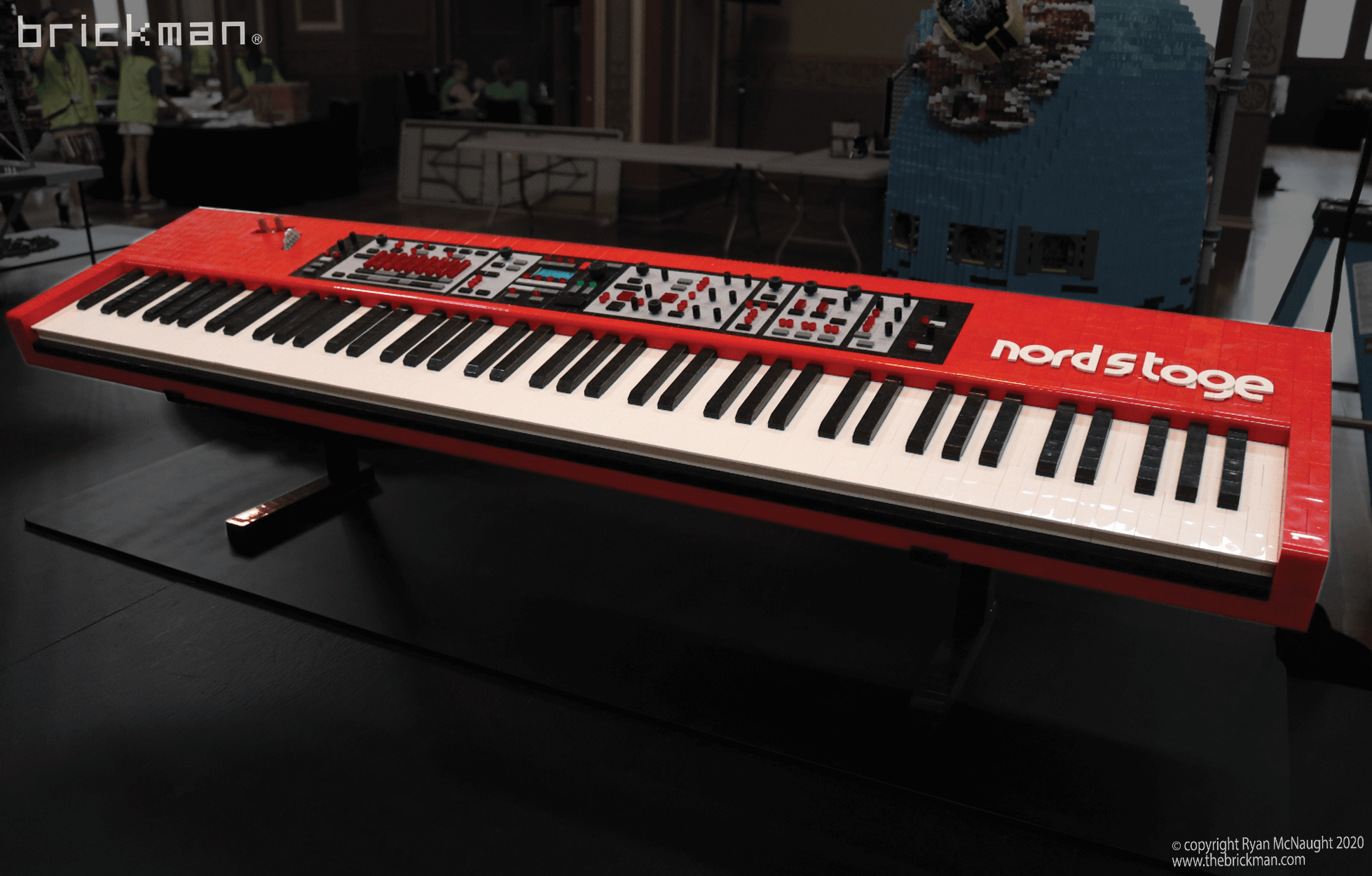 He decided to build it red, as that was the keyboard’s most iconic colour and challenged himself to install working lights in the model. The lights even turn on by sliding a LEGO tile and are powered by the single cable coming out the back, just like the real keyboard! 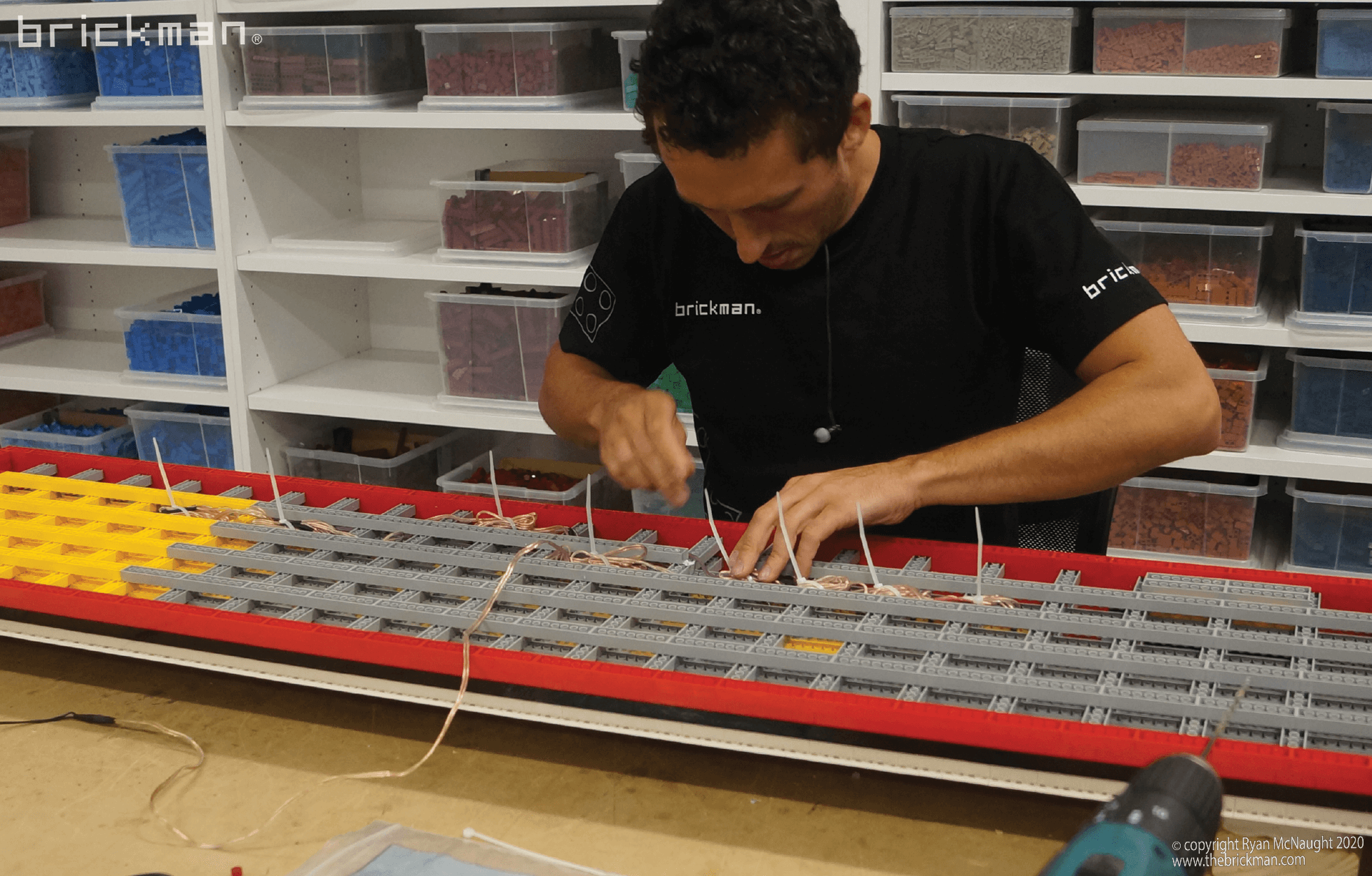 Adam spent a long time mapping out the controls, including the angled modulation and pitch controls, to get it as close as he could to a real keyboard. 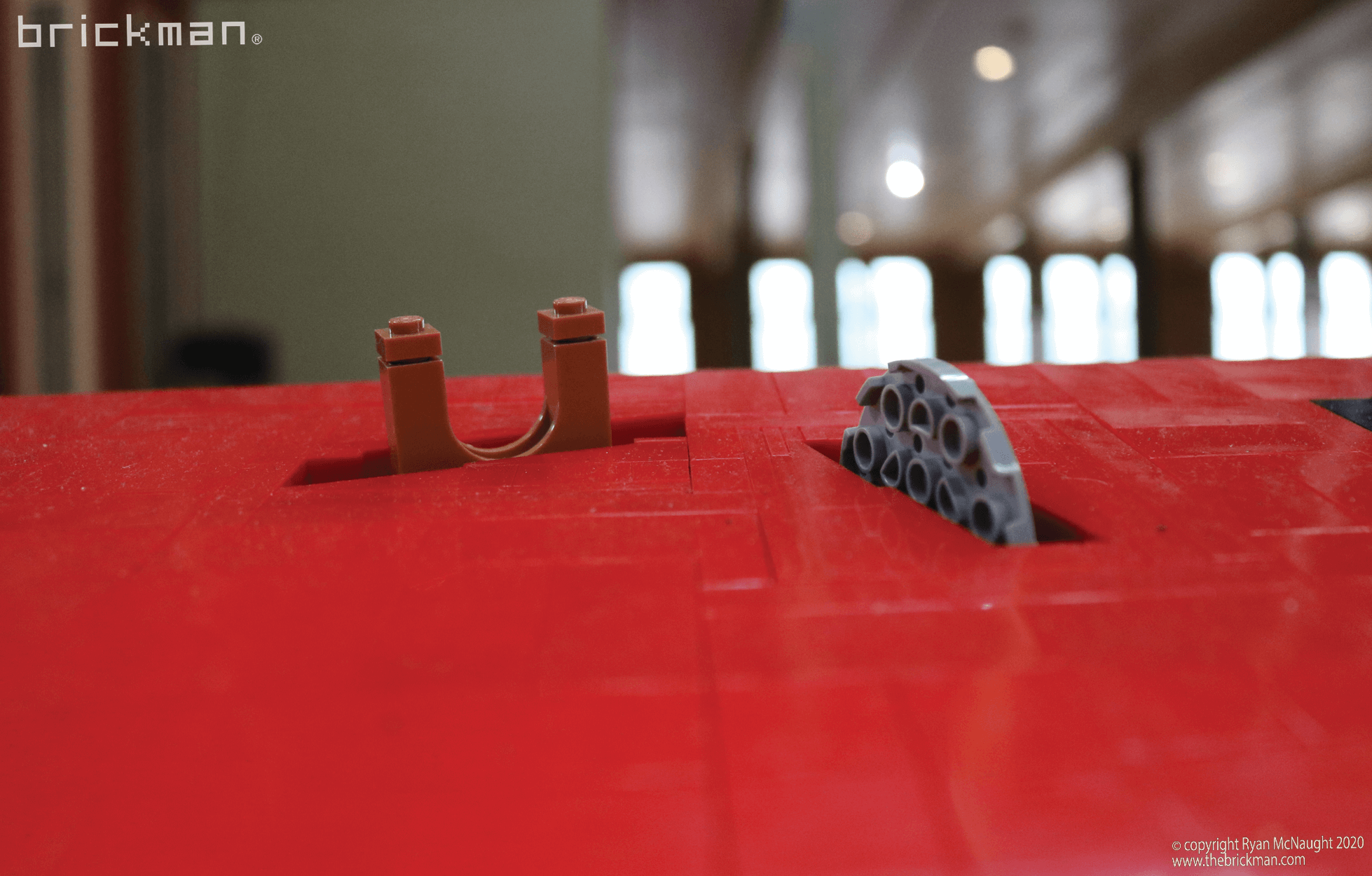 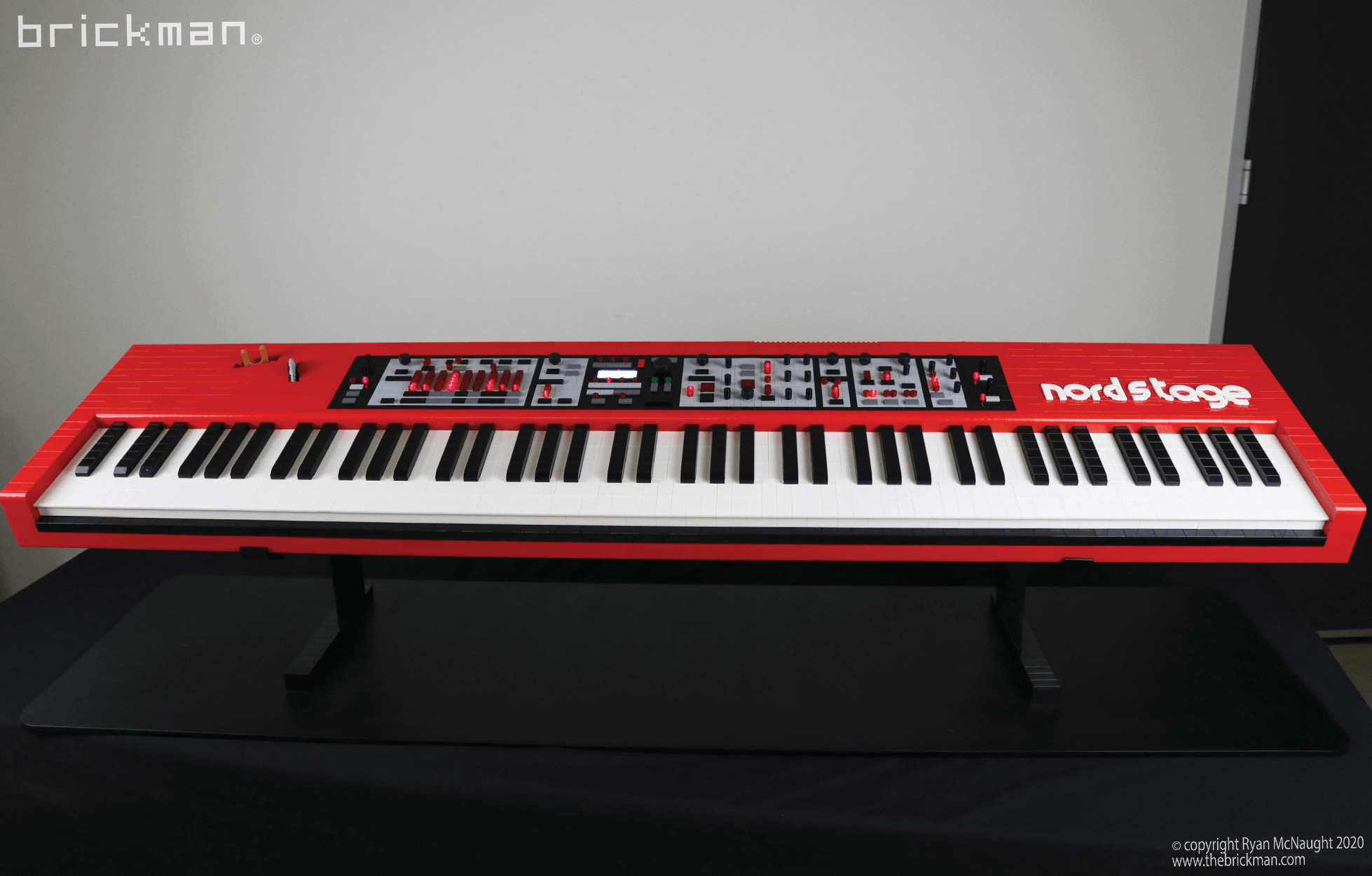 He used curved plates mounted sideways for the grille at the back as well as re-creating the Nordstage logo using curved tiles. 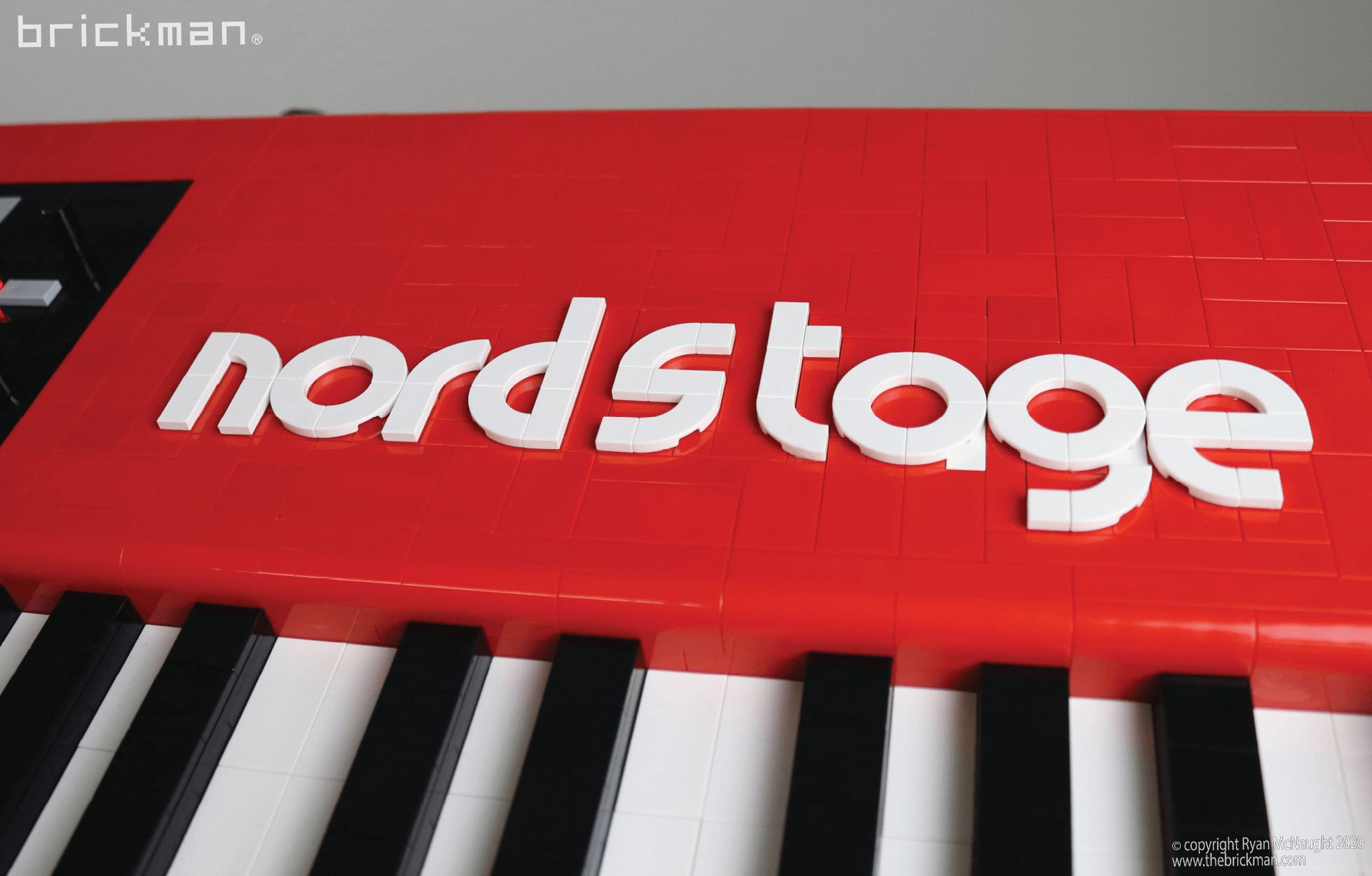 Watch Adam talk about the build and see some of the working features in action: