For his Brickvention model Darren went back to one of his favourite themes- Steampunk! For those who don’t know, Steampunk is a kind of fantasy future based on steam-powered technology.  A long time fan of the aesthetic and and airships meant Darren quickly had a good idea of what his model would look like and he started designing the model in the Bricklink digital LEGO design program Stud.io. Darren loves building small details so some of the first things he actually built were pieces of furniture and decorations to fit in the interior of the ship. 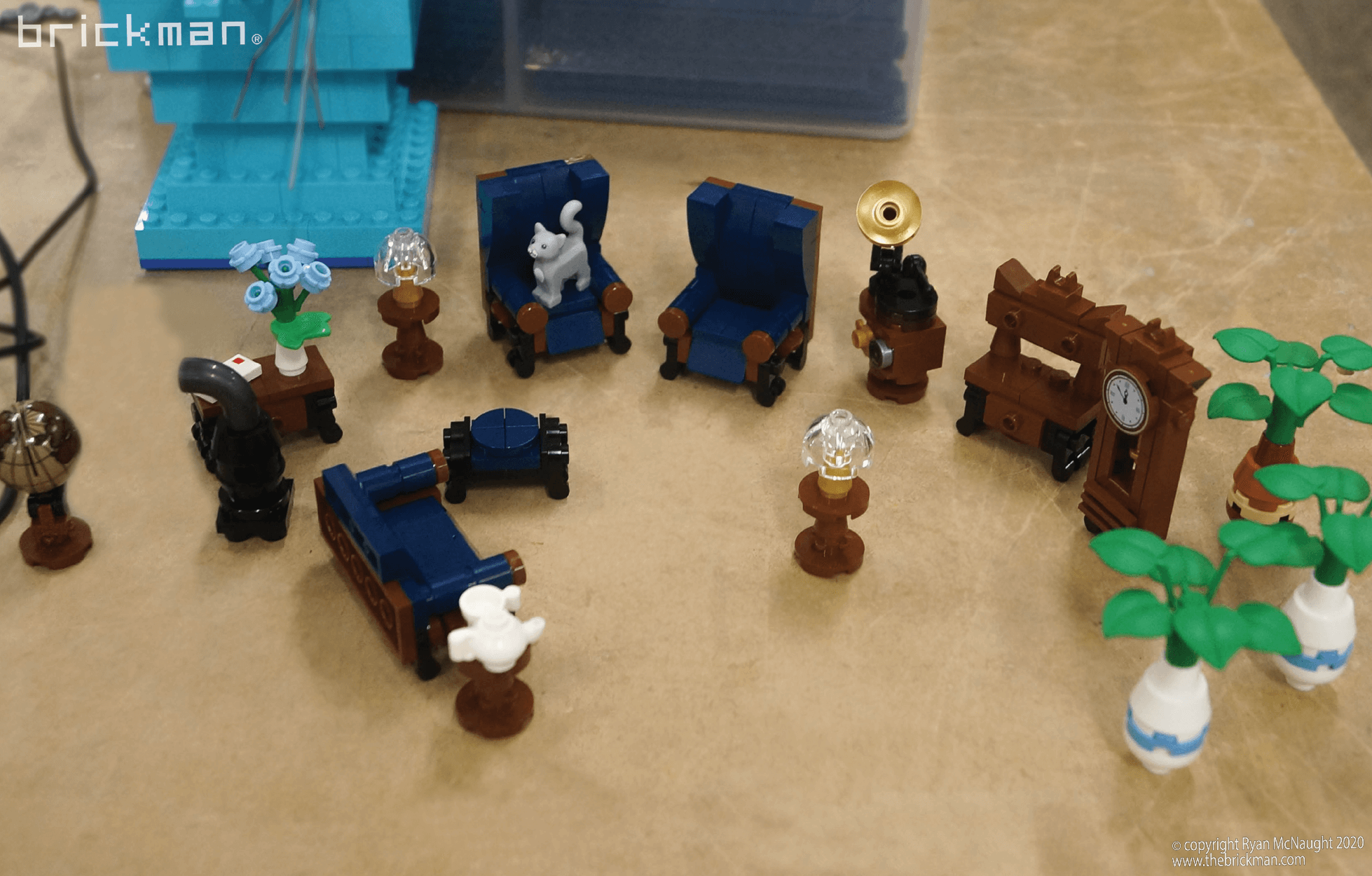 The individual levels of the ship were all designed and built as individual modules, each with removable panels so that people could see inside the ship to its inner details. 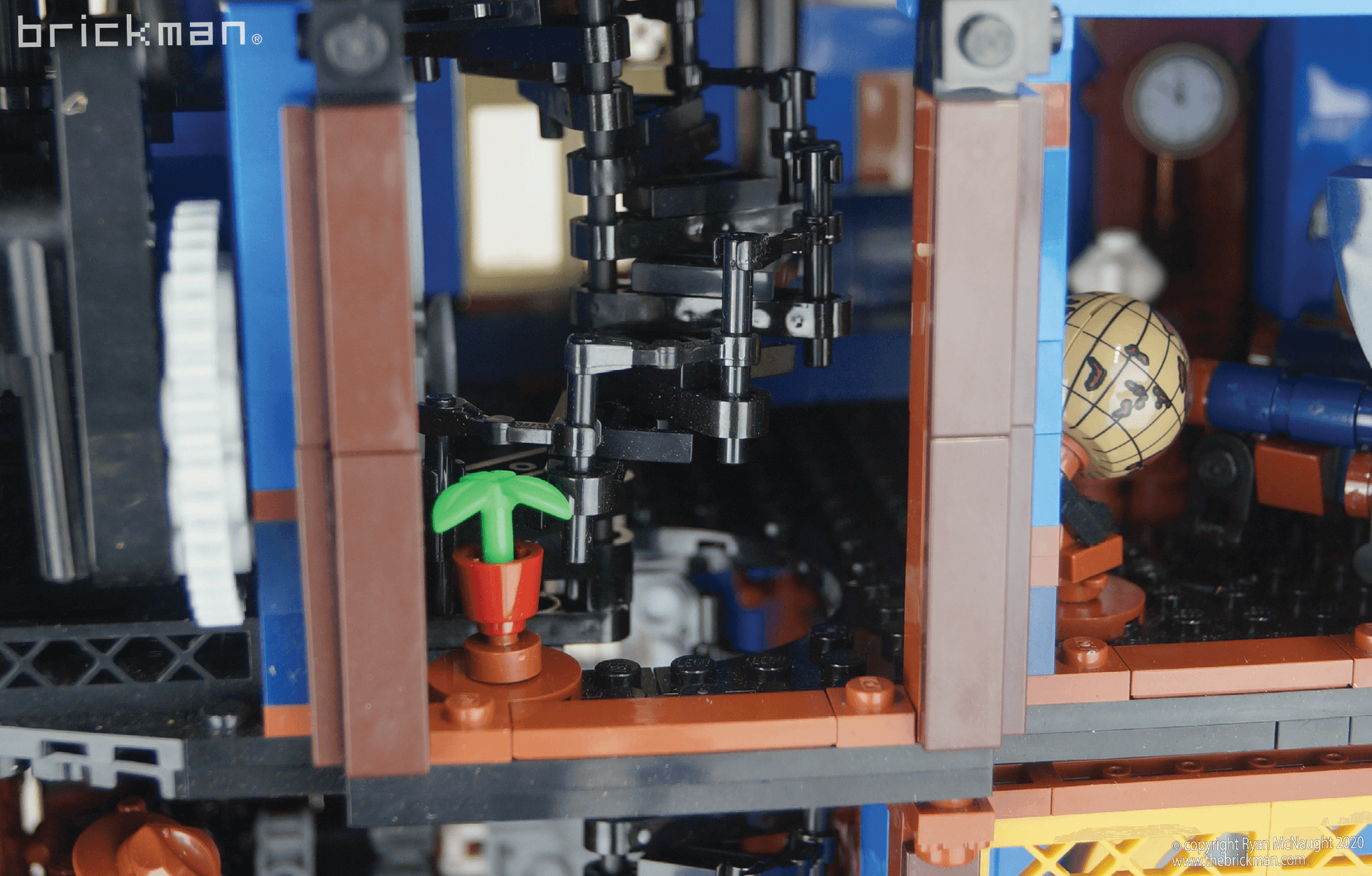 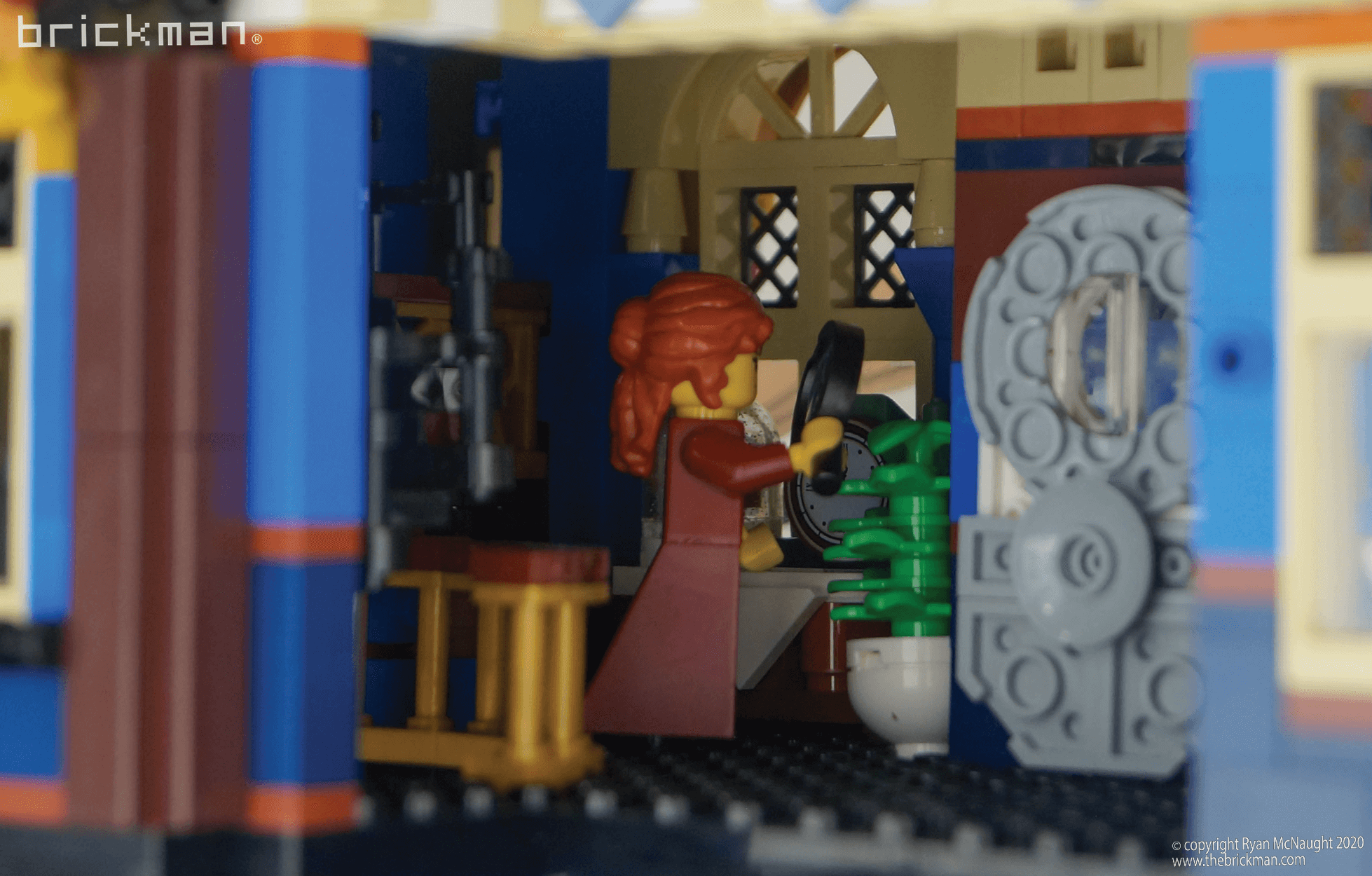 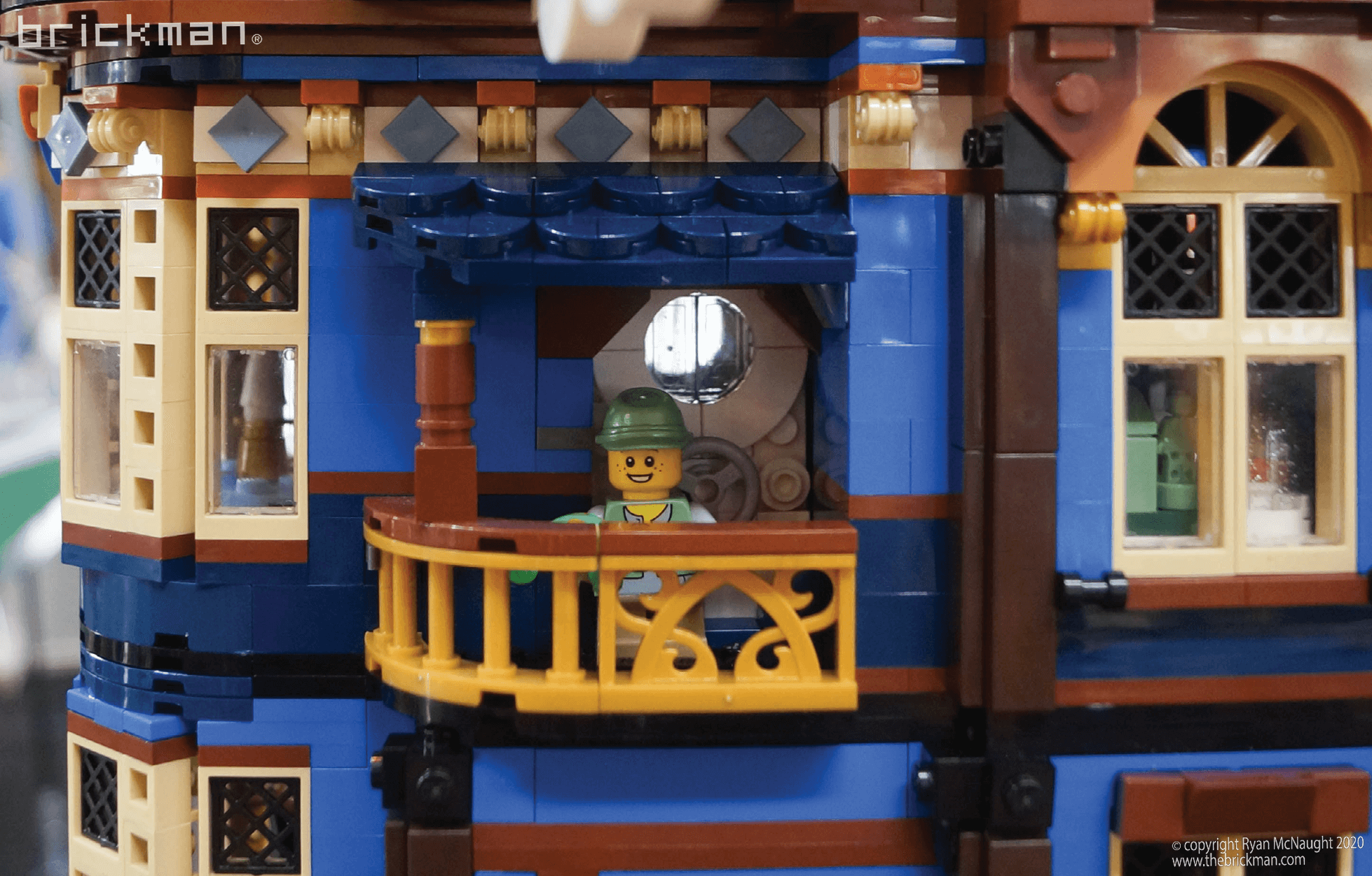 Probably his proudest achievement on the model is the motorised mechanism which both flaps the wings of the ship as well as turn the propellers. 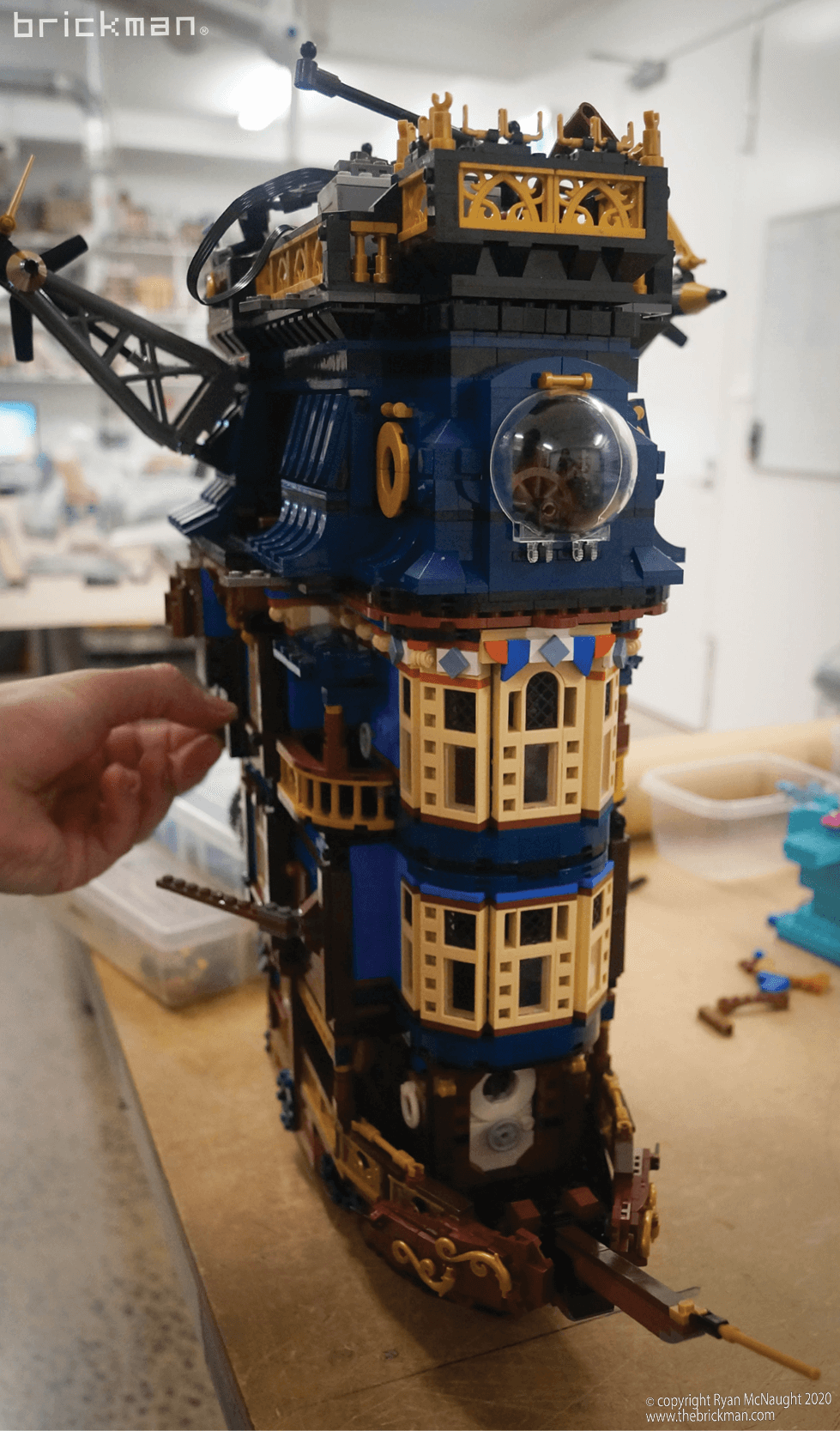 The motor, battery box and activation switch he hid inside the impressive Steam boiler engine on the top deck. 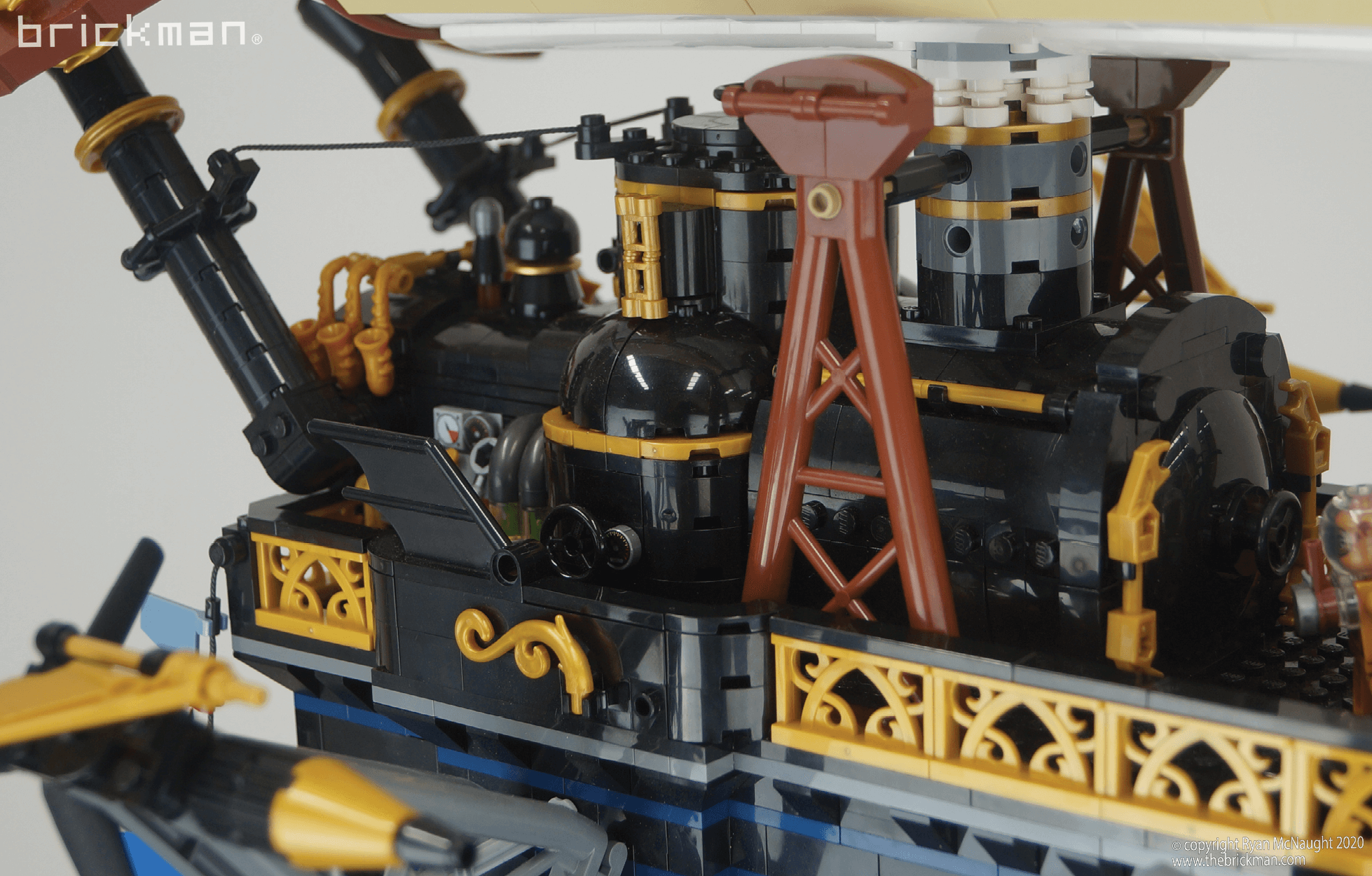 The hardest part for Darren of this build was actually turning it from a digital model into a display-able reality. With gravity pulling at the model he had to redesign and reinforce as lot of the model to keep it together and allow it to be mounted on a single metal post. The post itself Darren wrapped in silver material which really helped it disappear! 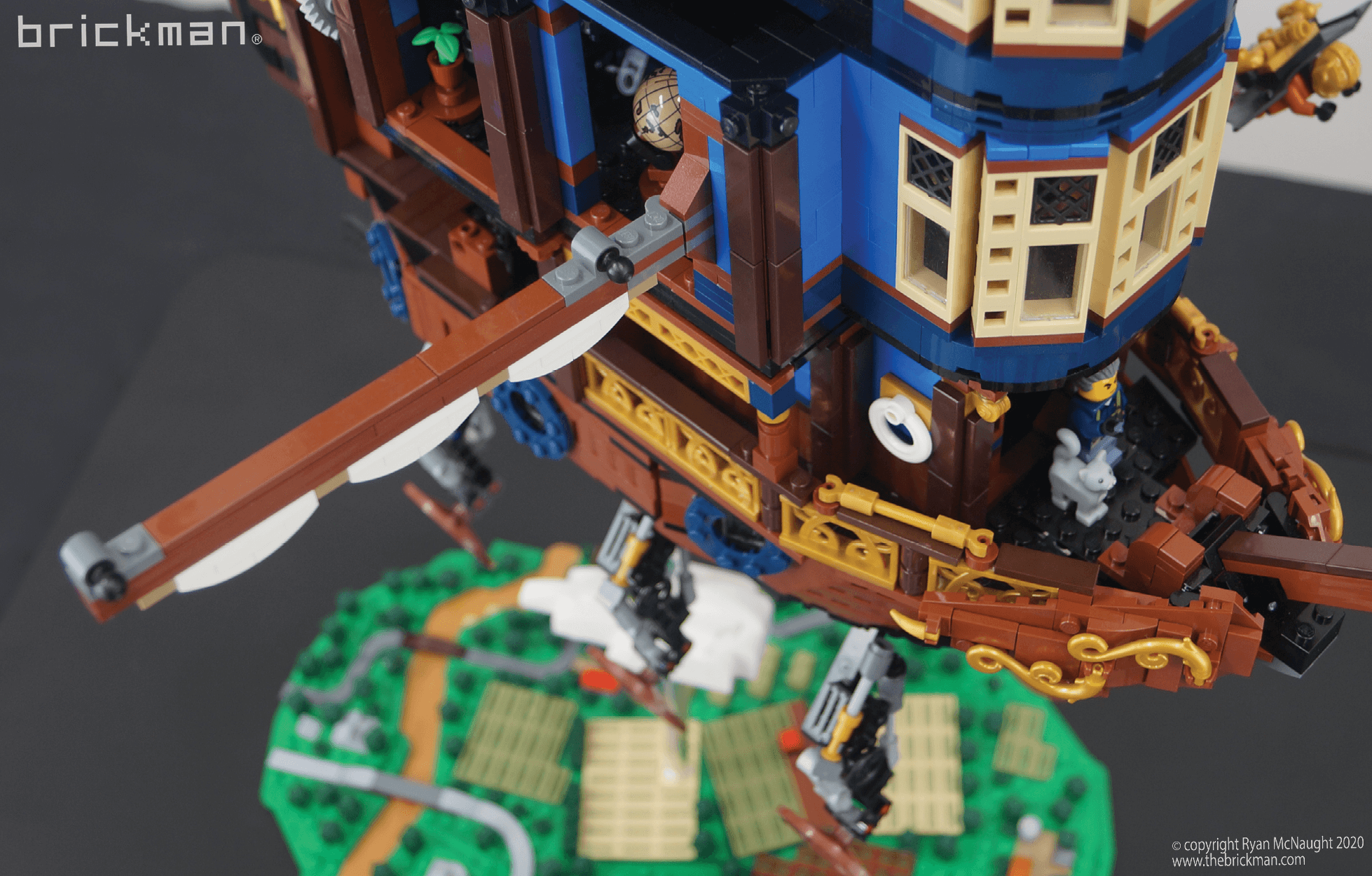 To add to the sense of the model floating Darren also built a microscale English countryside and cloud beneath the ship. 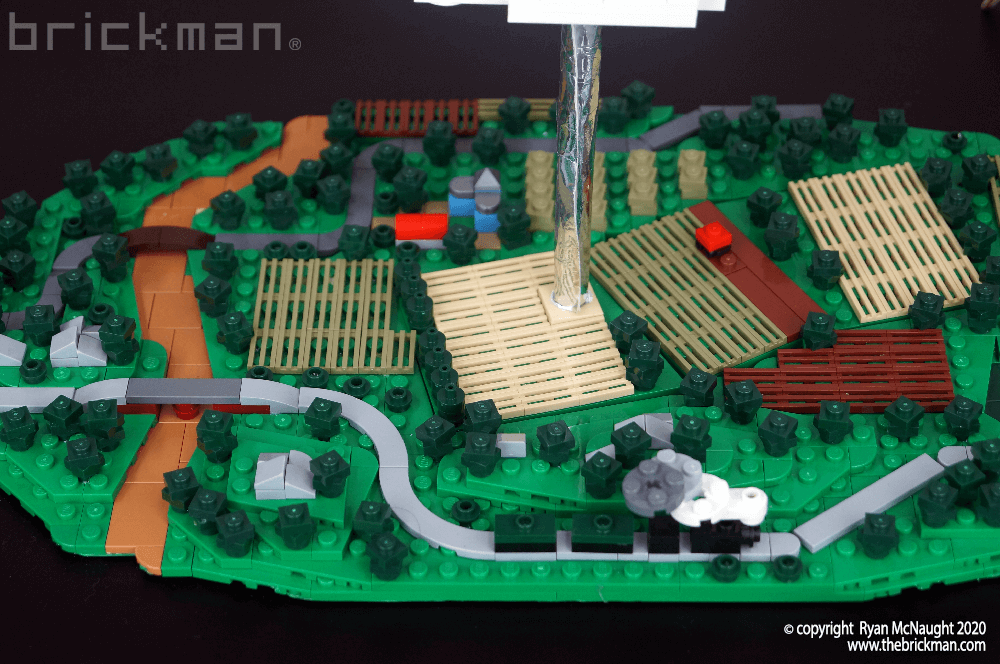 In total the ship took him 130 hours to design and build and 8,753 LEGO pieces to construct. The model he named “The Oneiron” which translates to “Ship of Dreams”

Watch Darren talking about the build in our video: