Our resident motorcycle rider builder KC surprised us by deciding to NOT build a motorcycle for Brickvention 2020! He decided instead to create a “life-size” version of his favourite Looney Tunes character, and fellow Tasmanian, Taz Devil. Not only that, he also decided to build the model as a self-portrait. 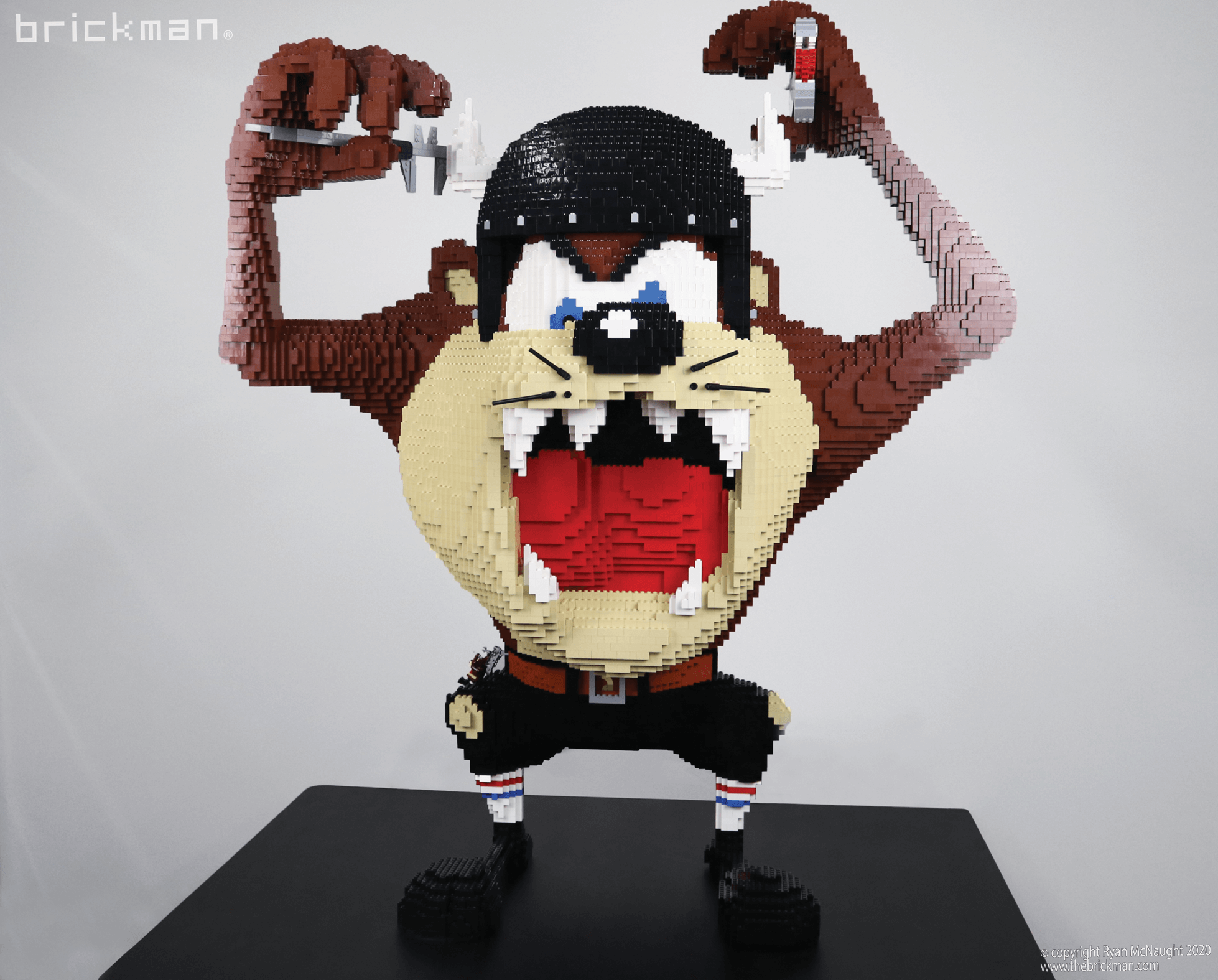 KC created the model from scratch, using a 3D model he found online of Taz Devil, then building it digitally and customising the figure significantly. 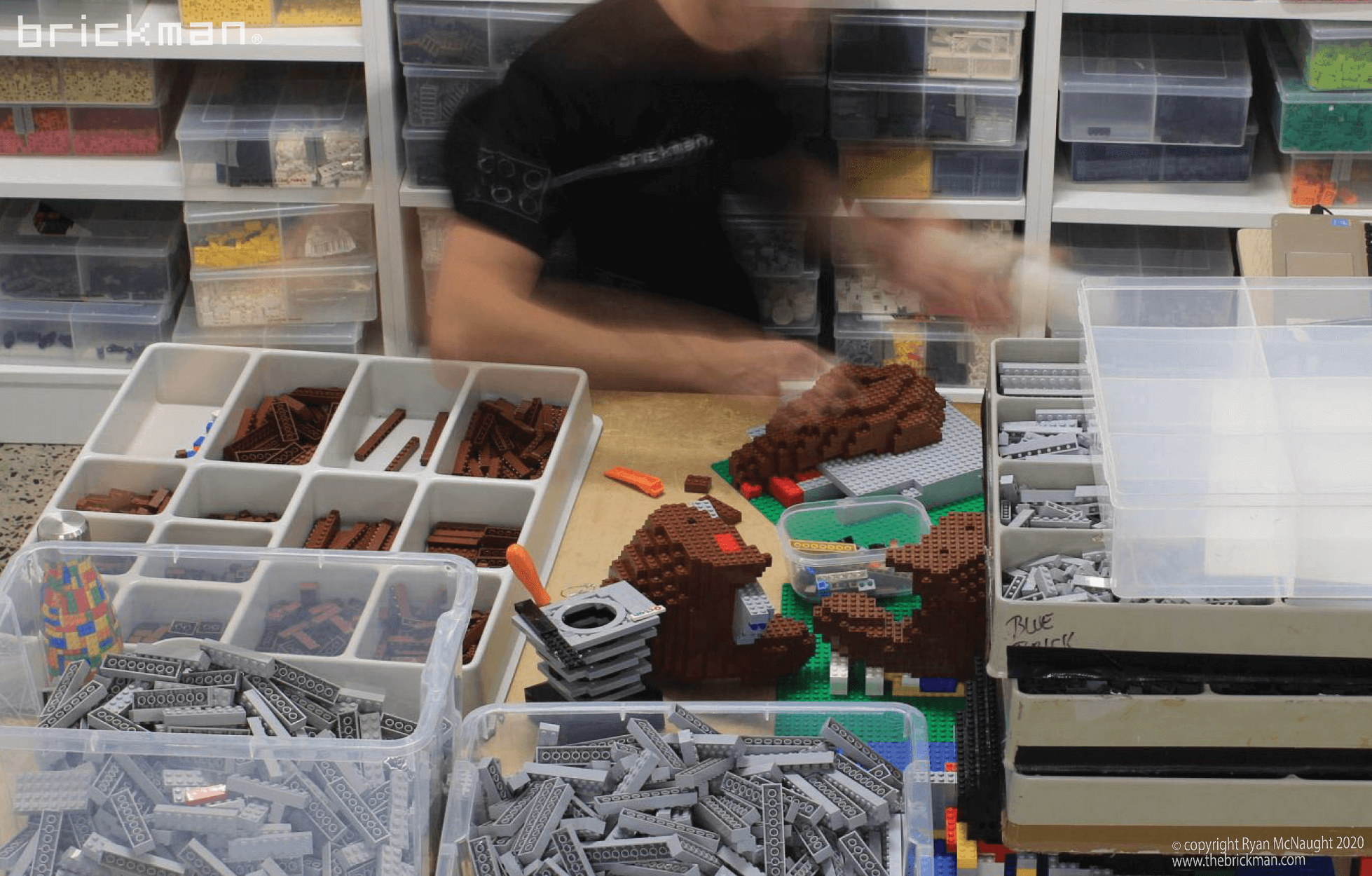 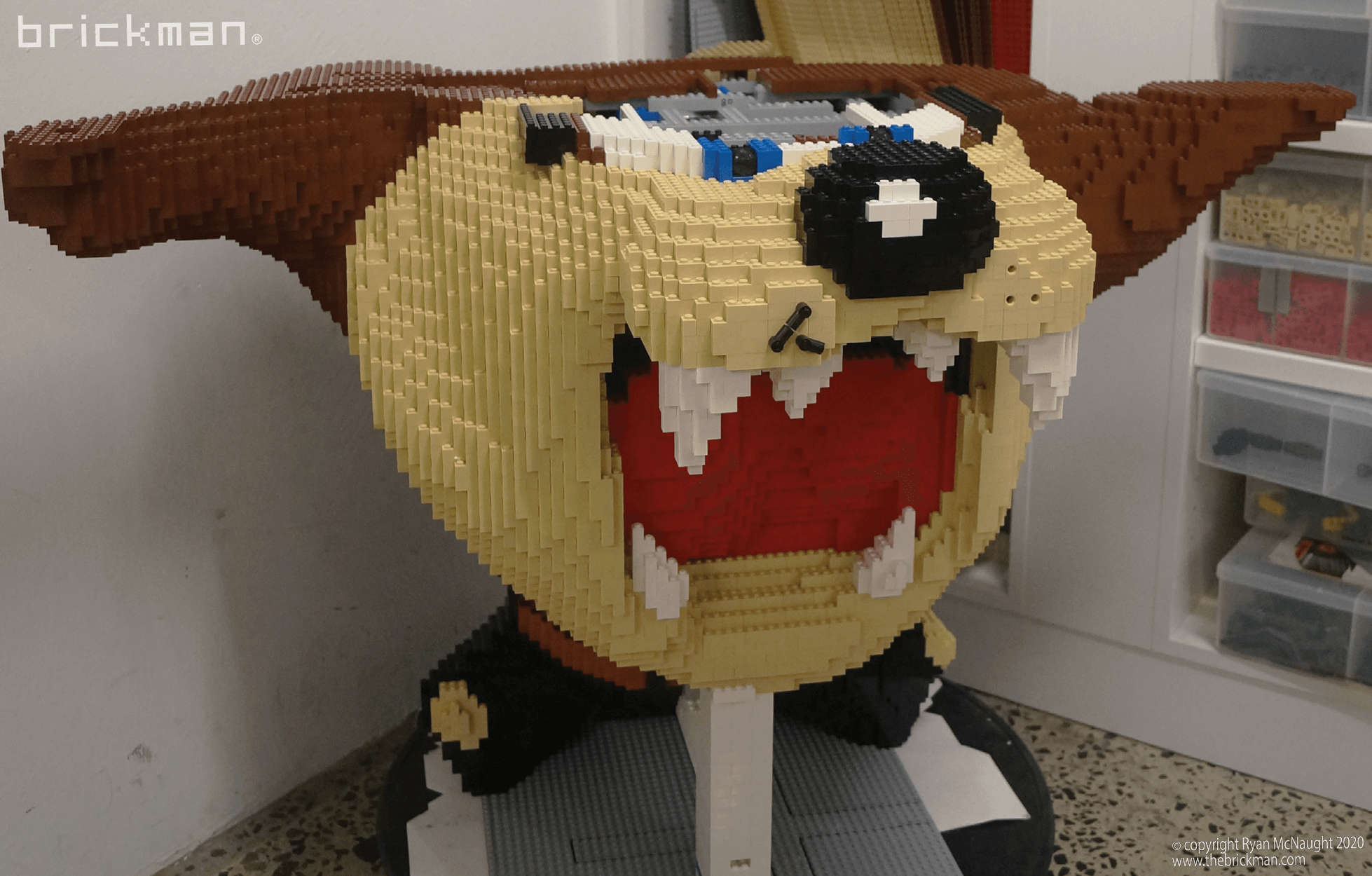 As a self-portrait, his version of Taz includes many references and nods to KC himself. He gave the character a long ponytail, a horned motorcycle helmet decorated with the Tasmanian flag emblem and crash-test dummy datum symbol. 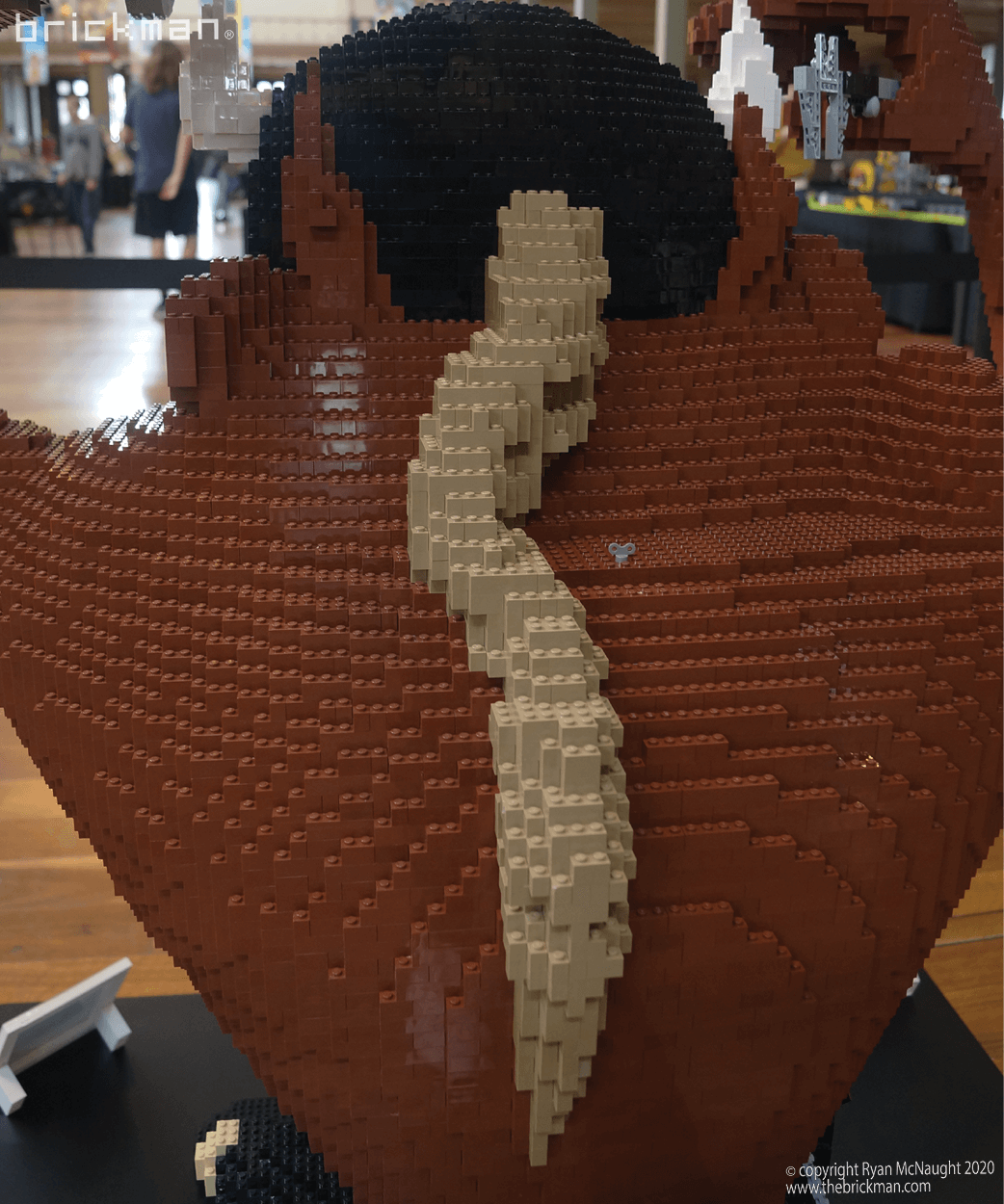 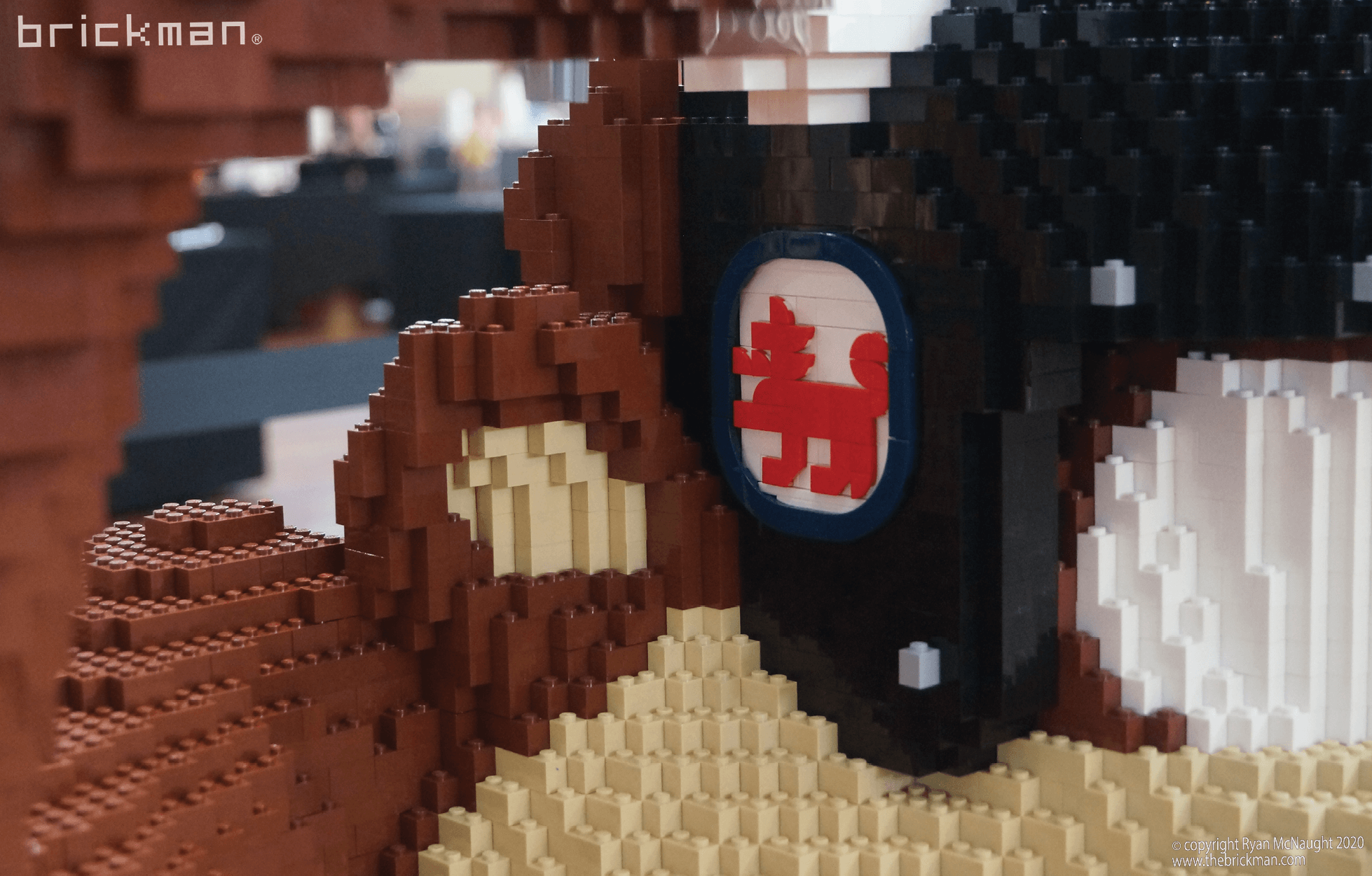 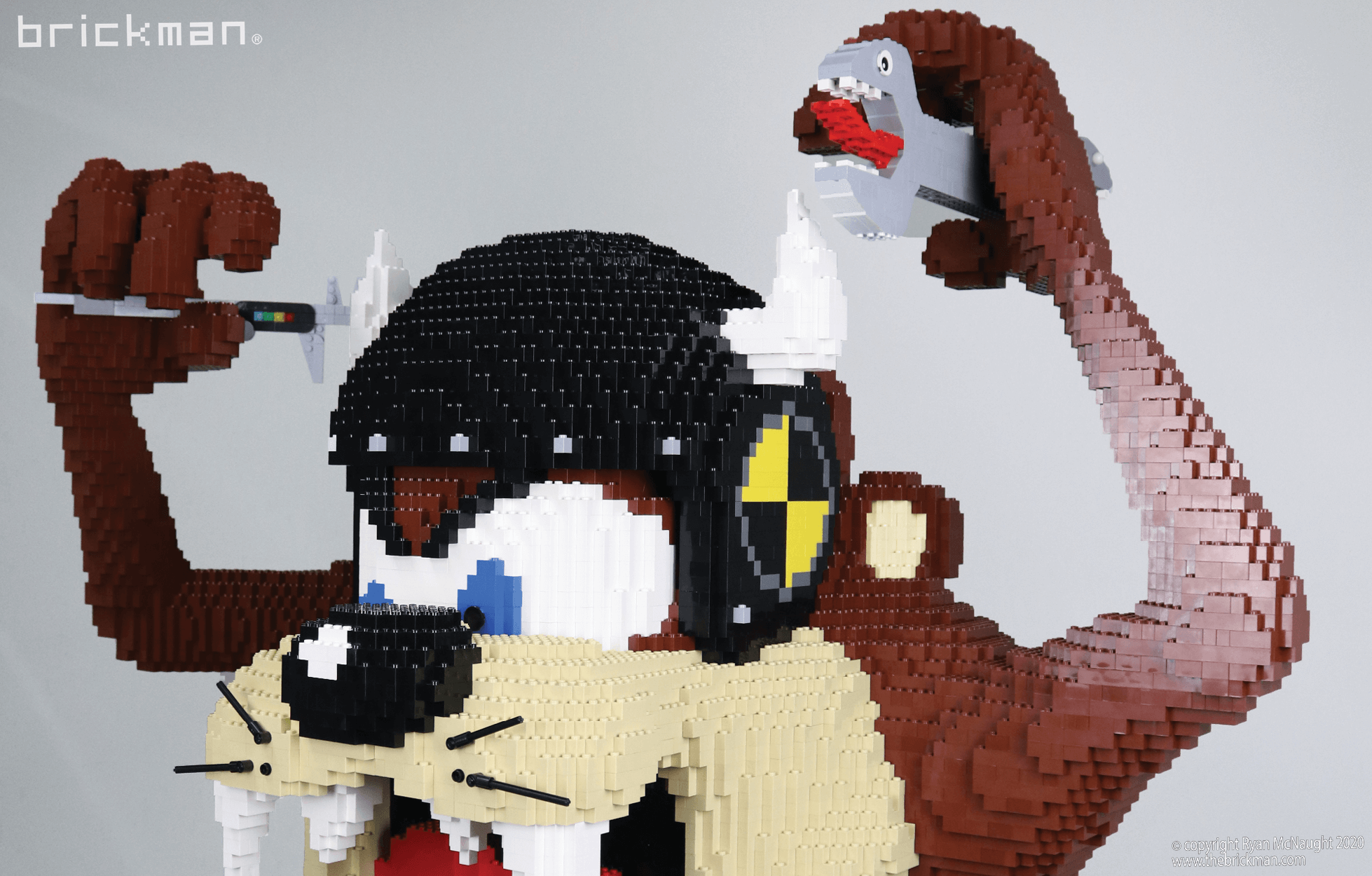 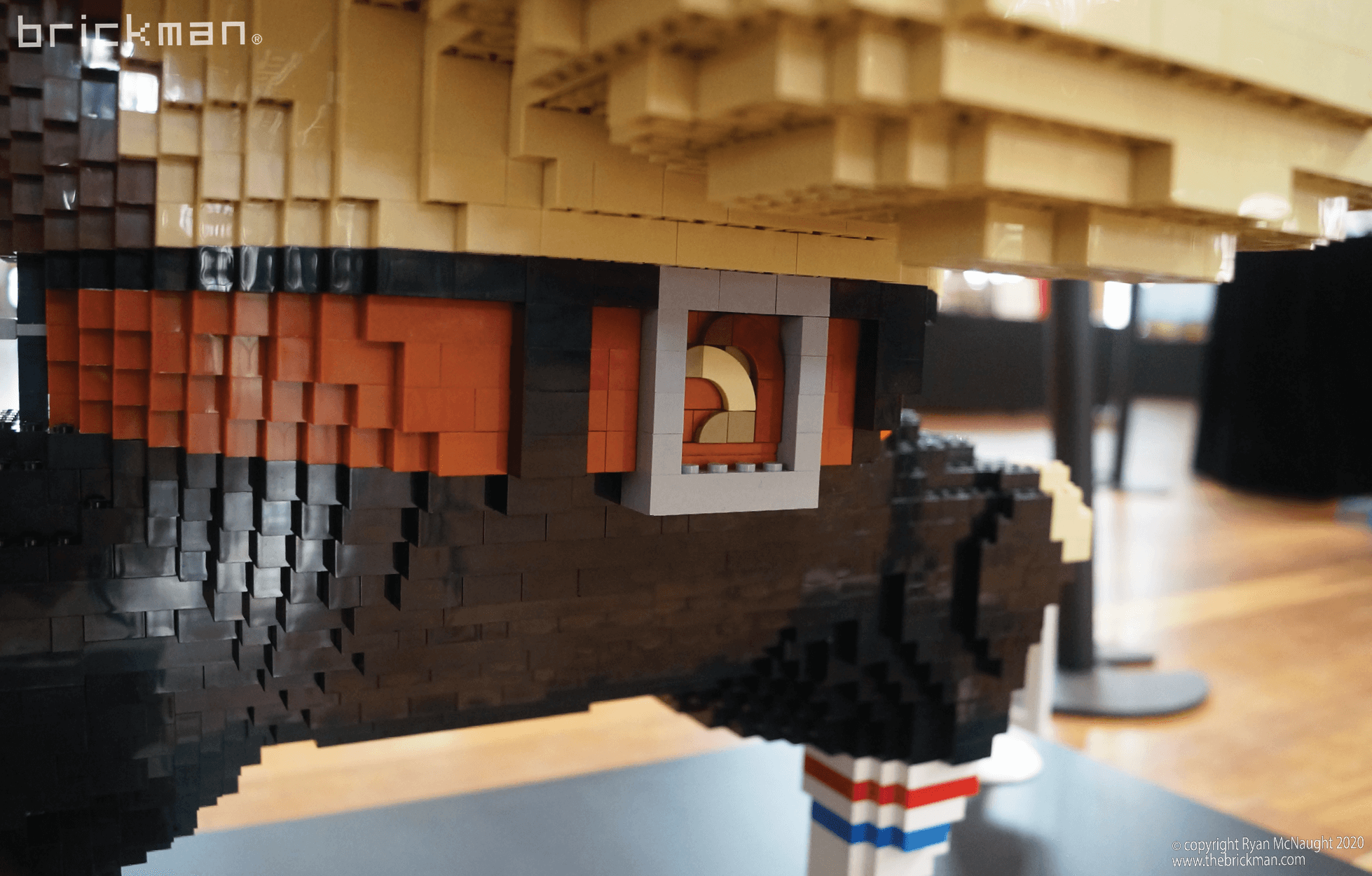 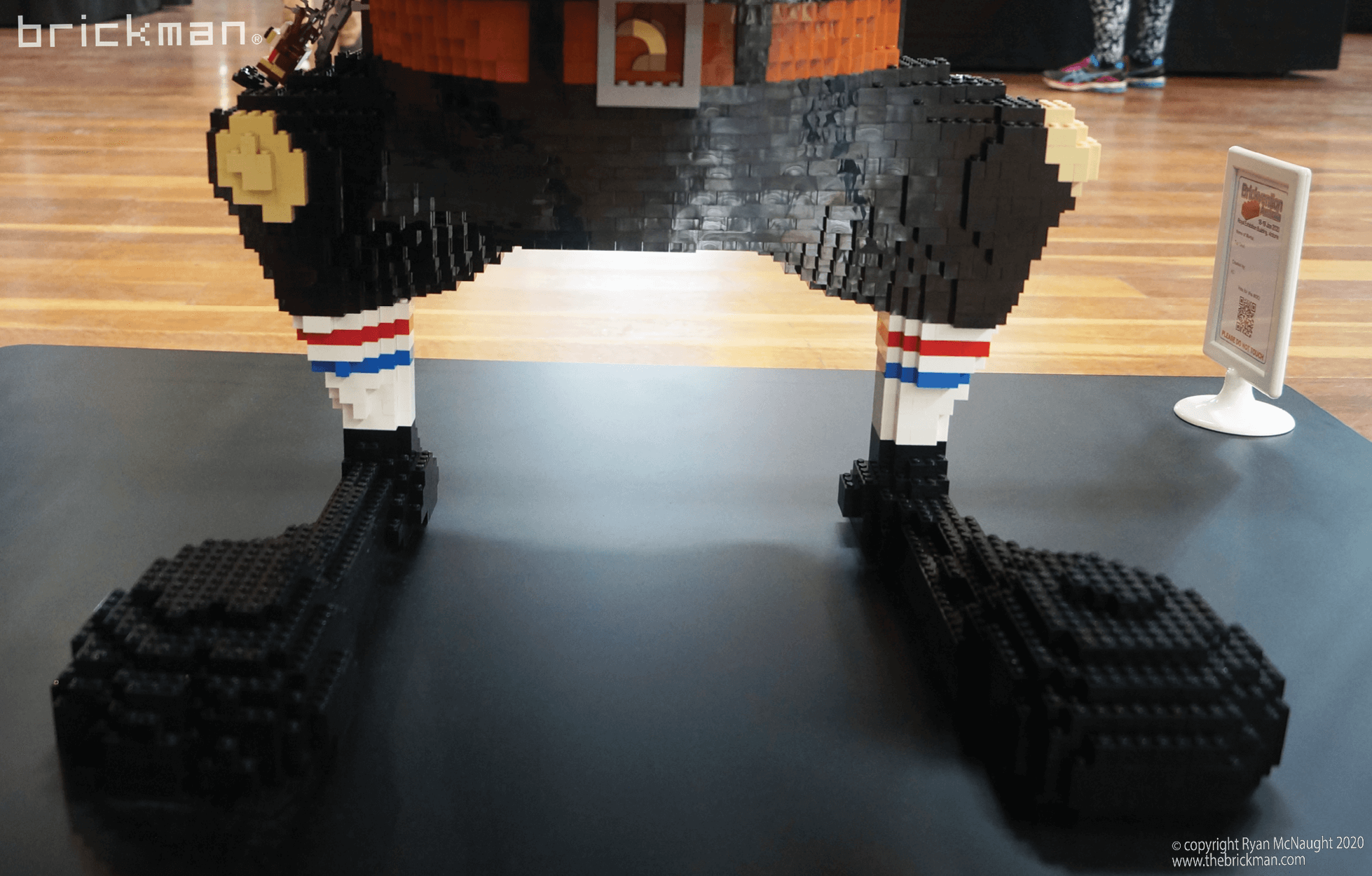 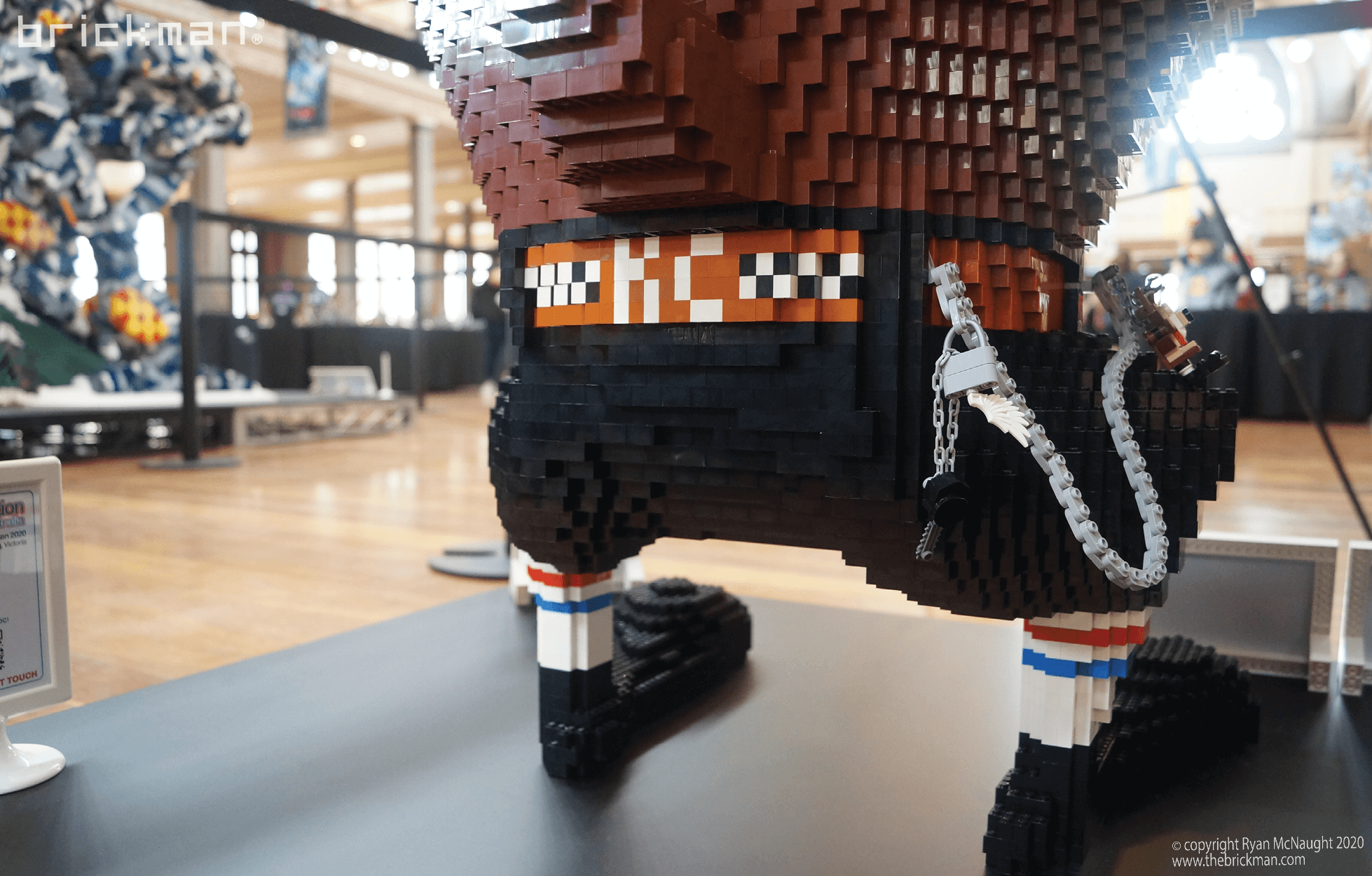 Taz’s keychain features a miniature version of Taz himself- which was part of something the whole team did after they finished their big builds. 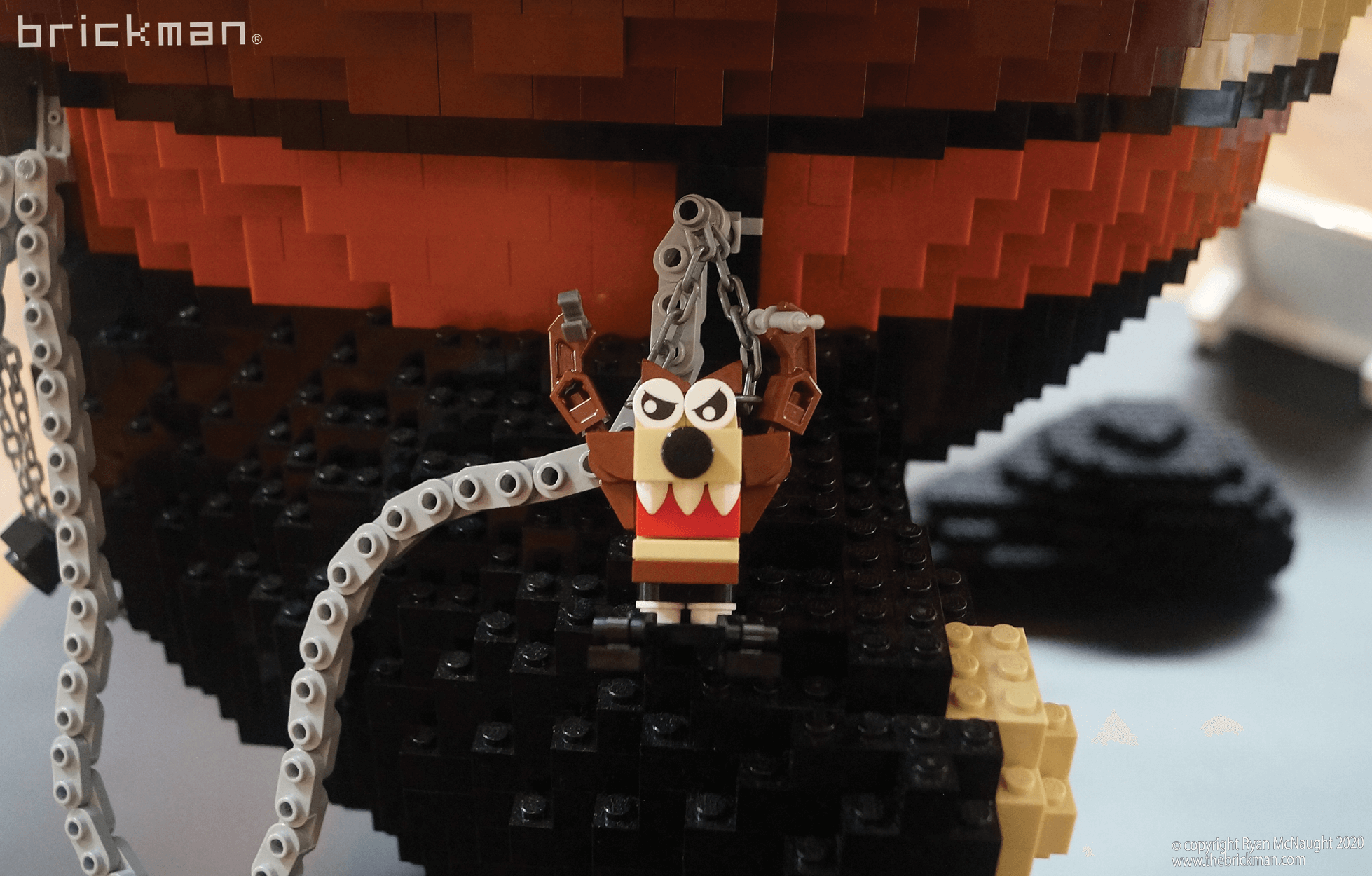 KC created giant versions of tools to fit in Taz’s hands to represent his other trades as a machinist and mechanic. 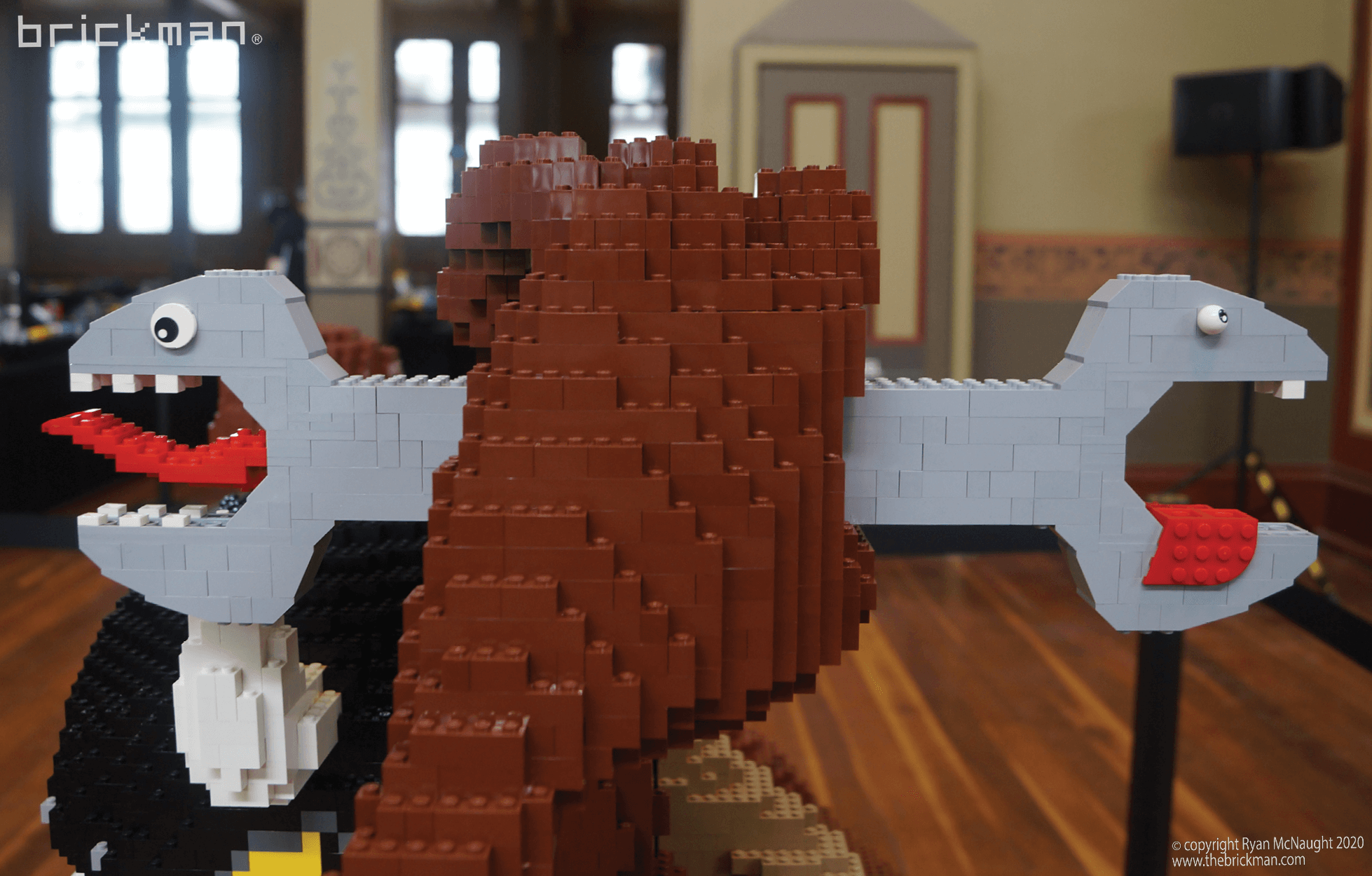 The spanner he crafted, in true Looney Tunes style, as it’s own character with two different personas on each end, which he dubbed “Grippy and Slippy”- one end which grips bolts properly, while the other is a bit loose and hopeless!

The huge model took him 185 hours and 17,520 LEGO pieces to construct! Watch KC talk through the model in his video: