For our last Brickvention 2020 Spotlight we’re focusing on Stephan’s enormous LEGO® Technic version of the St Louis Gateway Arch. Perhaps not so well known outside the US, the Gateway Arch is the largest human-made arch in the world and is a massive 192m tall! 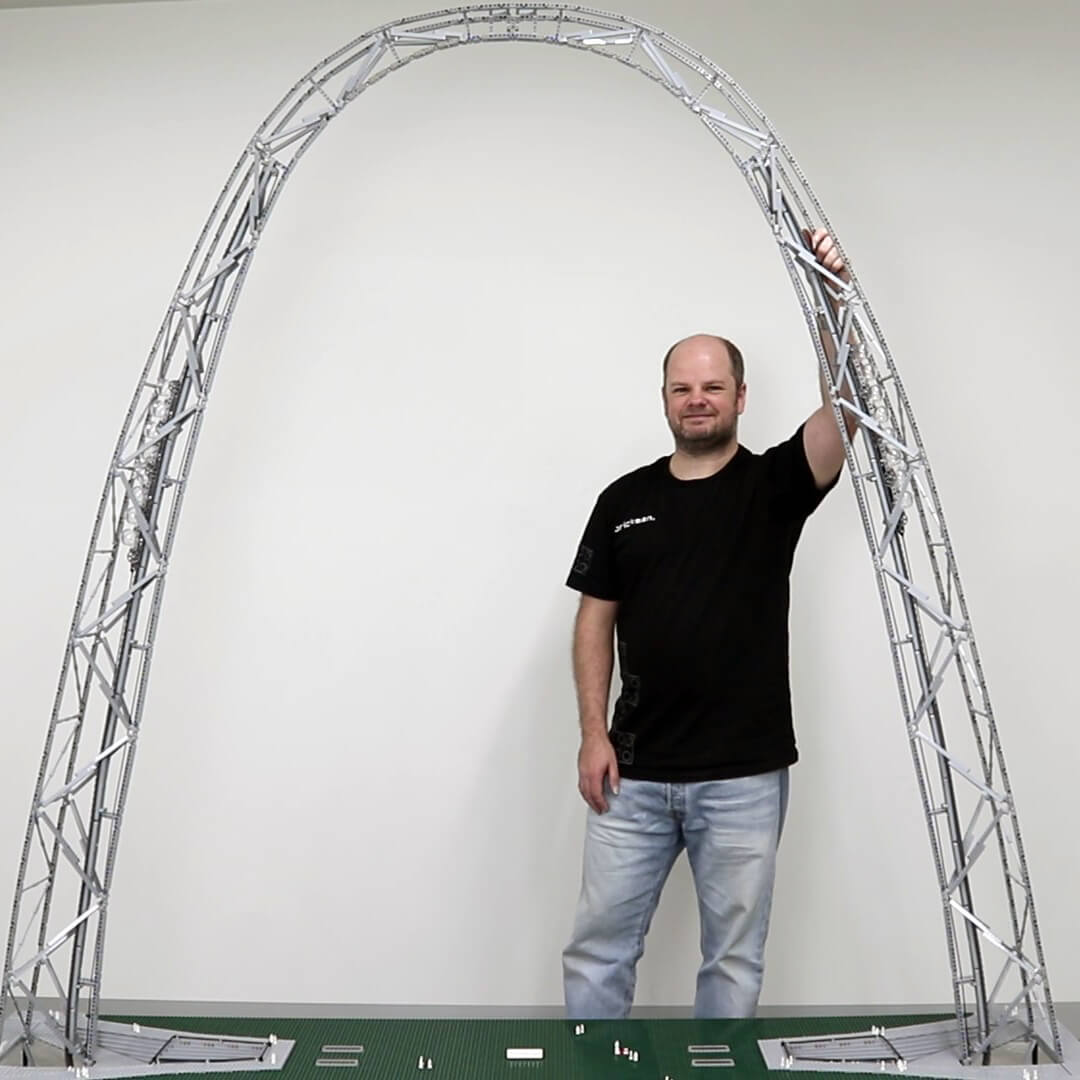 Stephan lived and worked in St Louis for a number of years and so got to know the Arch very well. He’d always admired the engineering and shape of the arch, so when it came to pick a model for Brickvention, it seemed the perfect challenge! 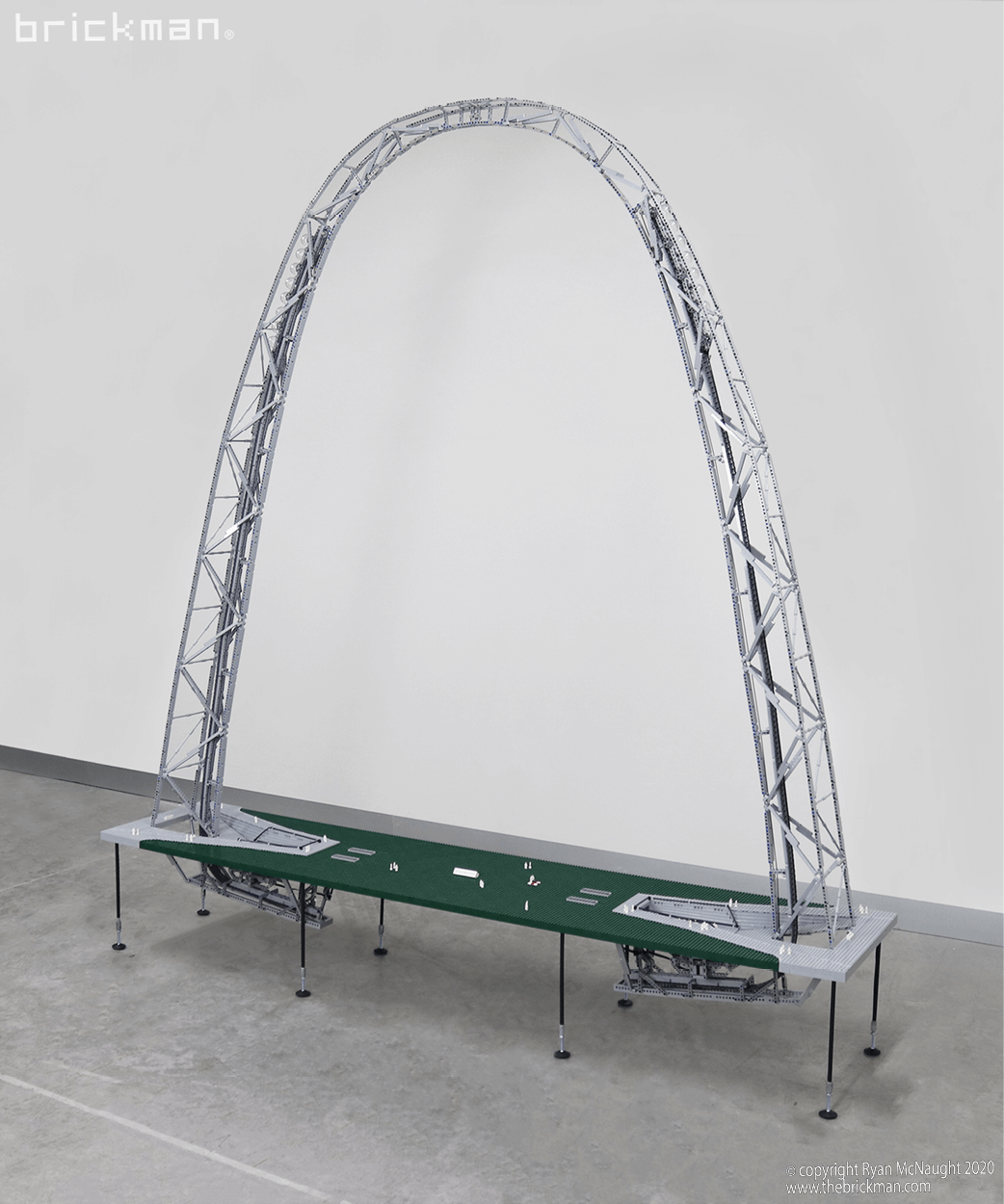 He began by choosing a scale- based on the real arch’s dimensions and the micro-trophy figures. he chose 1:100, meaning his version would be 1.92m tall! If you look closely at the scale of the tiny white trophy figures you quickly realised how big the Arch, and Stephan’s model, is in real life! 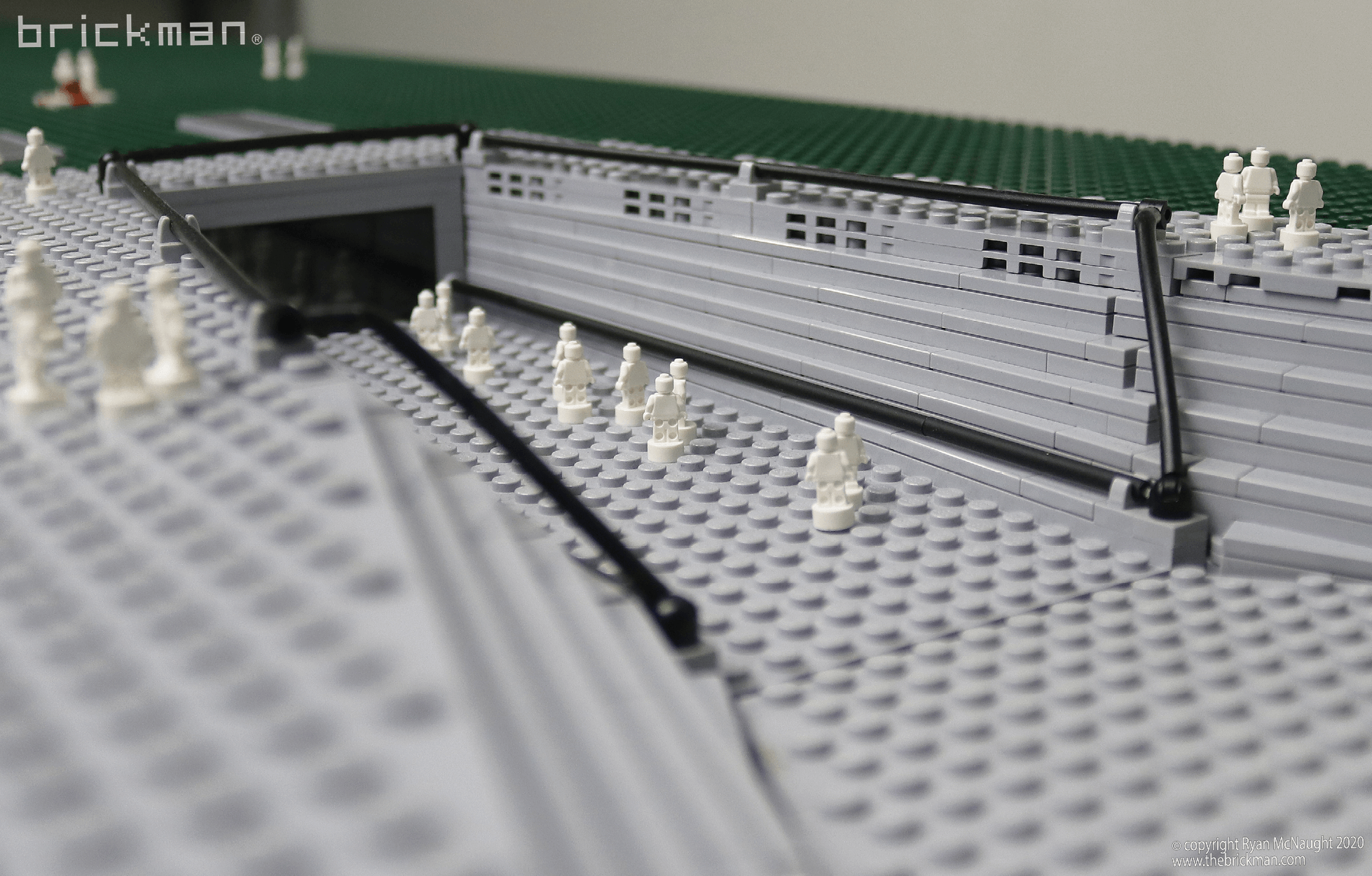 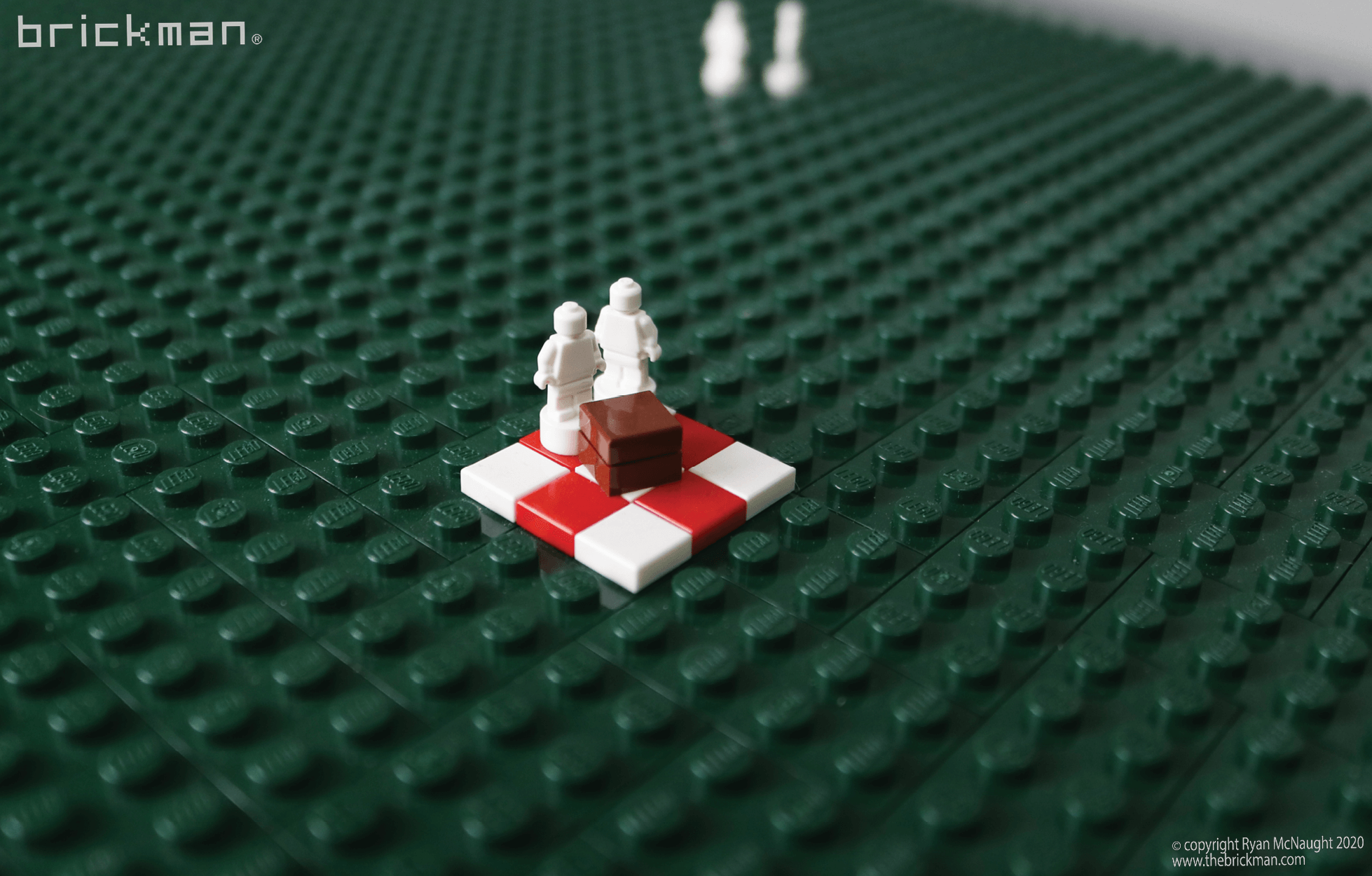 He started by mapping the arch’s curves with Technic beams, linked together by different types of Technic pins at different points to use the natural flex and tolerances between the parts to match the curvature. 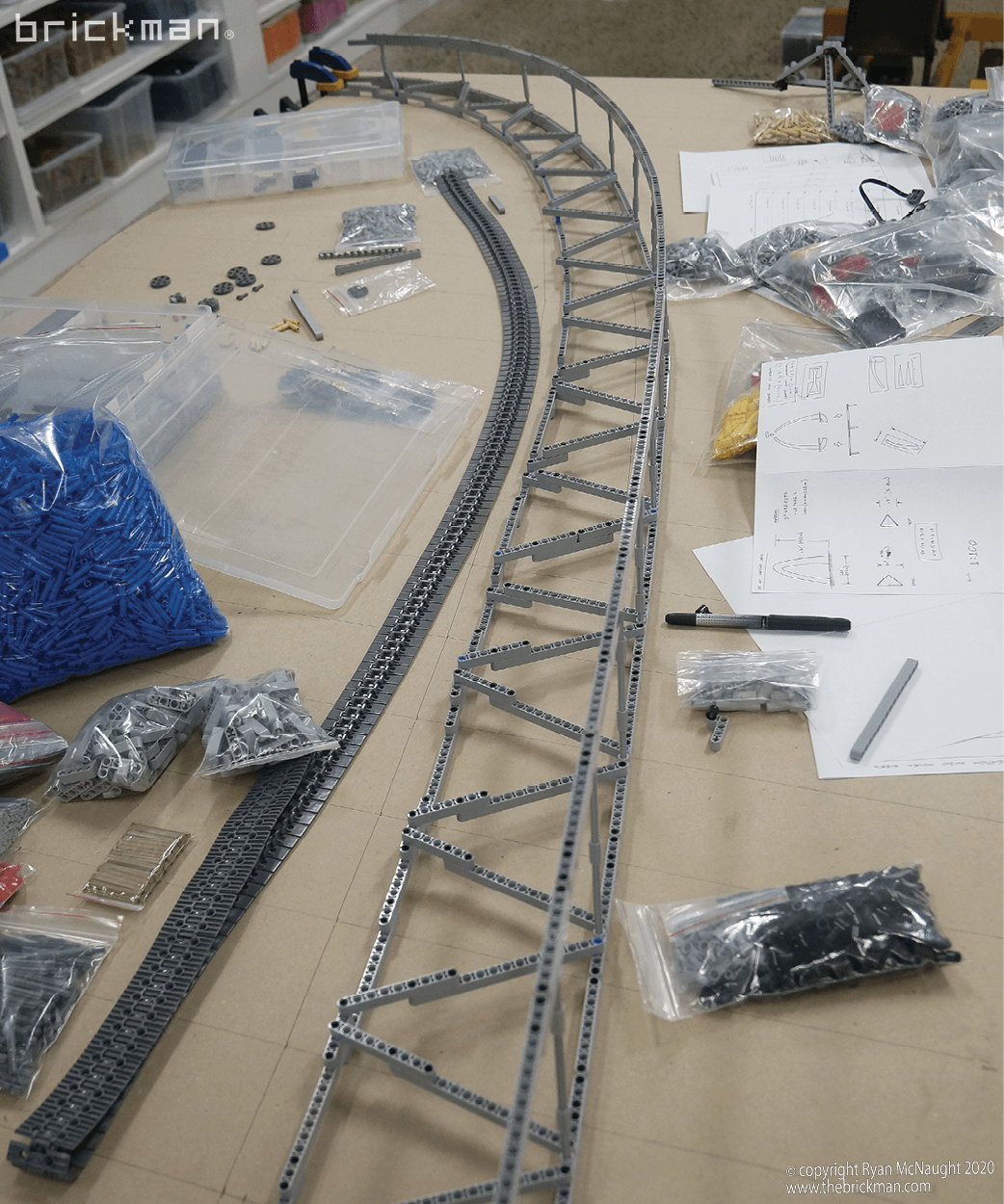 He then created multiple points of triangulation between the arch’s beams to create a strong rigid frame and began the laborious task of replicating for the other side! 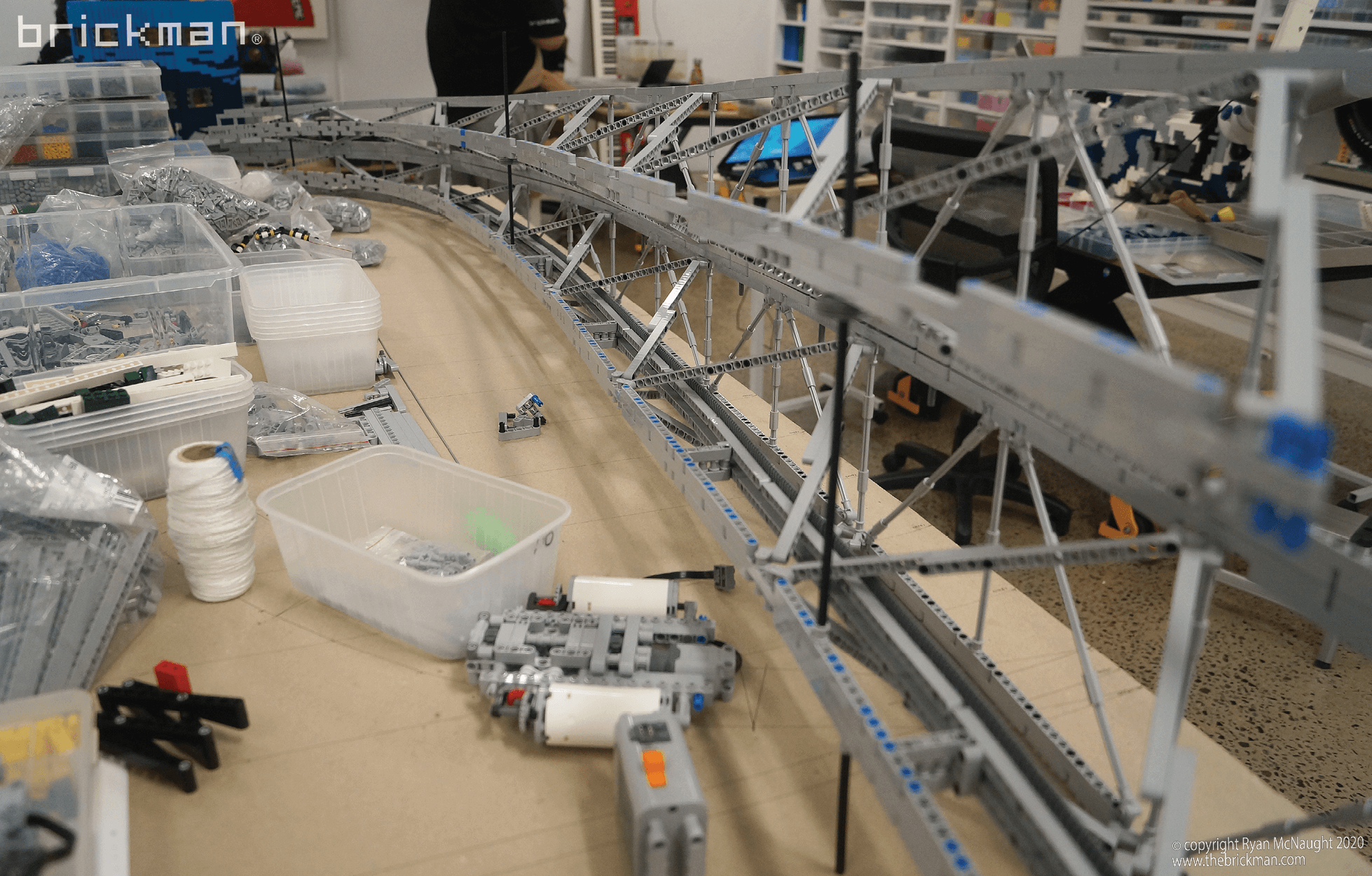 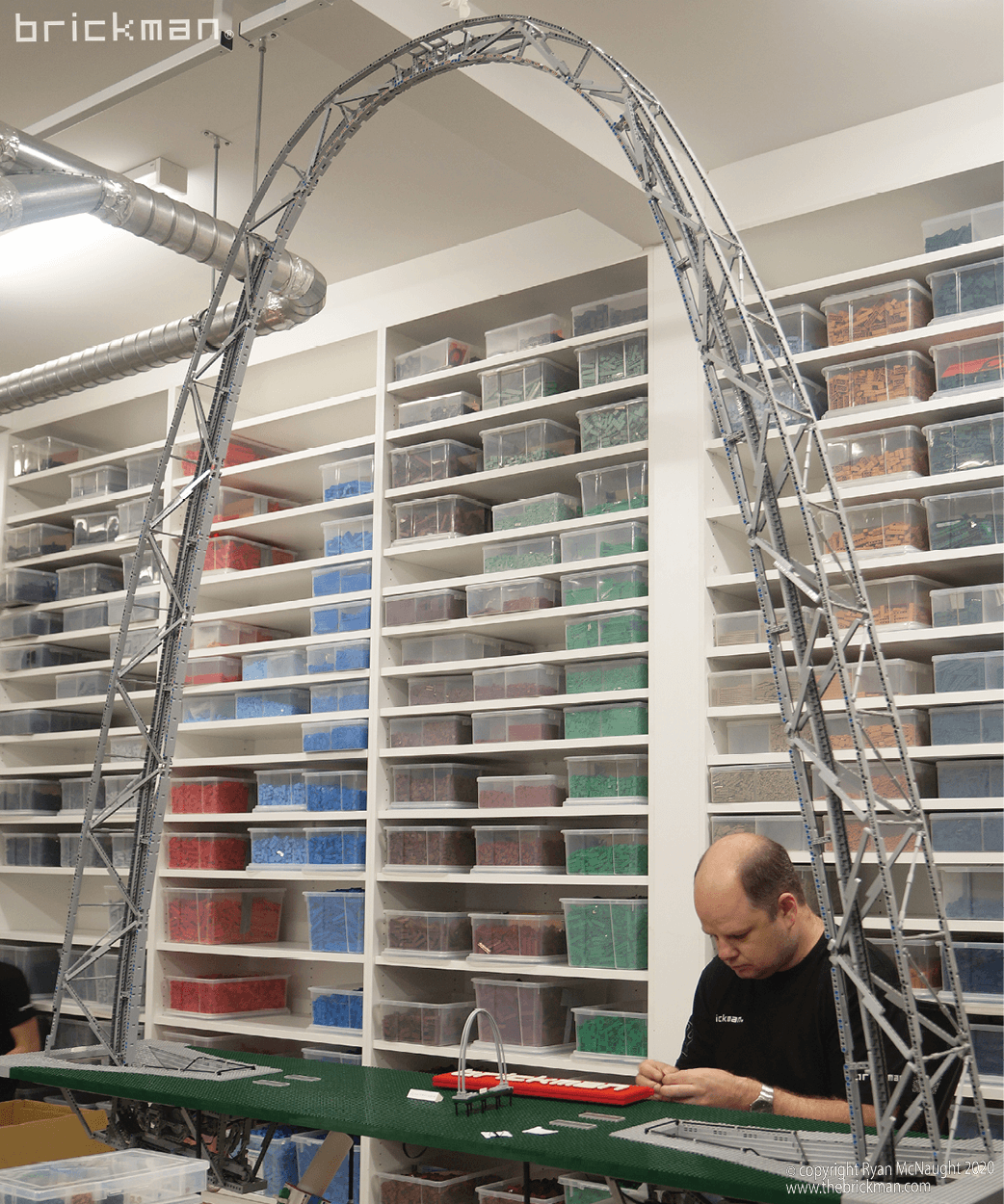 The real arch has spherical tram cars that begin underground and travel up each side of the arch to an observational deck at the top. Stephan always wanted to recreate this in his model. he started by working out a scale for round cars and how he could make a curving track for them to run on. He ended up using Technic treads. 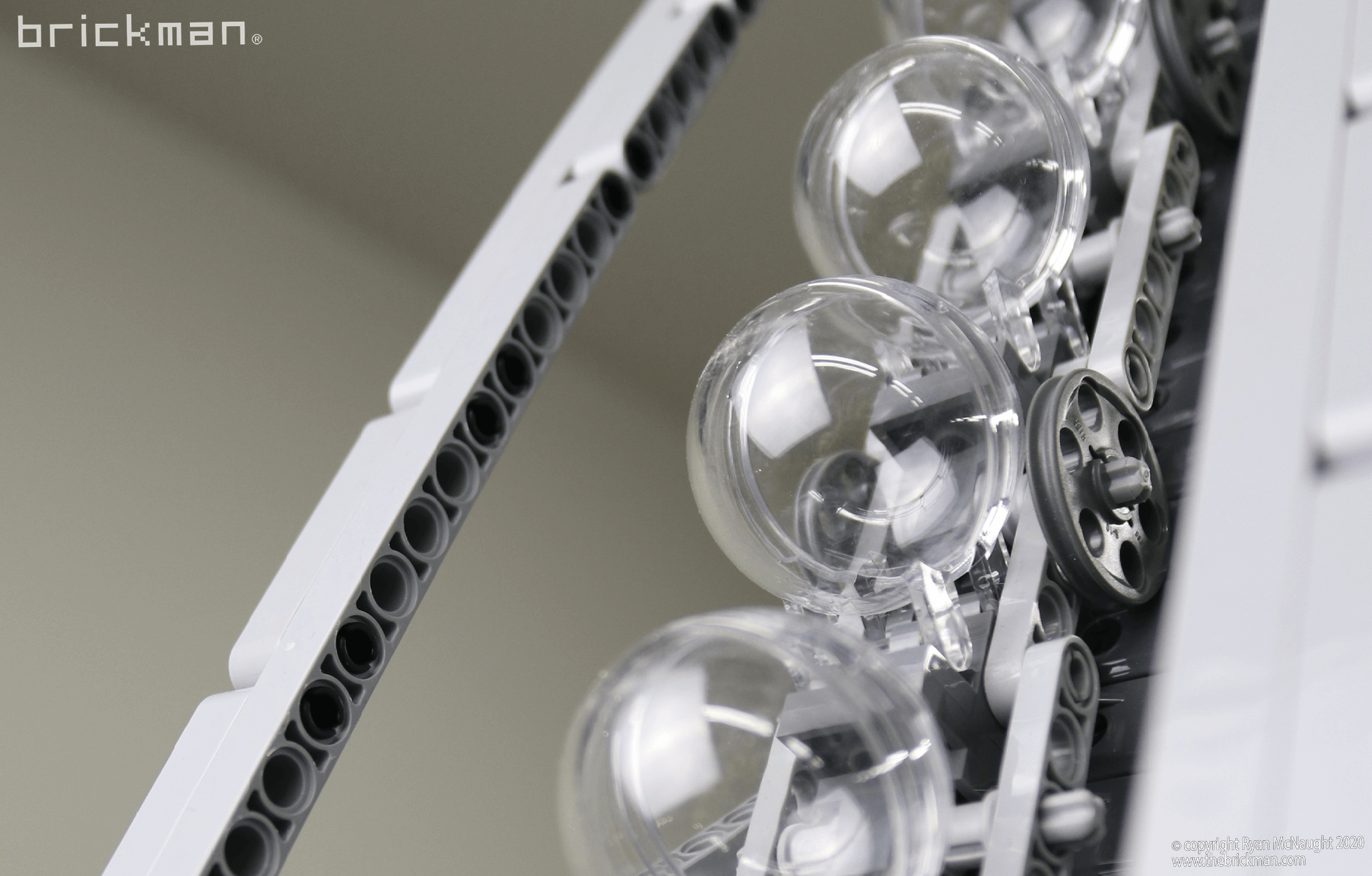 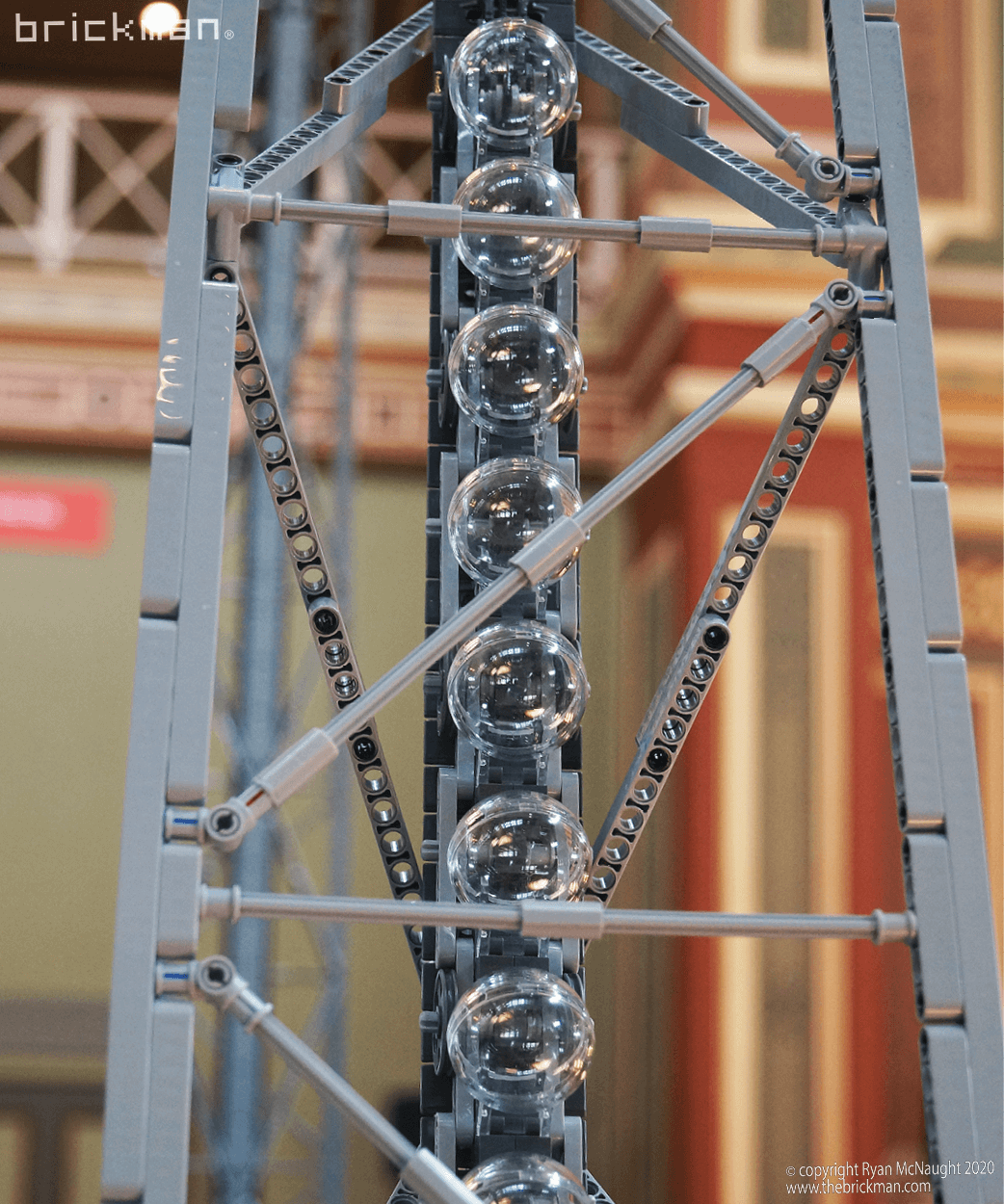 By far the hardest part of the build for Stephan was designing the Power Functions motor and tension-er systems to move the trams up and down the arch- the system relies on a string and drum to winch the cars up and down, which required enormous torque to overcome the friction of the Technic tread track along the long journey up the arch. 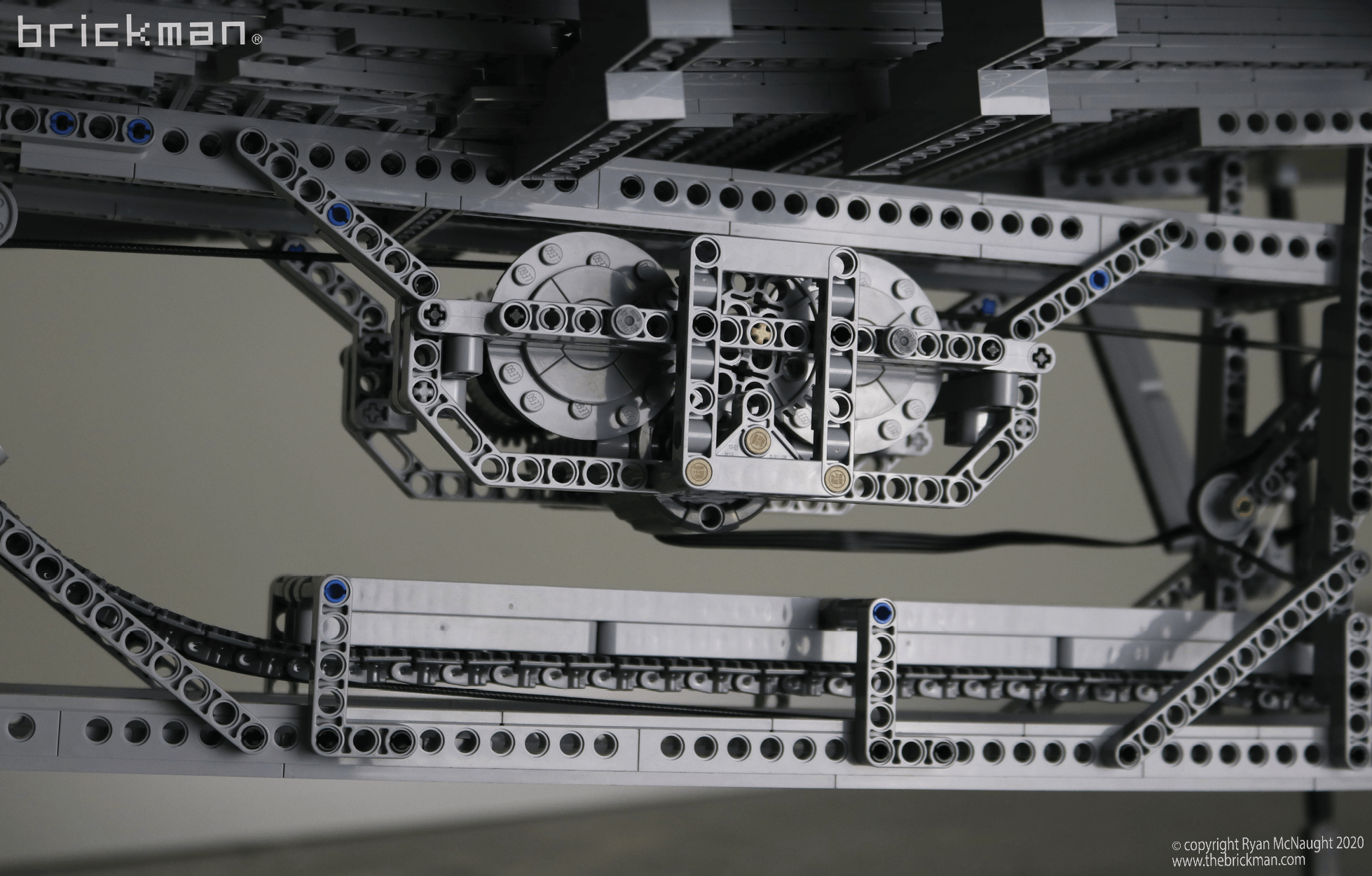 With the trams starting underground Stephan also had to find a way to lift the entire arch up off the floor, so that the motors and mechanisms could be hidden beneath. 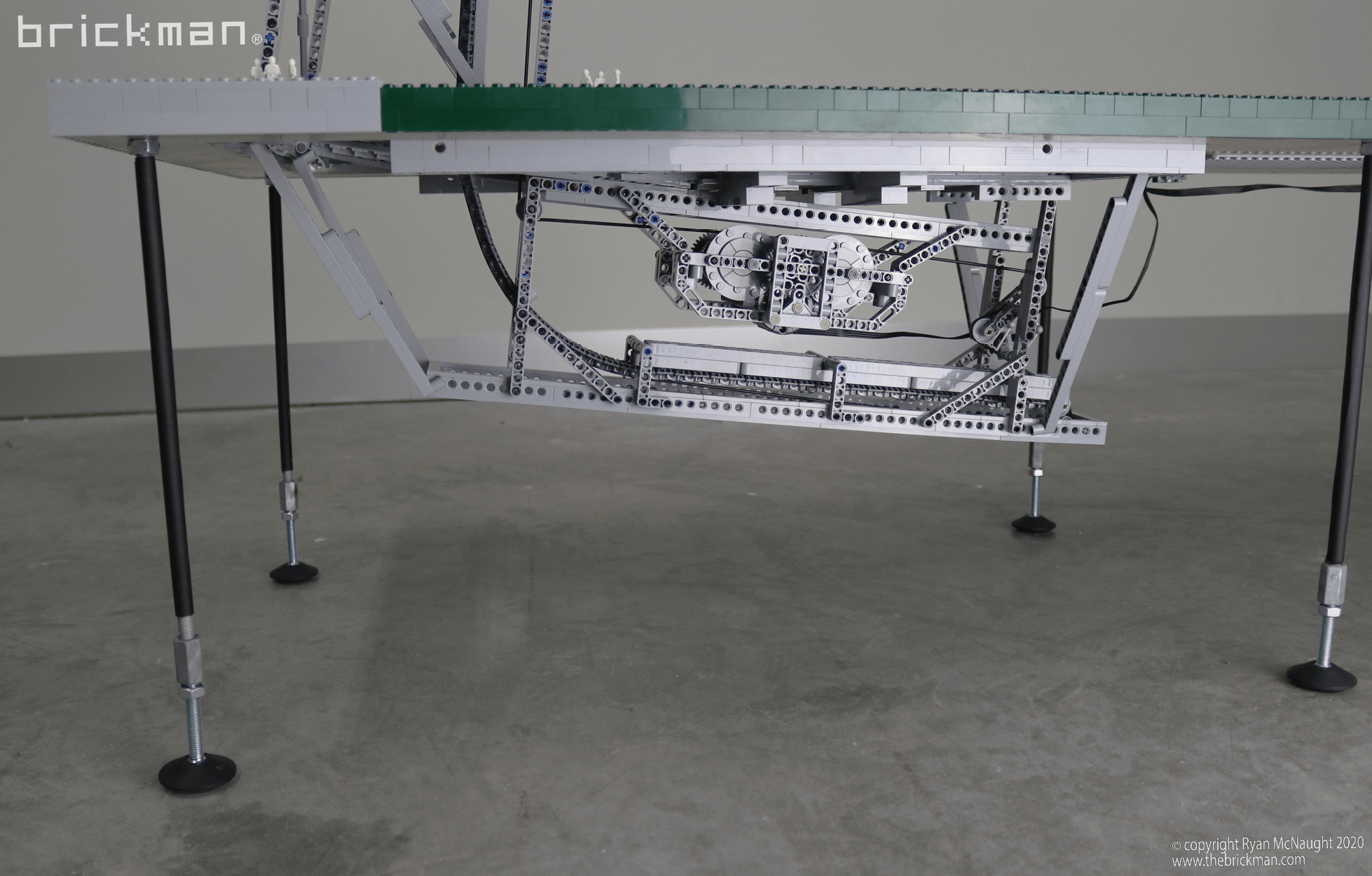 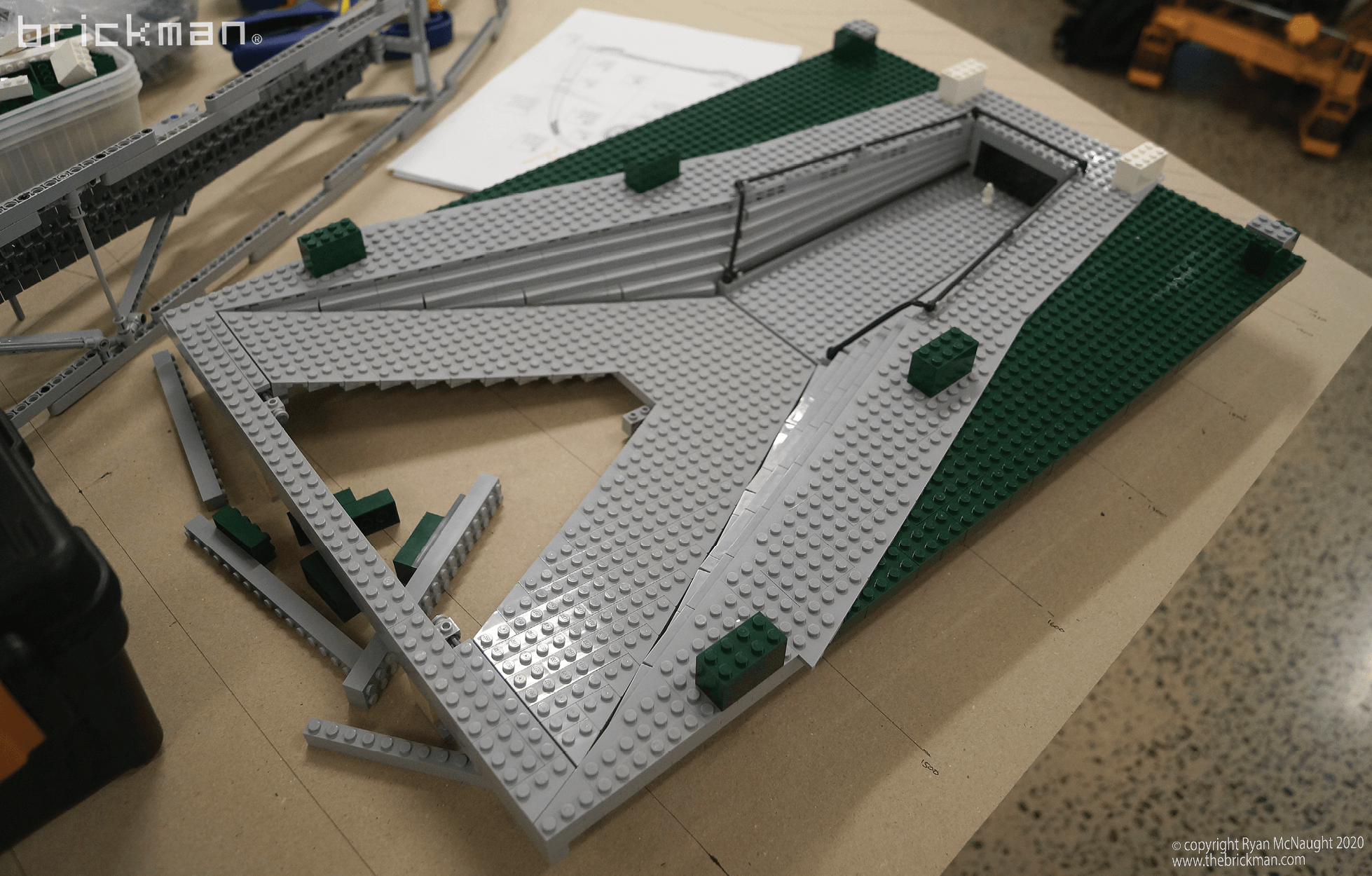 Stephan also included some custom stickers to really bring the model to life. 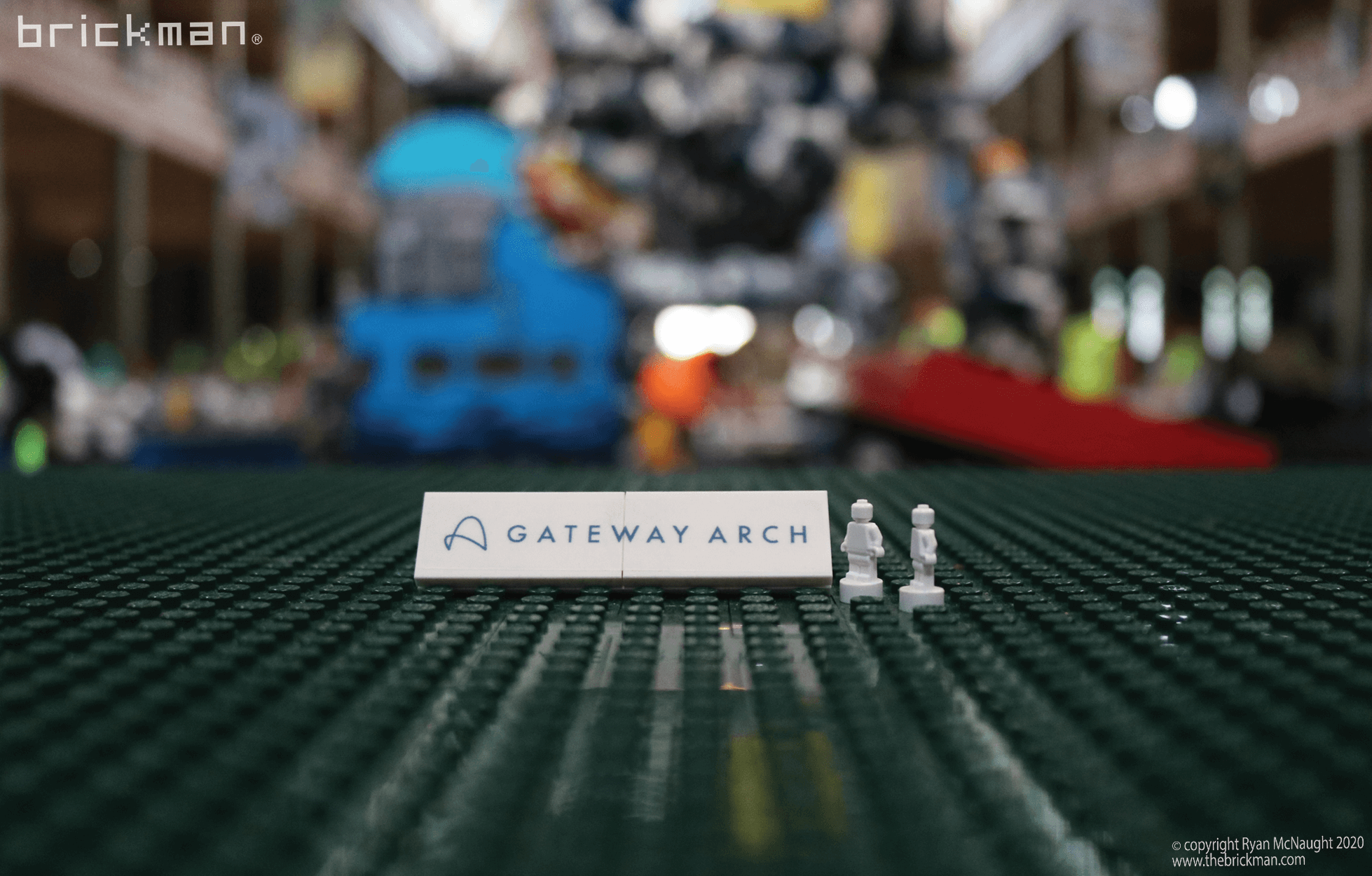 Watch Stephan explain more behind the build and see the workng trams in action!