As a self-proclaimed MASSIVE Star Wars fan, Jordan was always going to take inspiration for his Brickvention model from the iconic series.
Jordan started off attempting to build a UCS scale D5 Mantis Patrol Spaceship, then added a landed a pad, before deciding to scrap the Mantis ship and focus instead on creating his own unique Star Wars scene. 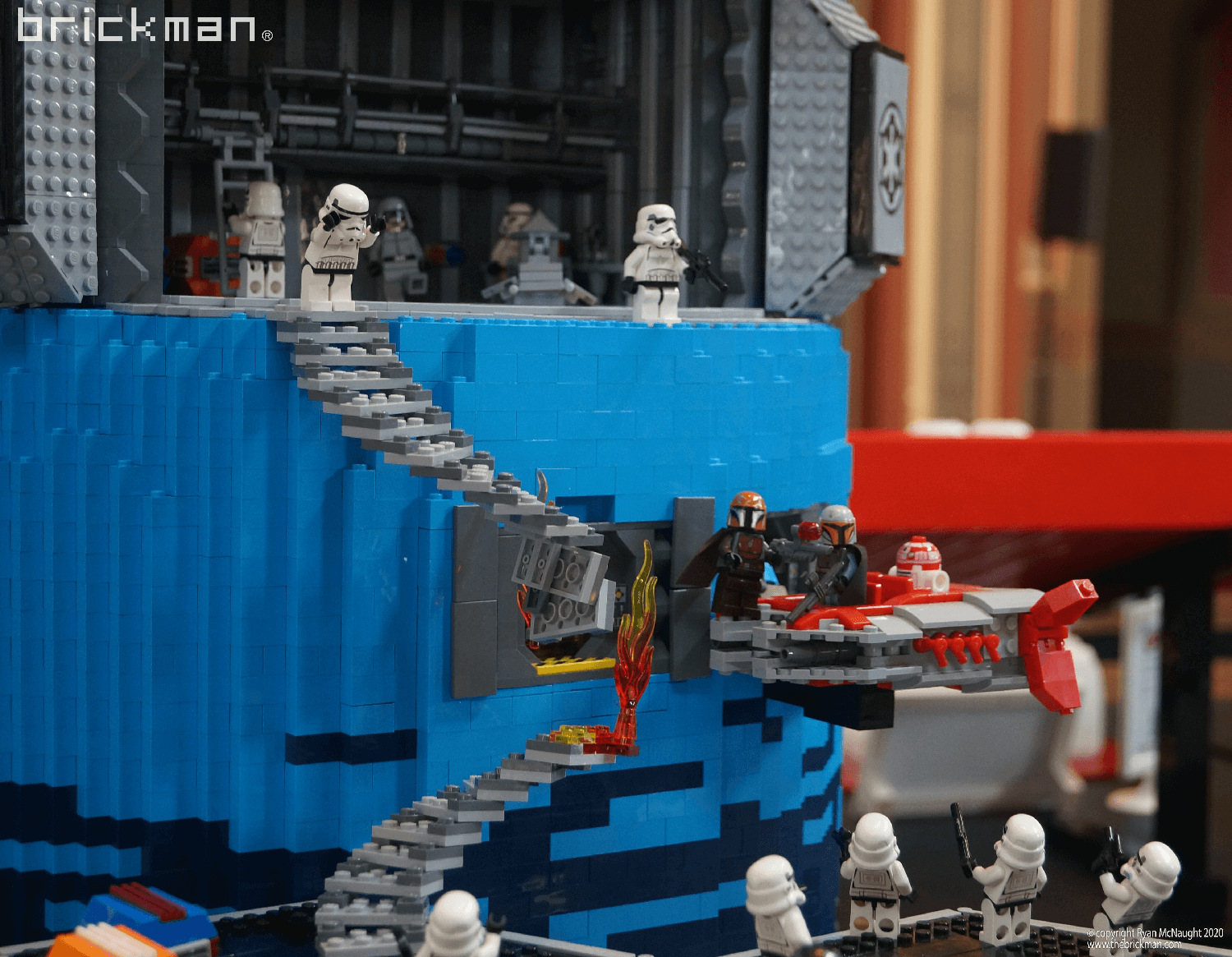 He began by building 2 huge blue rock pillars, which he based on those seen on the planet Eadu in Rogue One. The pillars transitioned from dark blue at the base to light azure at the top and Jordan spent a lot of time getting the shaping right to keep them looking organic and rocky despite their alien colour. 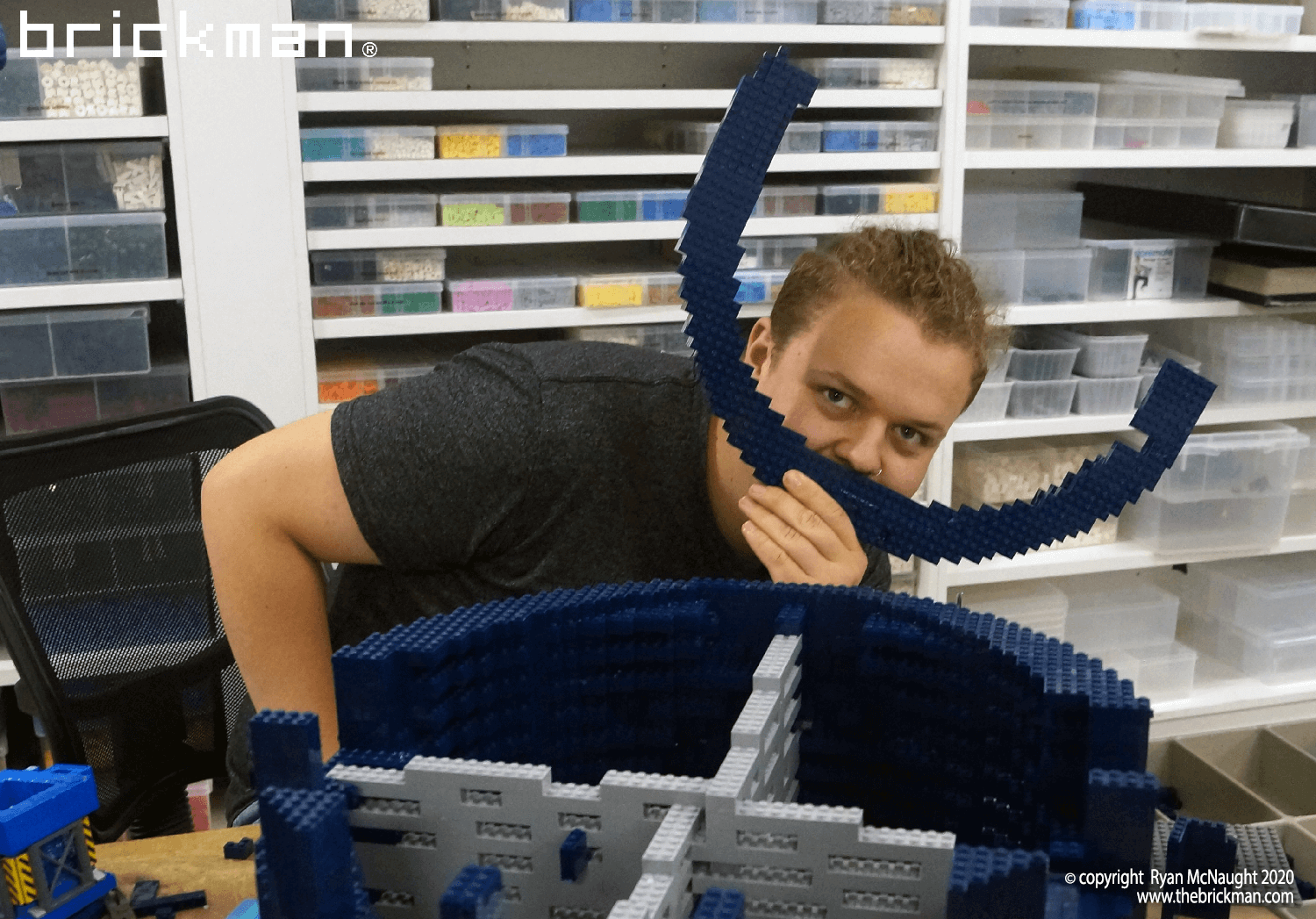 The base was envisaged as the outpost of a troop of rogue Stormtroopers who decided to start their own prison base, hence they built the landing platform from salvaged TIE fighter wings. 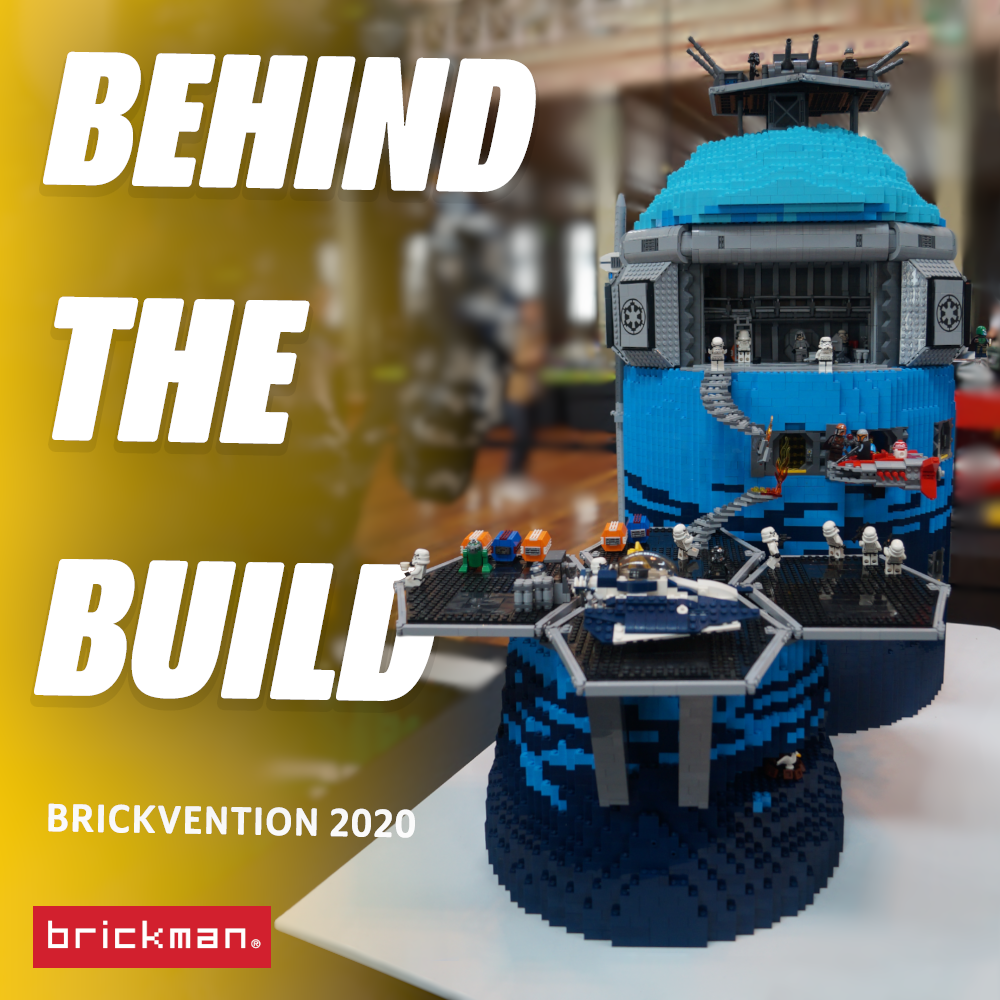 However the story of the model shows that a small squad of Mandalorians are trying to free one of the prisoners- who is actually based on one of  Jordan’s co-Brickman builders, Tullett. Tullett helped Jordan getting some of the details right, so Jordan thought it’d only be right to make him the hero of the rescue story! 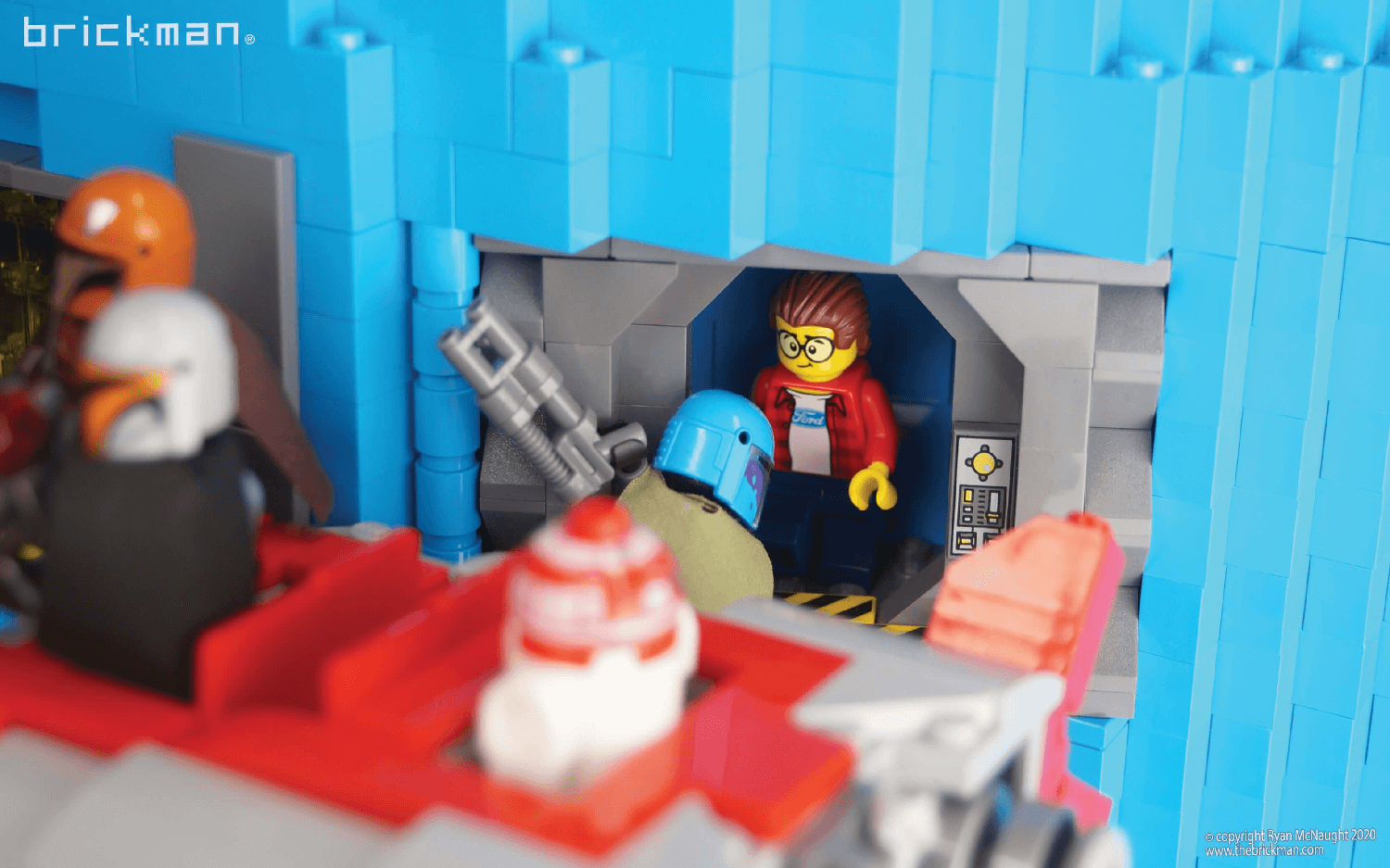 Jordan’s favourite part of the build was adding all the details ( isn’t it everyone’s?) After the long slog of building up the 60+ layers of bricks in the pillars, getting to build some spaceships and landing bays was a great change! 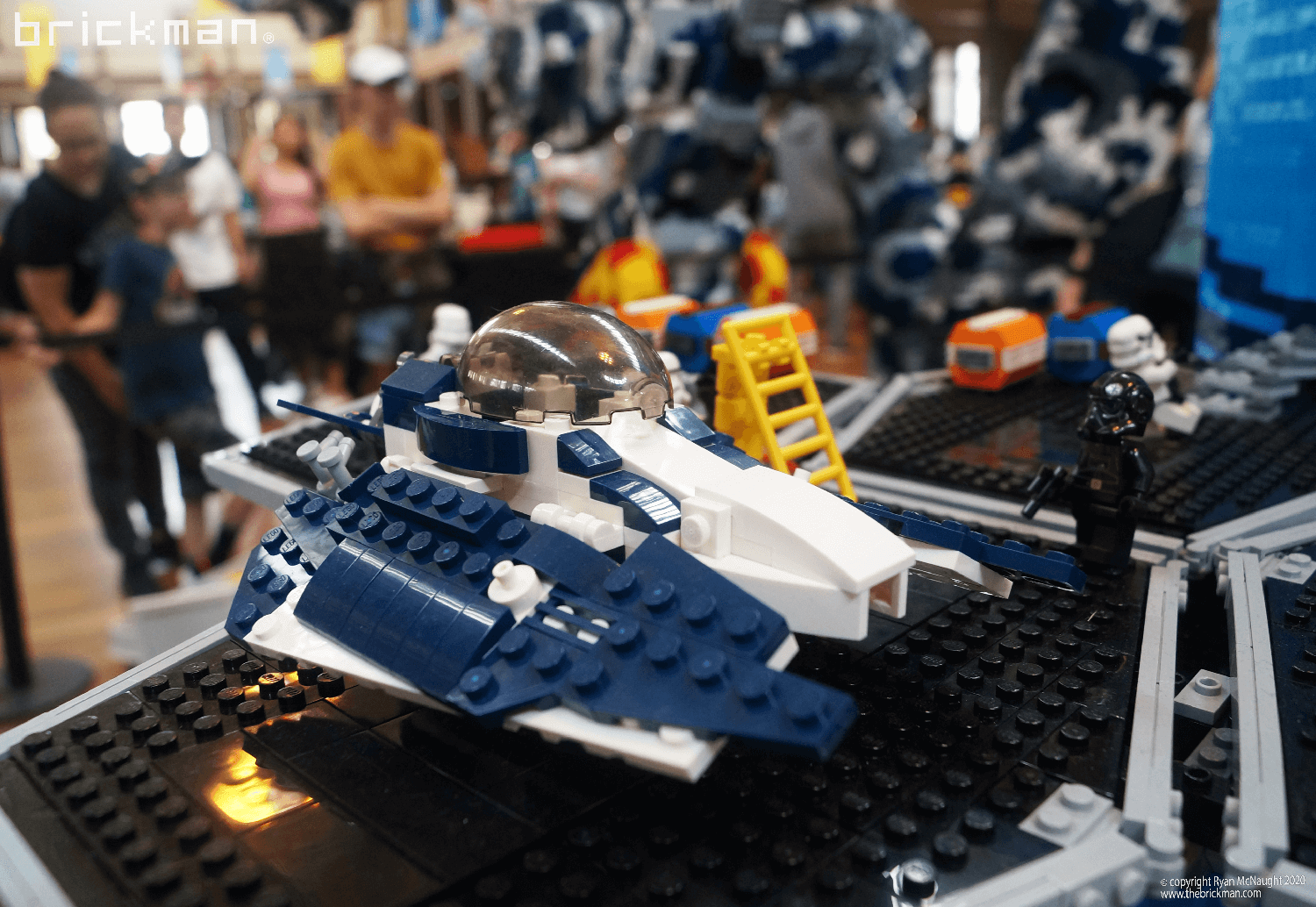 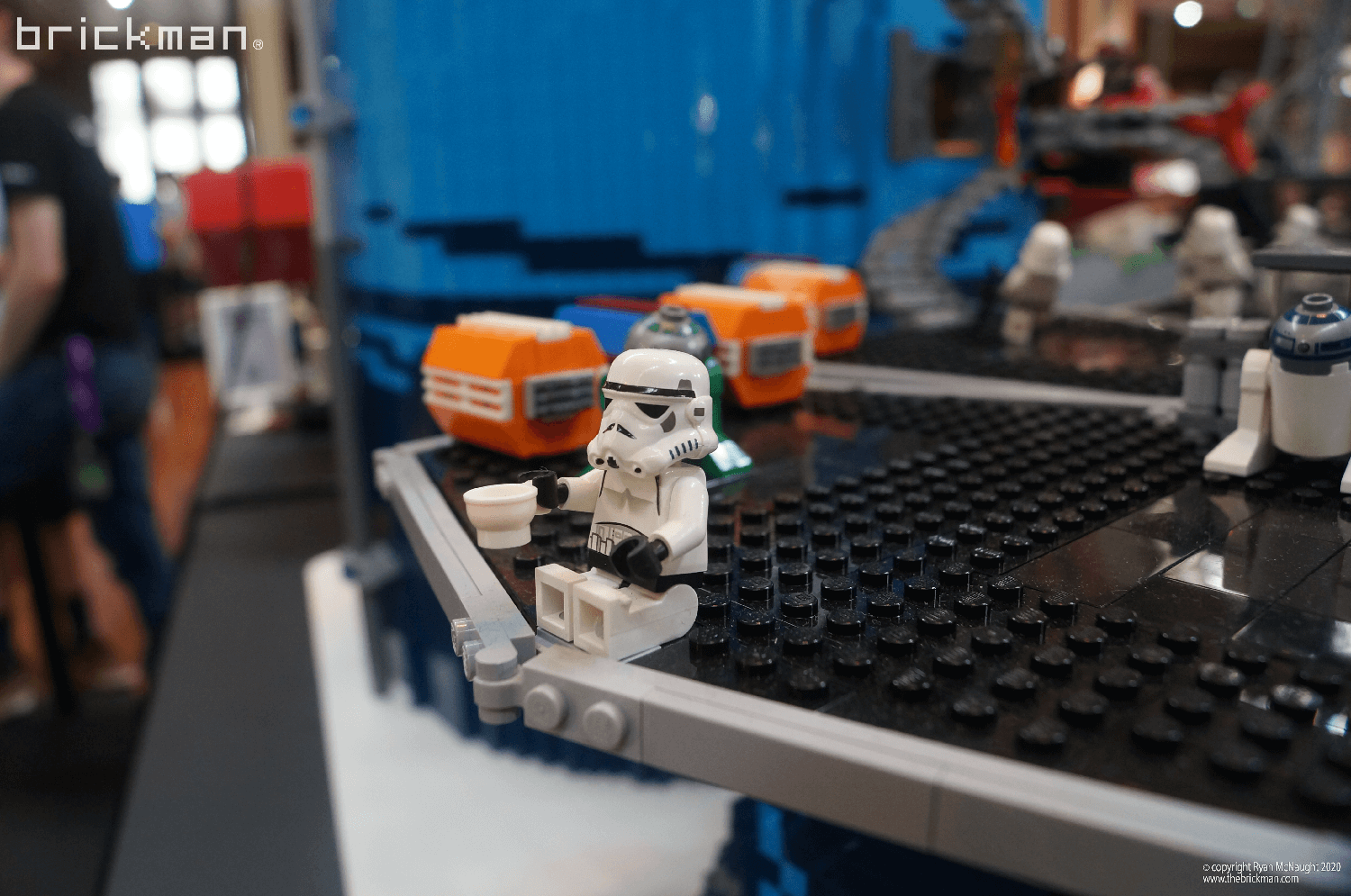 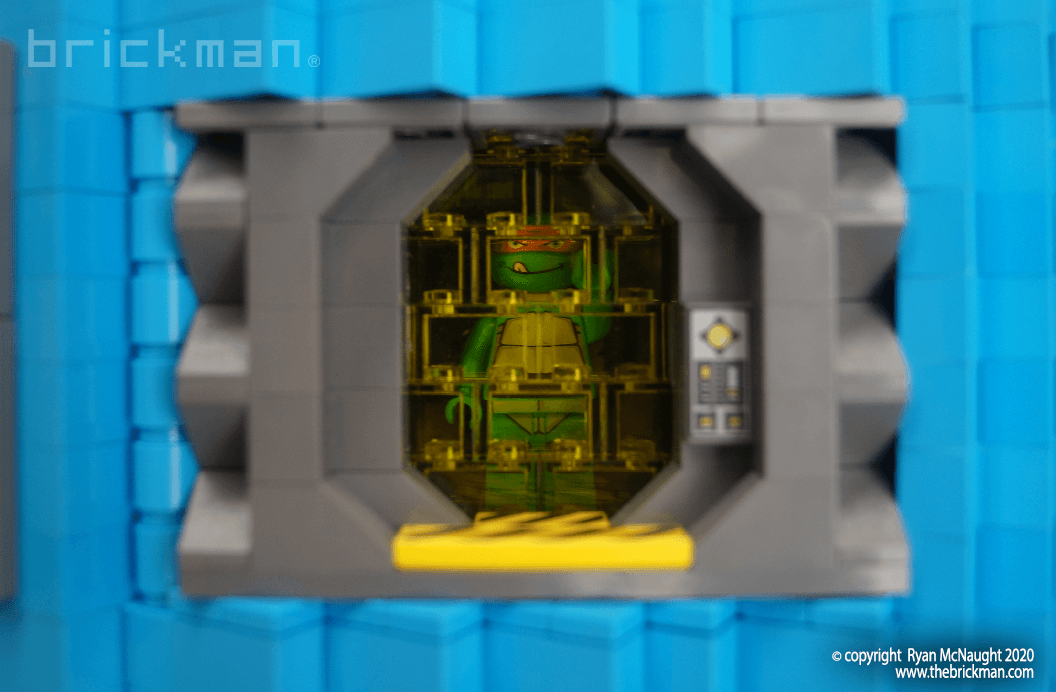 To help viewers see the prisoners, Jordan also added lights to the model- lighting up some of the cells interiors as well as putting lights behind the explosion on the far side of the model. 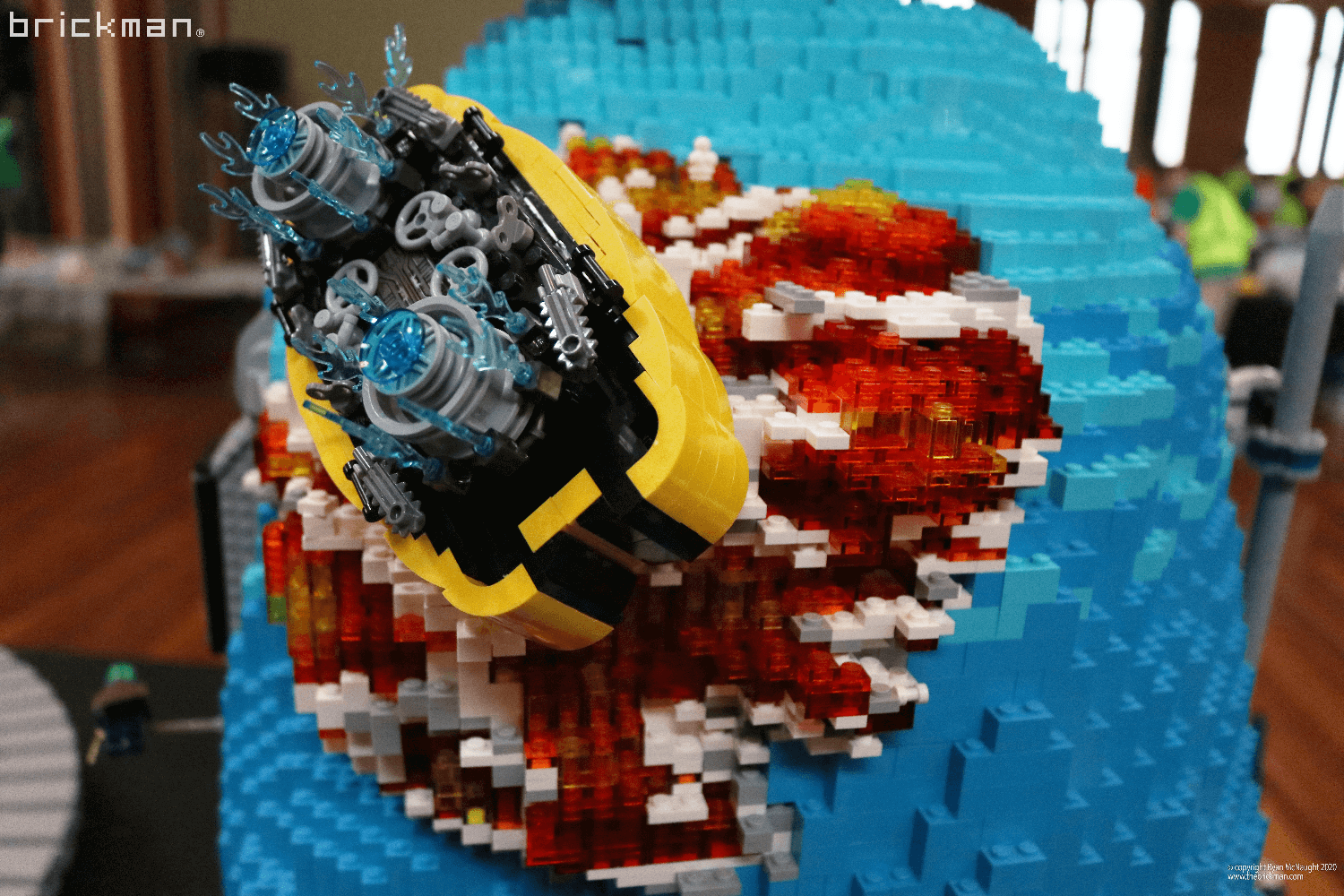 Watch Jordan talking about the build in our video: