Halfway through 2019 Ryan decided that the whole team could build whatever that wanted to for Melbourne’s premier LEGO® Fan exhibition, Brickvention 2020. Needless to say, the whole team was pretty excited!

The idea was for every team member, from our Inventory Manager through to Ryan himself, to build LEGO® models to showcase their skills and interests and build something that they normally wouldn’t get a chance to with probably the biggest selection of LEGO® in the country.

2016 was the last time we were at Brickvention, so it felt great to be heading back and everyone was keen to really challenge themselves. We all tried to push the envelope with movement and lights and build something bigger than we had before. In the end the whole team put in just under 1500 hours into building our models, using over 225,000 LEGO® pieces! It was a fantastic (if sometimes exhausting!) few weeks and it was such a great team building experience, with everyone really going out of their way to help each other. 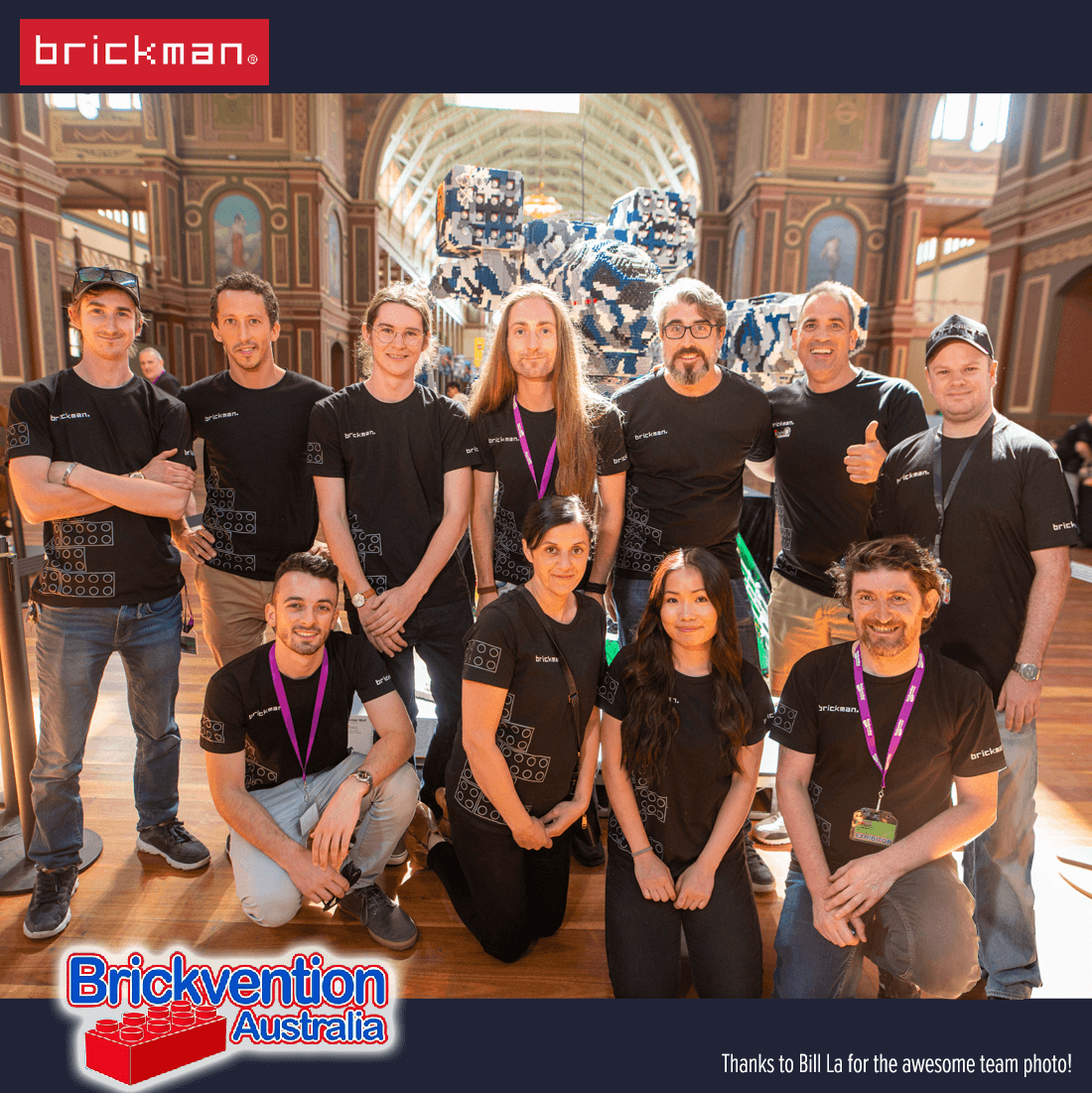 Ryan had been working on his model idea – a giant BattleTech Timberwolf mech- for nearly 3 years! He designed various parts of the model digitally as well as brainstorming ideas for the model’s support system with our workshop manager Clay.

The BattleMech ended up being over 2.2m tall and featured an opening cockpit canopy system designed with help from Stephan, light-up cannons and a striking arctic camouflage paint job! 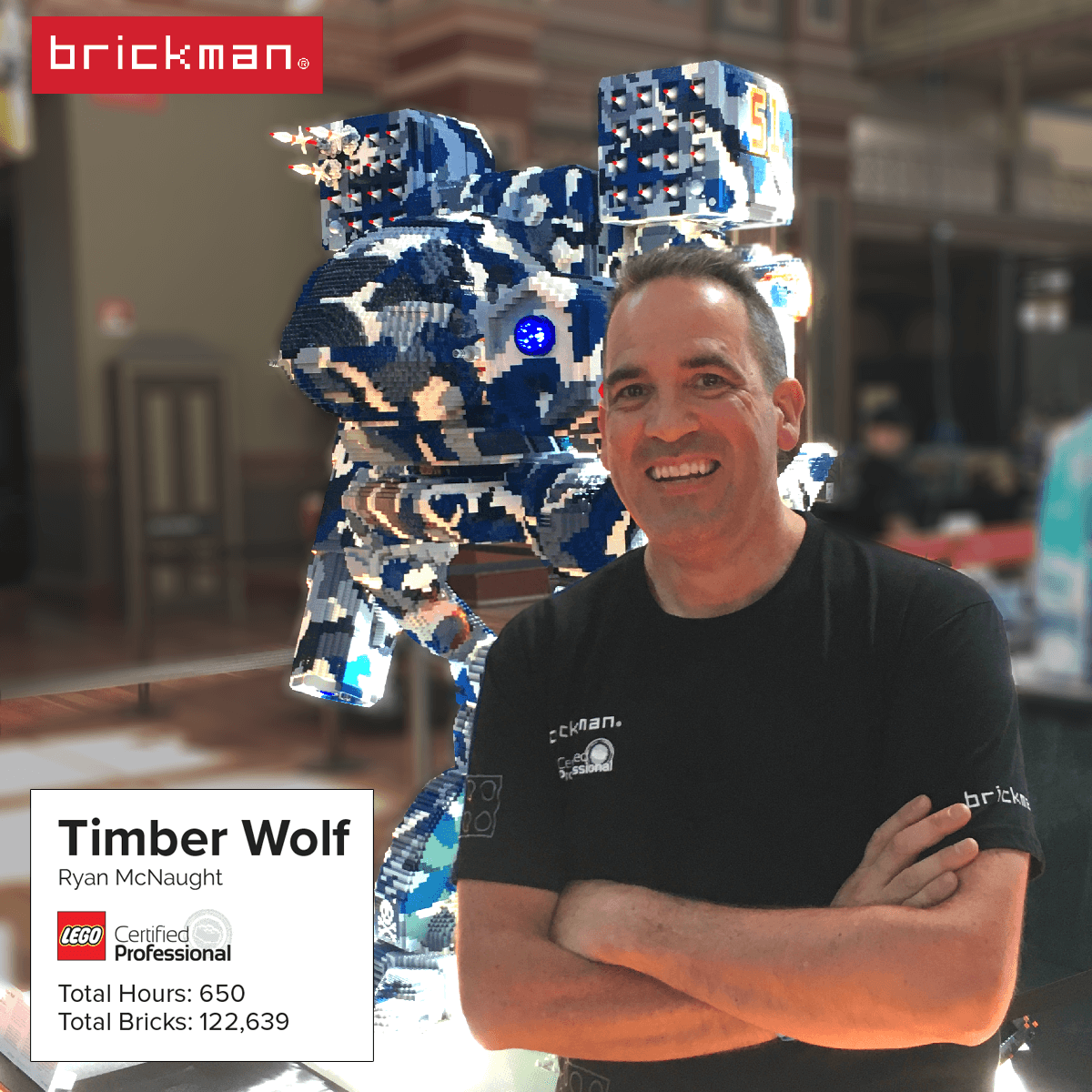 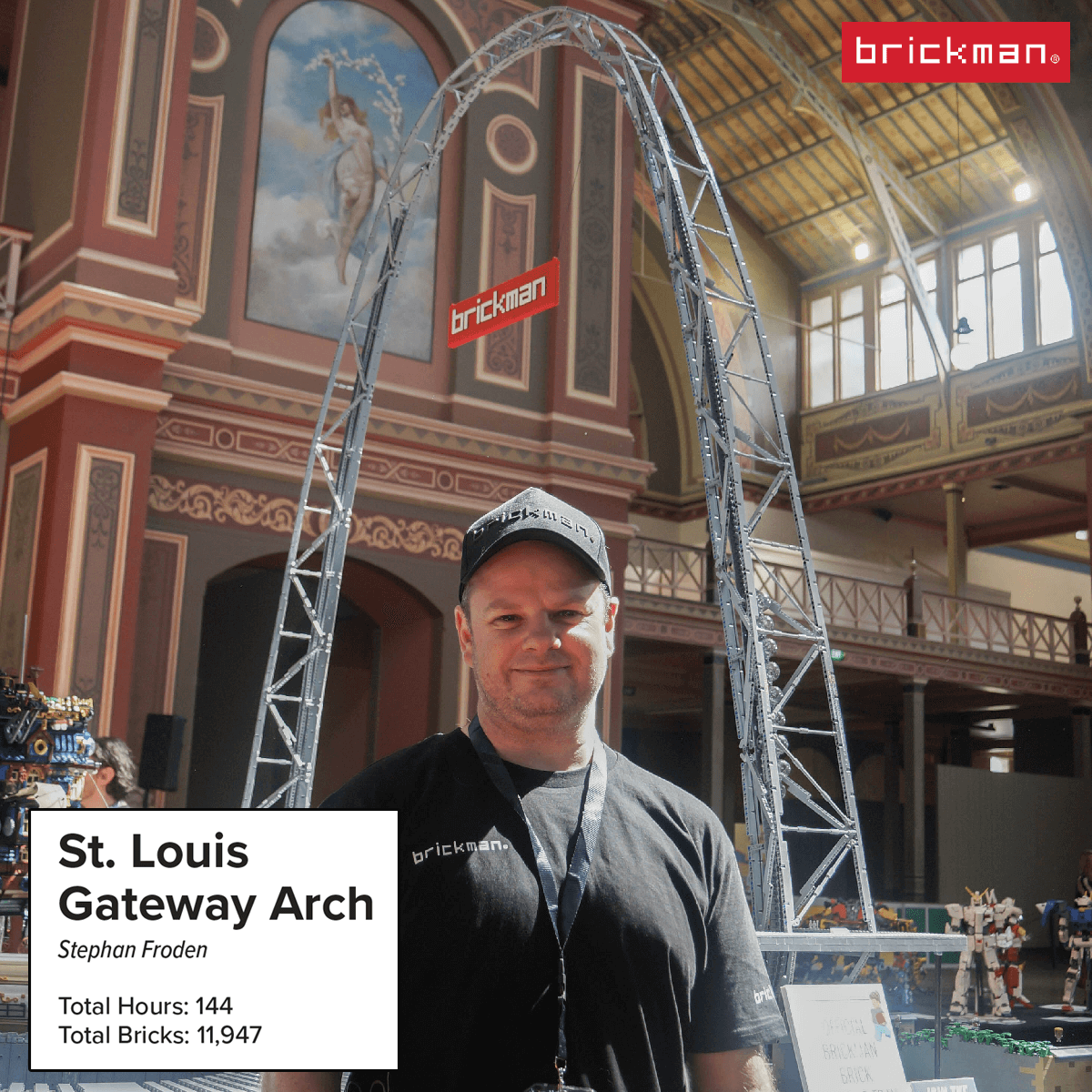 Luke created an amazing LEGO® brick 1964 Chevrolet Low Rider, including a system of wheel suspension pneumatics that can raise or lower the car on each wheel independently. 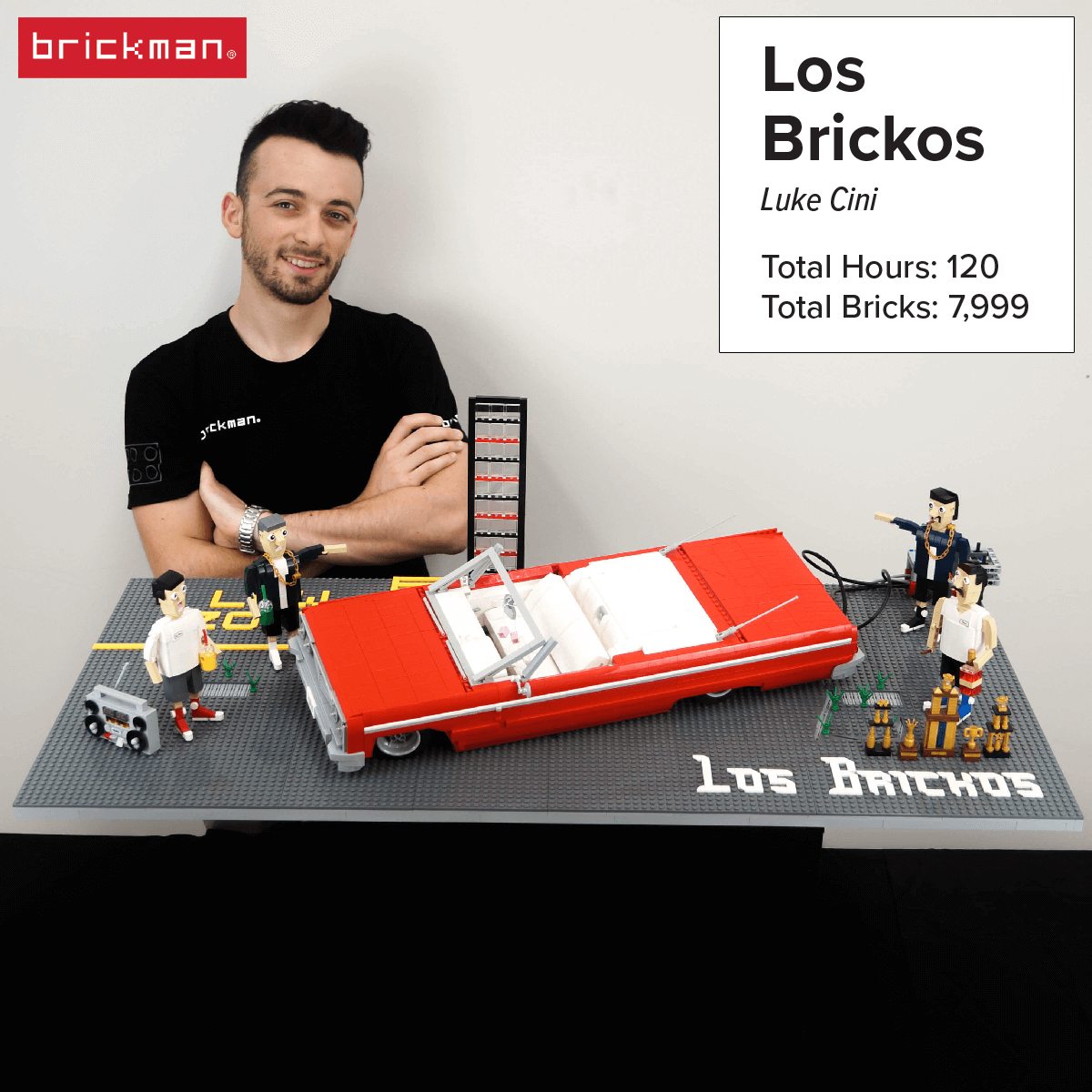 Our Workshop Assistant Adam built a life-sized Nord Stage 88 keyboard, complete with lights and a stand. Believe it or not it was his very first LEGO® model! 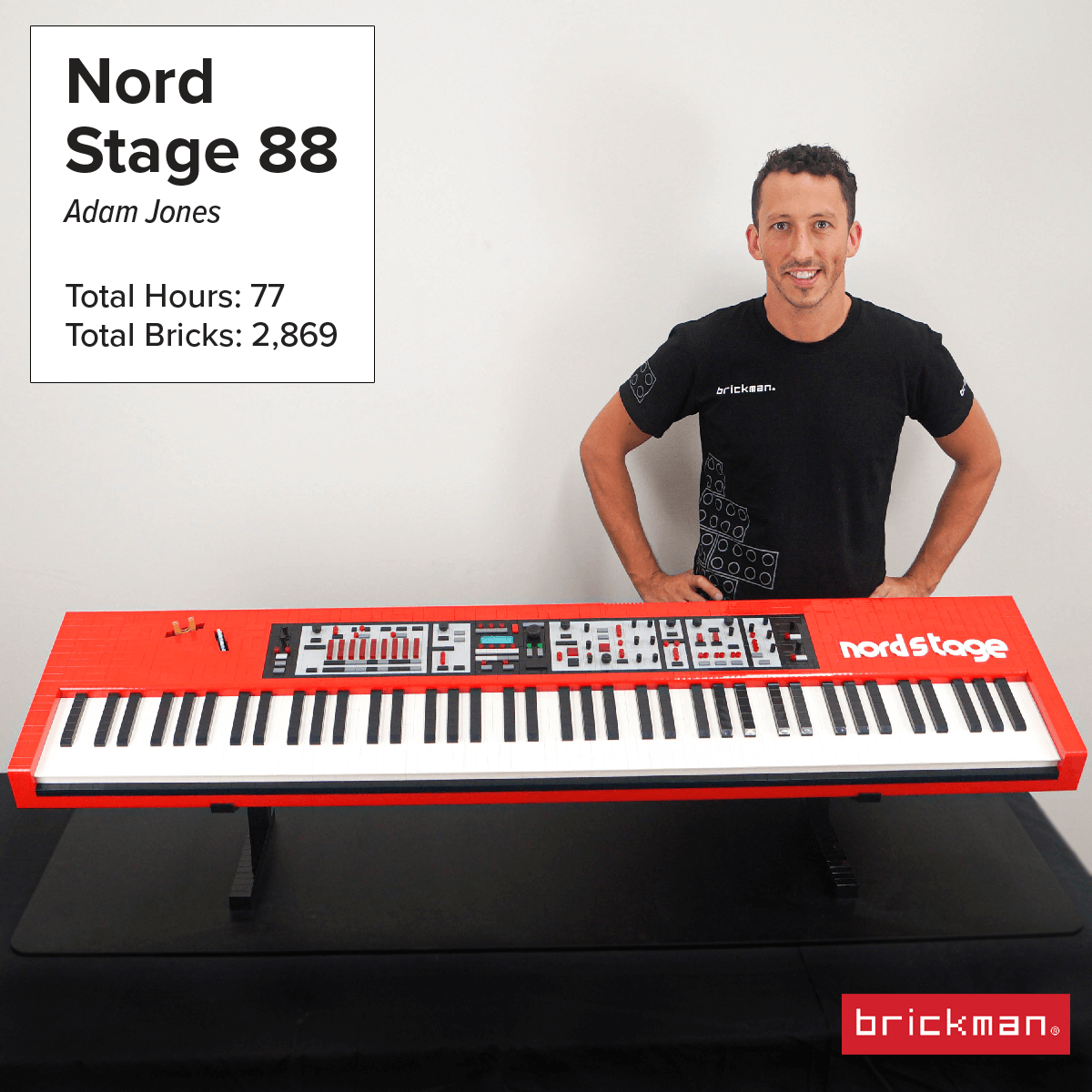 Our Customer Engagement Manager Mark decided to build a huge dragon facing off against an ill-prepared knight with a light-up flame breath. 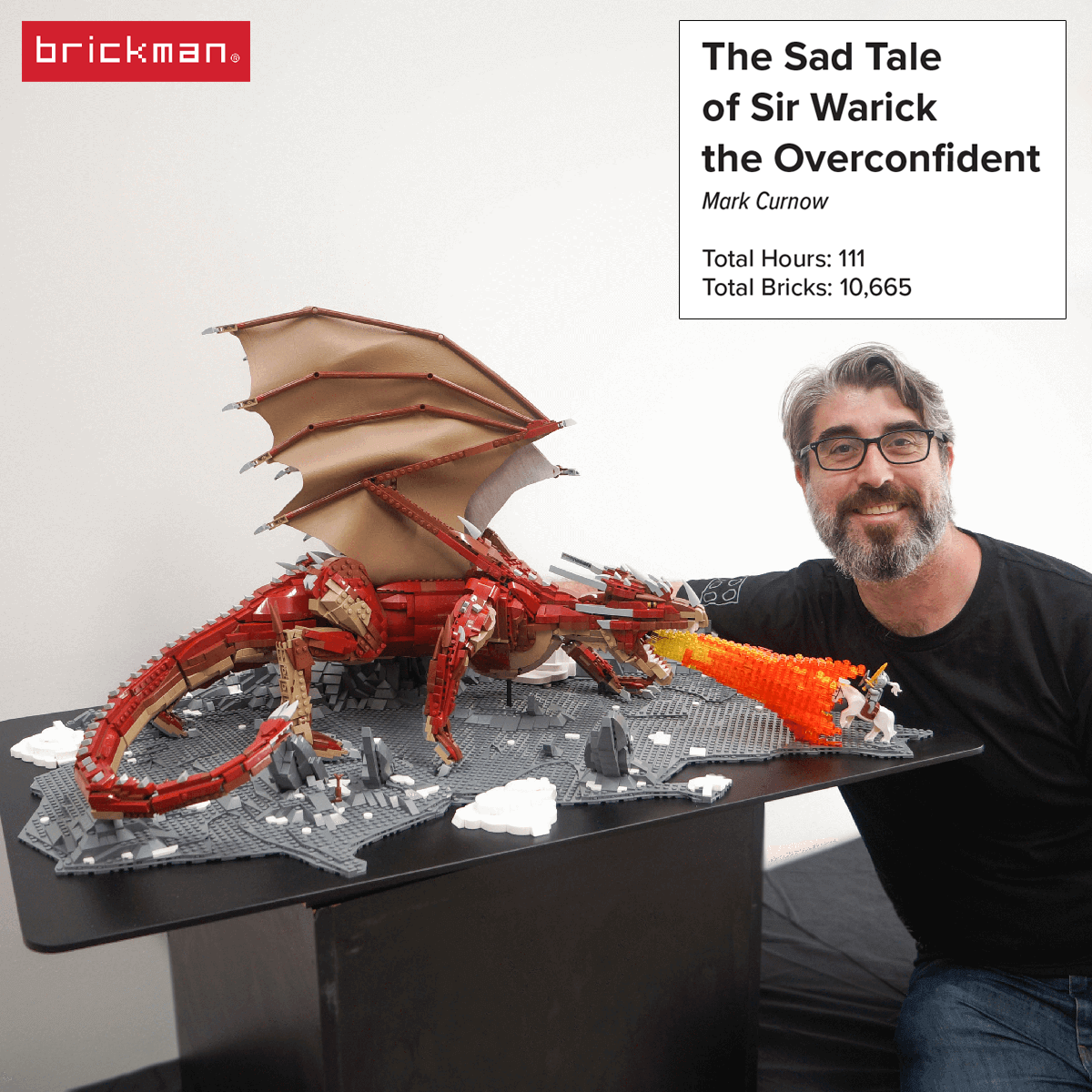 Our Inventory Manager Tracey and our brand new Graphic Designer Lecy collaborated on a LEGO® recreation of Charlie and the Chocolate Factory’s iconic chocolate waterfall garden. 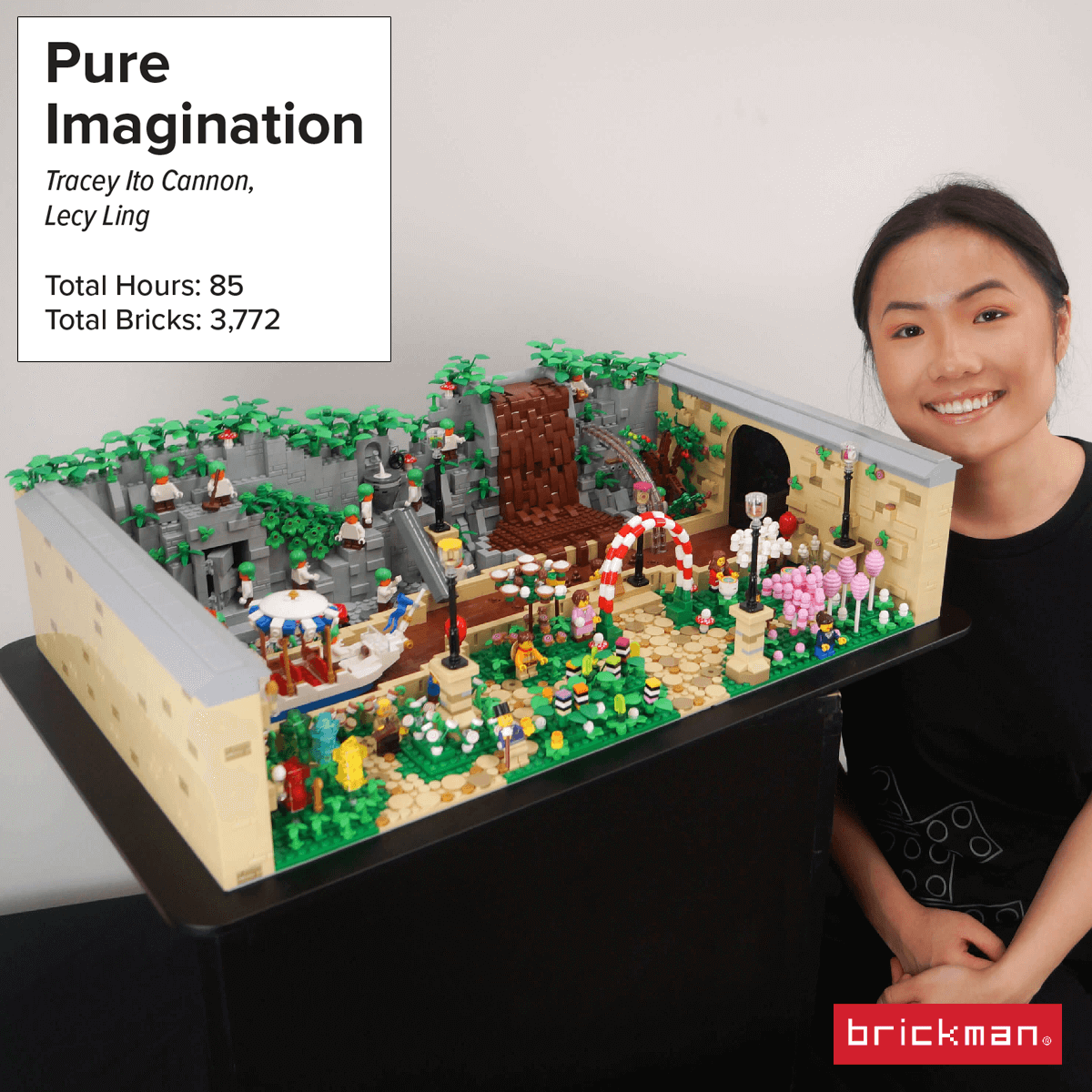 Our Workshop Manager Clay is a HUGE fan of the Olympics, so he faithfully recreated Sydney 2000’s Olympic Cauldron  at 1:11 scale, built using a circle of LEGO® train track! 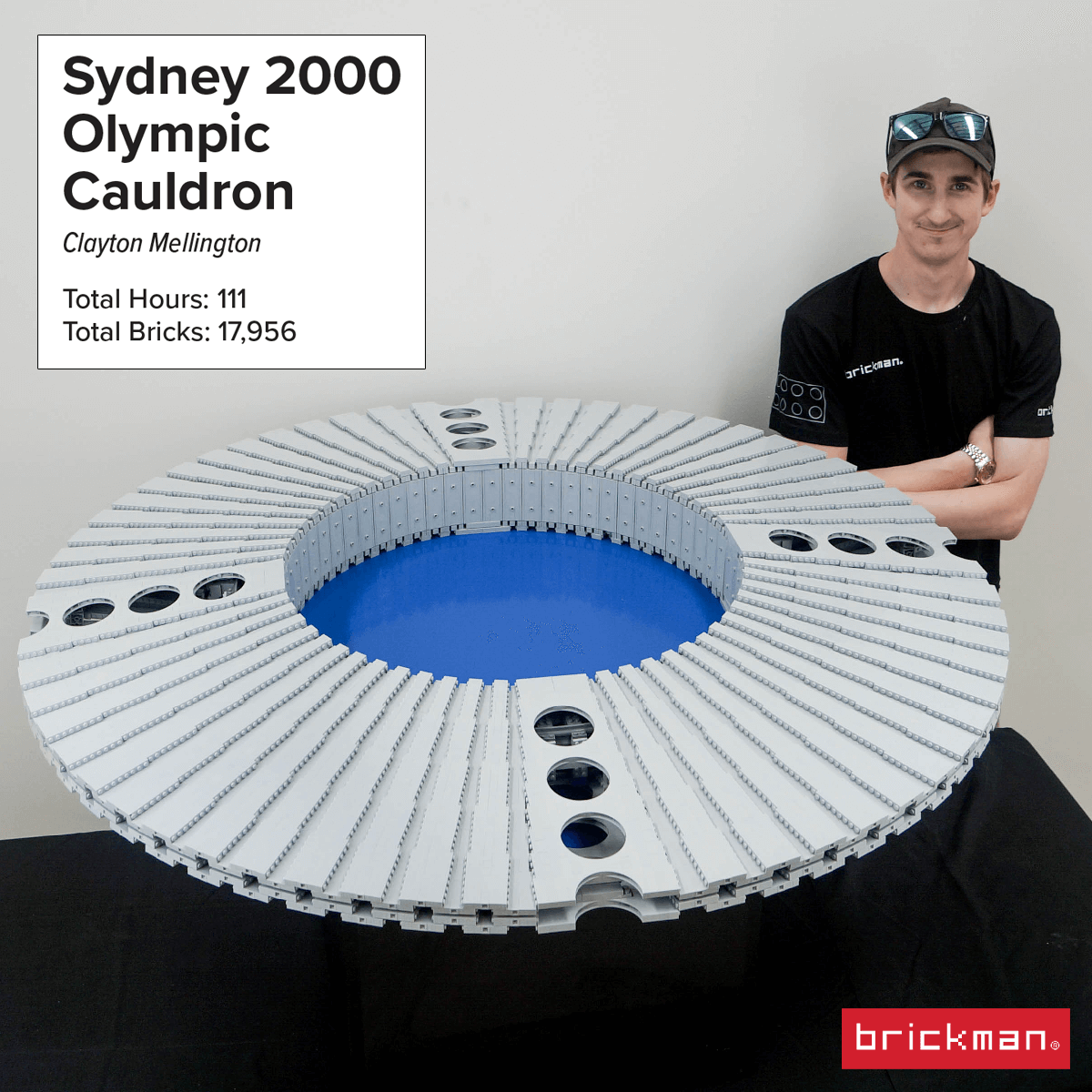 Our LEGO® builder Tullett created a LEGO® version of the Japanese Beckoning Cat with a motor powering it’s waving arm. 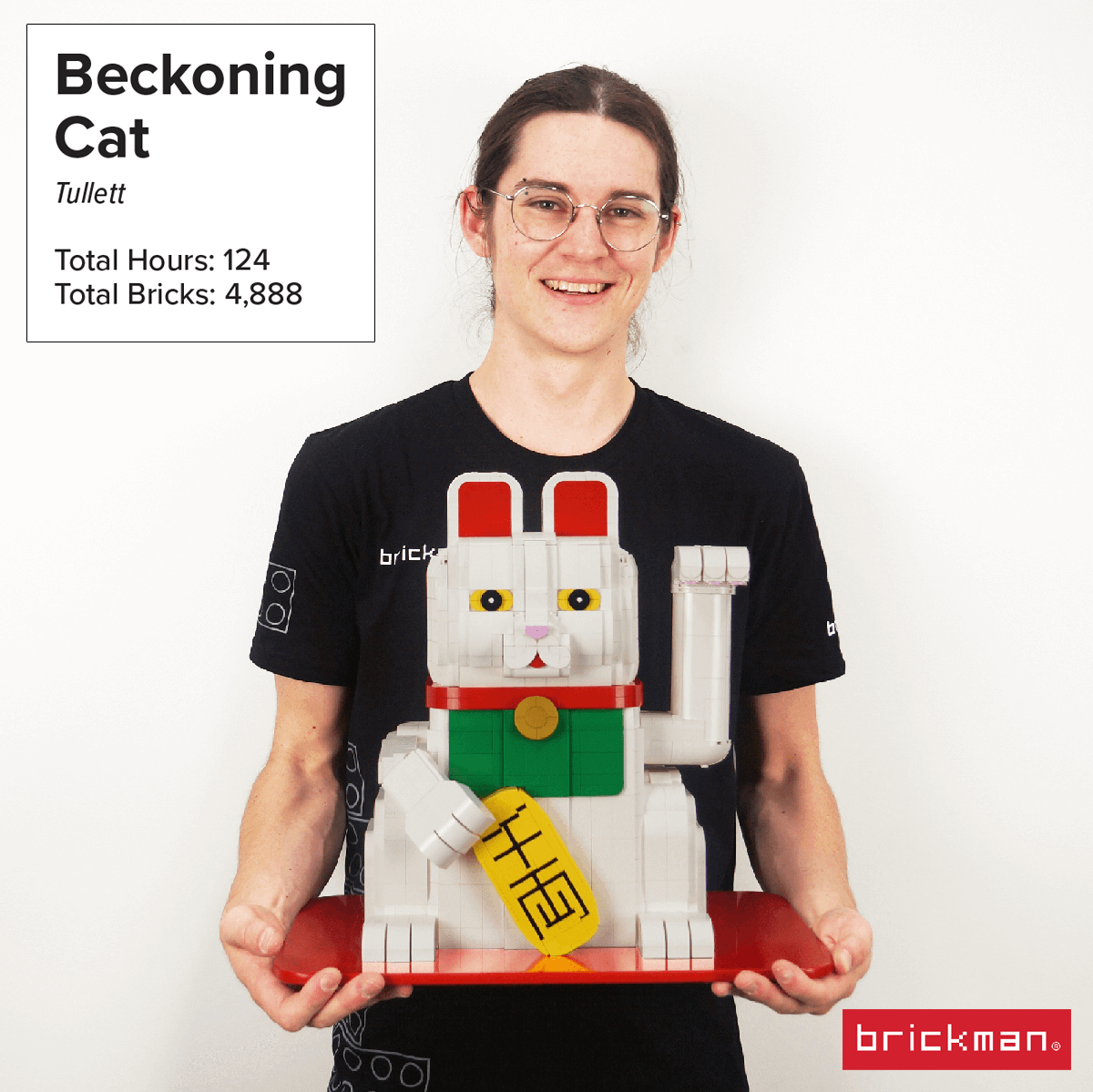 LEGO® Master’s season one alumni Jordan is a massive Star Wars fan, so he built a LEGO® diorama of Mandalorian’s attacking an ex-Imperial prison outpost. 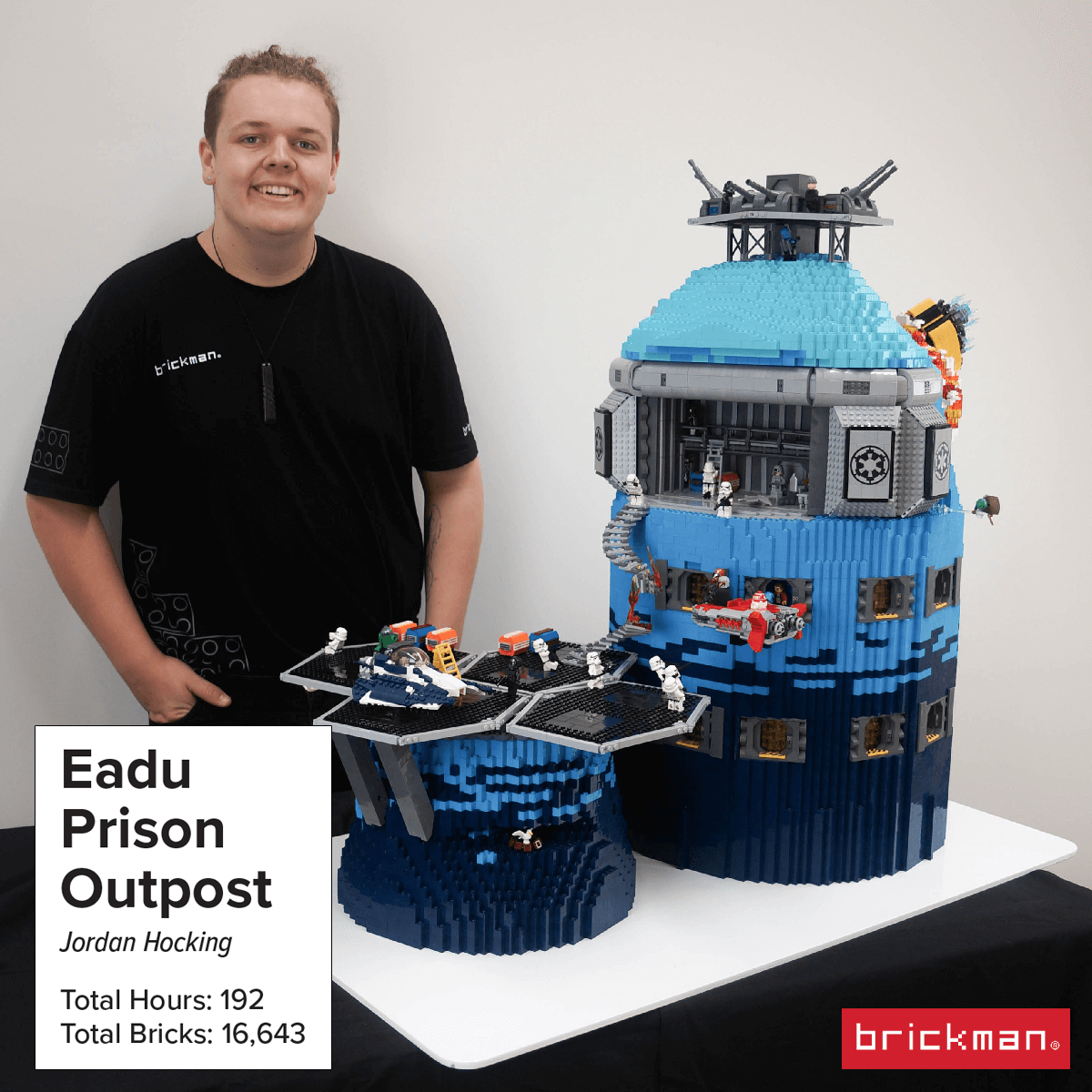 KC is a proud Tasmanian so when it came to choosing something to build, building his own version of his favourite cartoon character Taz Devil was an easy one. 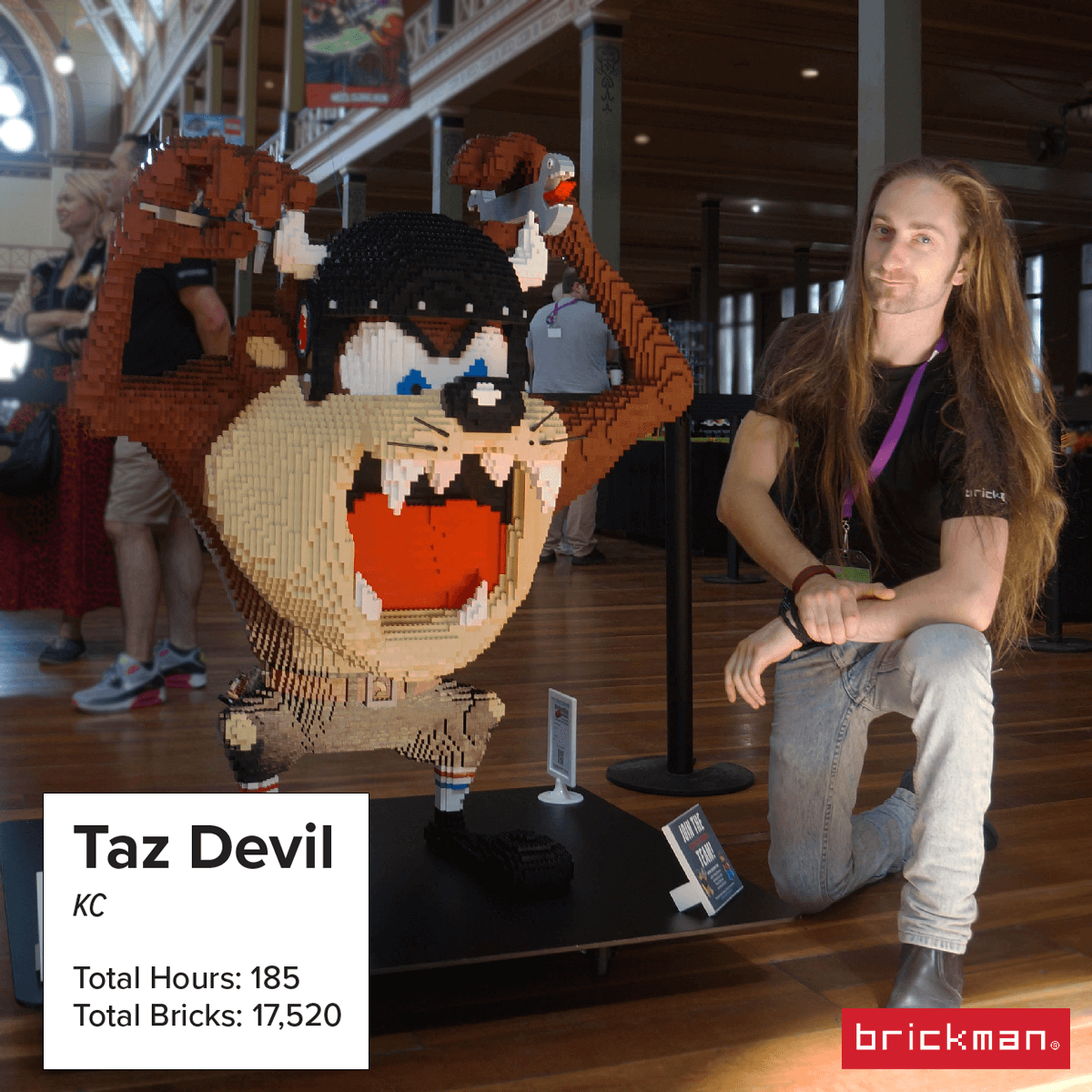 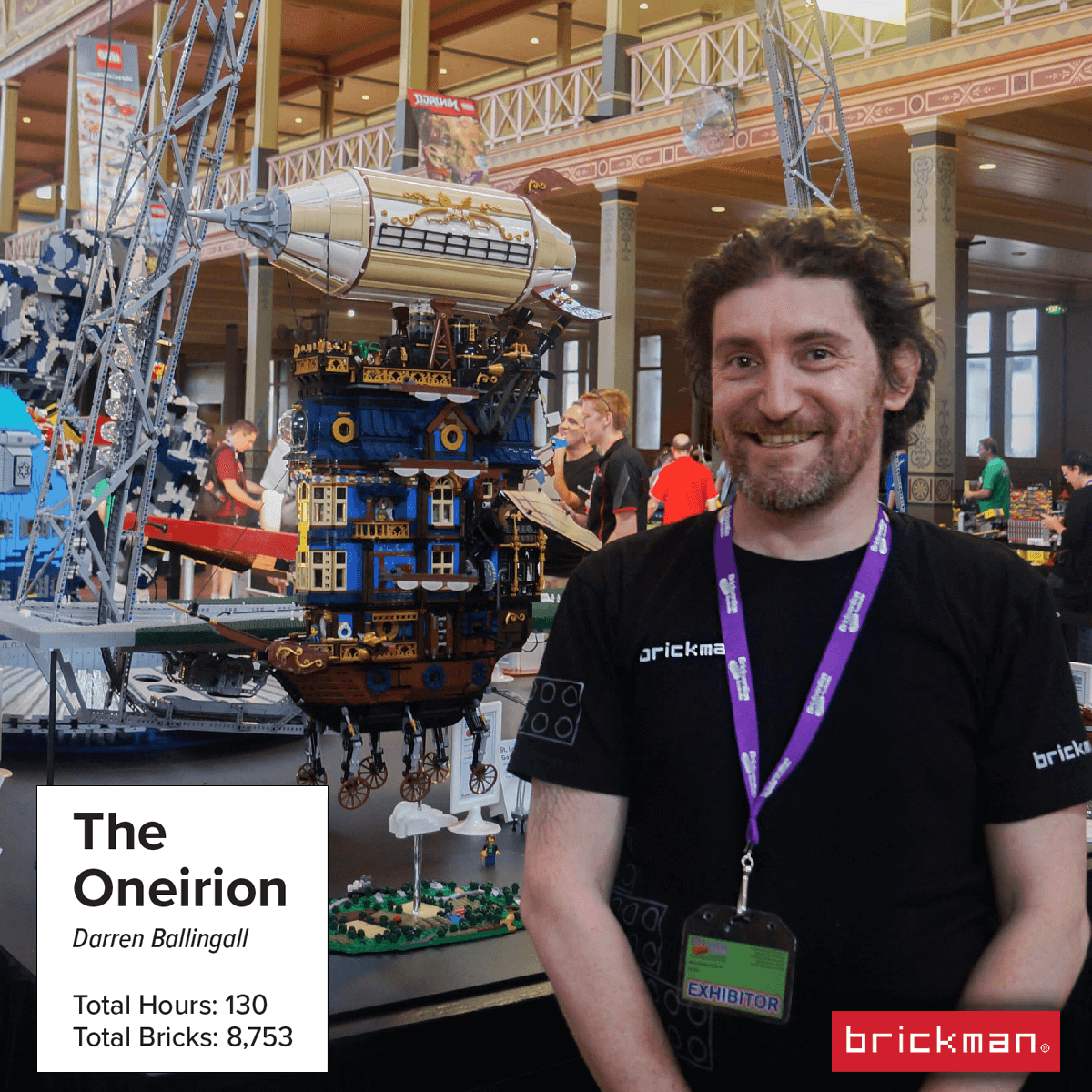 The best part of Brickvention is getting to explore the amazing LEGO creations made by all the other incredibly talented AFOL builders and being inspired. The whole team had a blast meeting all of the Brickman fans and hopefully we’ve inspiring some LEGO creativity at home!

Over the next 11 weeks we’ll be going into more detail on each Brickvention model, so stay tuned to find out more about how each was built and go behind-the-scenes with the Brickman team.