When we were given the idea of the Smash and Grab challenge for LEGO Masters Series 2 we had to think long and hard about the right sort of model to build for it. It had to be impressive, but it also had to be easily push-over-able by Hamish! AND it needed to be as hollow as it could be to contain lots of extra loose LEGO® pieces for the contestants to build with. 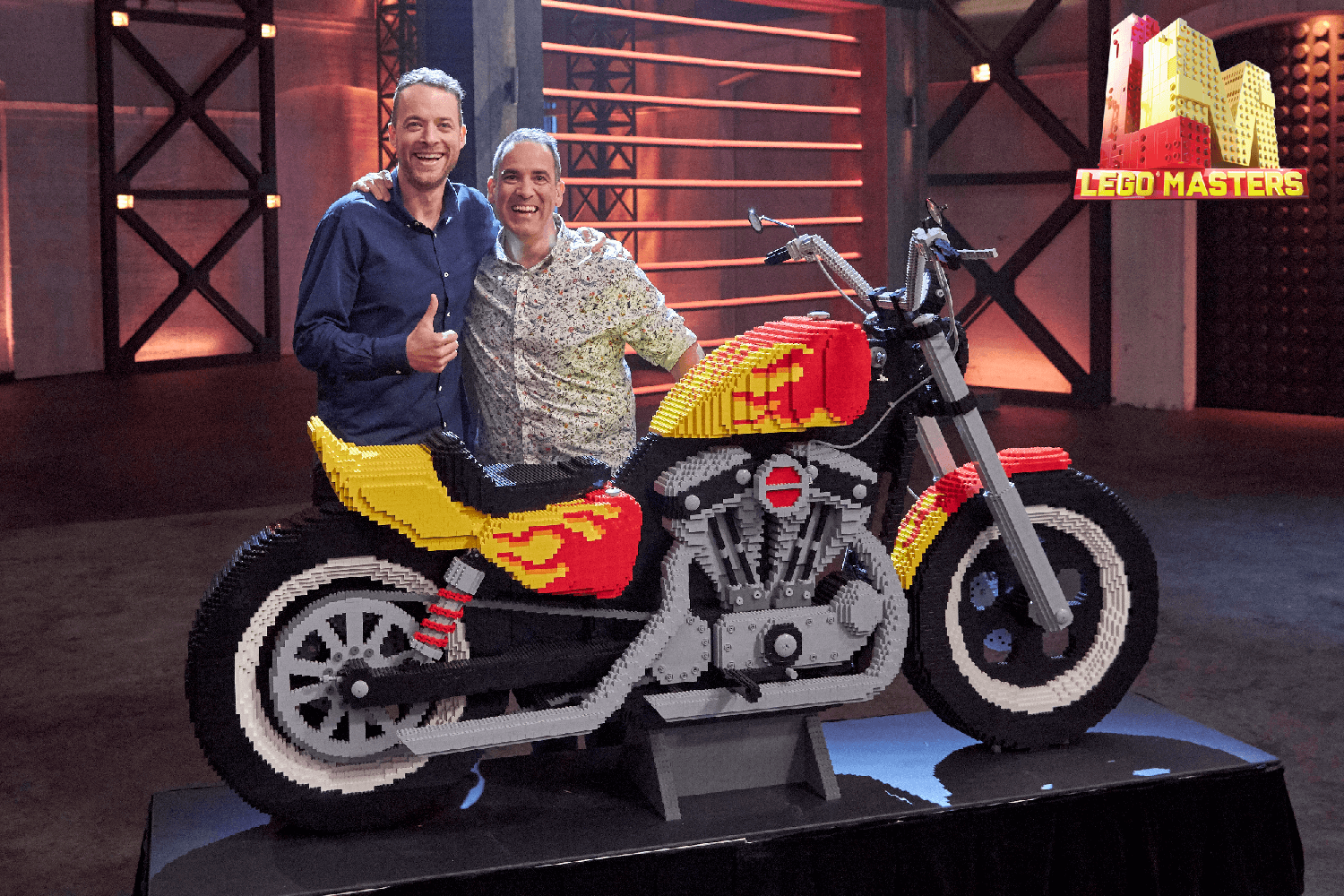 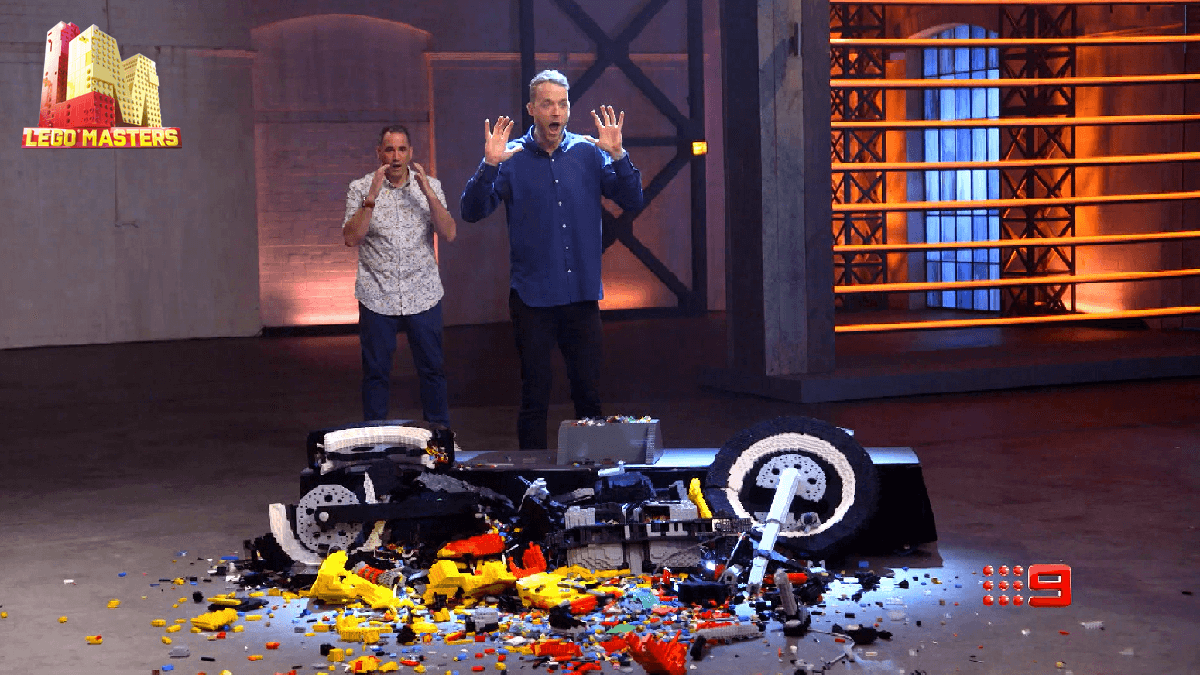 Normally building a model as large and precarious as this we would glue the pieces together to ensure the model stays together, survives transport, and most importantly won’t fall apart and hurt someone! But of course we couldn’t do that with this model AND we couldn’t even try to make it strong by cross-bracing the hollow spaces as those needed to left open! 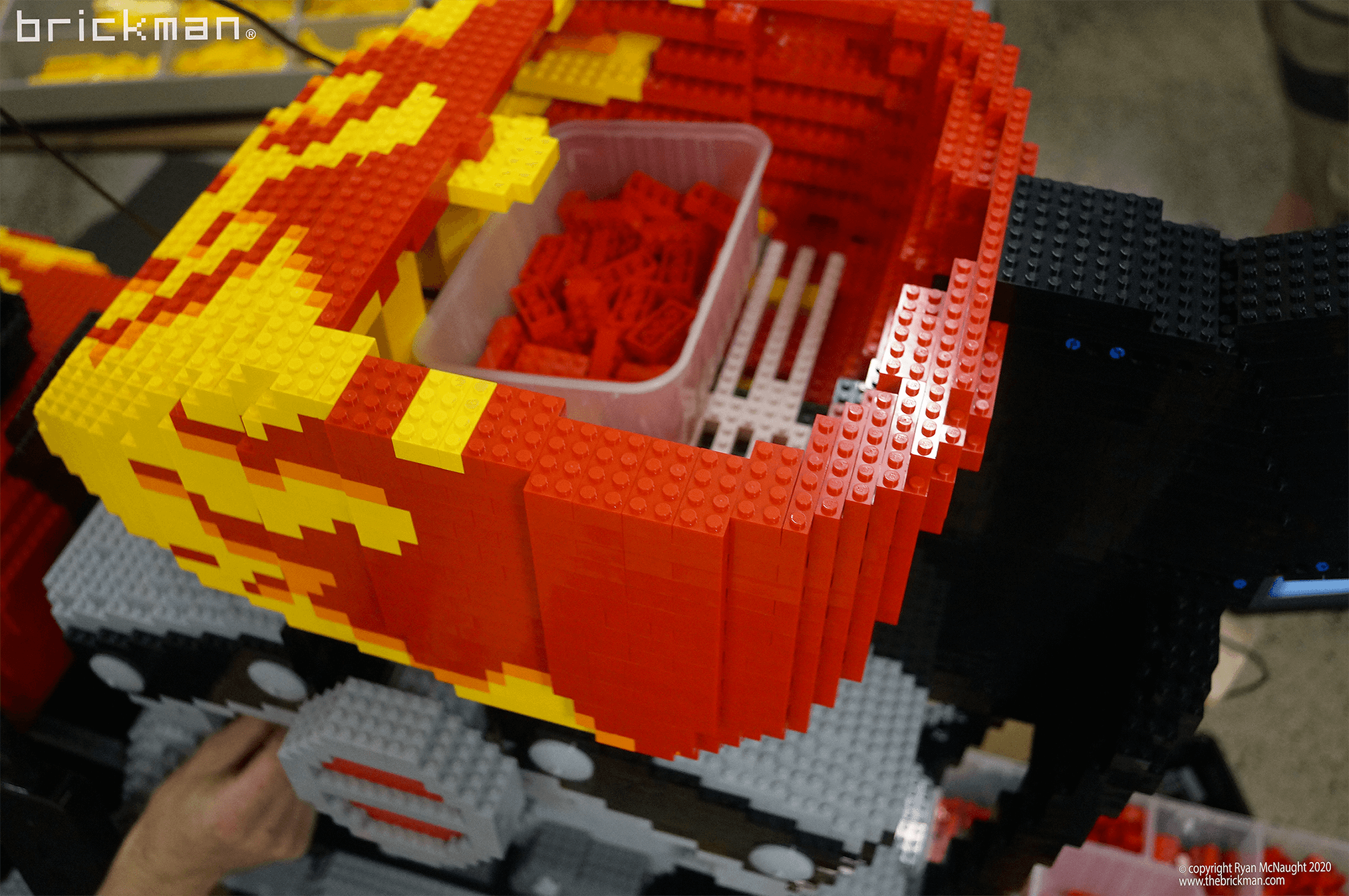 All of these difficulties aside we had a blast making this model. Our resident motorcyclist KC designed a lot of the bike in our computer software first to make sure LEGO Masters were happy with it. He gave it red and yellow flames to make it look cool ( the fact that they mach the LEGO Masters logo didn’t hurt either though!) 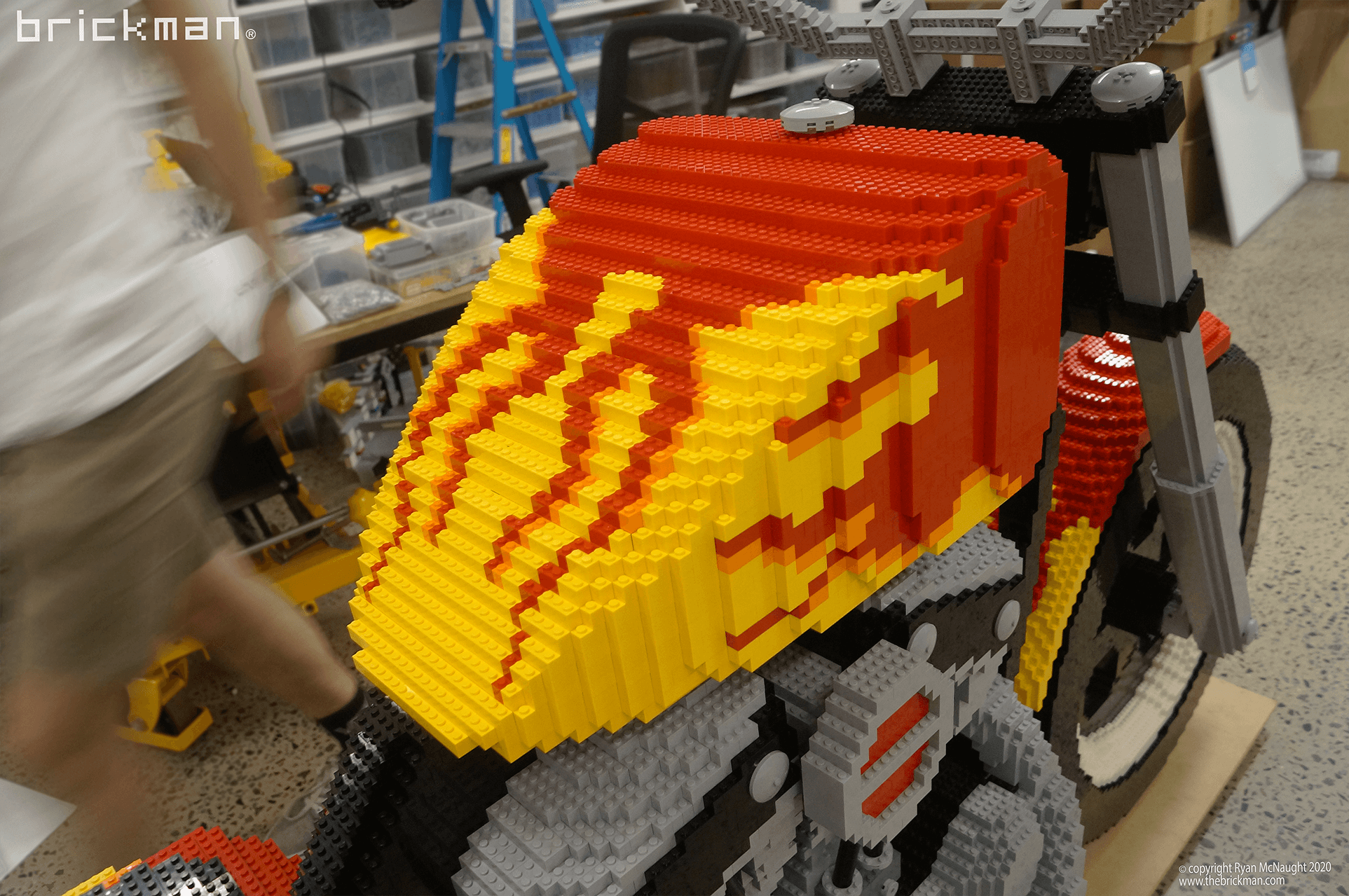 This bike is actually our 3rd life-size motorcycle made from LEGO® bricks, which made it easier to design and build because we knew what could work and what couldn’t.

We also detailed the model with lots of little hand-designed sections within the engine, on the rear shock absorber, around the handlebars and added rivets across the model. Because it was only ever going to be seen from one side before it went smash we only added these details to one side of the model. 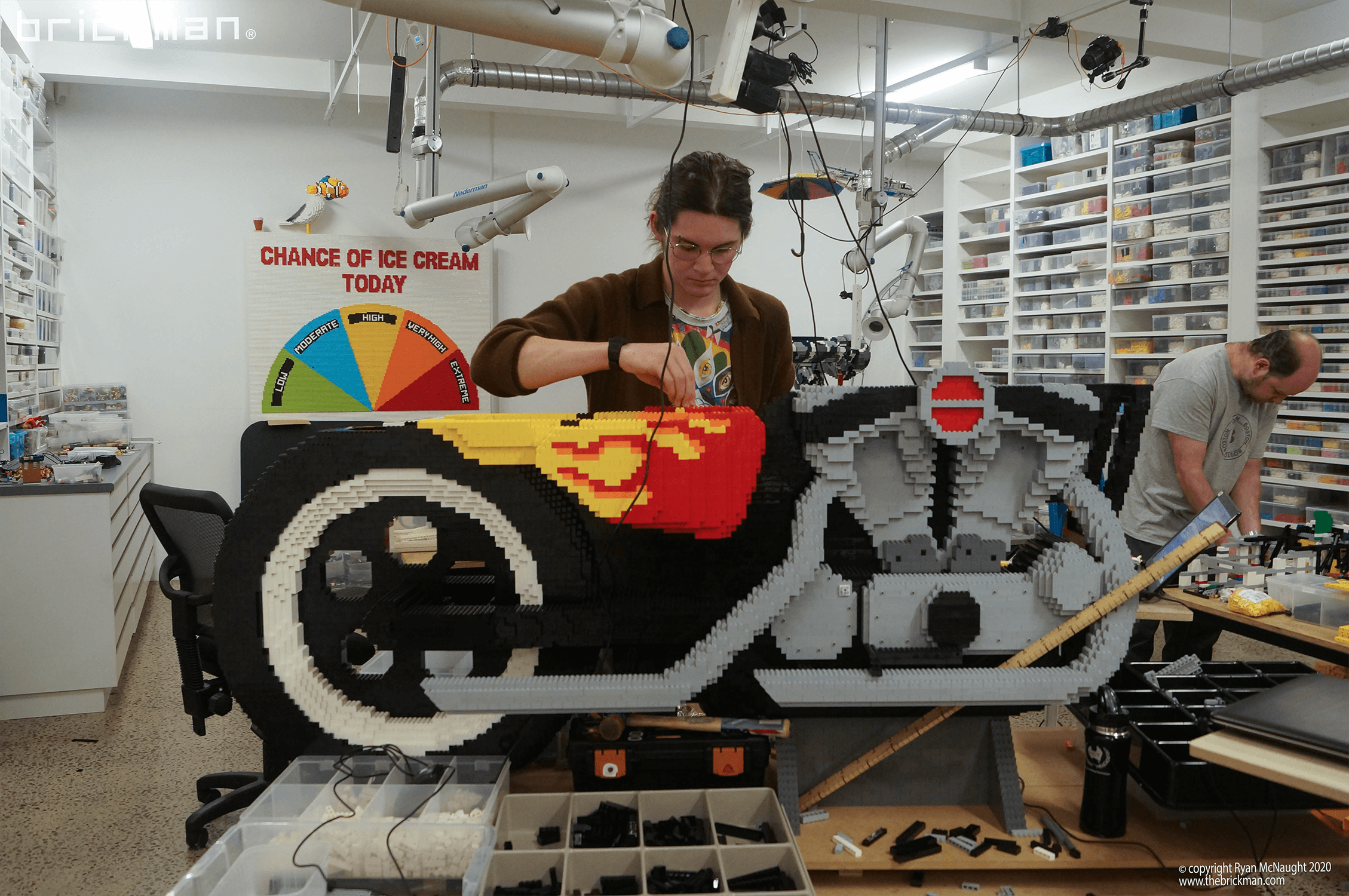 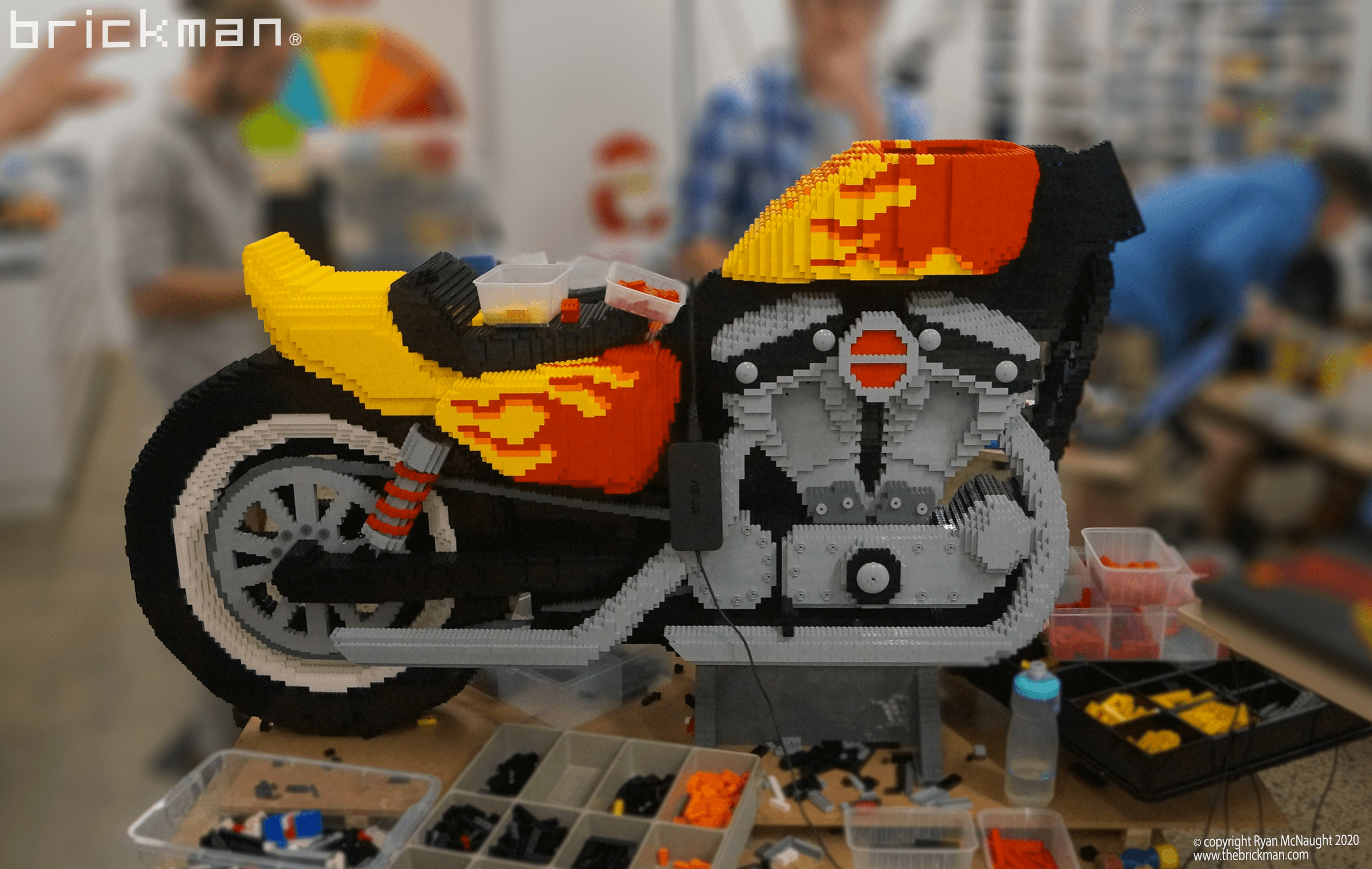 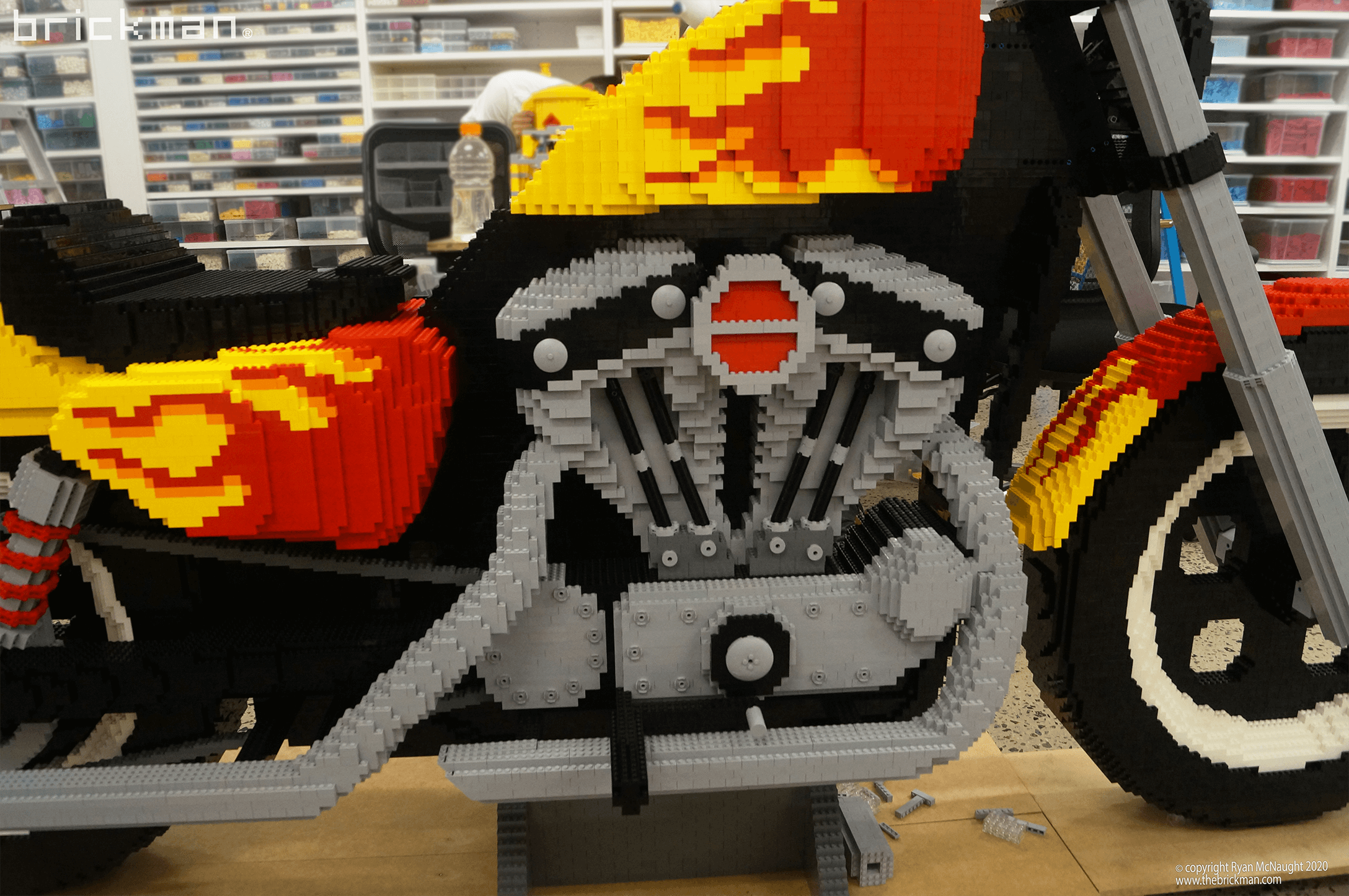 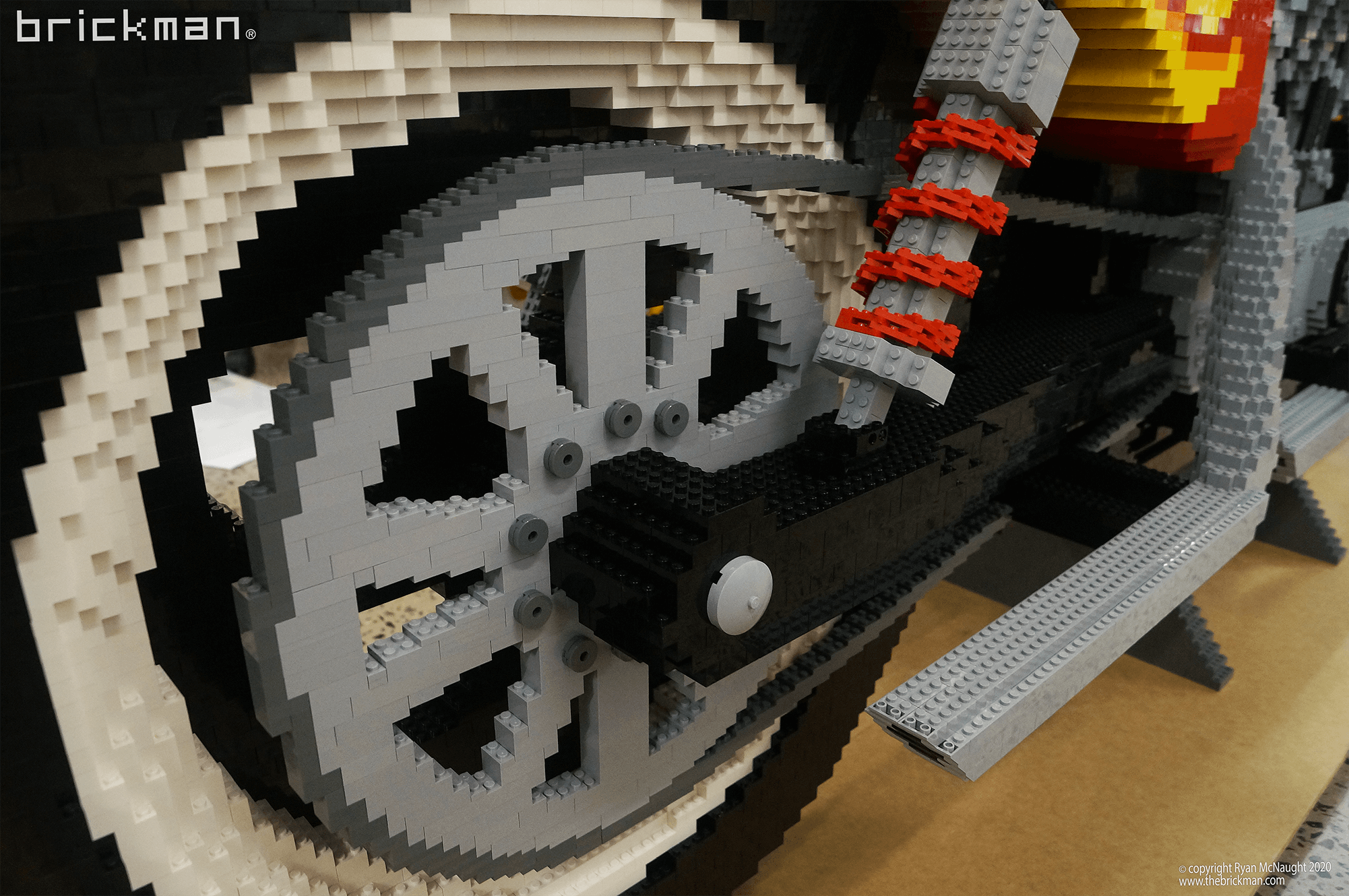 Transporting it safely to set so it didn’t break ( until it was supposed to at any rate!) was a tricky task. We built a makeshift wooden cradle to keep it from wobbling in transit, and the handbars and front wheel came off for transport. 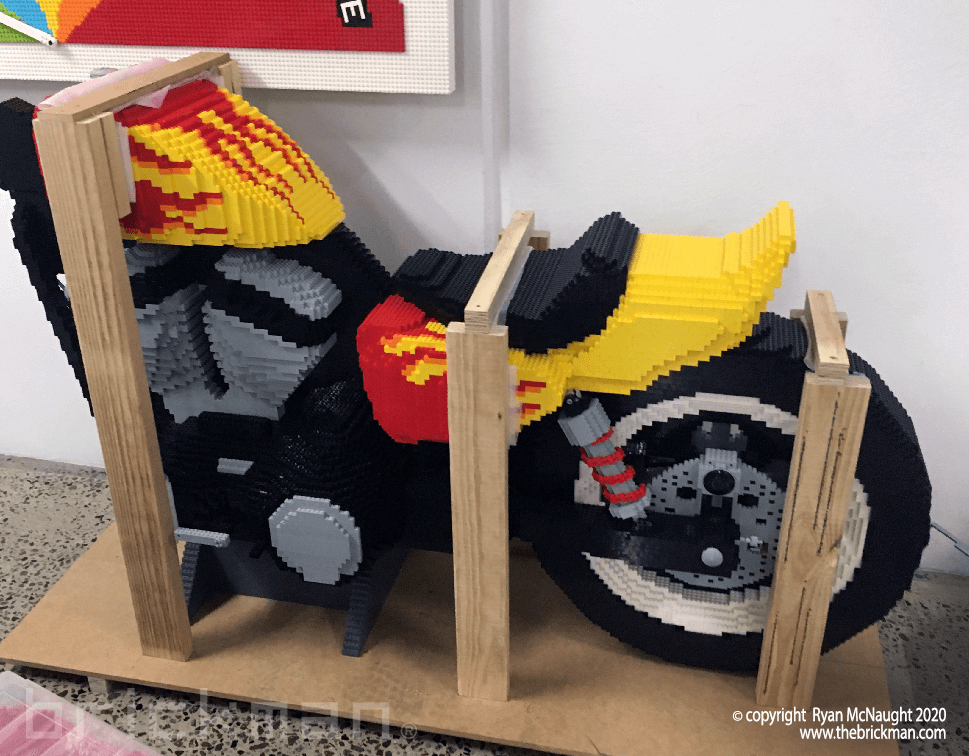 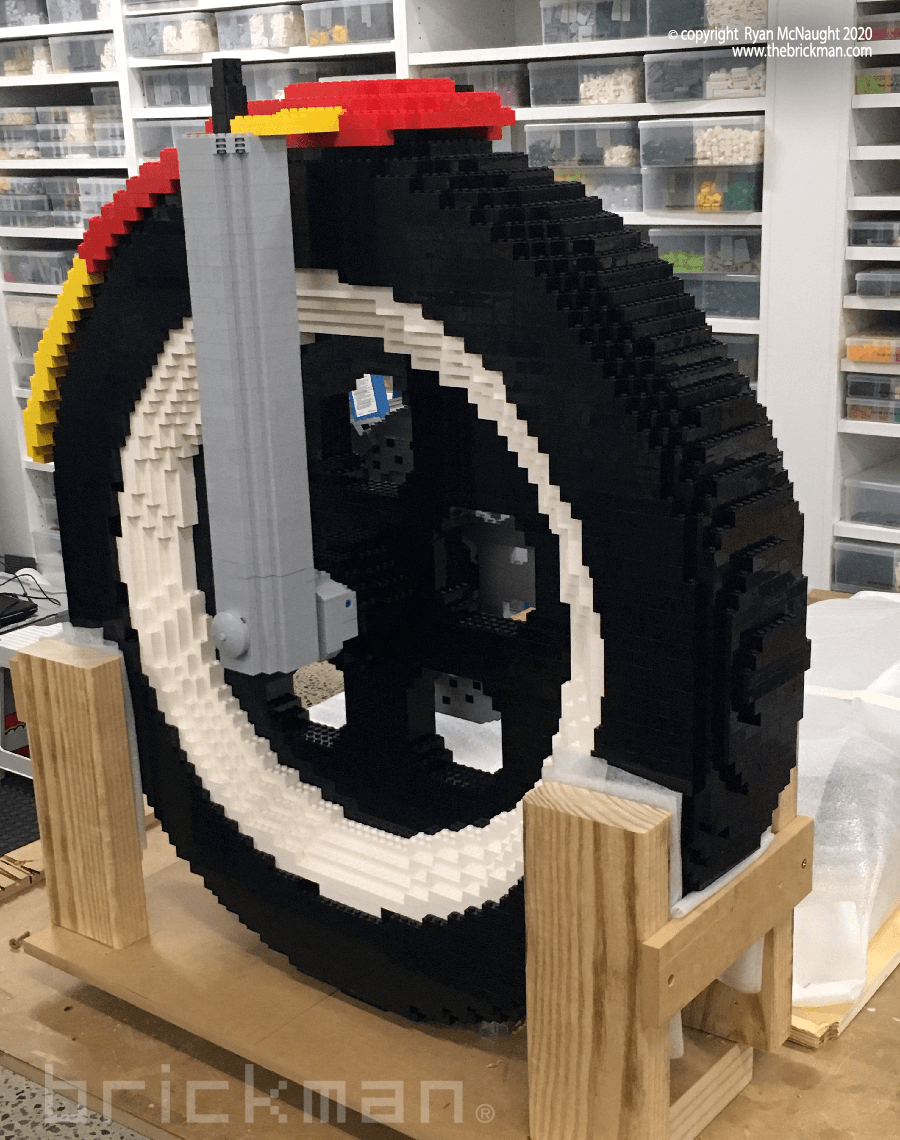