Star Wars Force Friday celebrations in Auckland were a bit bigger than usual this year because it’s also the 20th Anniversary of LEGO® Star Wars this year! So we teamed up with LEGO® New Zealand to help build New Zealand’s largest LEGO® mosaic- a massive image of Rey and Kylo Ren from the upcoming Star Wars Episode 9: The Rise of Skywalker!

The mosaic was a “mystery mosaic” in that anyone that came down to Westfield St Lukes  in Auckland got the chance to help build the mosaic by creating an 8 x 8 stud square of LEGO® bricks to match the pattern and adding it to the wall. In the end in used 165,888 LEGO® bricks!!
Our own Ryan “Brickman” McNaught and Darren were on hand to add the finishing touches- check out their progress on Ryan’s instagram:

Watch Ryan building it on TVNZ: 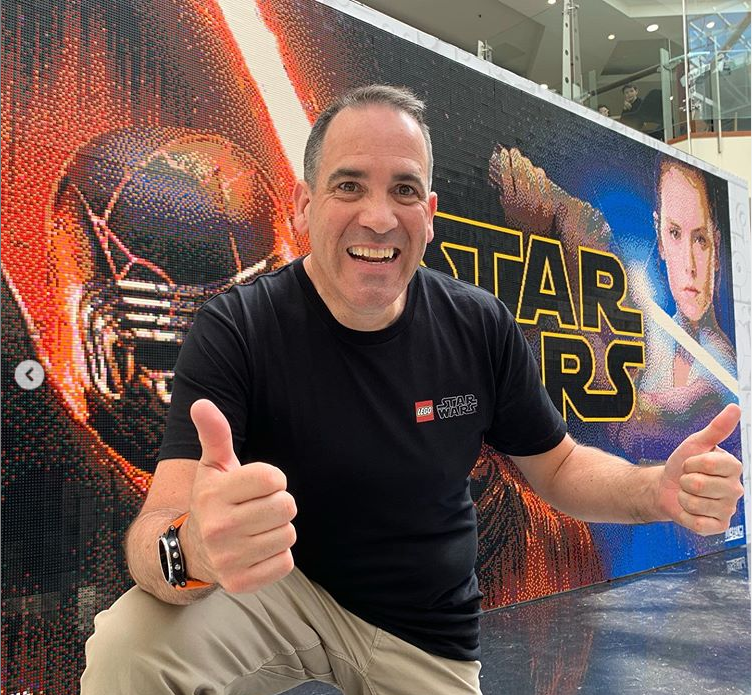