Well April has been an amazingly busy month, and as always I am way behind on posting something cool, unless of course you have peeked at my FLICKR account of late.

So what have i been up to?
I spent a week over in the USA at LEGO HQ in Enfield, where I got together with the other 12 LEGO Certified Professionals and we all worked on new and exciting ways to use the product.
I also had the opportunity to hang out with a whole bunch of LEGO gurus and superstars.  Needless to say look out for many new and never before seen creations!

So What have I built of Late?
Quite a lot actually, firstly for an upcoming issue of BRW I created a couple of vignettes for thier guys to take pictures of symbolising corporate profits hitting tough times, and also that production was up, here’s a couple of my versions of the scene. I have also done a groovy time lapse video of a magazine cover being made, CLICK HERE to check it out!, its pretty cool and one of my favourite mosaics I have done yet.

I also have done another sweet episode for the LEGO club magazine which is due out in June, look out for my latest little creation for you to make in there.

Some of you may have also heard my on 774 ABC Melbourne, I have put a link to the podcast in the media section, that was a total blast!

Lastly I have been doing some real building, no not with LEGO bricks, but rather the New LEGO studio is almost finished, this will be my new hideout for all things LEGO, watch out for the grand opening in mid May. 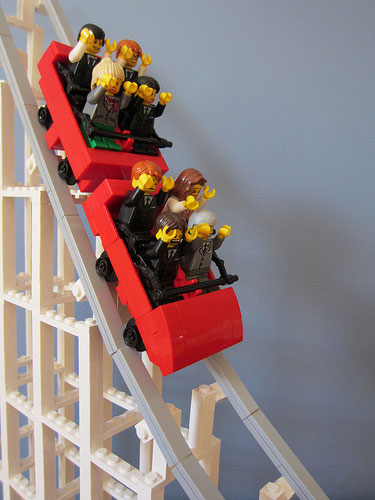 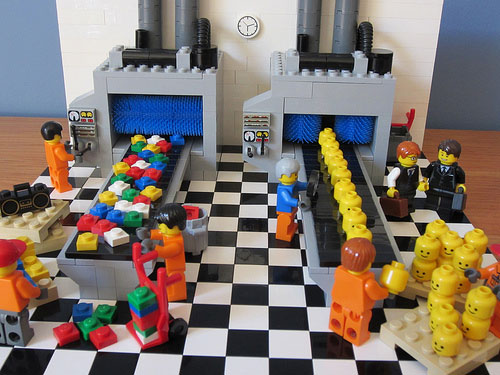