We are super proud to be able to finally reveal the models we built for the new (ish) LEGO Certified store at Highpoint Shopping Centre in Melbourne!  (We’re posting these a little later than usual, even though we built the models early last year in 2020 just before the pandemic hit, because the opening of the Highpoint store was also delayed thanks to the COVID pandemic.) 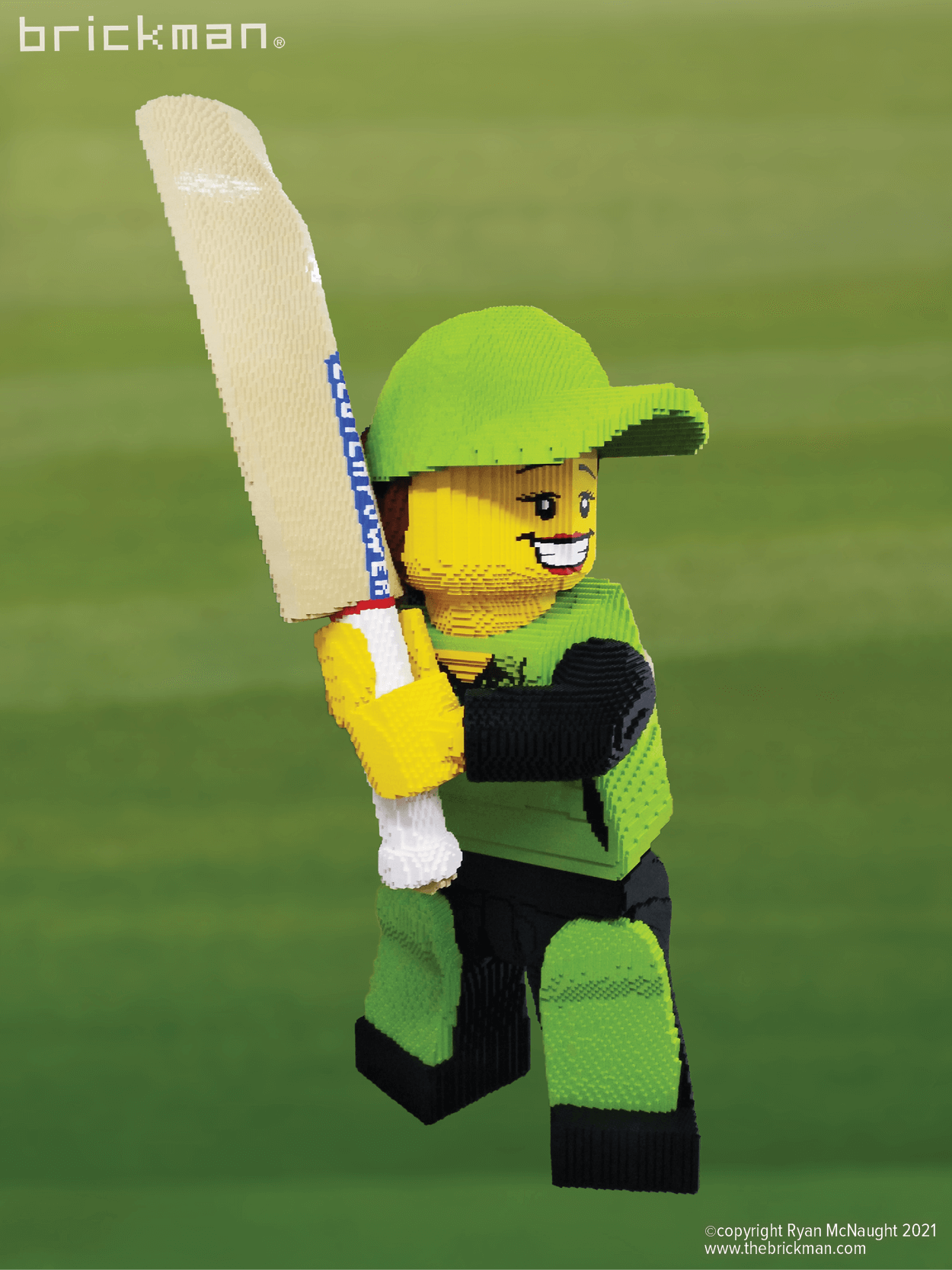 As with all of the LEGO Certified Stores around Australia and New Zealand, we built both a giant LEGO minifig and a mosaic for the store. After doing some research we discovered that the area around Highpoint Shopping Centre is home to the oldest Women’s Cricket Club in the world, so we decided to build a giant female cricketer minifg for the store! 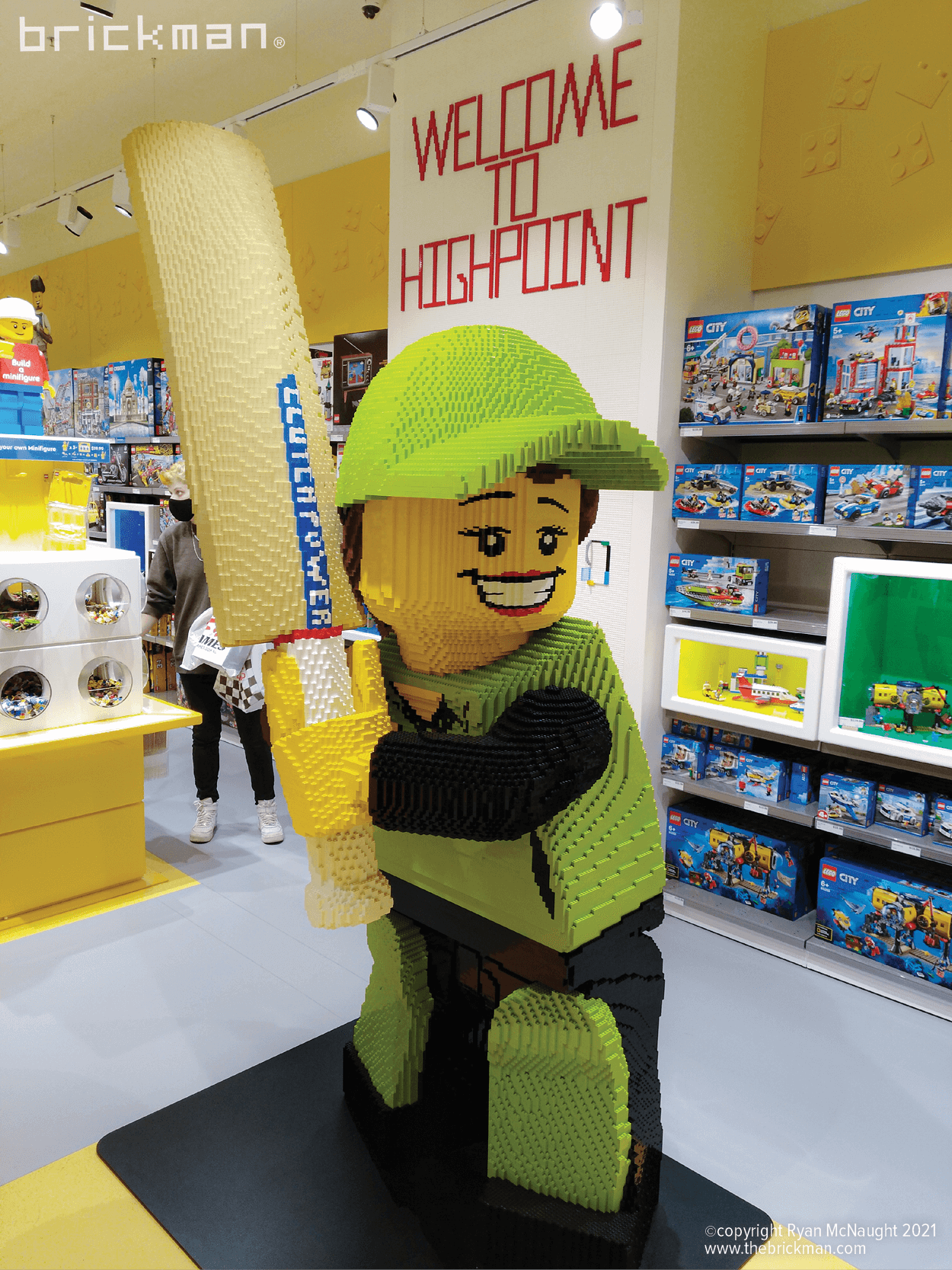 The name “Kirstine” across her back is in honour of the wife of Ole Kirk Christiansen, founder of the LEGO Company. 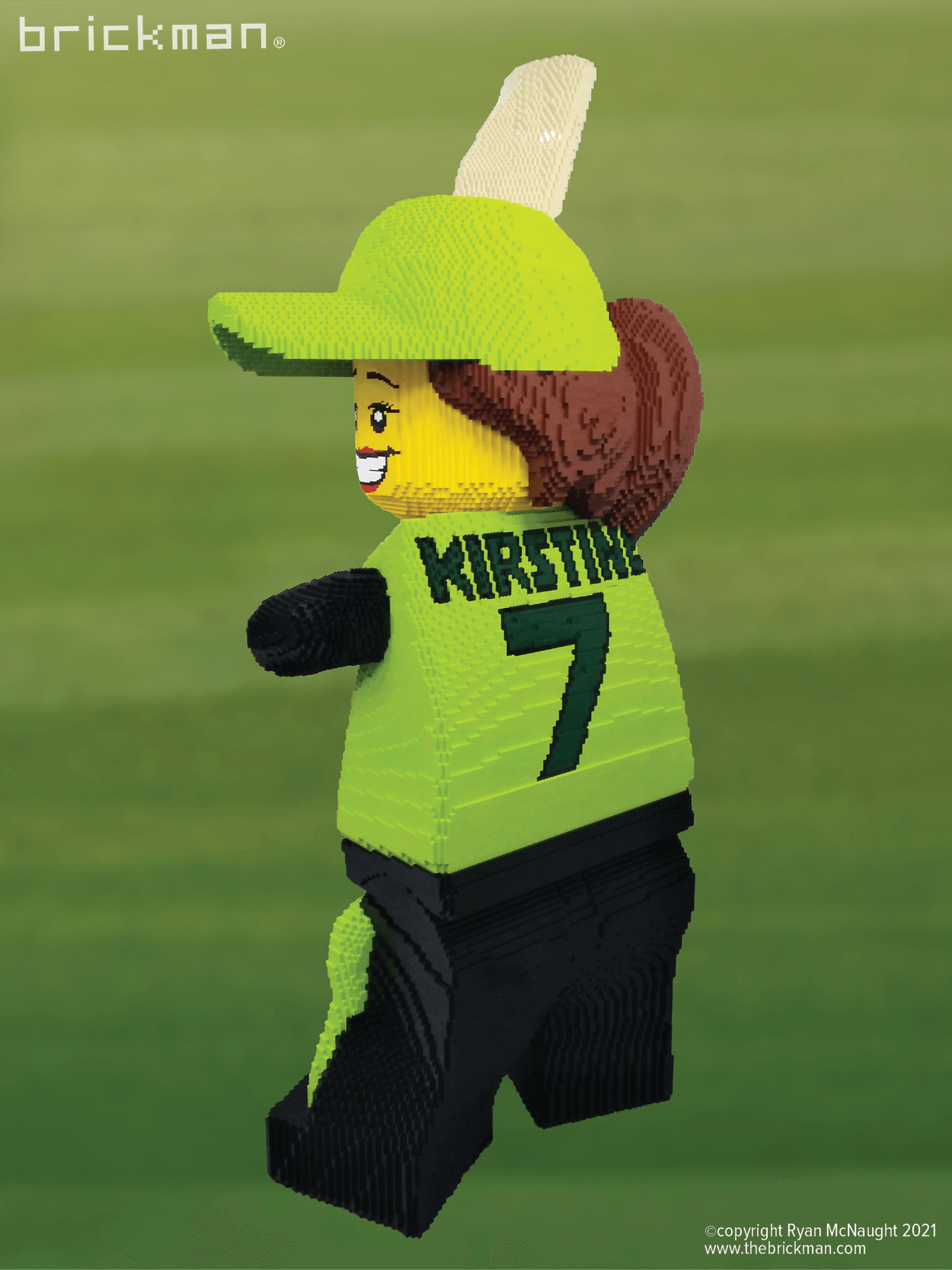 We had some fun with the branding “Clutch Power” on  the bat- in reference to the unit of measure LEGO uses to define how well LEGO pieces stay together. 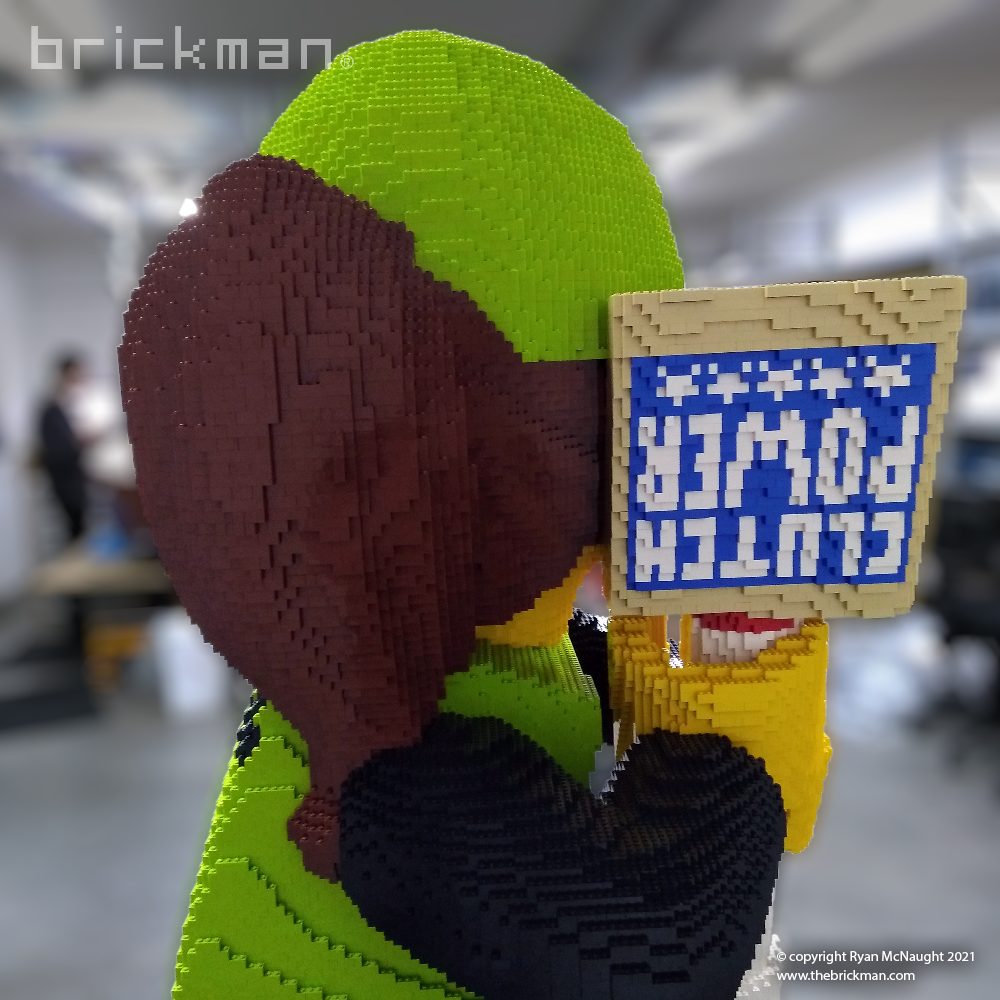 The mosaic is of Melbourne CBD and Yarra River, along with hot air balloons in the sky. 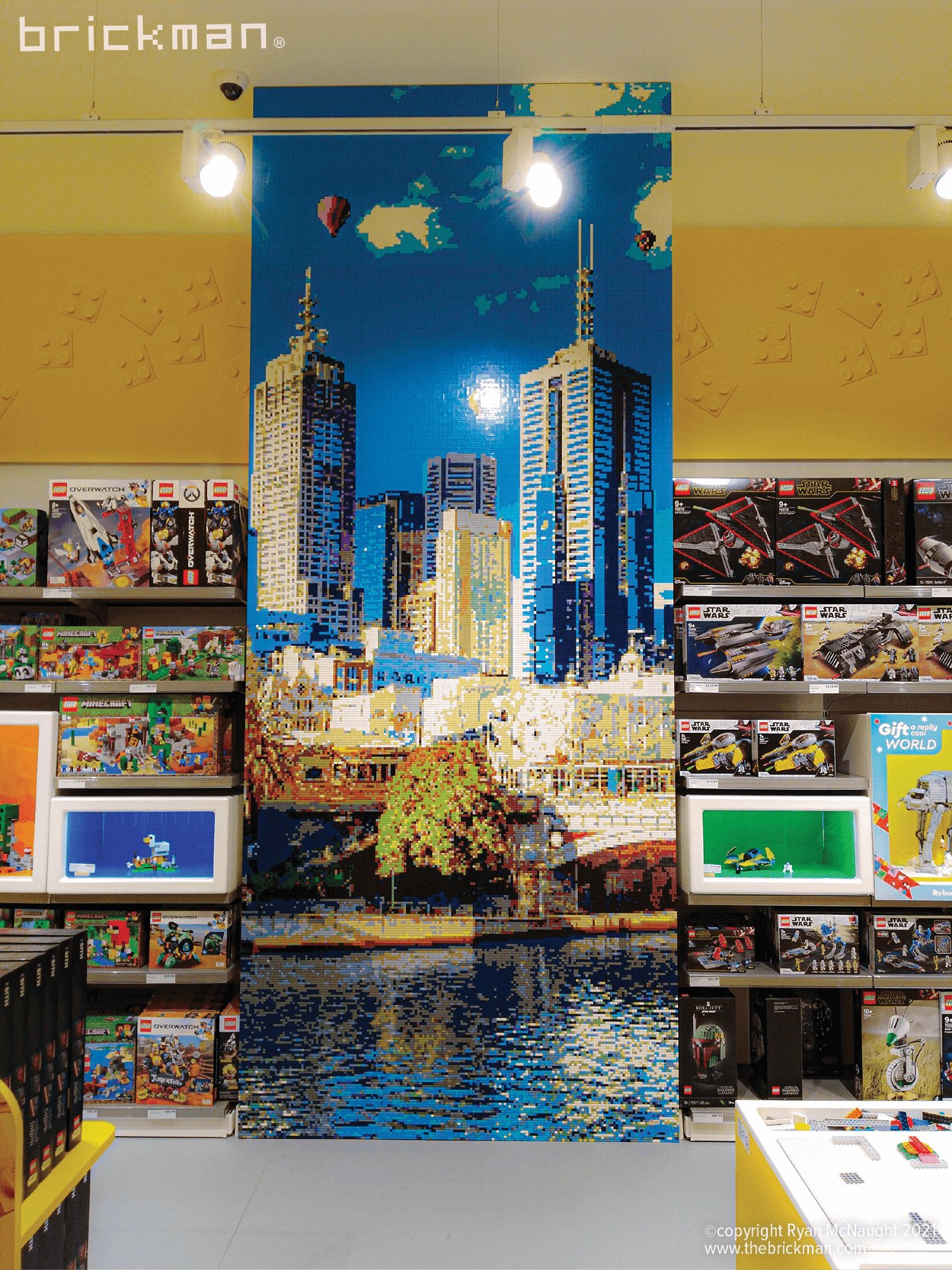 The cricket Minifig uses probably the most amount of lime LEGO bricks of any model we’ve ever made before! The tricky angles and twisted pose gave all the builders a good challenge, especially the cap’s brim! 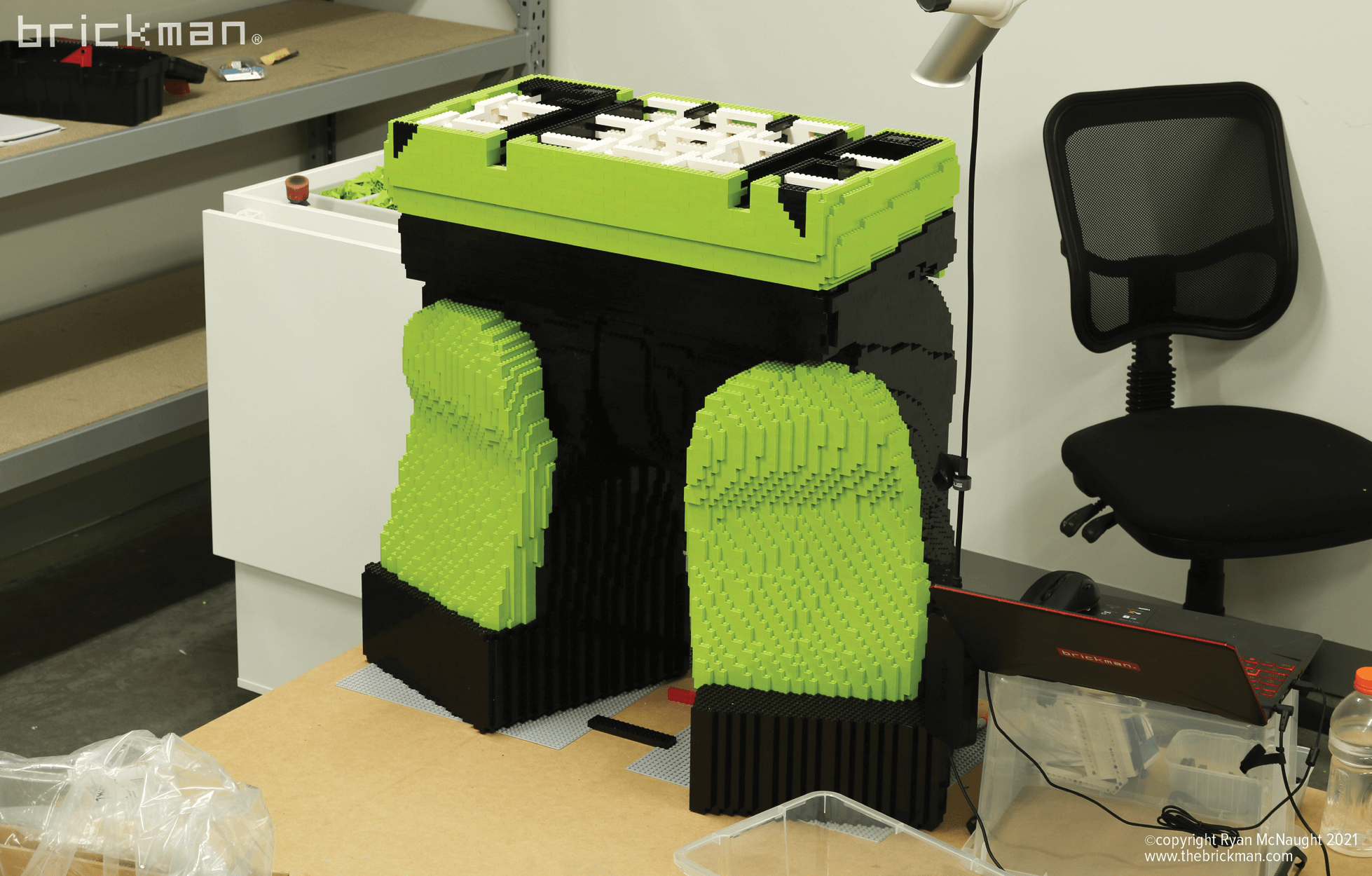 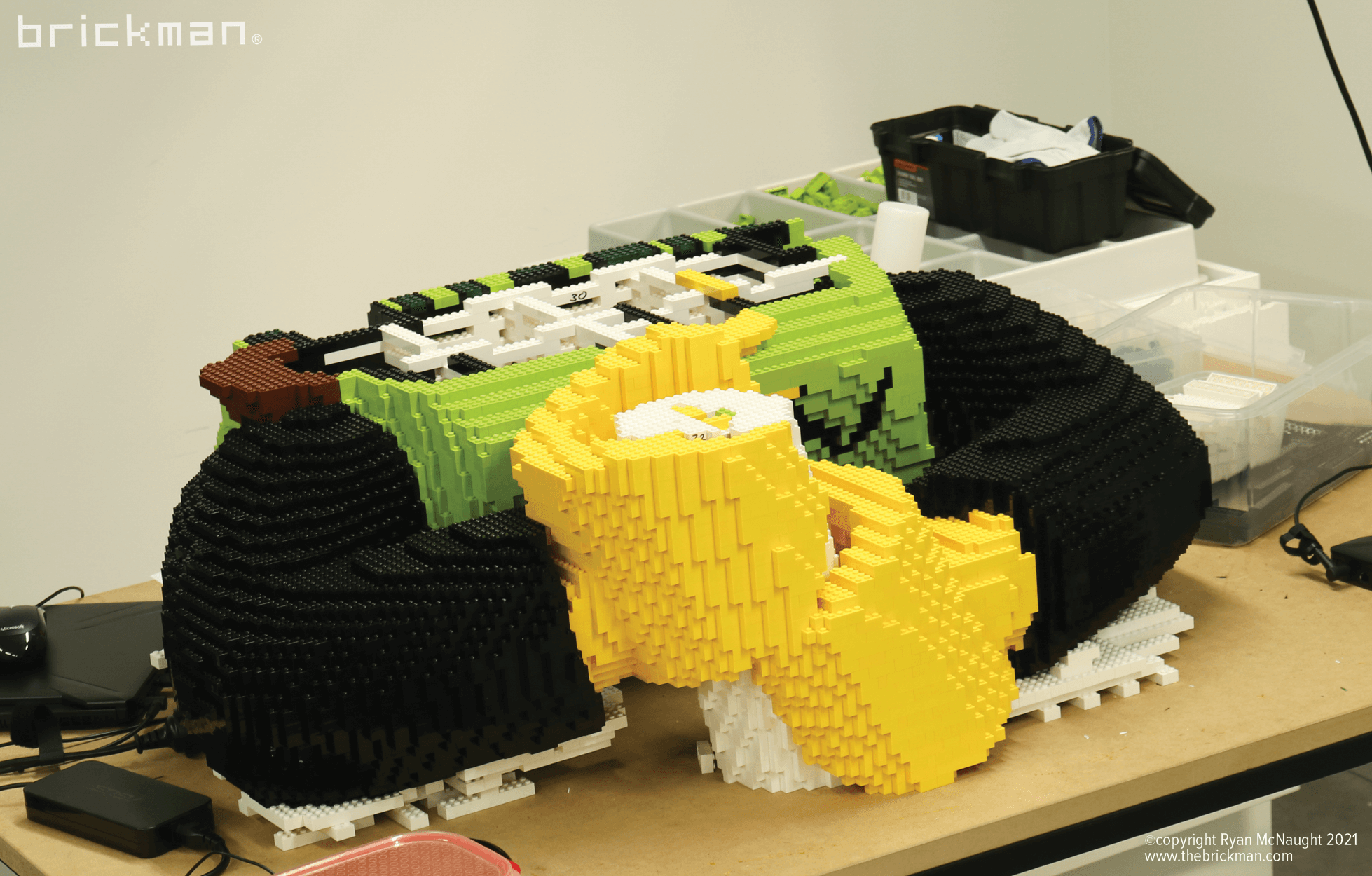 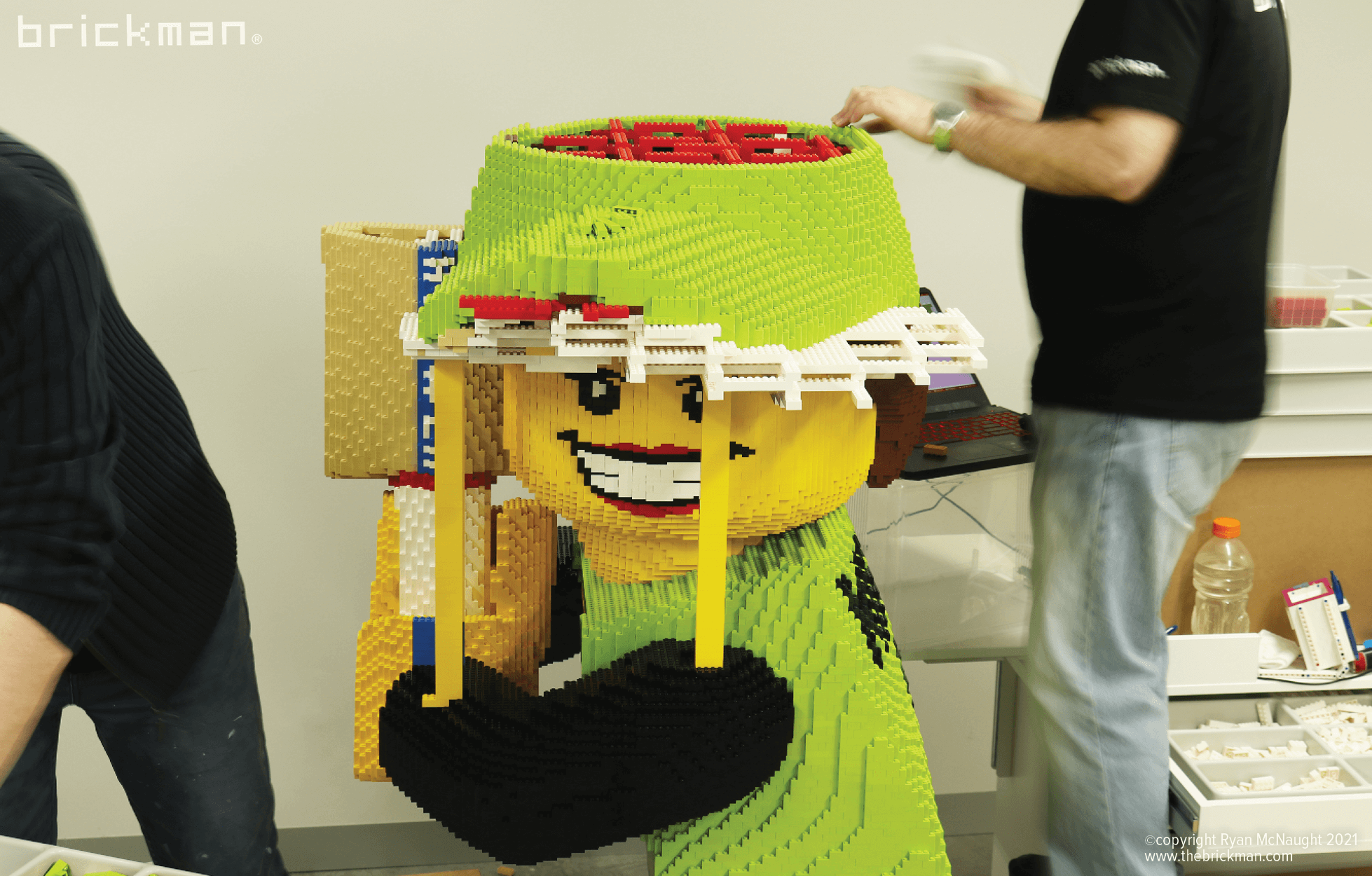 In the end the minifig took the Brickman build team 218 hours to design and build, using a whopping 66,591 LEGO bricks!

Watch it being built in the timelapse below: