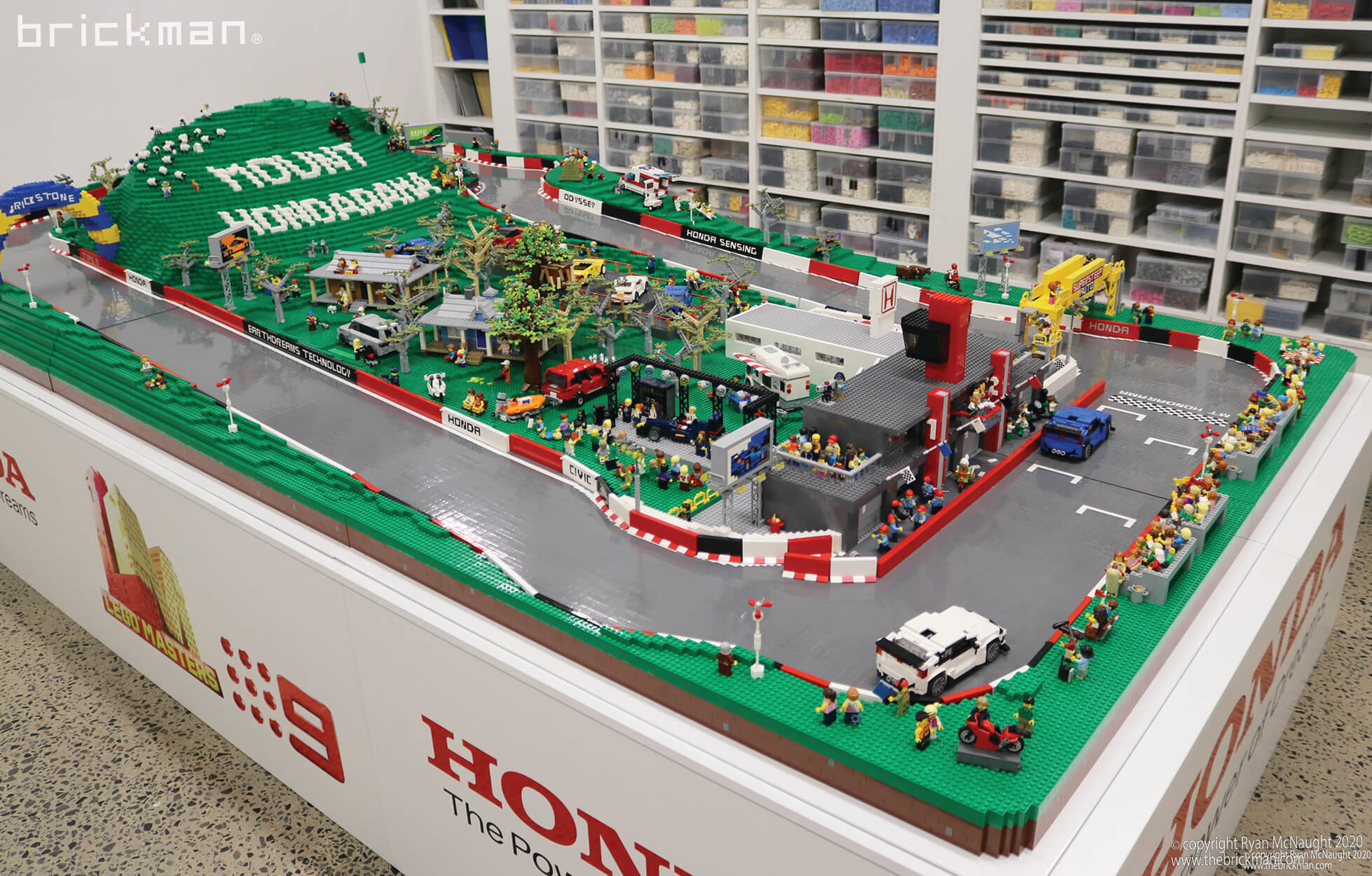 Based on Bathurst’s famous Mt Panorama, the model features real RC cars made from LEGO bricks. These cars we based on the new Honda Civic Type-R (the same car we built a life-size LEGO version of last year) and are built around a fairly rare LEGO RC motor block from 2013.
We also recently uploaded the instructions for you to make one of these of your own, with or without the RC motor. 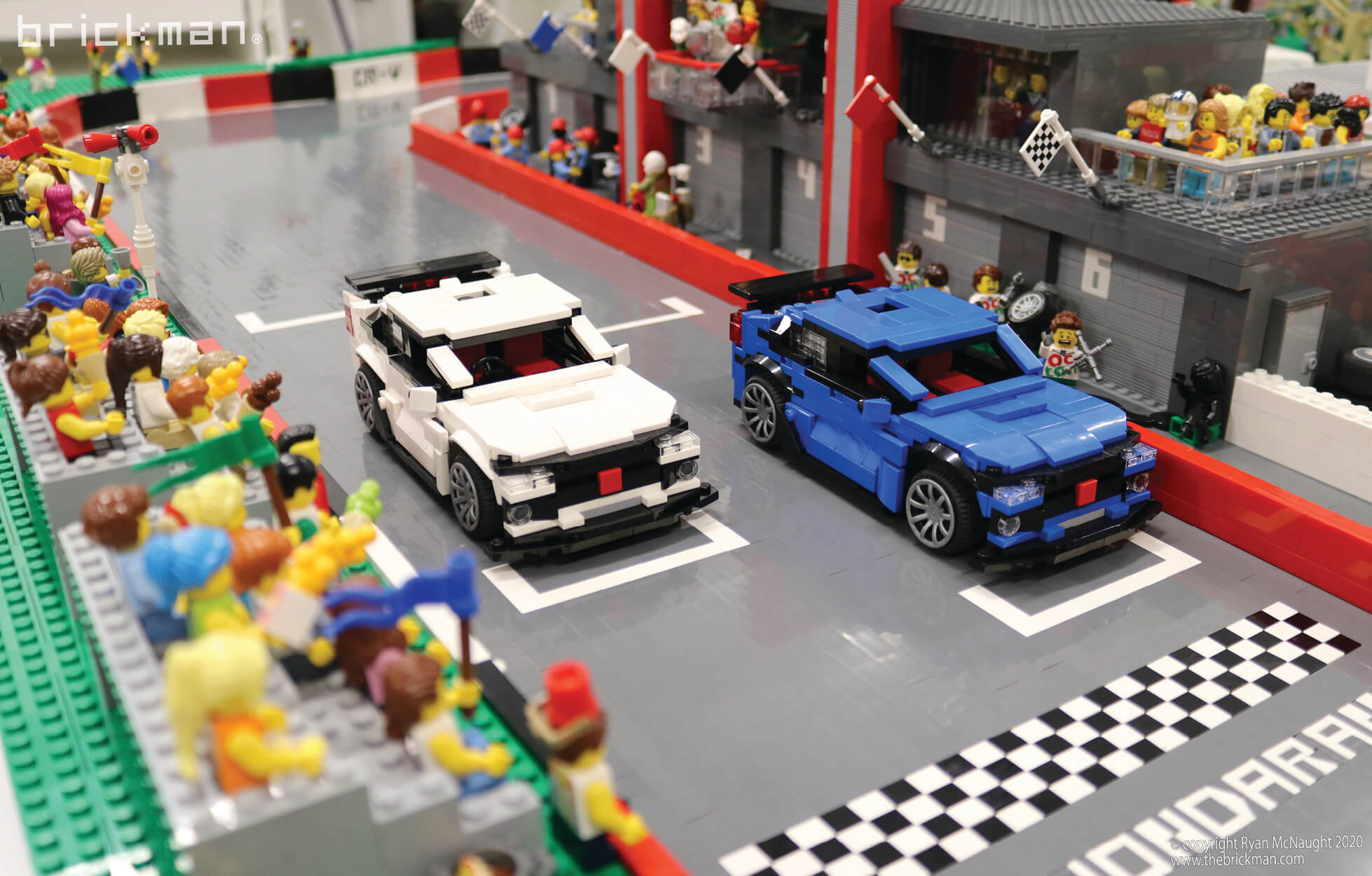 The model was built in 6 separate sections, both for ease of transport as well as socially distancing our builders apart. The landscape was built up using our typical latticework of both DUPLO and LEGO bricks before we add the final layers of regular LEGO brick and plate. We also added the letters of “Mount Hondarama” into the landscape of the hill itself.

To keep the road smooth for the RC cars to roll around on we ended up producing an entire SNOT road, which was then inset into the landscape. Doing it sideways also allowed us to take advantage of the tiny gaps between bricks to slowly flex the brick road up and down the slope of the terrain and around the corners. 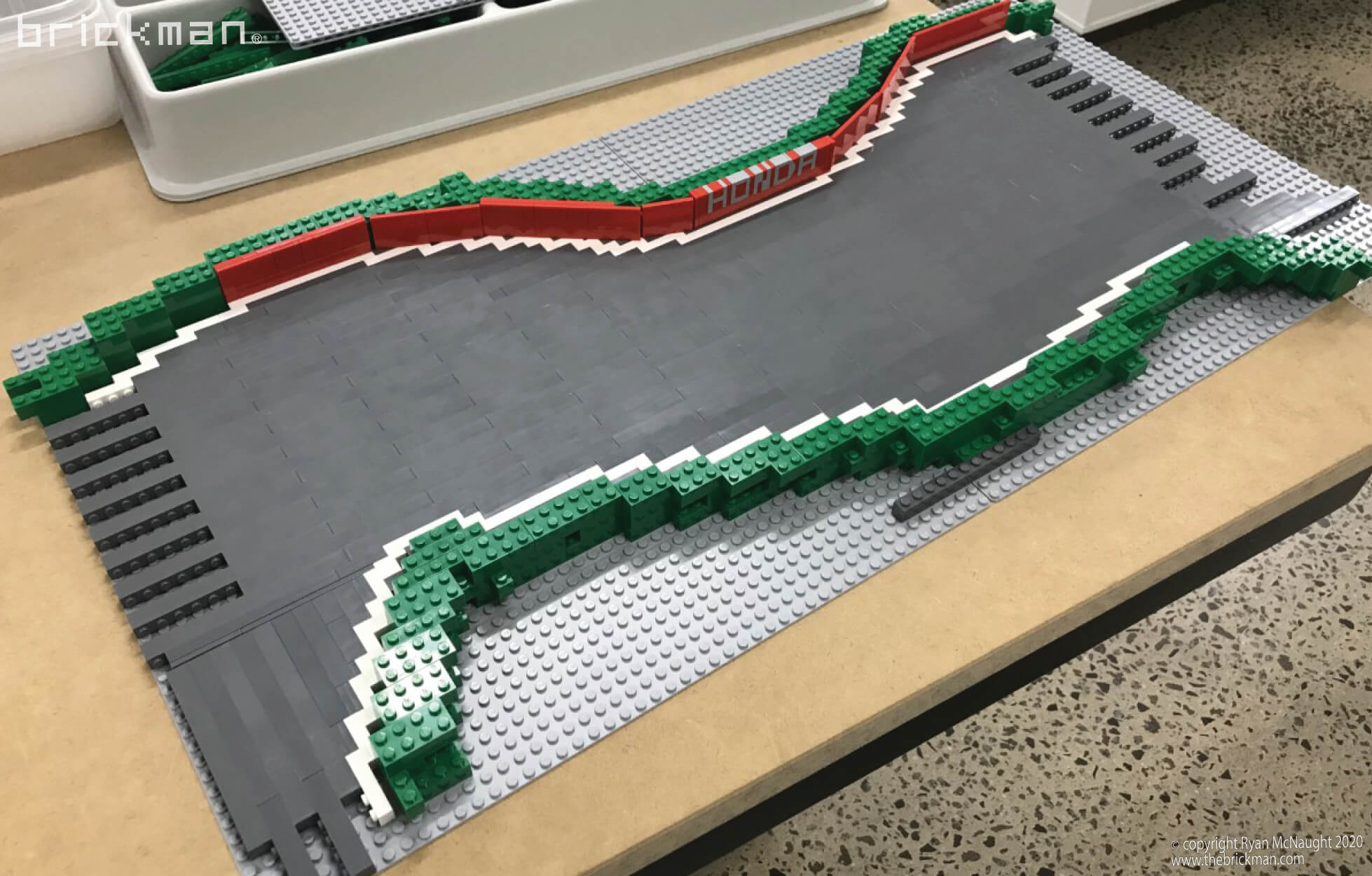 Once the core road and landscape were done the real fun of detailing the model could begin! Not only did the racetrack need plenty of spectators, but we also made heaps of other cars, including historic Honda models like the 1st generation Civics. 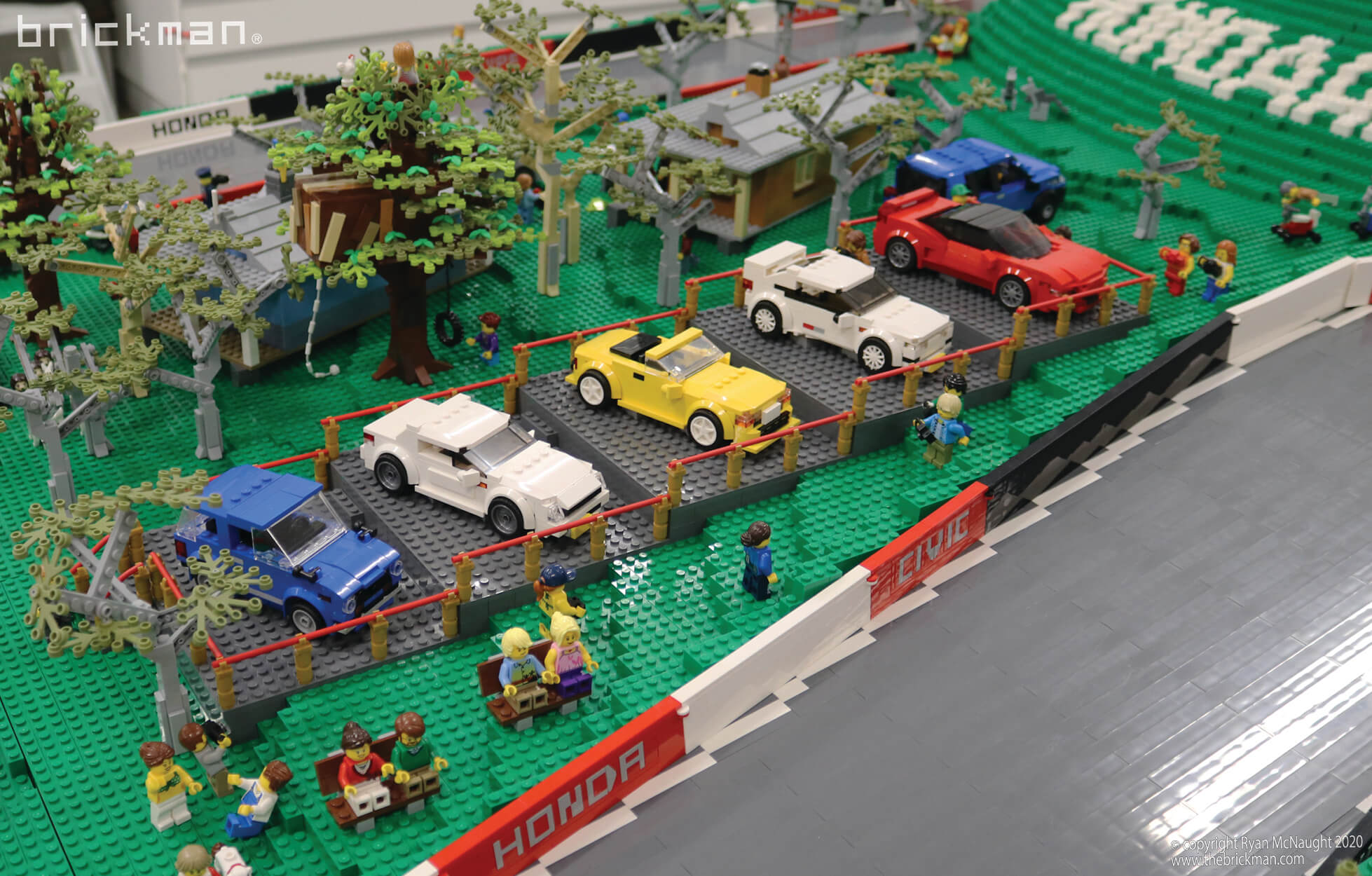 We also brick-built a tonne of other little Honda products like motorcycles, lawnmowers and whipper-snippers. 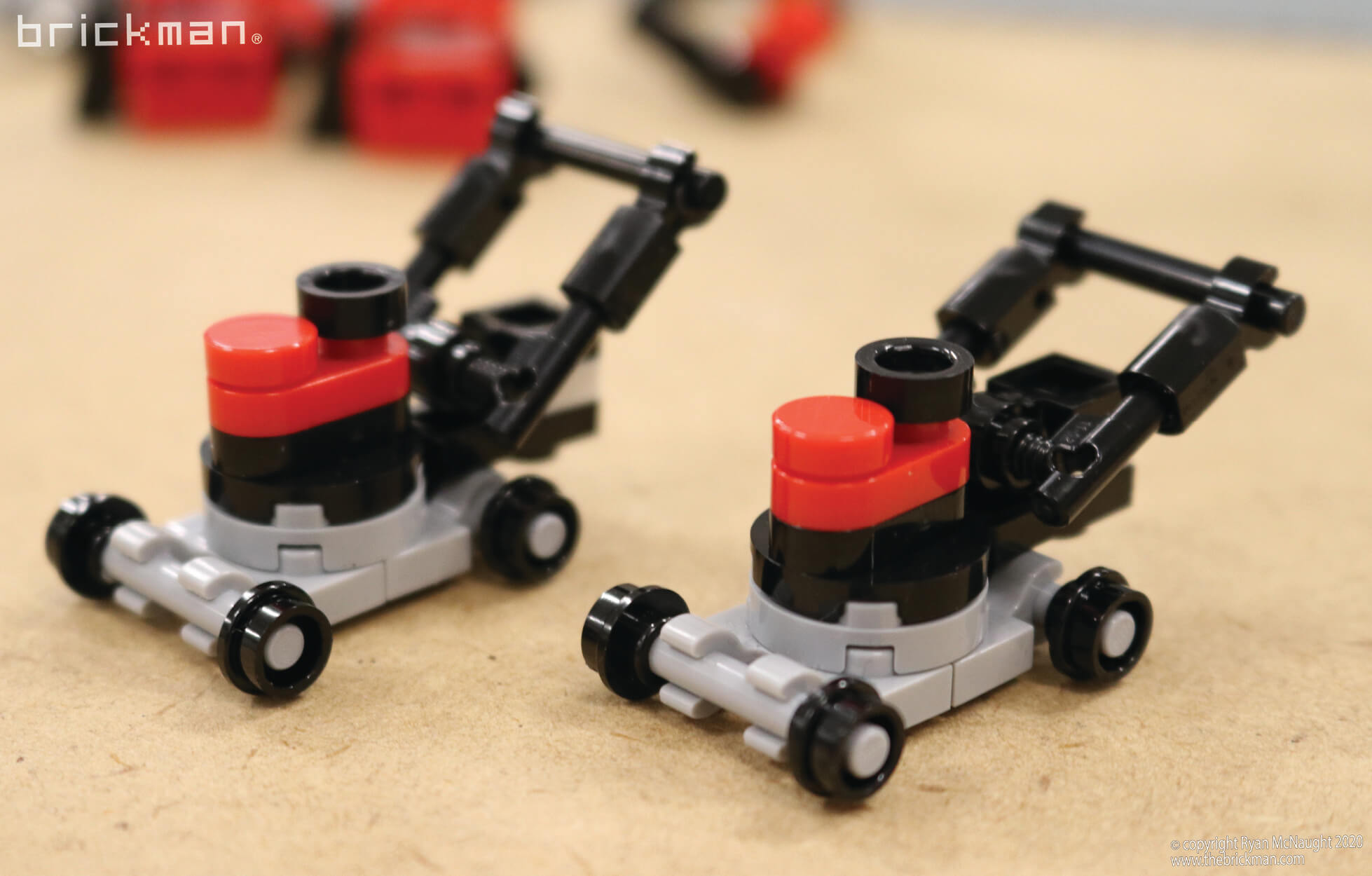 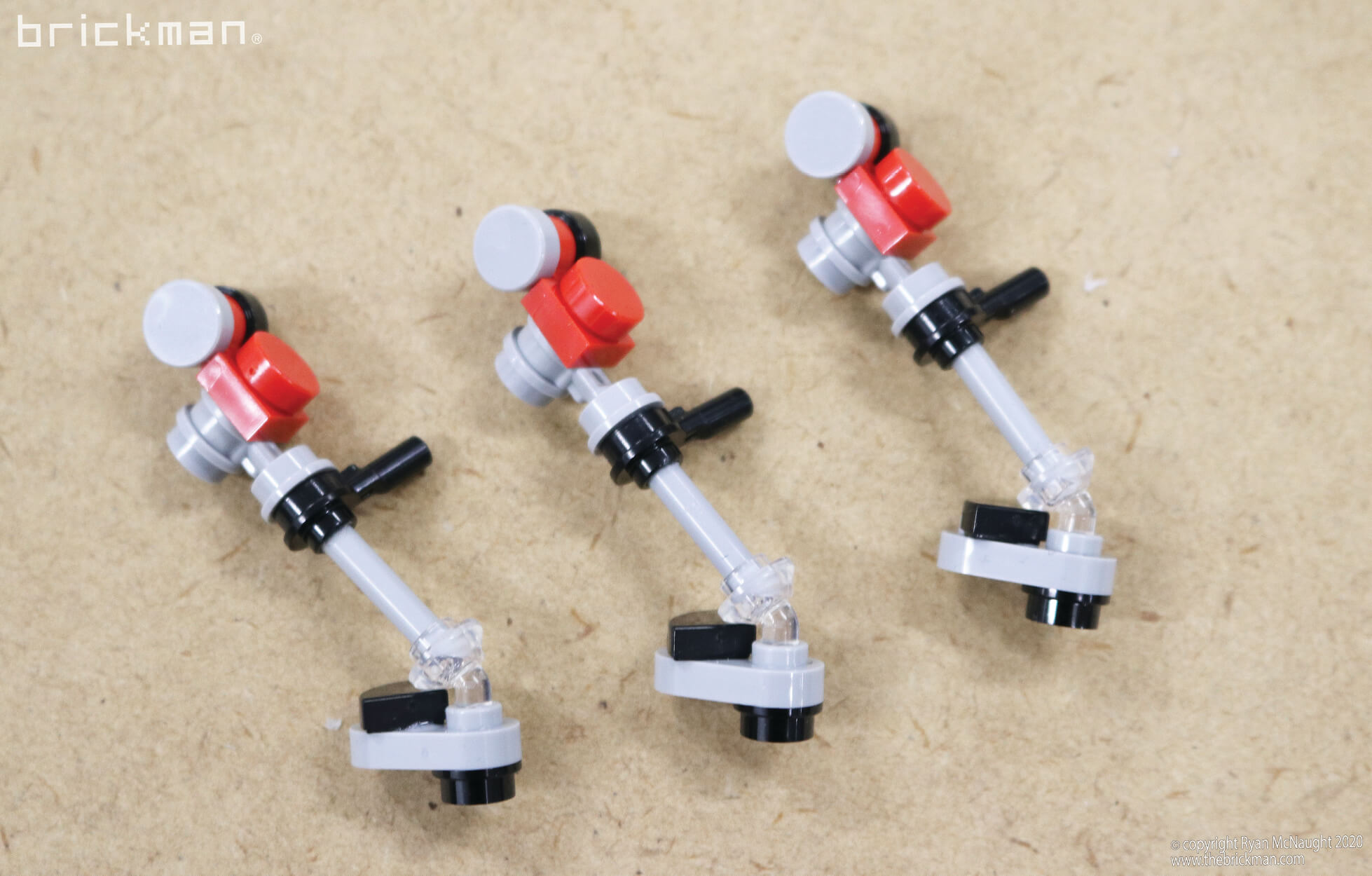 And being a Brickman model we had to include some little gags like this sheep wearing a helmet and these larrikans riding motorised Eskies! 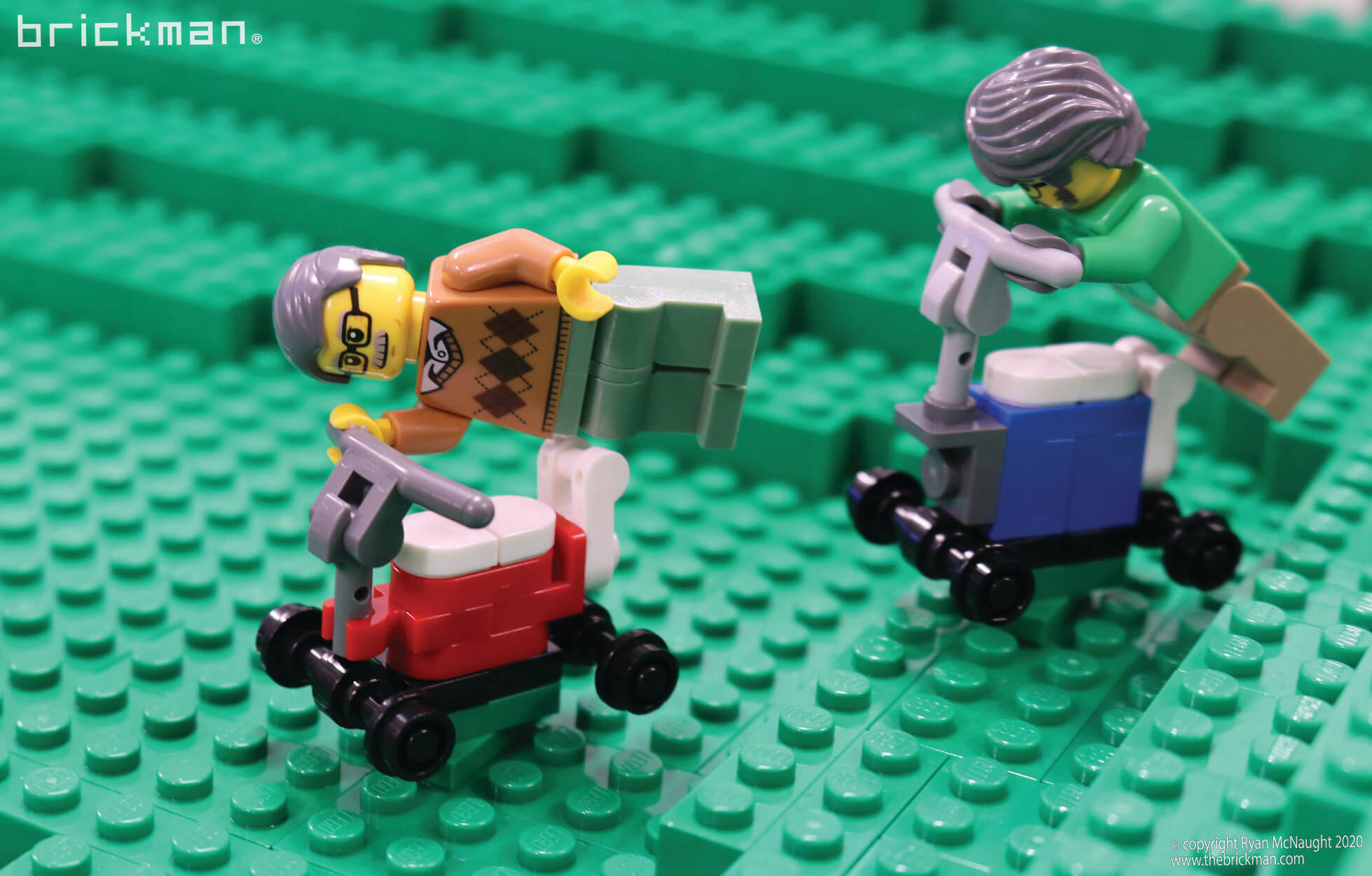 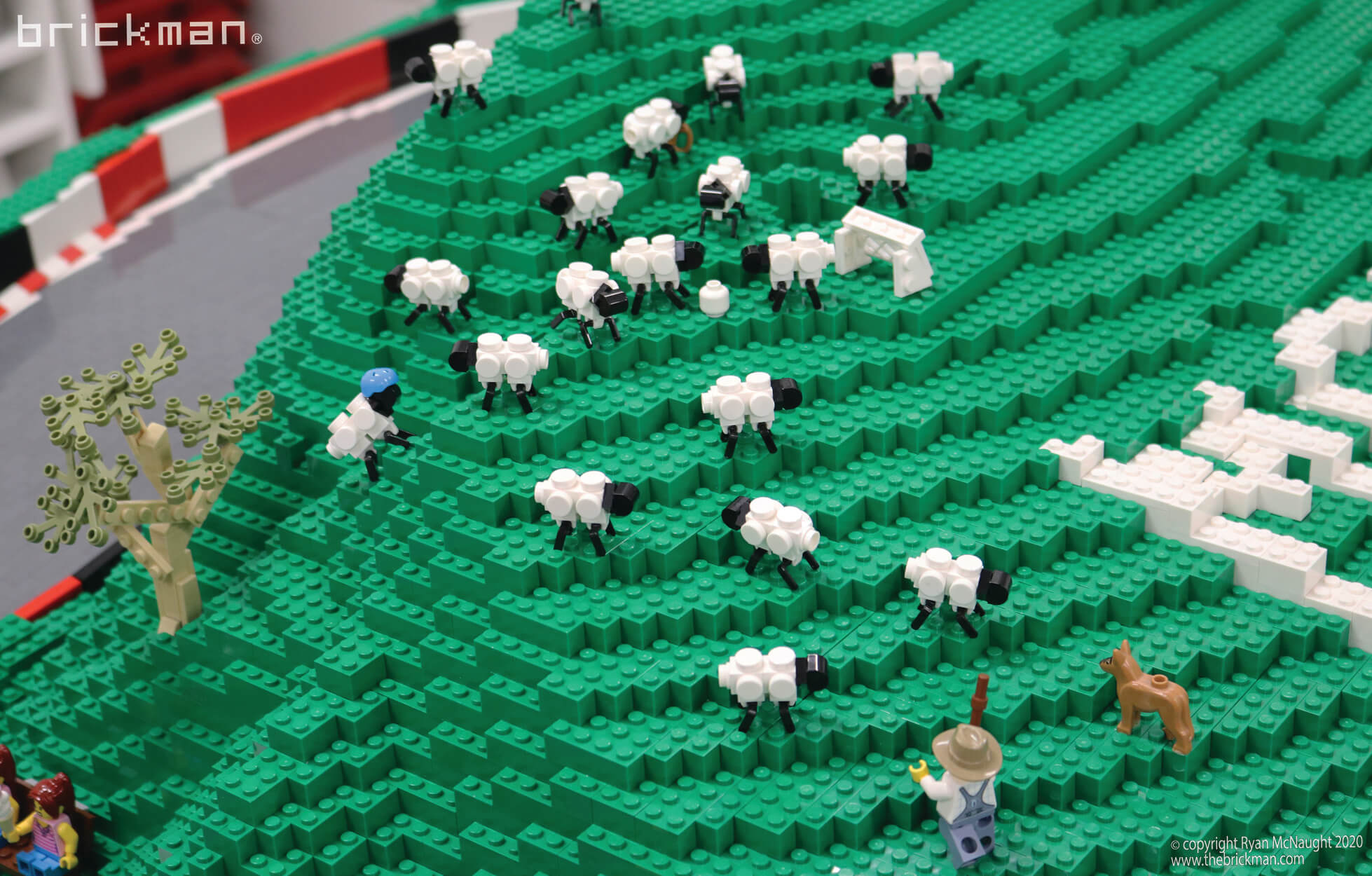 Altogether the model took us 650 hours to build using 150,637 LEGO pieces, including over 350 minifigs!
The lead designer and builder on this project was Luke, with a lot of the details and landscape built up by Darren, Eamon, Ry, KC, Lauren, Stephan, Tullett, Greg and Clay.

Watch us build the huge model in just under a minute in our timelapse!

You can also see some of our work behind the scenes, as well as the RC cars in action, in these videos from Honda: