2018 marks the 30th Anniversary of Canberra’s iconic Parliament House and as part of the celebrations they commissioned us to build an enormous LEGO® brick version of Australia’s Parliament House. You can can visit Parliament House this Saturday 6th October to be one of the first to see it!
Parliament House is a vast structure built inside a hill, so we began by determining a size for the model, which ended up to be 3.6 metres by 2.4 metres! 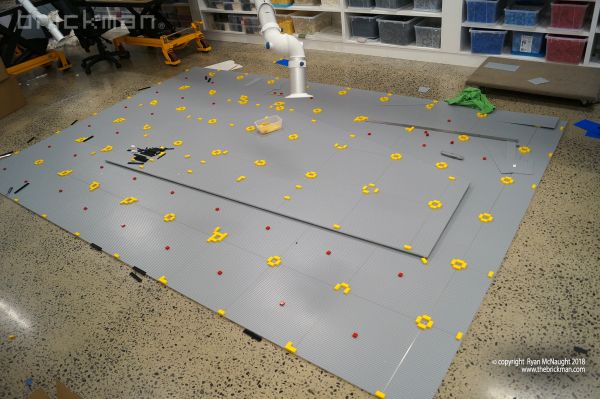 Being a Brickman model we had to give it our usual cutaway treatment which meant that our first decision was deciding where to cut the building. We decided that we should cut it at the back wall of the Houses, which would allow us to show the entire House of Representatives and Senate chambers, as well as the iconic floating flagpole at the centre of the building and the Members’ Hall beneath it. 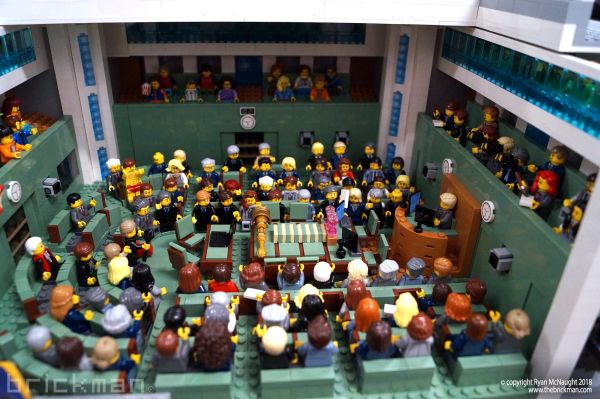 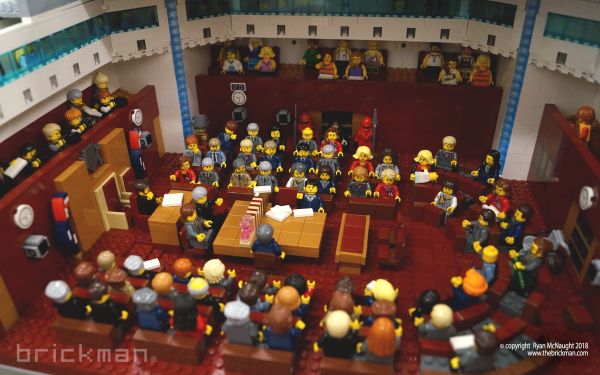 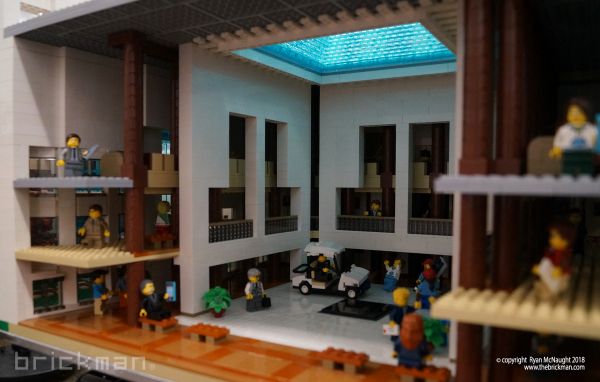 We were given license to shift interiors around to feature different things, so we moved the Prime Ministers Office from behind the Members Hall over to the House of Representatives Offices building so we could build it. 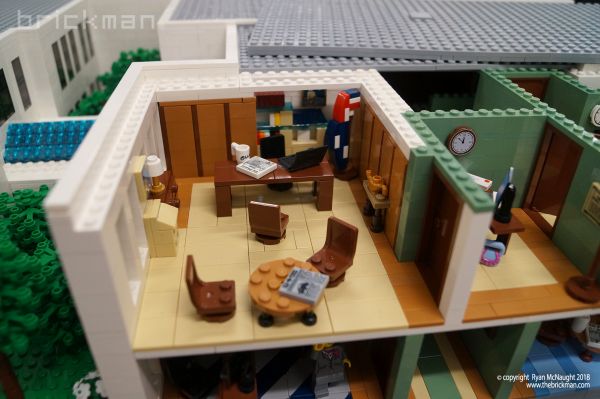 We included as many features of the real building as possible, from the ornate Senate and House of Representatives Entrances and Chamber Roofs,  solar panels, beehives, the huge glass pyramid beneath the floating flag pole and the huge aboriginal art mosaic in the Grand Forecourt. 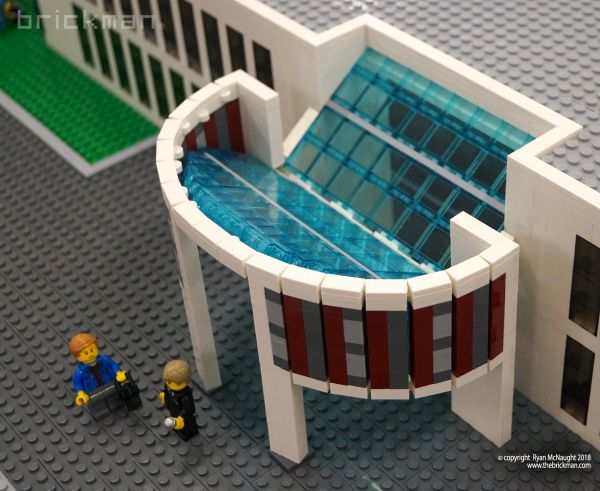 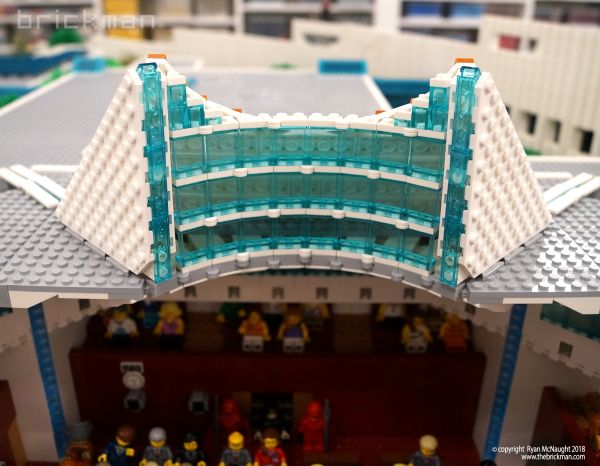 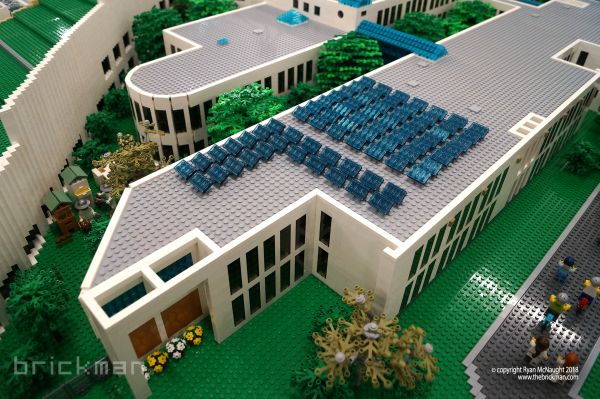 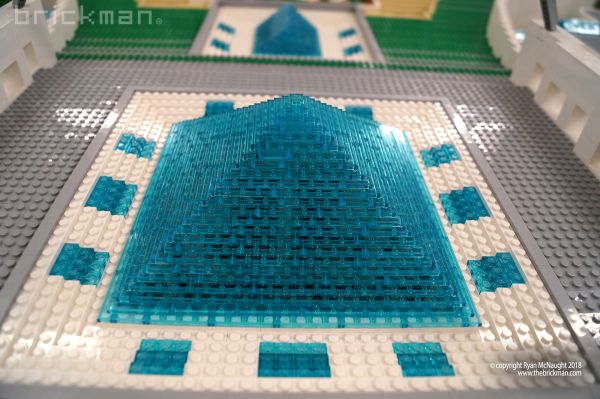 We added lots of minifigs in addition to politicians within the chambers, from tourists having lunch in the Queens Terrace Cafe, to Press mobs ambushing cars, the annual hill roll event and historical figures too. Plus we couldn’t resist adding at least one Star Wars reference! 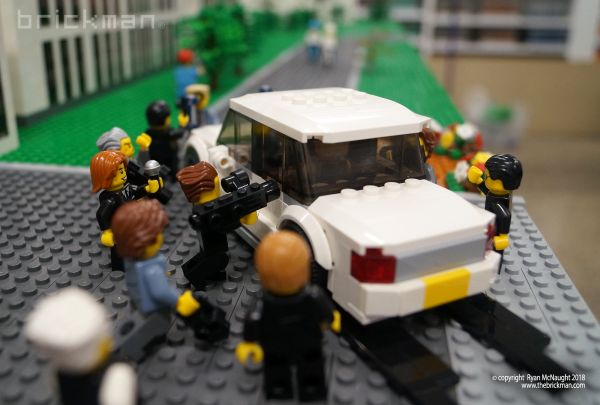 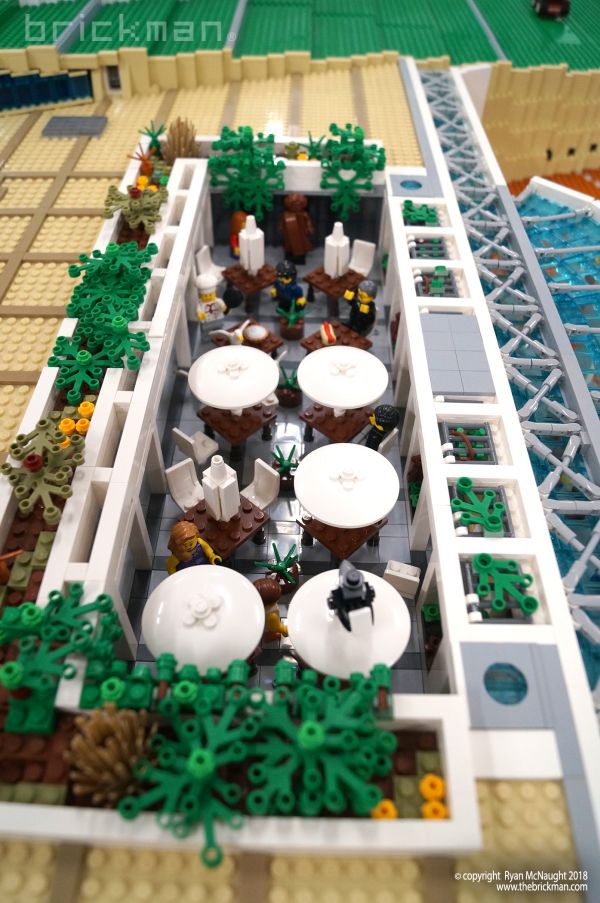 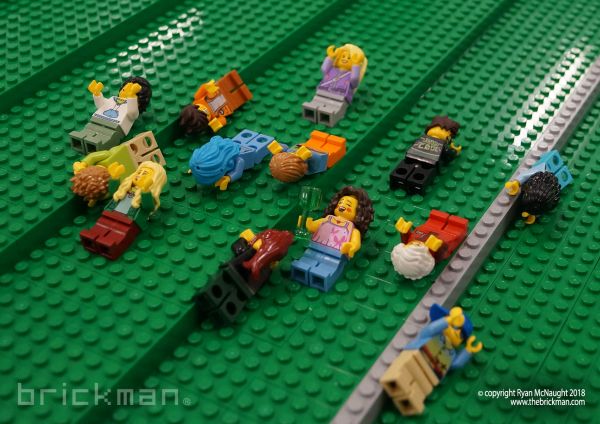 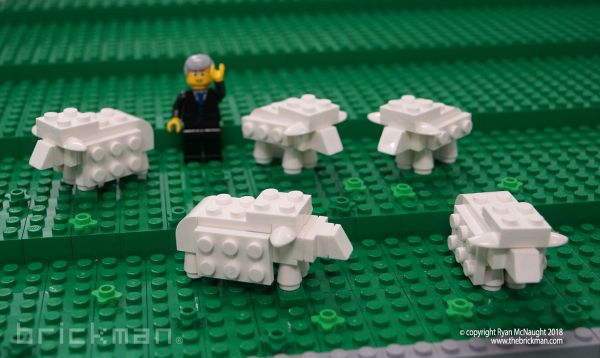 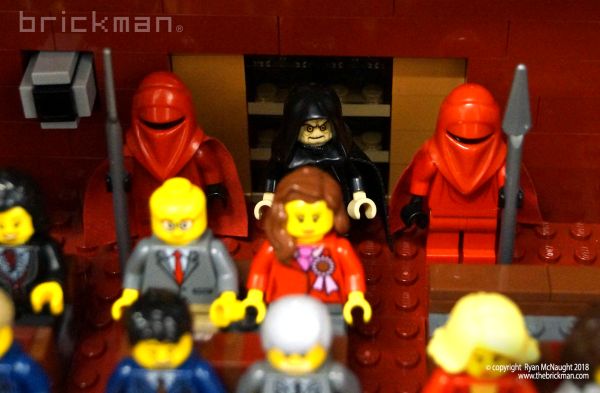