LEGO have just released their friends line for 2012!

I have to say I am impressed, whilst I do not normally make comment on the introduction of another product line,
this one is significant in my opinion.

Firstly The cool thing I really like about this is the fantastic new colours is that are available, the pinks and reds,
they have so much extra possibility for creativity. I’m actually really looking forward it. There are many new pastel
colours which will make the making of mosaics in particular a whole lot of fun.

Then of course is the new parts, again we have literally struck gold here, with fantastic new pieces in both new
and old colours. Lastly there is the minifigs, or Mini dolls as I heard them described, their hair and hand sockets all
are standard LEGO and make for great play interchange.

Overall LEGO has gone from strength to strength with their girls line, from Scala, to Belville, and now the friends line.

Speaking to hundreds of parents over the last week I think it is fair to say that there is a lot of excitement about its
release, with no negative feedback.

I have heard a few rumblings on the net about it, but personally I just don’t get it, I don’t see it.

Stay tuned for a creation or two from me using these amazing new parts and colours! 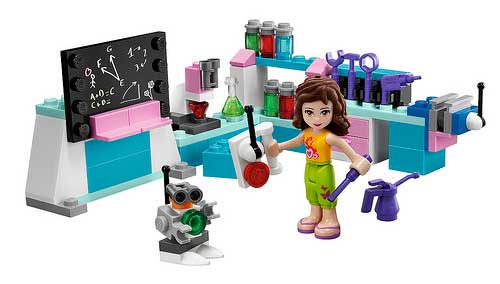