It’s the moment that Australian AFOLs have been waiting a lifetime for-the opening of Australia’s first LEGO store at Dreamworld on the Gold Coast!

But we’ve also been waiting for it because it means we can finally reveal the massive models we built for it! We built 4 models in collaboration with LEGO USA for the store, including a HUGE Hulk maxifig over 2m tall and a lifesize tiger! We also built a koala in a tree and a surfer minifig with a surfboard. 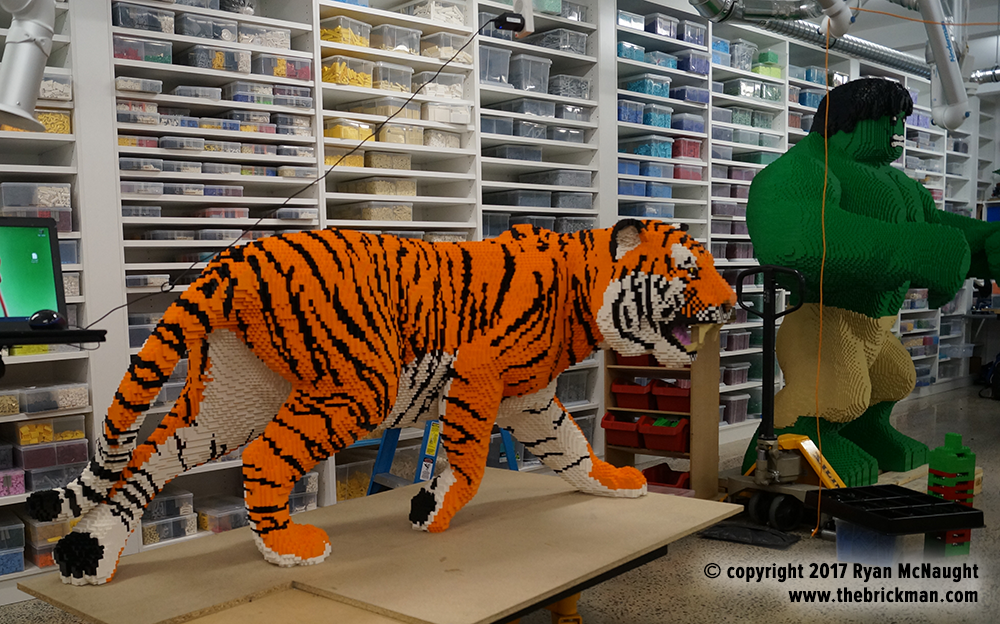 Here you can see the honeycomb of support bricks Claire, Luke and Clay built within the Tiger’s body as well as the towers of DUPLO bricks we used to hold the model up: 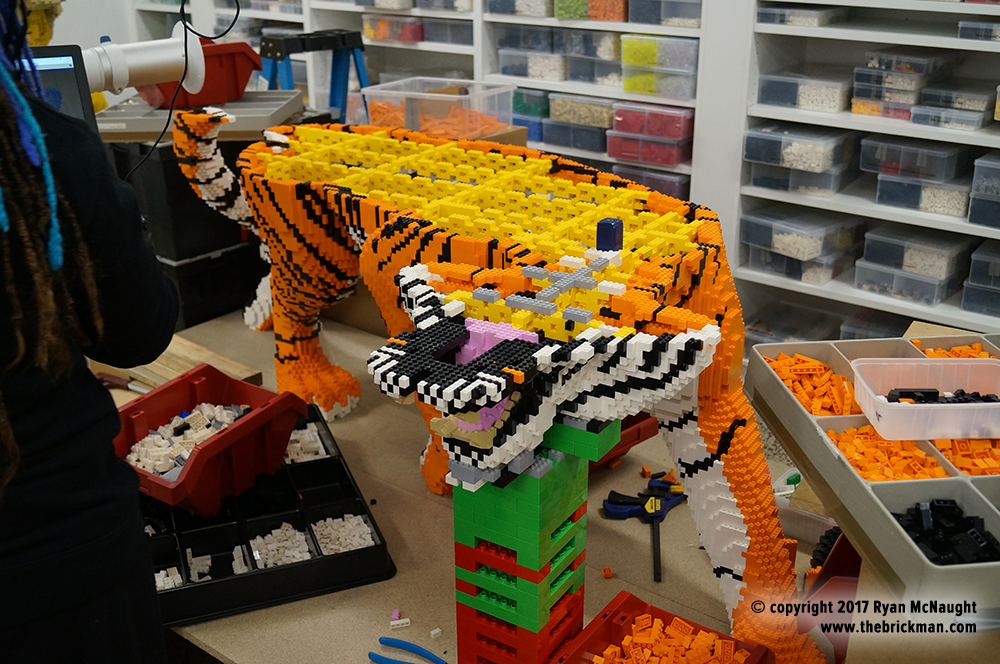 The Hulk was a really tricky build and required steel inside to keep it safely stable and make sure it survived the thousands of kids sure to try and climb it whilst at the Dreamworld store! Almost the entire team was working on Hulk at one point and we had to push workbenches together to support his arms. 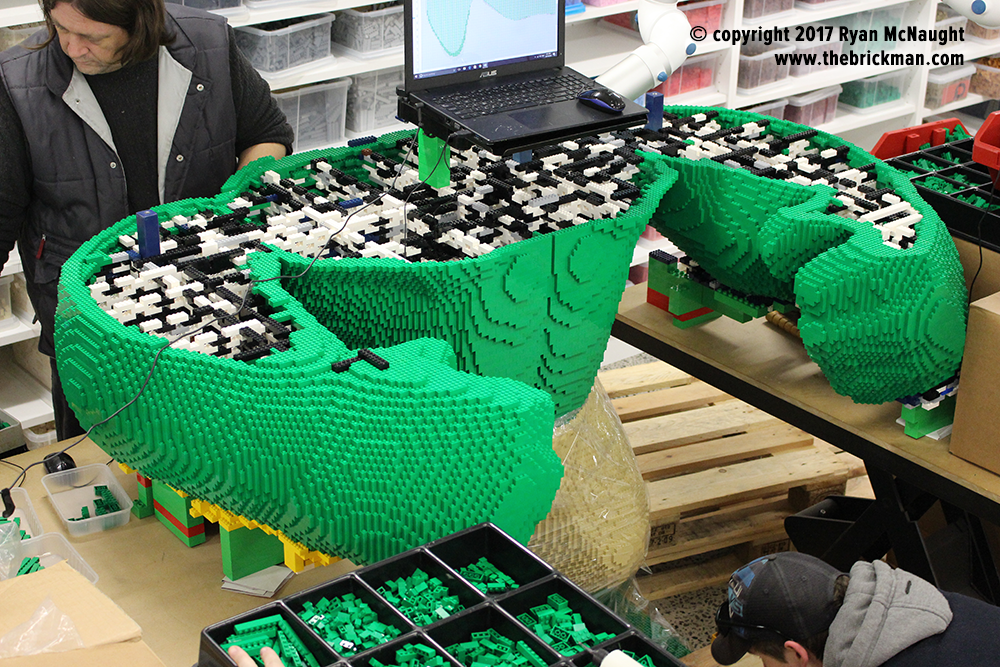 Luke Cini pretty much built the koala all by himself and was justifiably proud! 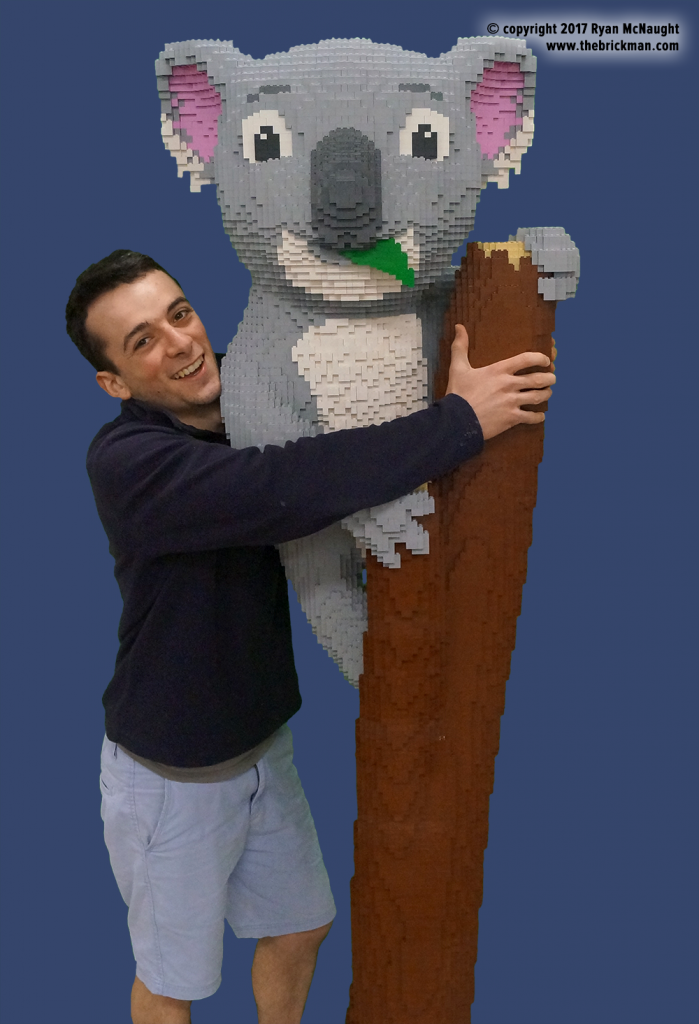 Like the Hulk, the surfer dude and his surfboard needed steel to make sure they stayed upright in transport. He was built entirely by Luke and Troy Walker. 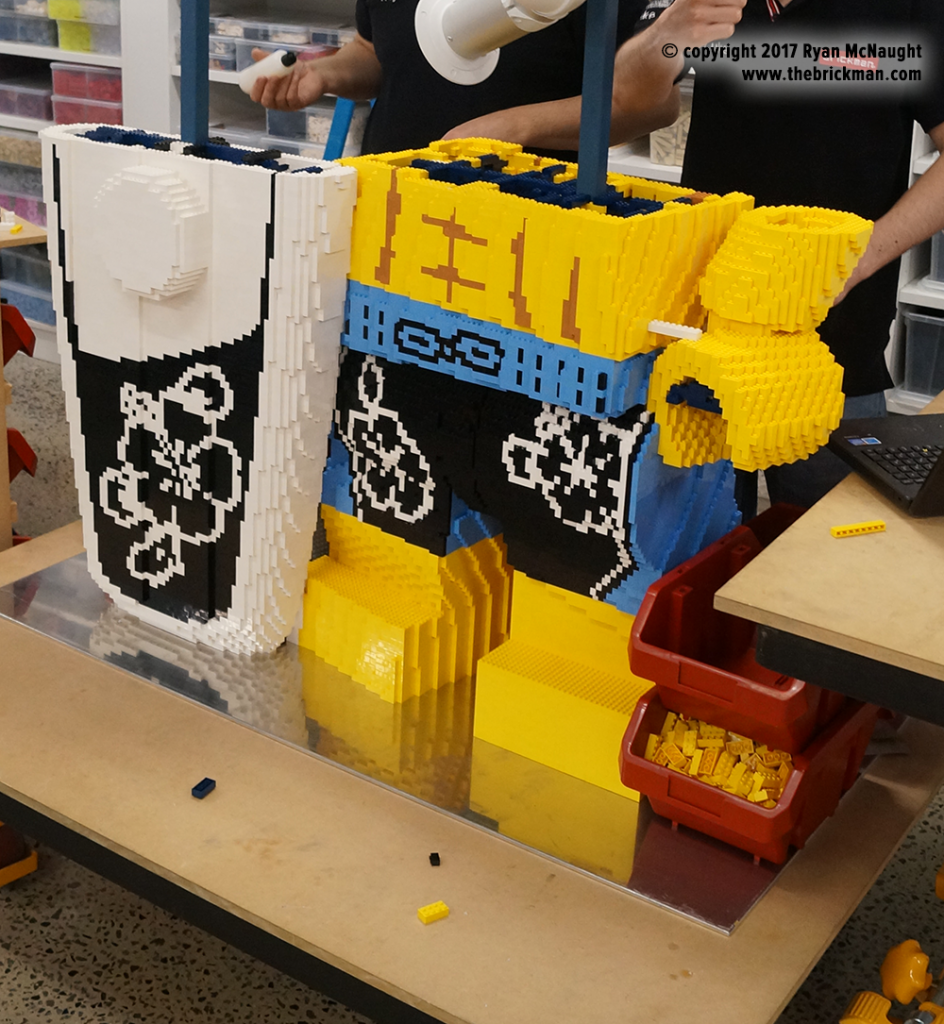 If you head into the LEGO store make sure you check them out!