Last week the newest LEGO Certified store in Australia opened up in Newcastle NSW! Which means the models we built for them way back in February and March can finally be seen!

As with all our LEGO Store builds we had the opportunity to build both a 3D minifig sculpture as well as a LEGO brick mosaic of a local landmark. For Newcastle, being a coastal town and major port, we chose to depict a a LEGO minifig fishing- but he’s not having much luck! 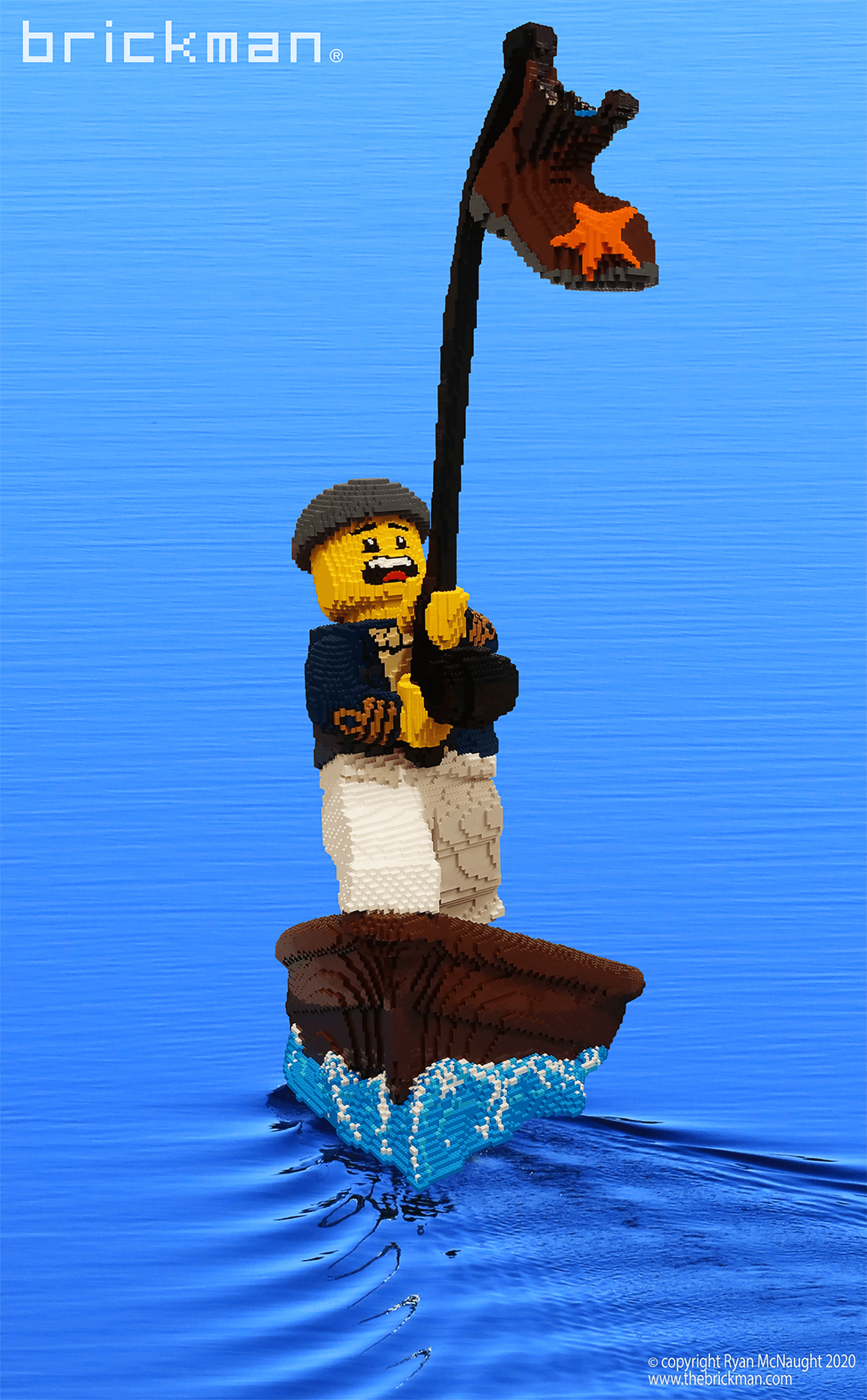 This build for Newcastle’s new LEGO Certified Store started when COVID-19 restrictions came into effect. Based on the pose and extra engineering for the structure the build time increased heavily and he took WAY more hours than normal- he ended up taking us more than 309 hours to build. 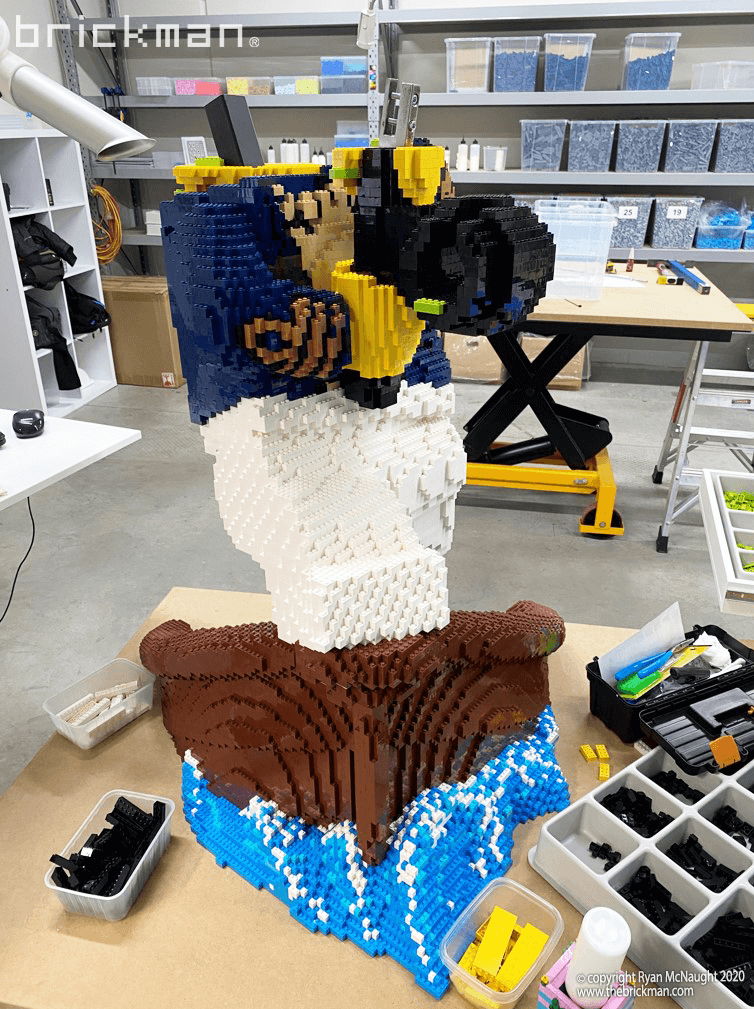 The plate details on his jumper not only looked great, but it was a characterisation thing as well – it tells you he’s someone who loves the water and not just an amateur fisherman.In the end the model used 35,045 bricks to create!

Here he is with our LEGO builder Tullett for scale: 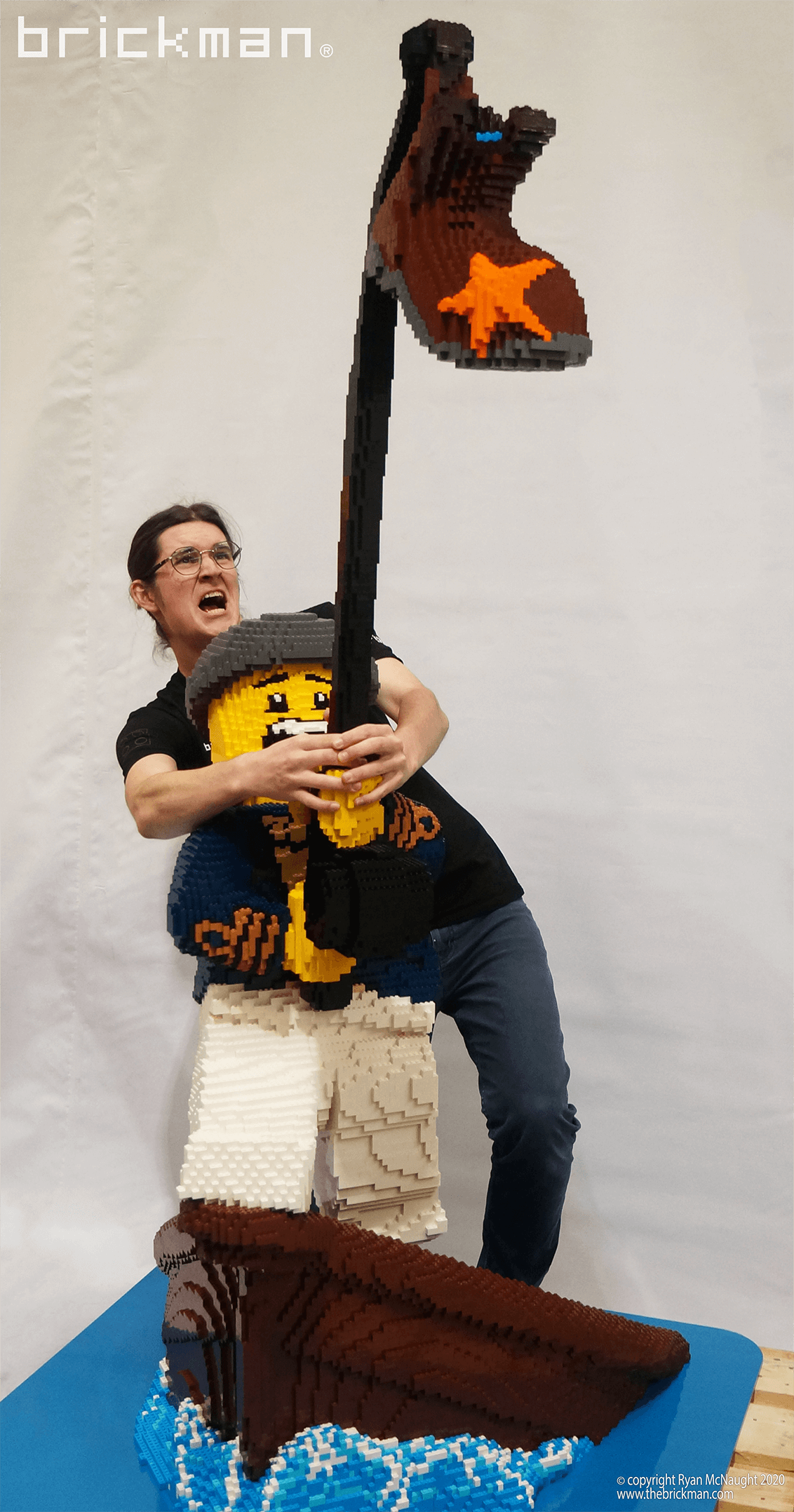 When it came to deciding on a mosaic for the Newcastle LEGO store, Nobby’s Lighthouse was an easy choice!

Nobby’s Lighthouse is a local landmark which sits on the southside of the busy Newcastle harbour It has been active since 1858 and located very close to Charlestown Square where the store is. The mosaic took us over 177 hours to build and design using 17,963 LEGO bricks. 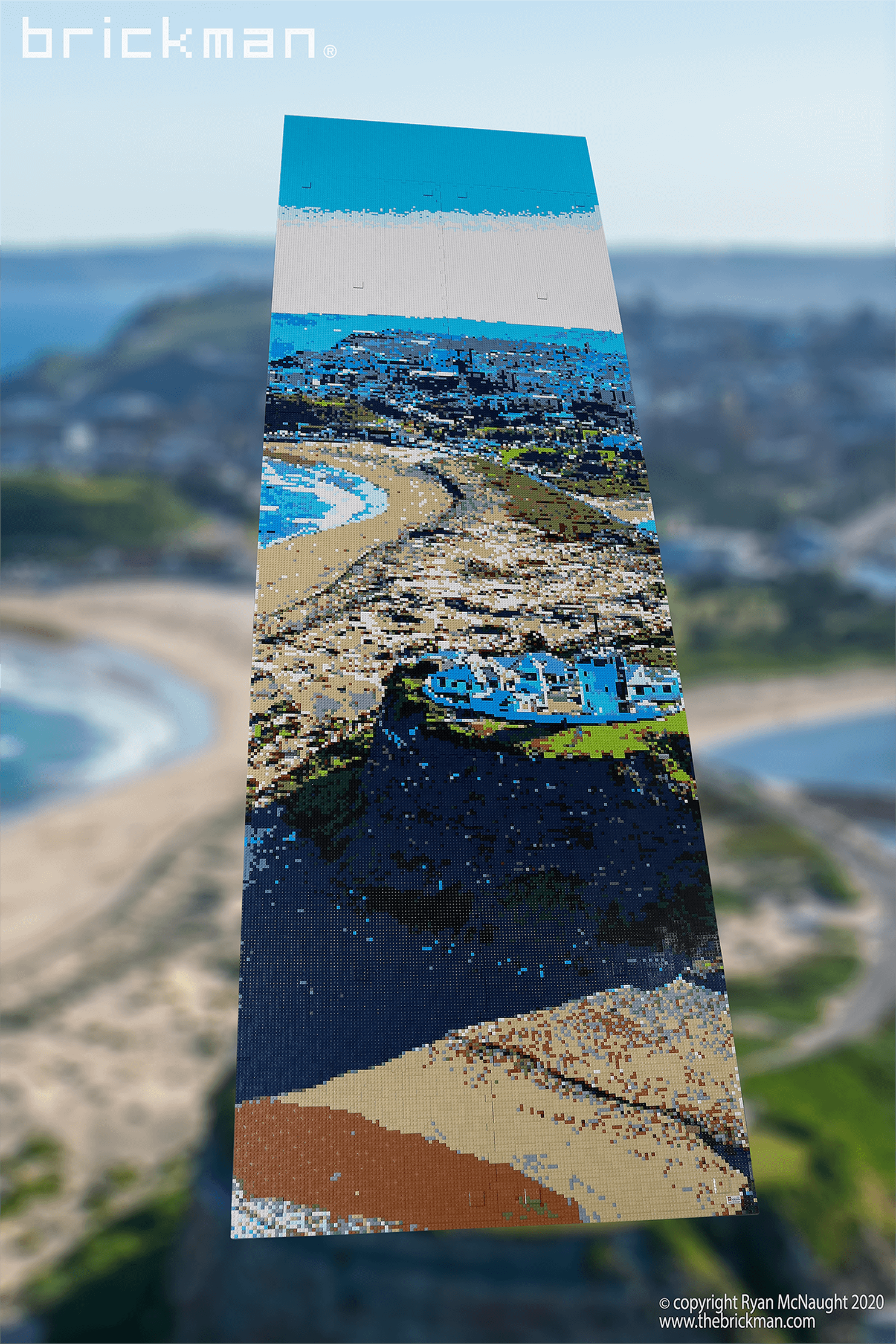 Watch us build Frank the Fisherman in our timelapse: