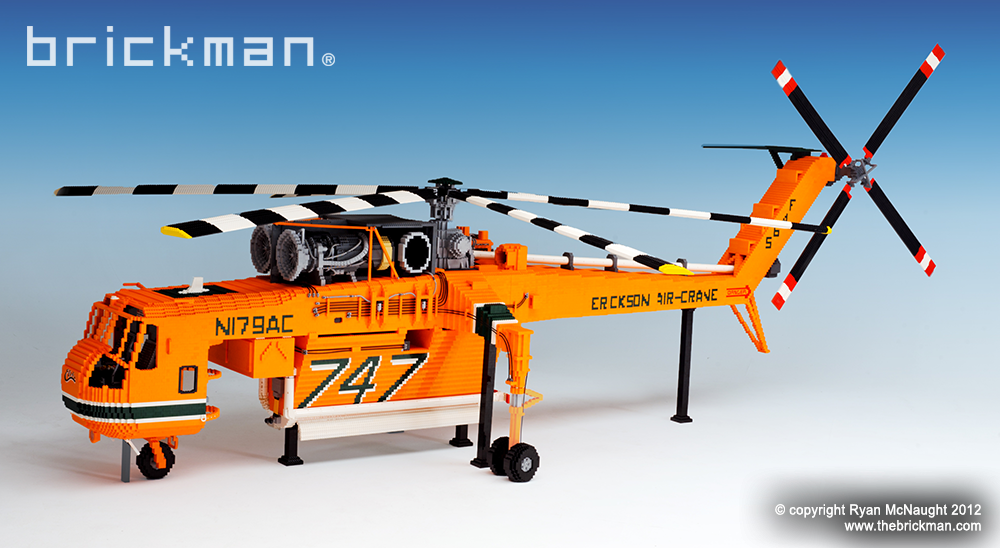 This week’s Throwback Thursday is probably our most infamous model- The giant firefighting Erickson Skycrane named “Elvis”! Elvis is actually a Canadian skycrane that the Australian firefighting service borrows each summer to help contain and fight bushfires. 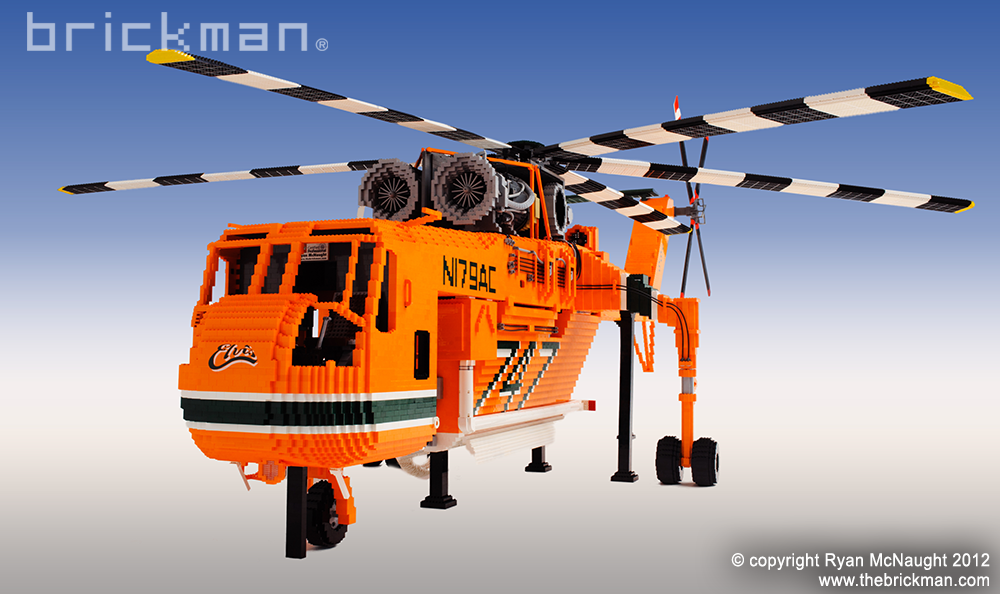 It was Ryan’s twin boys who told him he had to build Elvis when they saw it flying over their house in Melbourne, but it was Lego finally started producing enough of a range of parts in orange that enabled building Elvis to became a reality. Specifically the 2007 Recycle Truck set which had 1×1 bricks, 2 x 6 plates & 6×10 plates in orange. All together the build took over 100,000 LEGO parts to make. 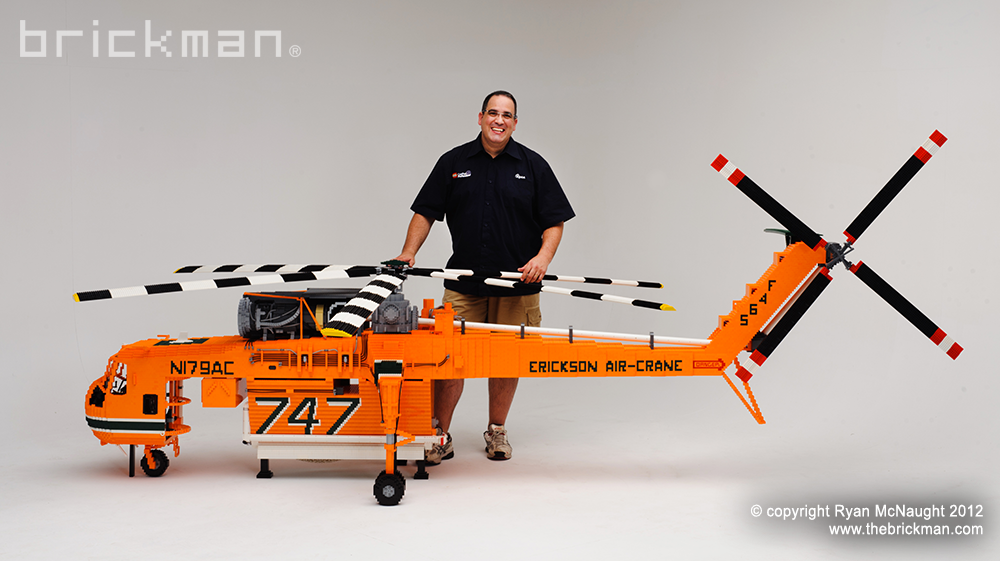 Coming in at nearly 4m long and a rotor-span of nearly 3m, the Elvis model is one of Ryan’s biggest and most challenging creations and when he finished it in 2012 it went around Australia, stopping at fan shows like Brickvention and the Sydney Brick Show, as well as being displayed in its own right at public events. 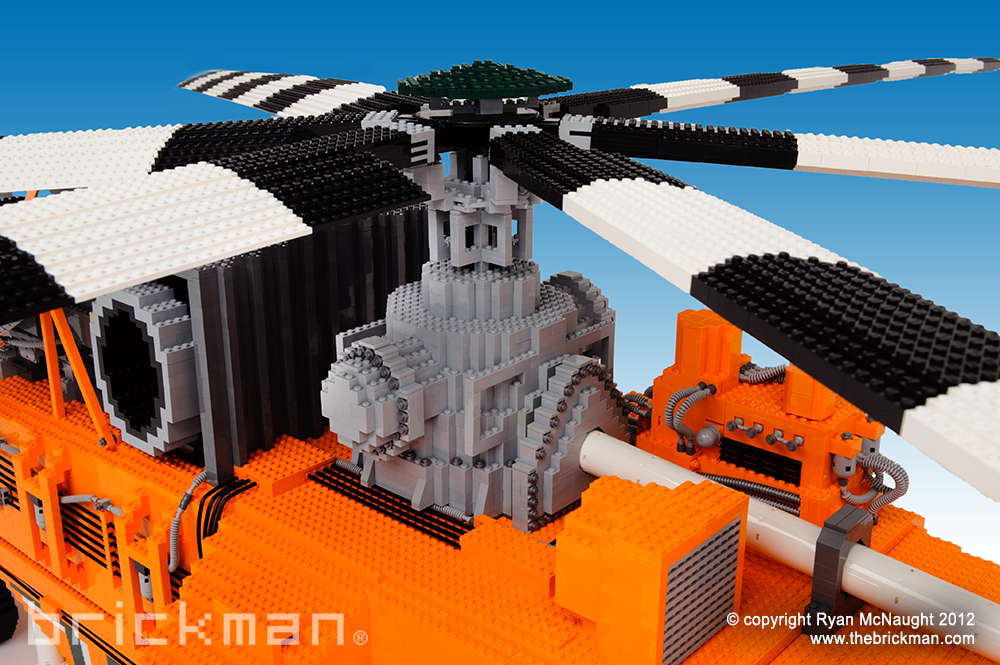 It was at one mall event in Queensland that Elvis’s biggest test came. ONe night after the mall had closed several local youths broke into the mall and decided to see how far Elvis could really fly and ended up smashing the model all over the floor, completely destroying huge sections of it and breaking the bricks themselves! 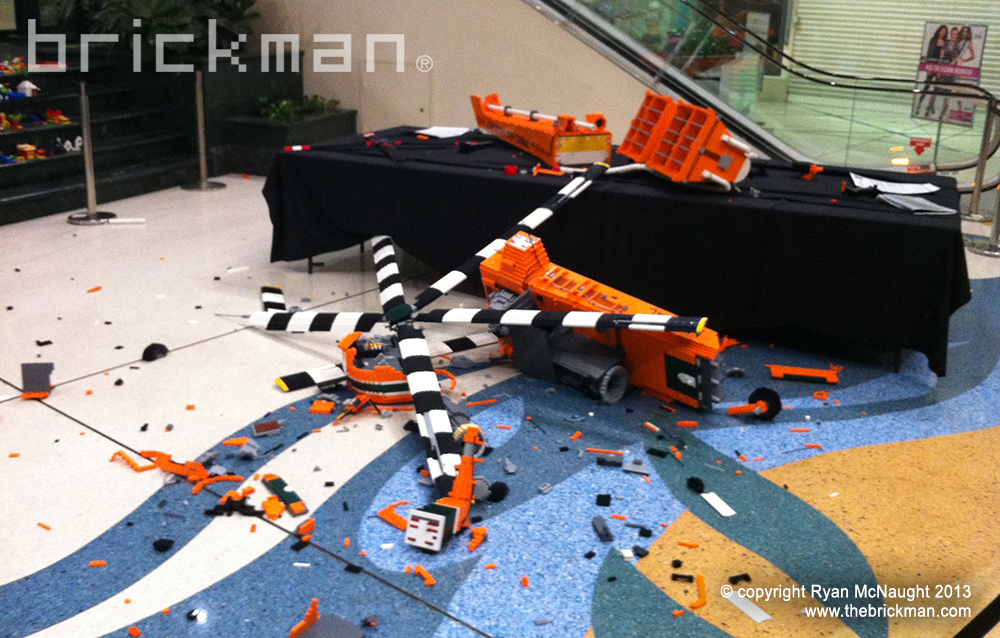 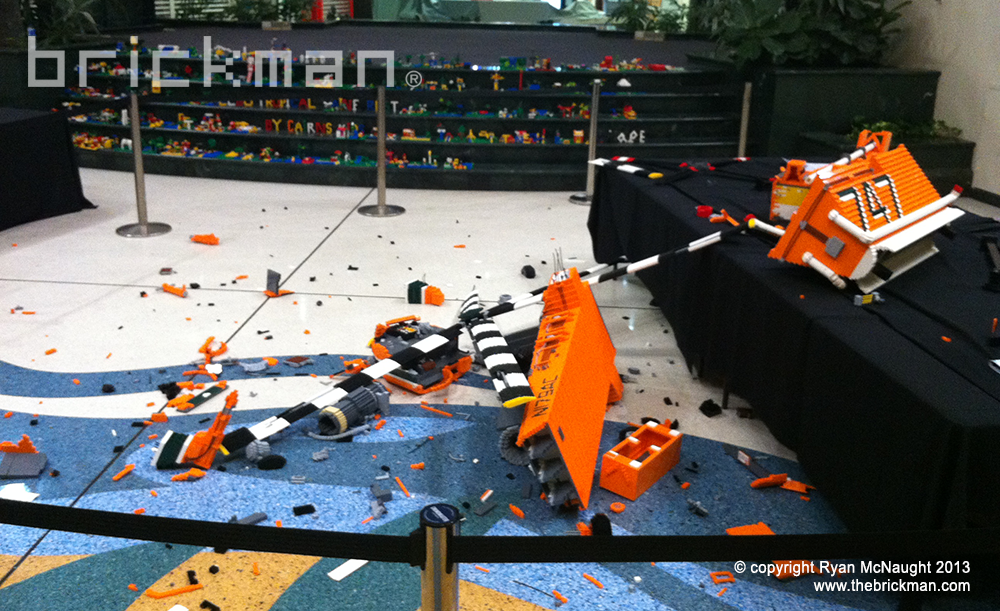 Luckily the entire thing was caught on camera and the kids were quickly found so they didn’t get away with it for very long! The silver lining to the tale was that the story of “a helicopter crashing” at the mall quickly brought all the news vans, who were surprised to learn it was “just” a LEGO brick helicopter, but it still helped bring the model and Ryan some great publicity! 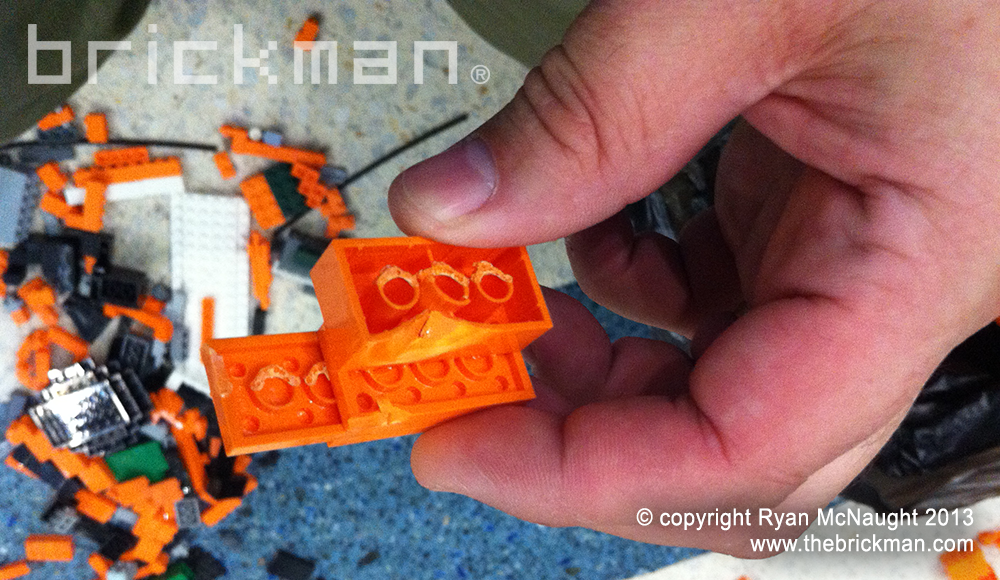 But of course the fantastic thing about building with LEGO, is that we could rebuild. And we did- stronger and better than ever before! 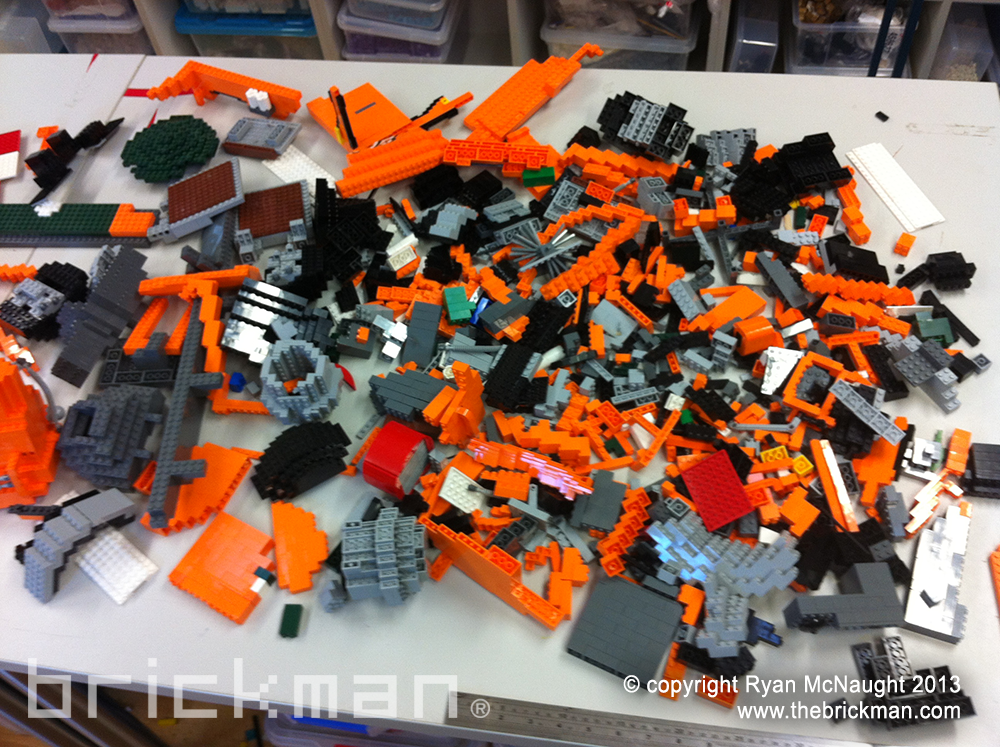 All of the pieces and broken sections that could be salvaged were brought back to the workshop where the model was re-engineered and updated. 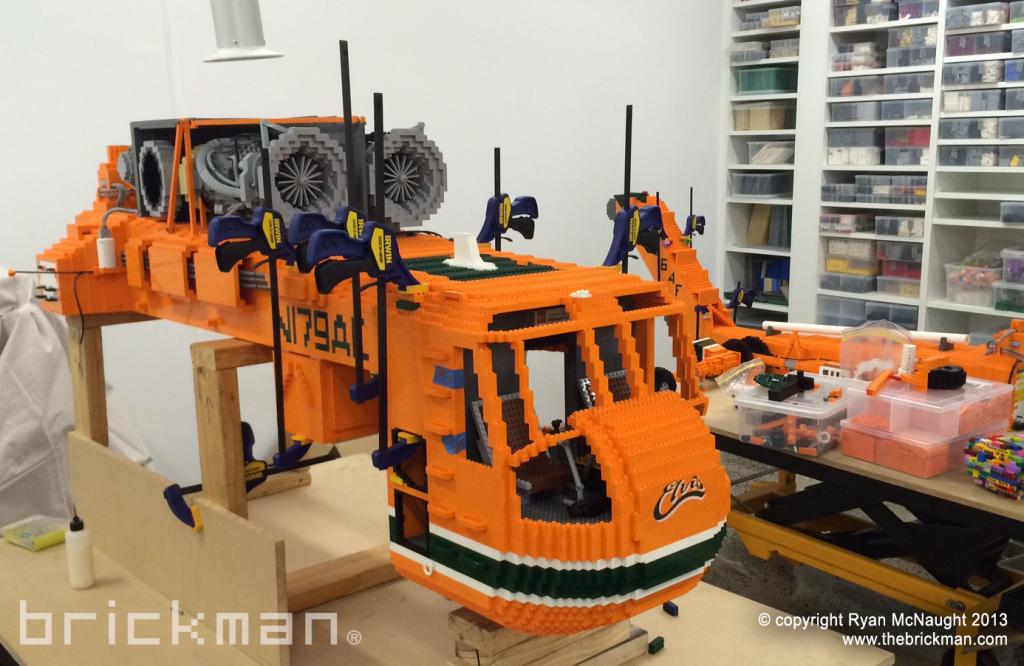 The model has now proudly toured Australia and New Zealand, and will be in Newcastle NSW from 9th April. 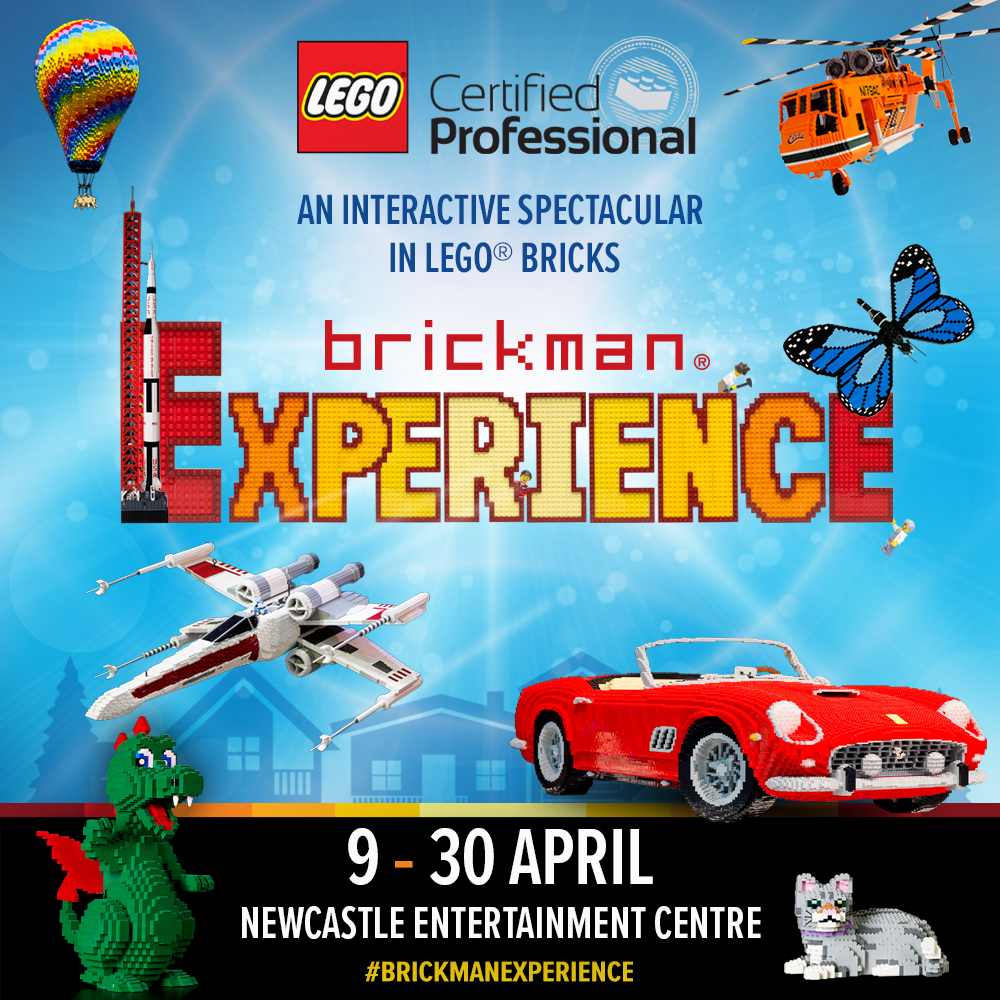