This week’s Throwback Thursday takes us right back to 2009 and one of Ryan’s most important models- the A380 model which set Ryan on the path to become Australia’s first LEGO Certified Professional! 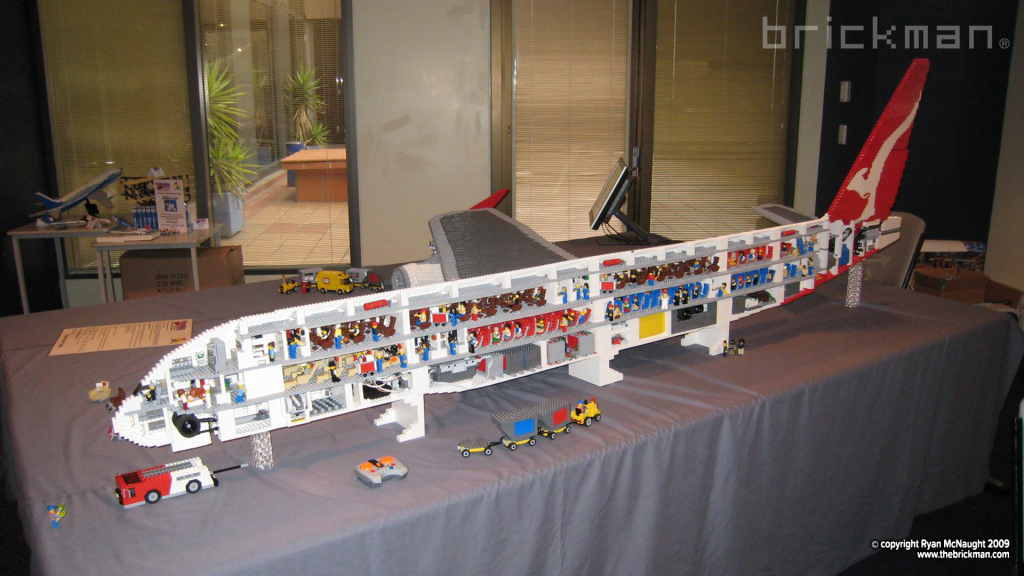 Long before he became an LCP, Ryan was a long-time fan of both planes and the cutaway books, so when it came to build a model of the new Airbus A380 in 2009, it was a no-brainer to do the model in what has now become one his signature features- a cutaway to show the internal workings of the aircraft. 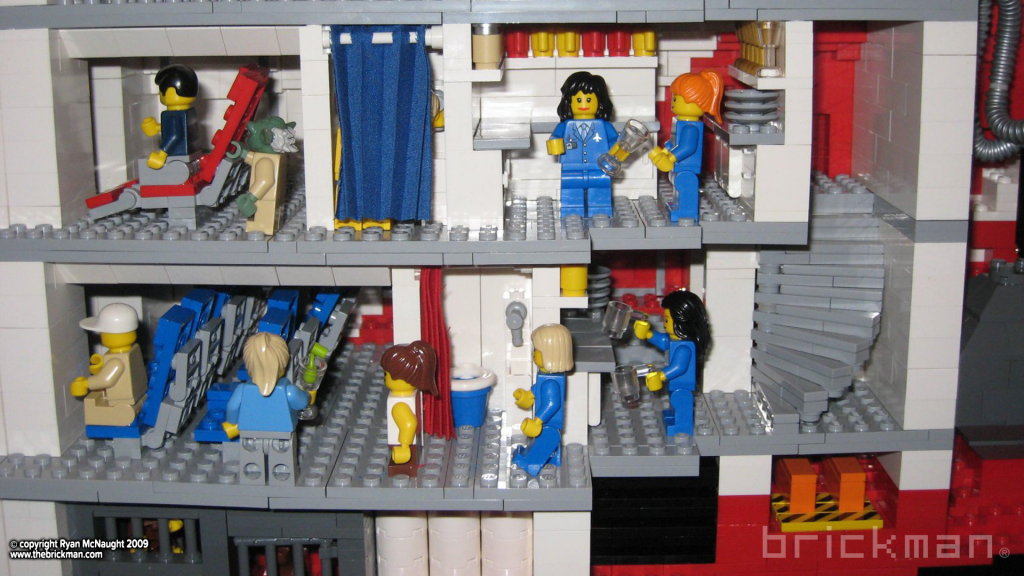 If you look carefully you might spot references to cinematic classics like Star Wars and Snakes on a Plane. Here is the model when it went on display at Melbourne’s Fan show Brickvention in 2009: 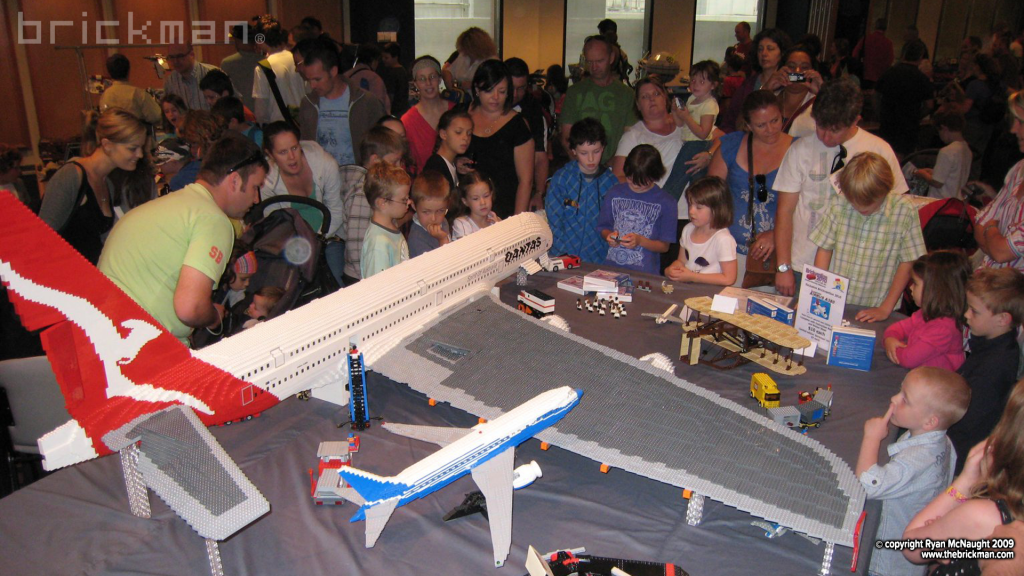 But Ryan decided to go a step further and use the then brand-new Mindstorms NXT programmable bricks, motors and servos to add a whole array of movement to the model: 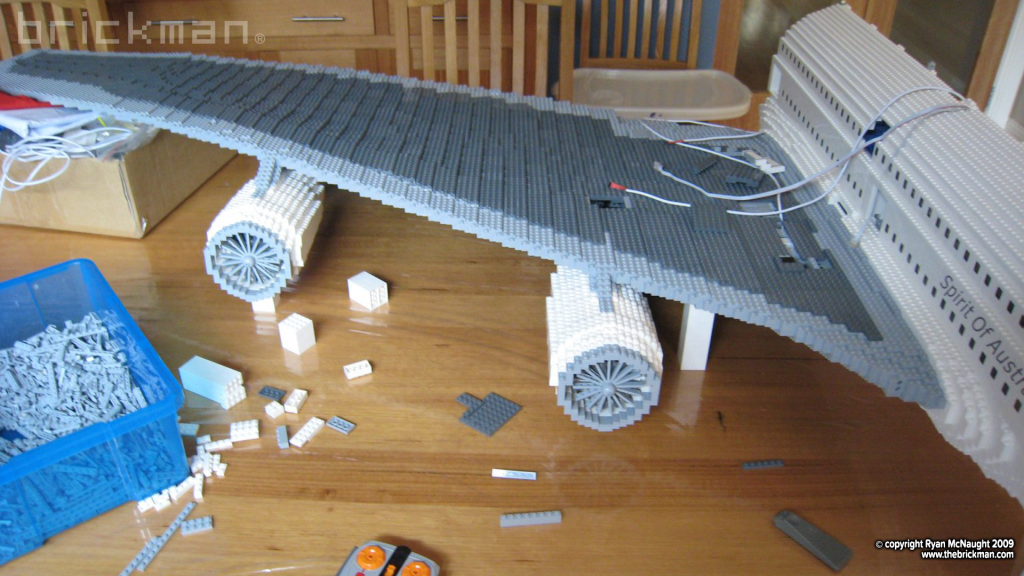 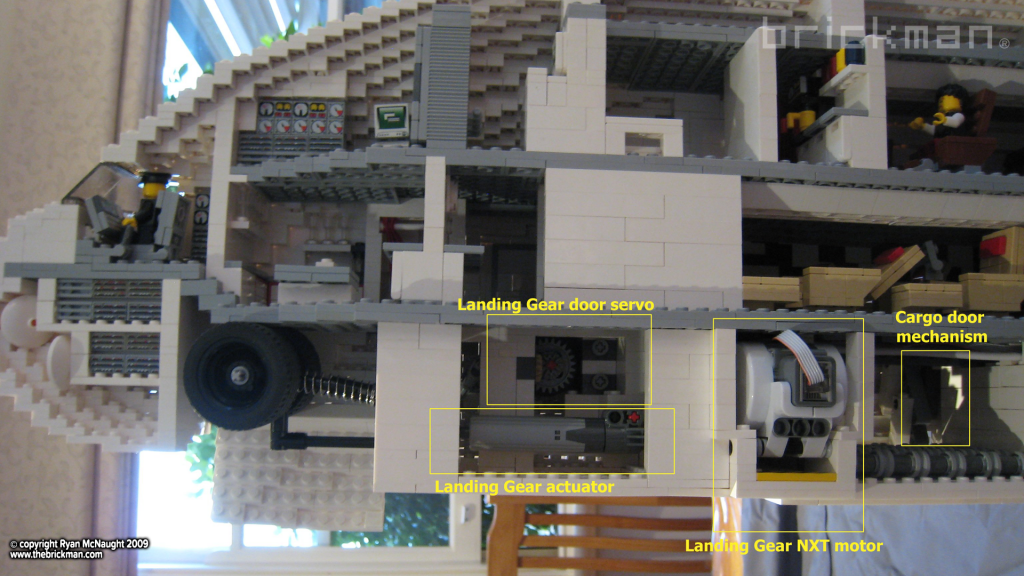 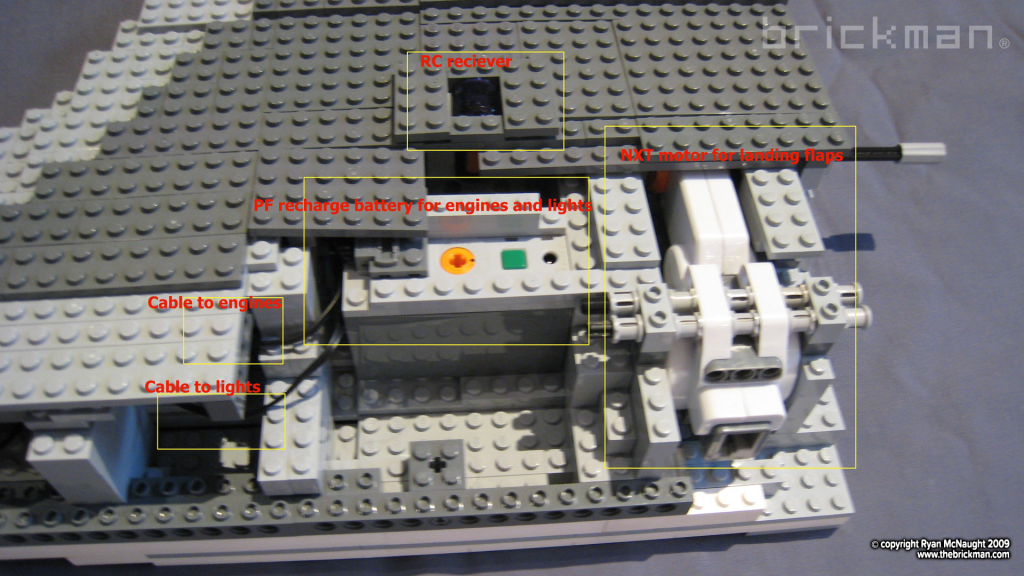 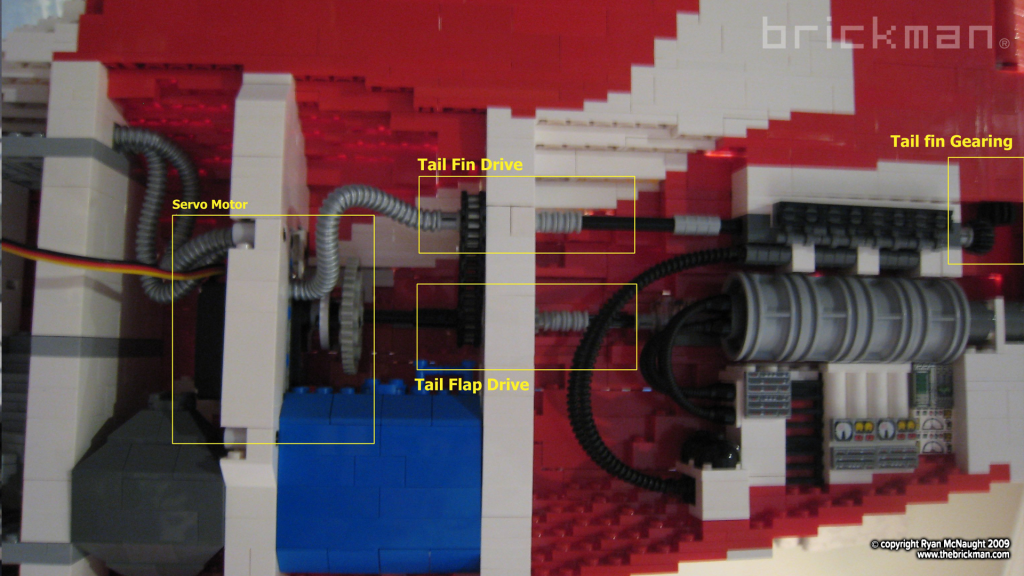 But the feature that really got LEGO’s attention when he brought the model to a Chicago LEGO fan show was the extra program he wrote that allowed the public to control the movements by way of an iPad with an interactive A380 cockpit: 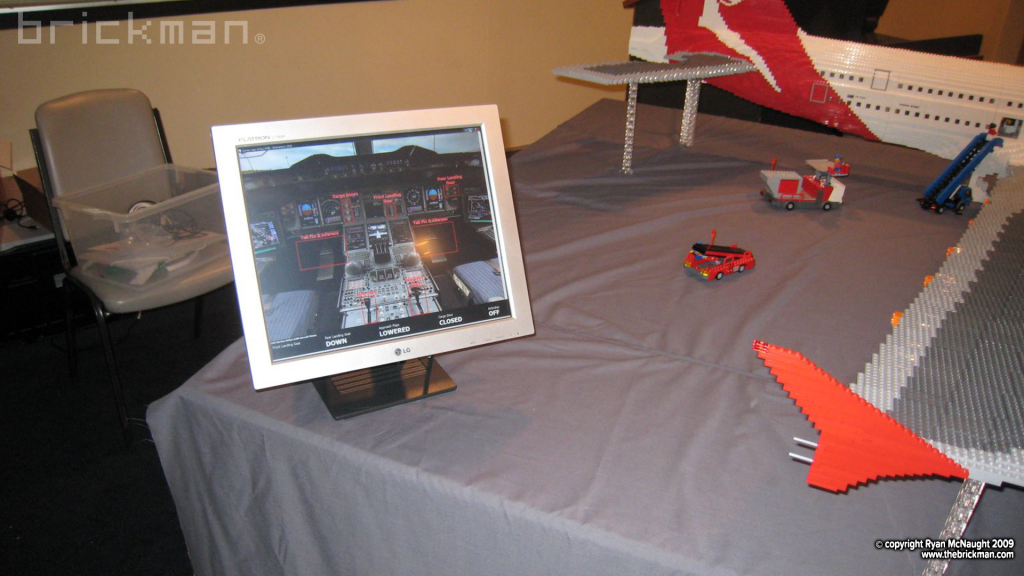 Watch Ryan talk about the build: