Yearrr! On this week’s Throwback we’re taking to the high seas with our huge LEGO® brick Pirate Ship! 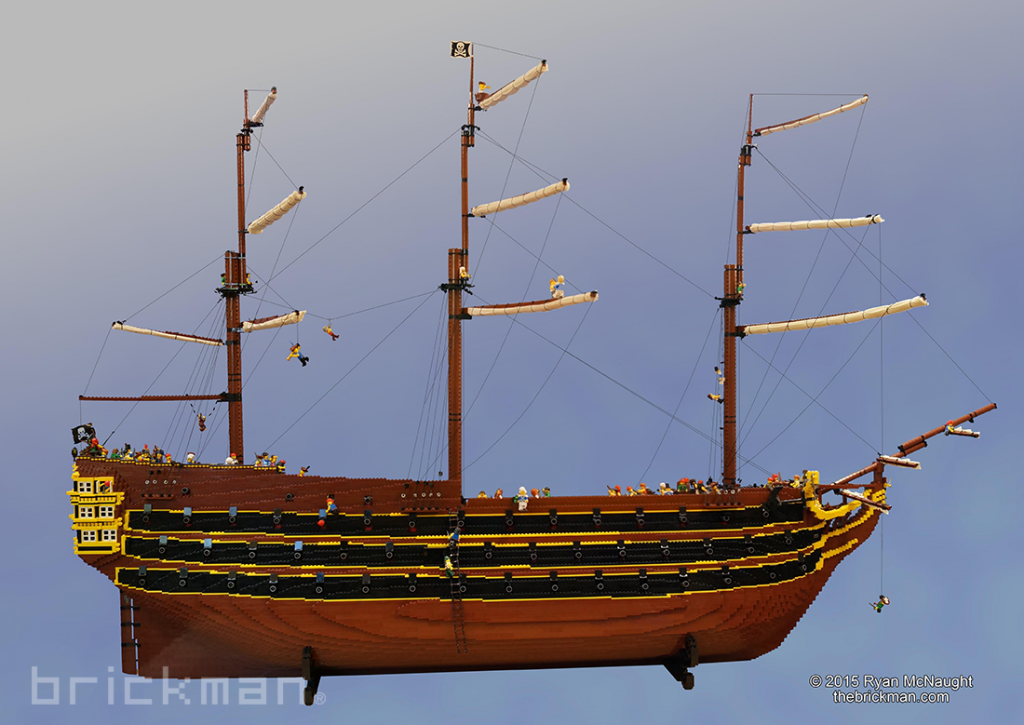 Ryan created this model back in 2014 for the Melbourne AFOL event Brickvention and has cut it in half so you can see all the crazy pirate action below decks!

We tried to fill it with as many jokes and fun stuff as we could, from seasick pirates and walking the plank to treasure, feasts and plenty of nasty pirates! 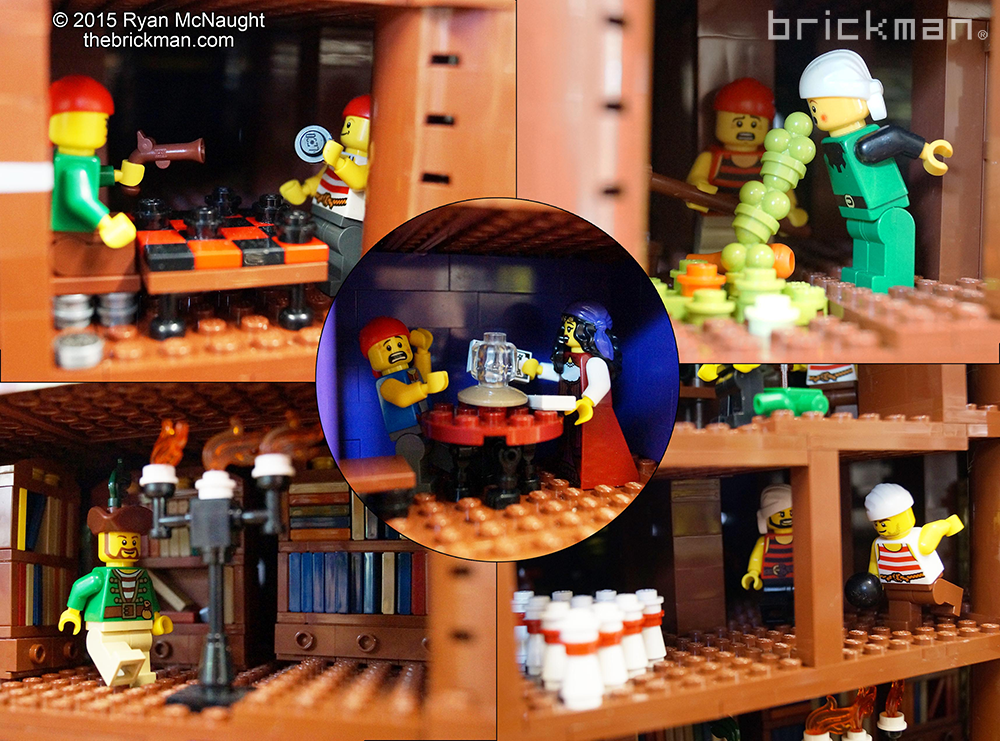 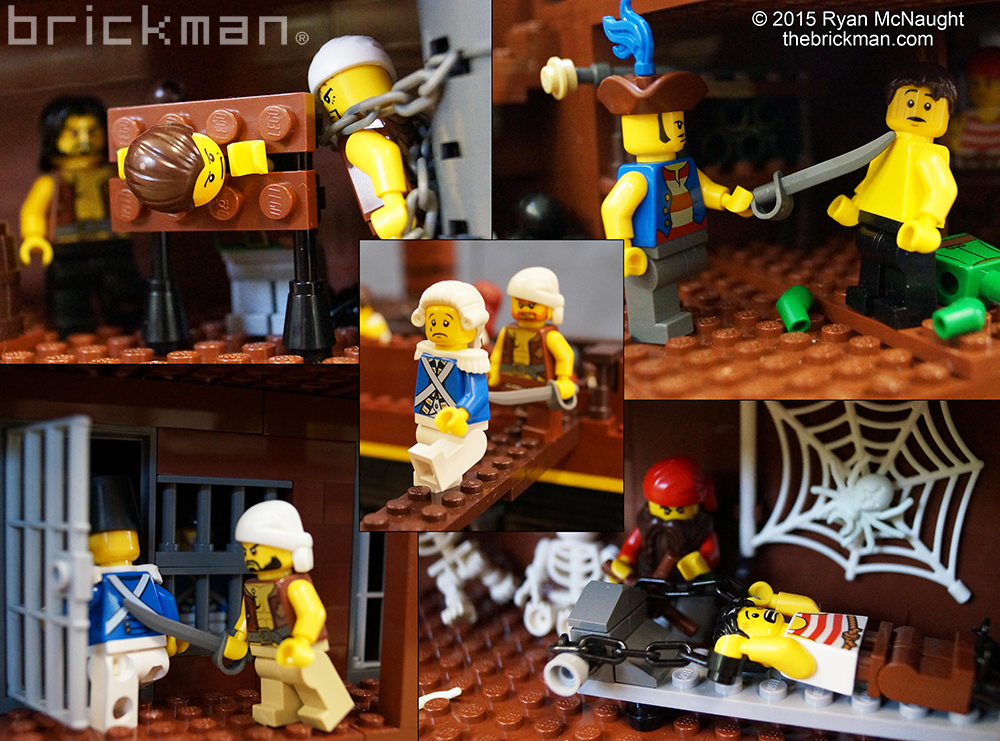 Ryan based the ship on the real HMS Victory, which wasn’t a pirate ship, but had the impressive sailing ship profile Ryan was after. Creating the characteristic curved hull shape was especially difficult because of the built-in stripes of colour and dozens of cannon placements.

Ryan invented a technique for this model to create the rock ballast in the base of the ship where he stuffed LEGO elements into the space until they’re jammed tight to give the impression of gravel and cut stone. And of course some poor soul has been buried in the rock leaving their skeleton there! 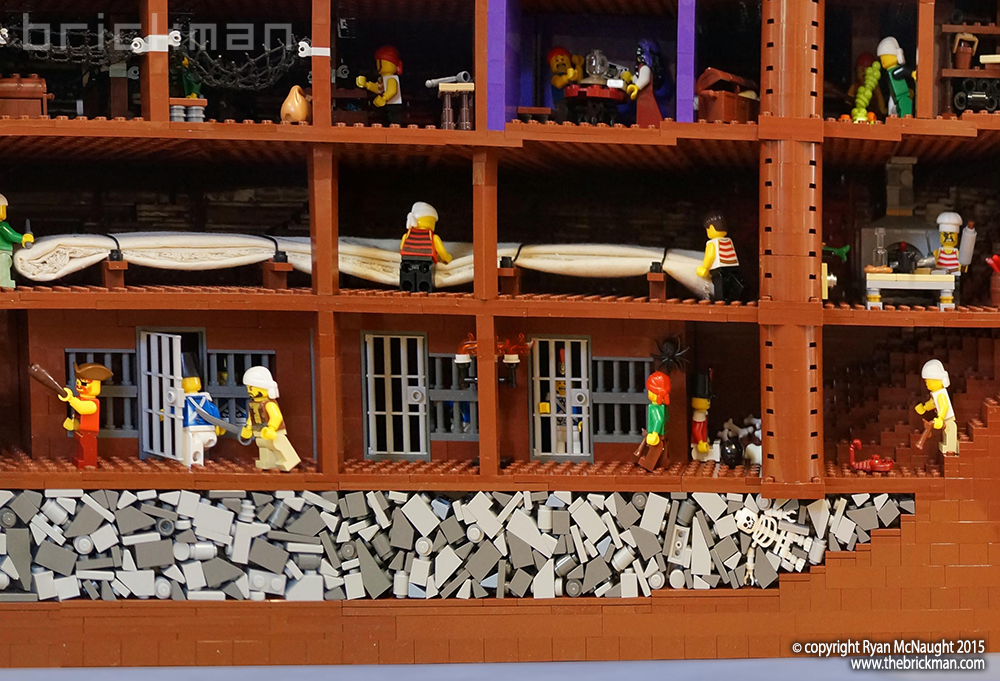 Whenever we find a technique like this we like we like to reuse and adapt it in other models. The enormous tessellated rock foundation of Himeji Castle in Japan proved a perfect opportunity to revisit the technique on a much bigger scale for the Wonders of the World exhibition. 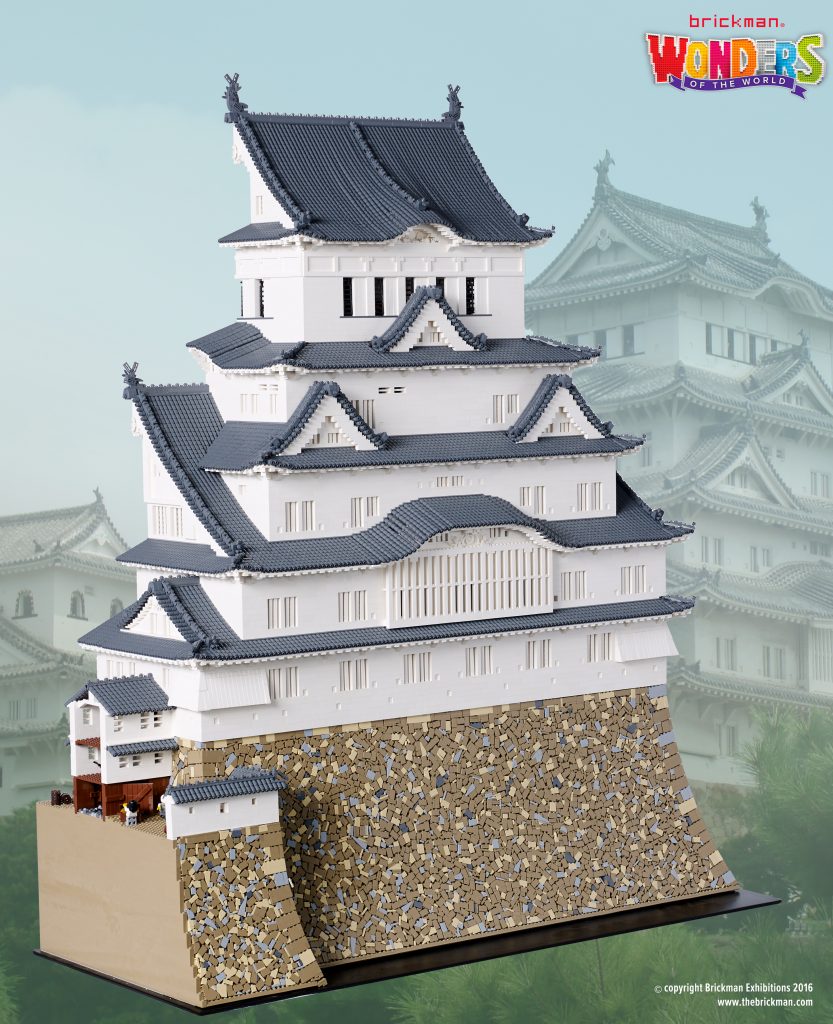 Our LEGO® brick Pirate Ship is a permanent part of our touring Brickman Experience exhibition, which is returning to Melbourne for a special final encore before we leave Australia at HarbourTown Melbourne in Docklands from 23rd September 2017 until the 28th January 2018- so don’t miss this last chance to see it up close for yourself! 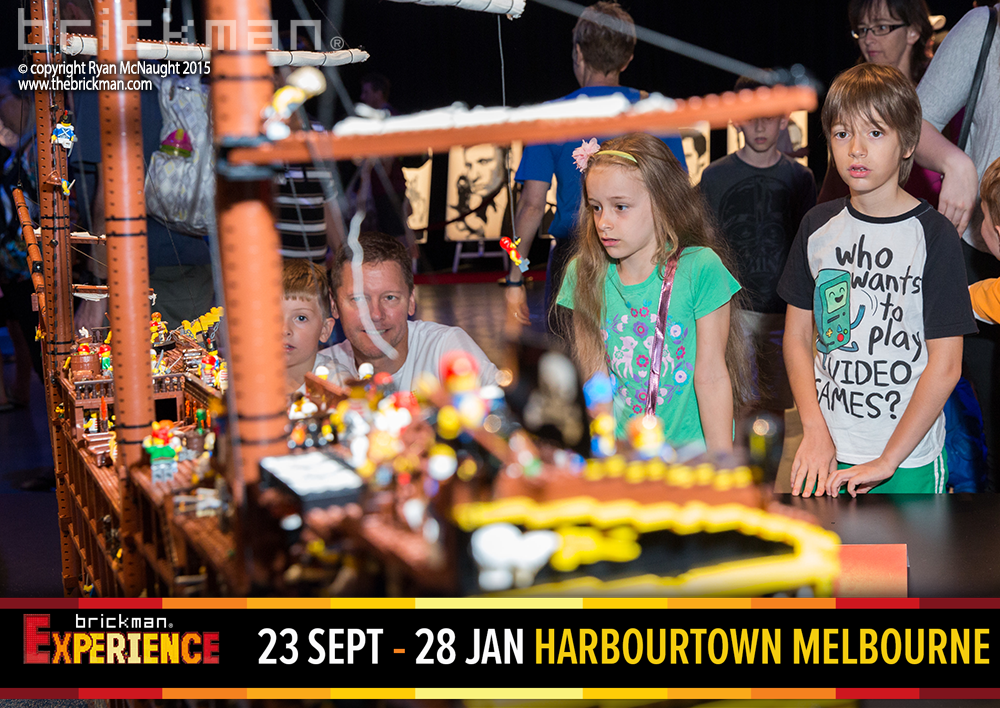