In this week’s Throwback we’re going back to one of our biggest and most complex models- a huge nearly 5m long Shell Floating Liquefied Natural Gas (FLNG) Facility! 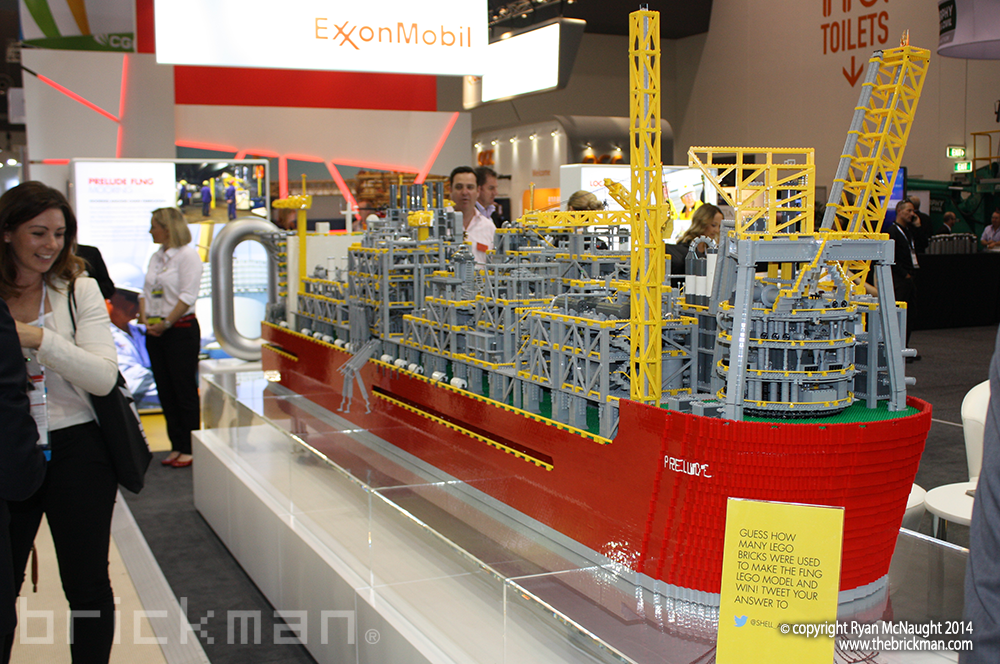 We built the facility in separate sections for ease of transport and construction. This model was built back in the old workshop and was so big it filled the entire space when it was put together! 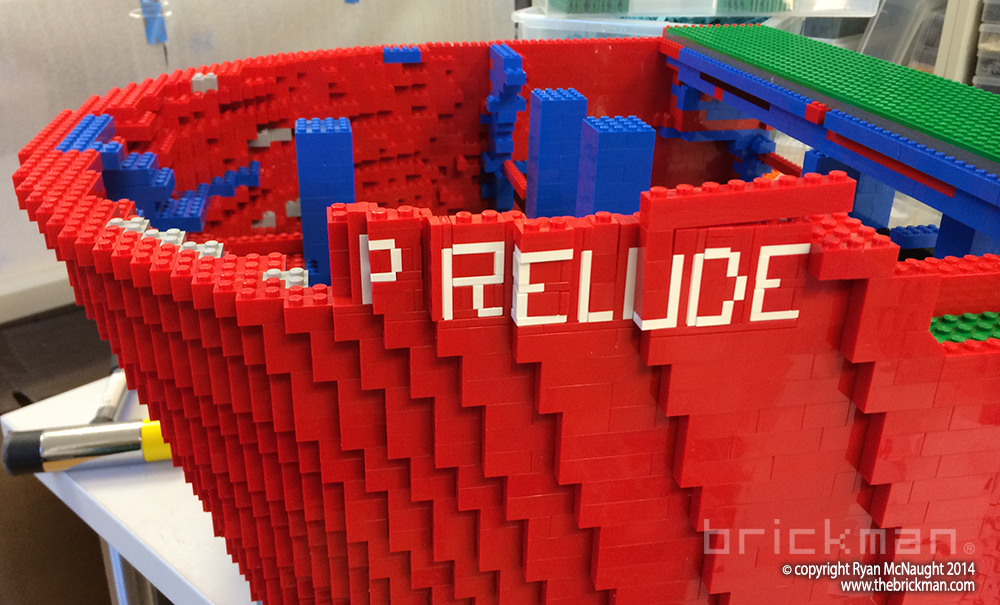 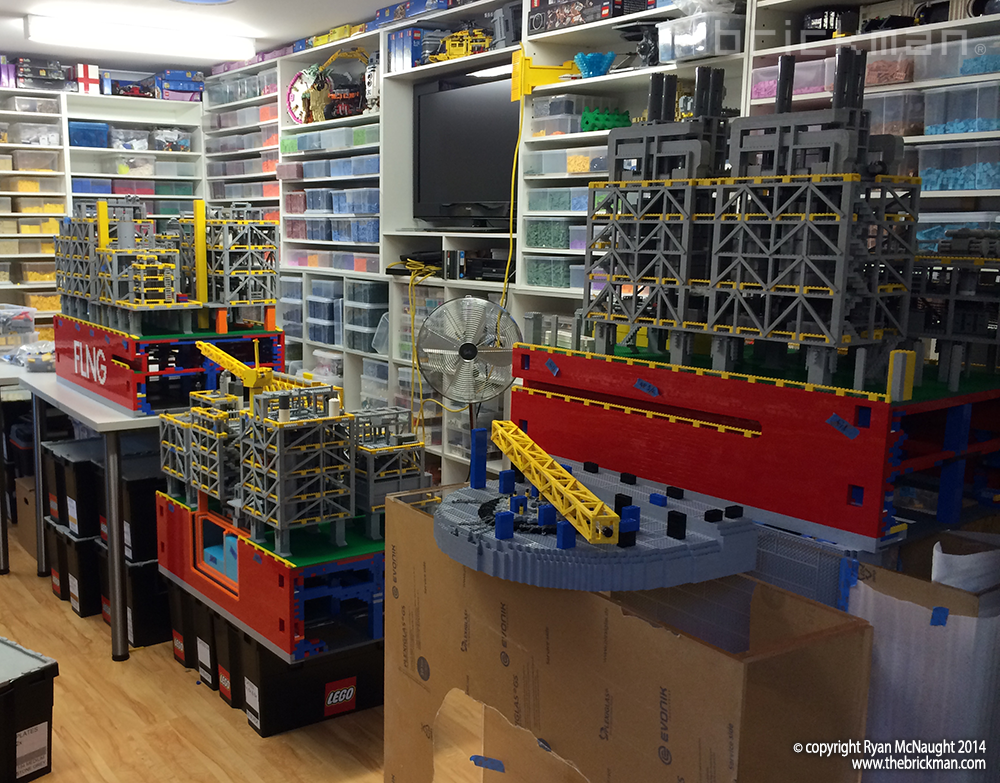 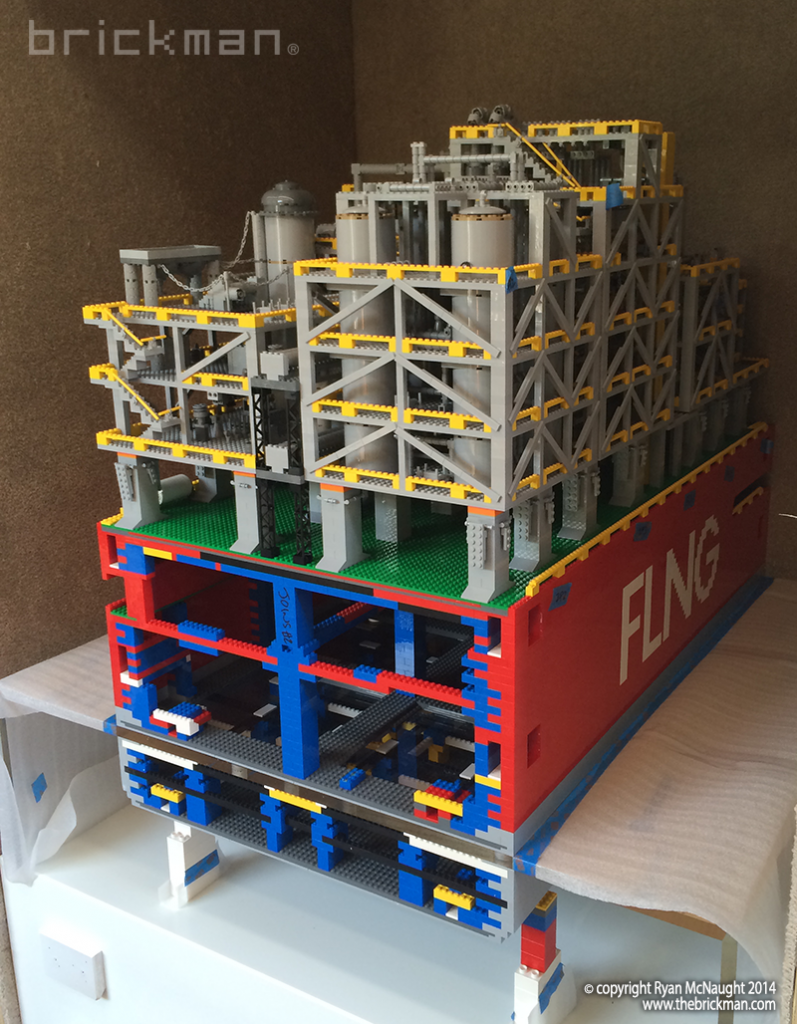 The model is based on, Prelude, a floating liquefied natural gas facility and we used just about every grey LEGO part in existence to recreate the complex machinery and pipeworks on top. 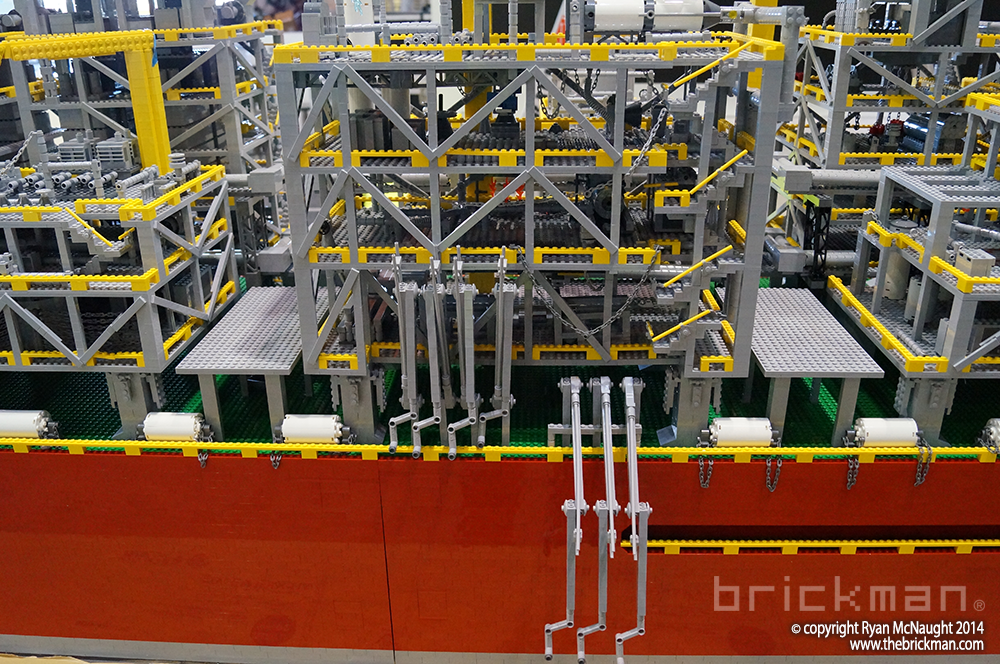 But in addition to all of the above deck detail the innovation behind the real facility was a system of connectors on the bottom that connect to wells on the seafloor, which we had to recreate in detail. 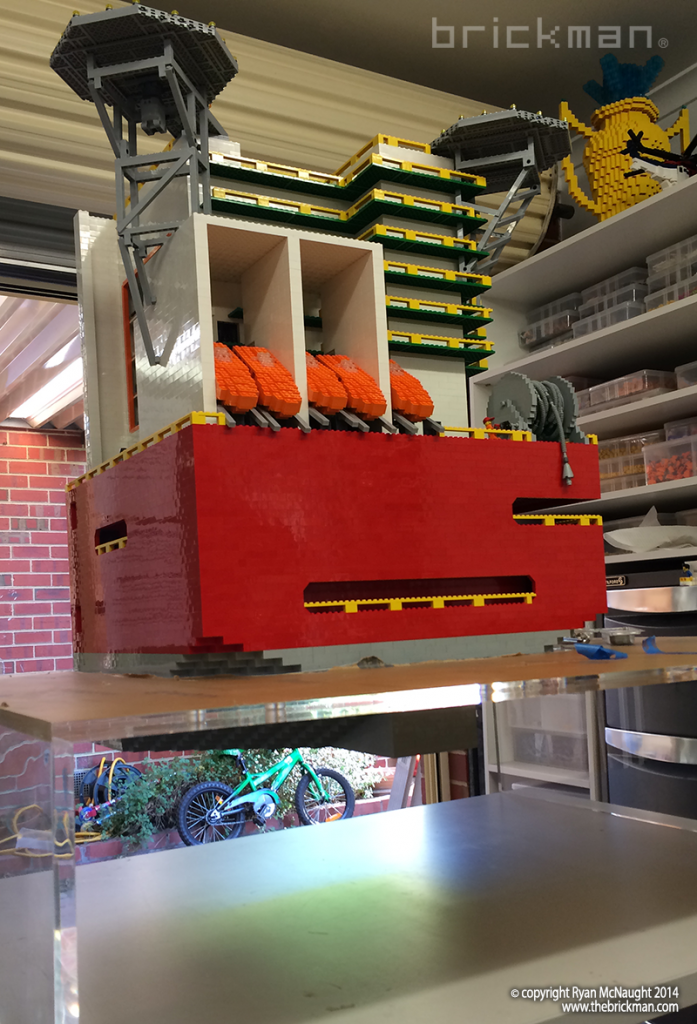 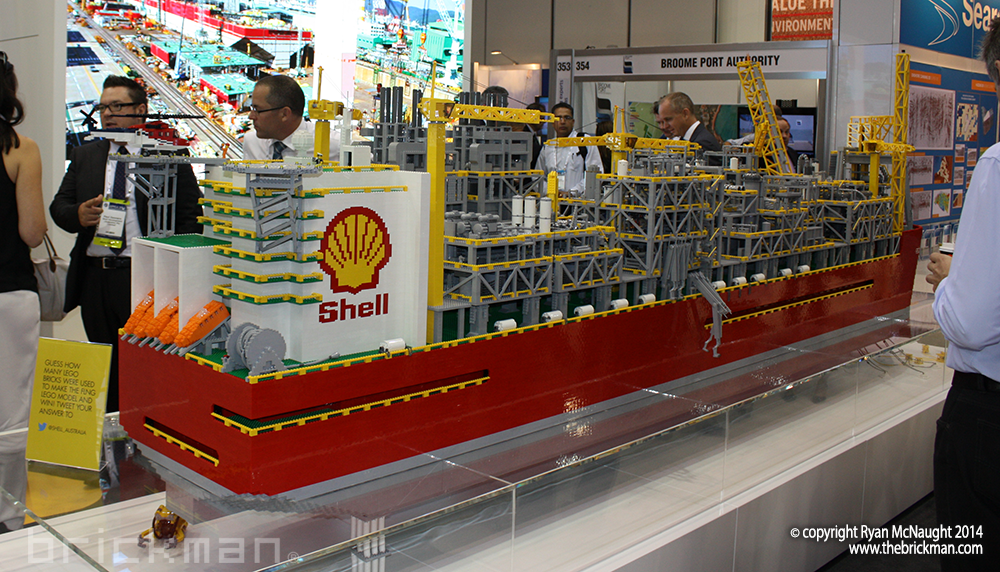 The Prelude model was built for a Shell trade show and then transferred to the Shell head offices in Perth, WA. In fact if you’re in Perth you can see it for yourself in the Shell office foyer! 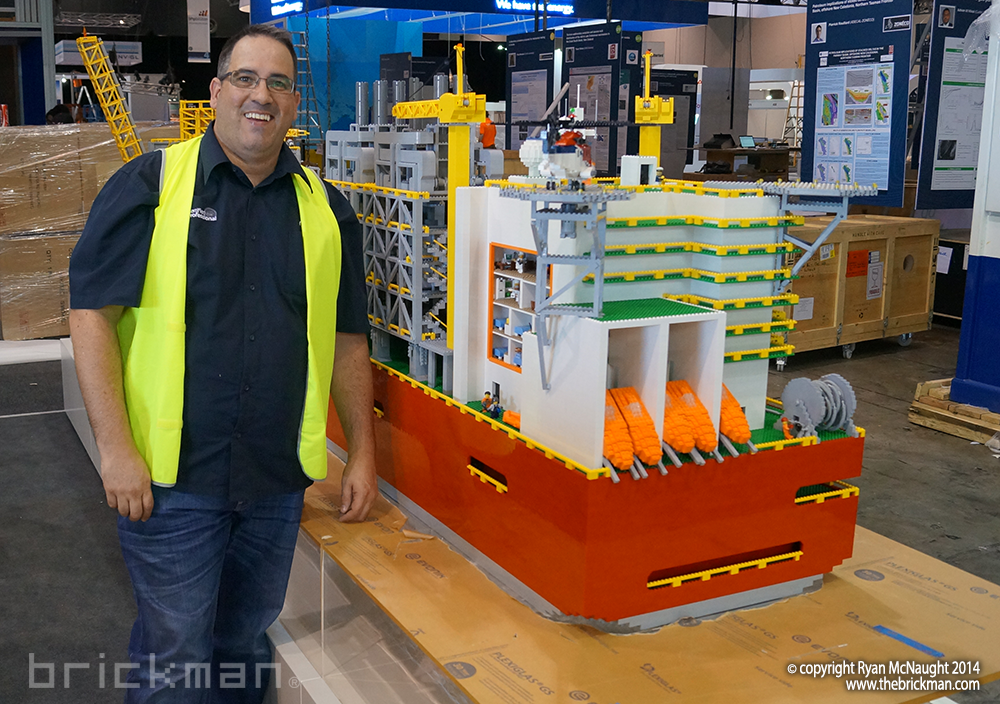