The Space Shuttle is one of those iconic vehicles that captures the imagination and Ryan had always wanted to build one, but was at a bit of loss at first as to how best to do it. Ryan normally likes to build in “minifig-scale” so he can feature LEGO minifigures, but at that scale the Shuttle would be just too small. 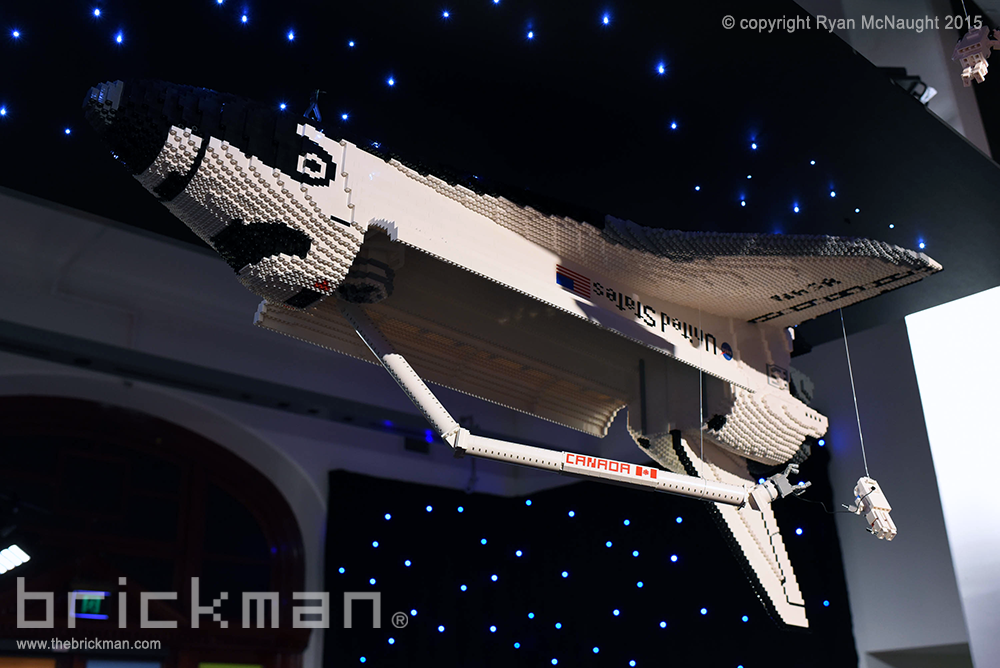 So Ryan chose to build his shuttle in “miniland” scale- which is a scale based on larger brick-built figures that is used throughout LEGOLAND theme parks, which gave the shuttle the wow-factor he was looking for! 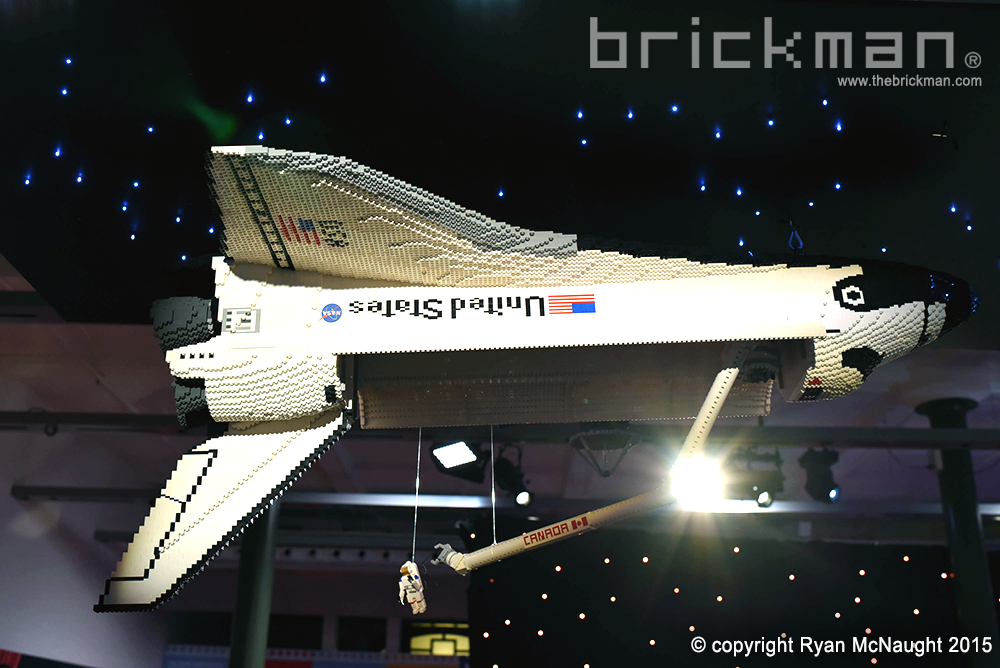 To further challenge himself Ryan decided to display the Shuttle upside down hanging from the ceiling to simulate the zero-gravity of orbit! 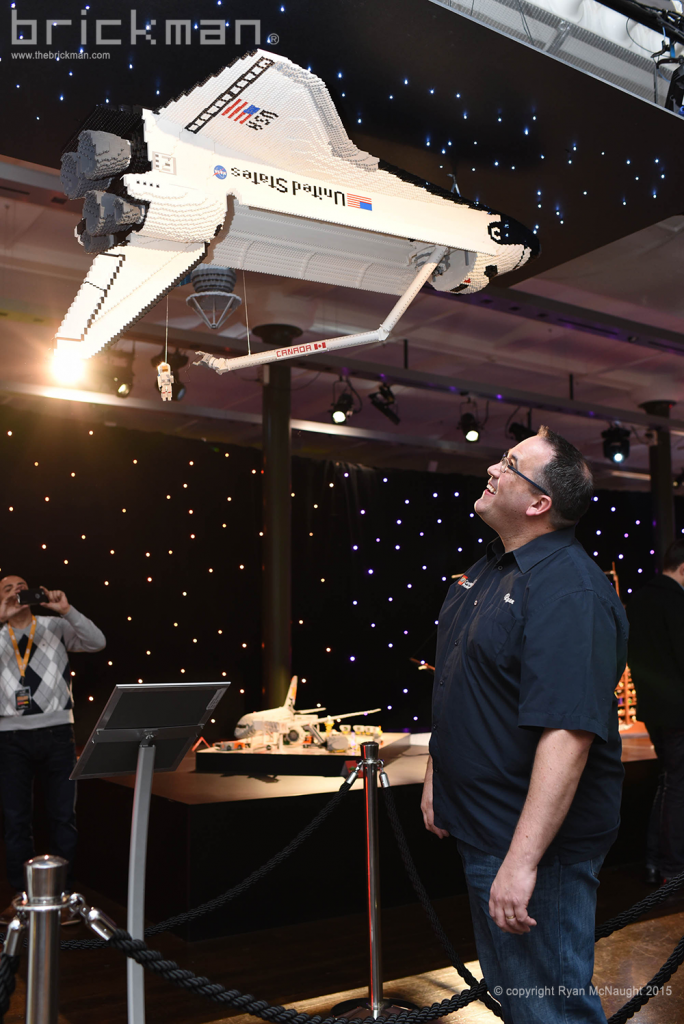 To add life the the Shuttle he added 2 miniland scaled astronauts, an extended robotic Canada-arm as well as a satellite being deployed. For the solar panels of the satellite Ryan discovered that by layering transparent light-blue LEGO tiles over dark-blue panels he could replicate the distinctive look of solar panels. 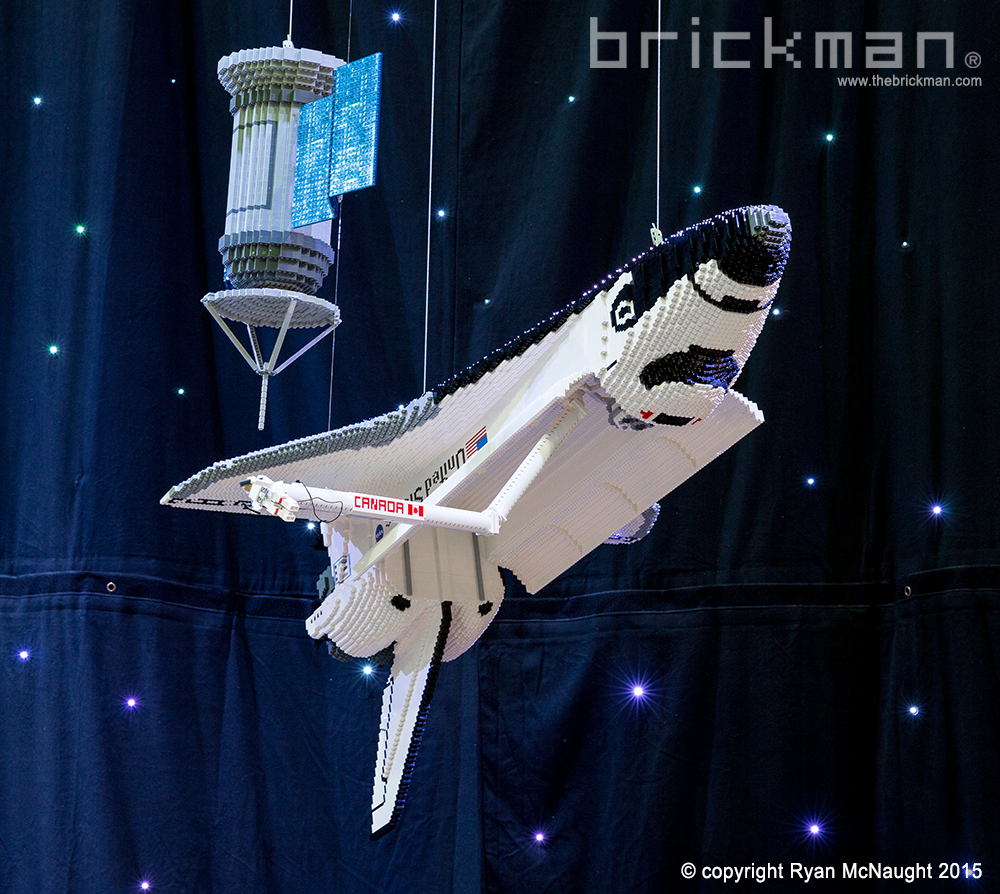 The Space Shuttle model is now a part of our travelling Brickman Experience show, which has just finished up on the Gold Coast. We used the same combination of LEGO colours to recreate the massive solar panel arrays on the International Space Station a year later for the Wonders of the World exhibition, which if you’re in Perth, you can still check out until the 30th July! Get tickets HERE. 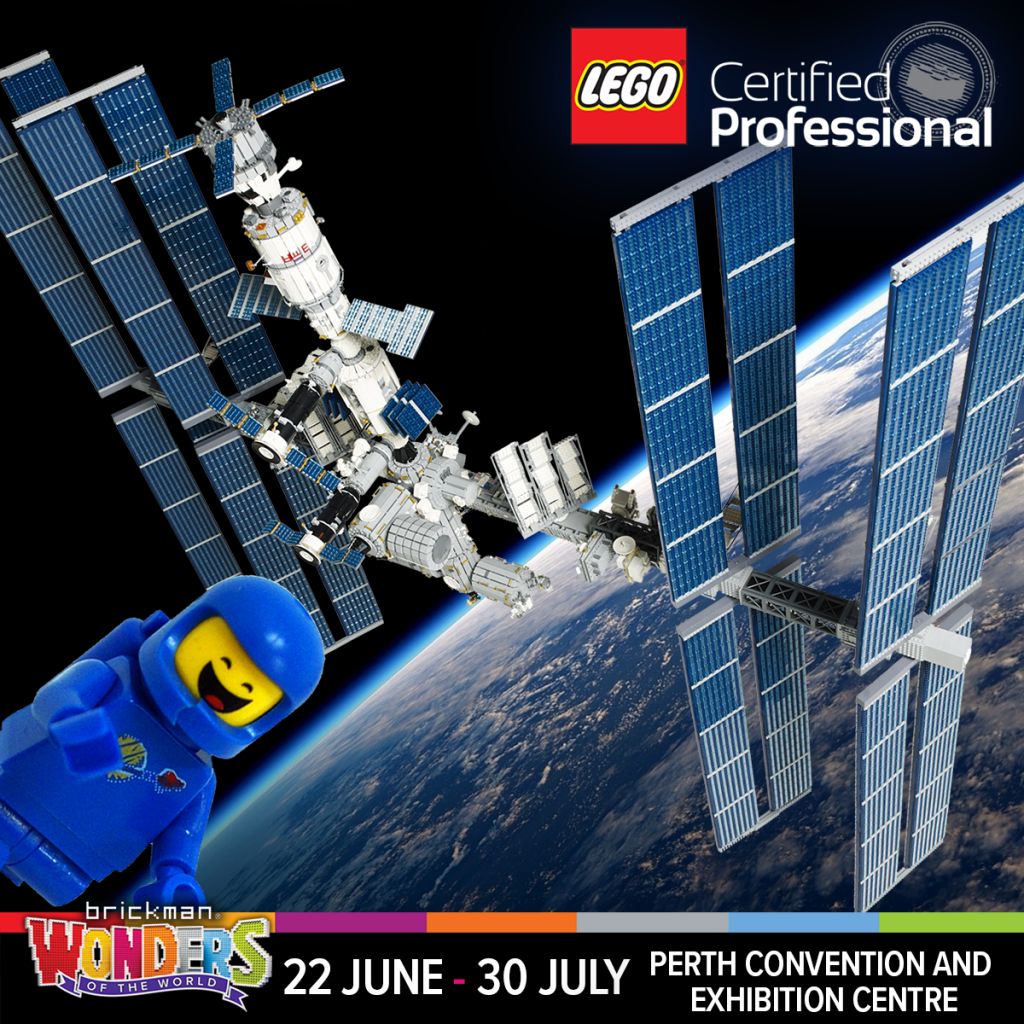