For this Throwback Thursday we’re going back to Japan and probably the hardest model Ryan had to build for Sydney Living Museums’ Towers of Tomorrow exhibition- a 2m+ version of the Tokyo Skytree tower! 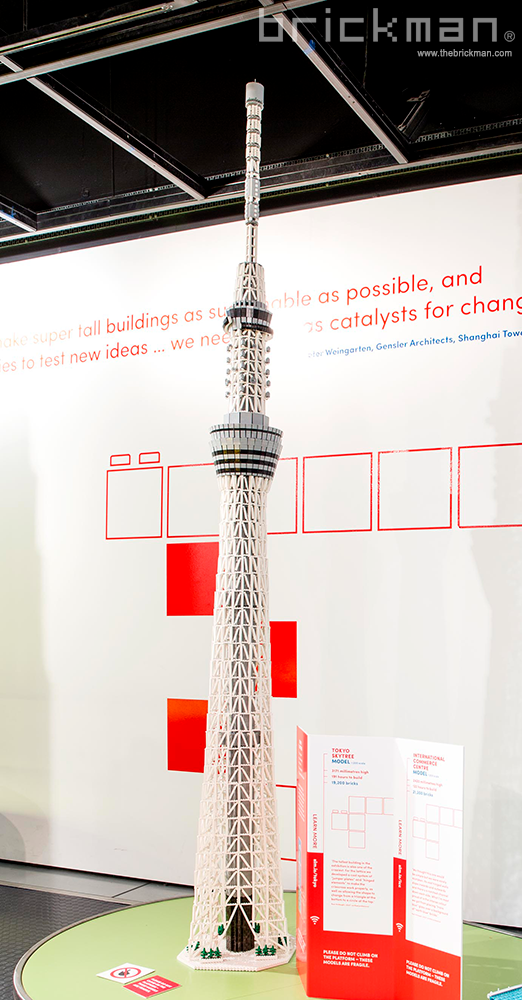 The skytree’s distinctive white latticework was hard enough to build, but it was made even tougher thanks to the fact it changes shape as it goes up, from a triangle at the base to a circle at the top! 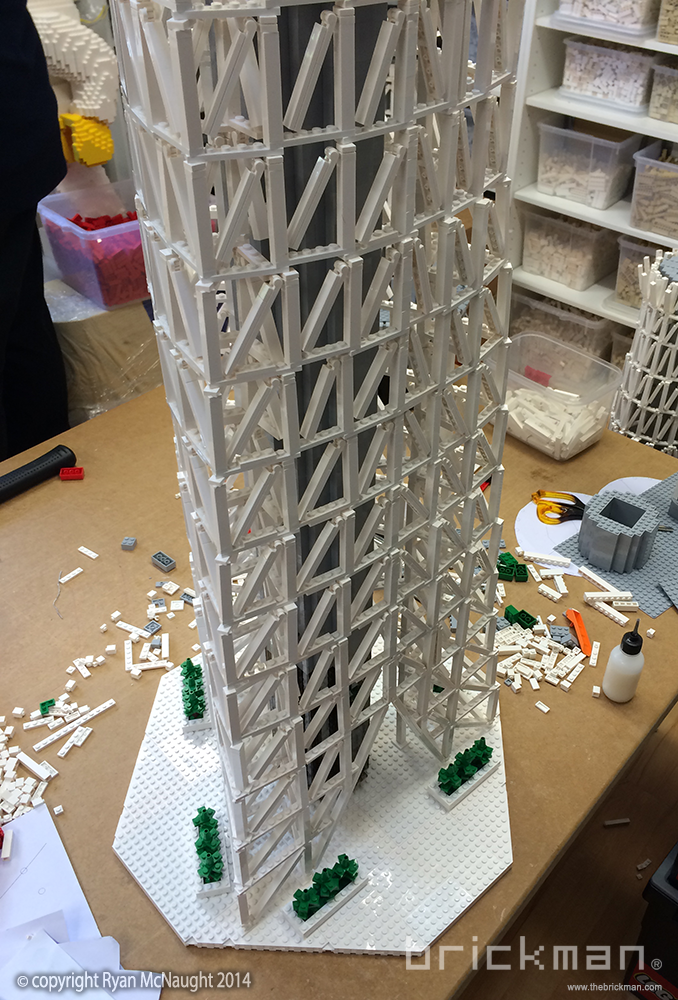 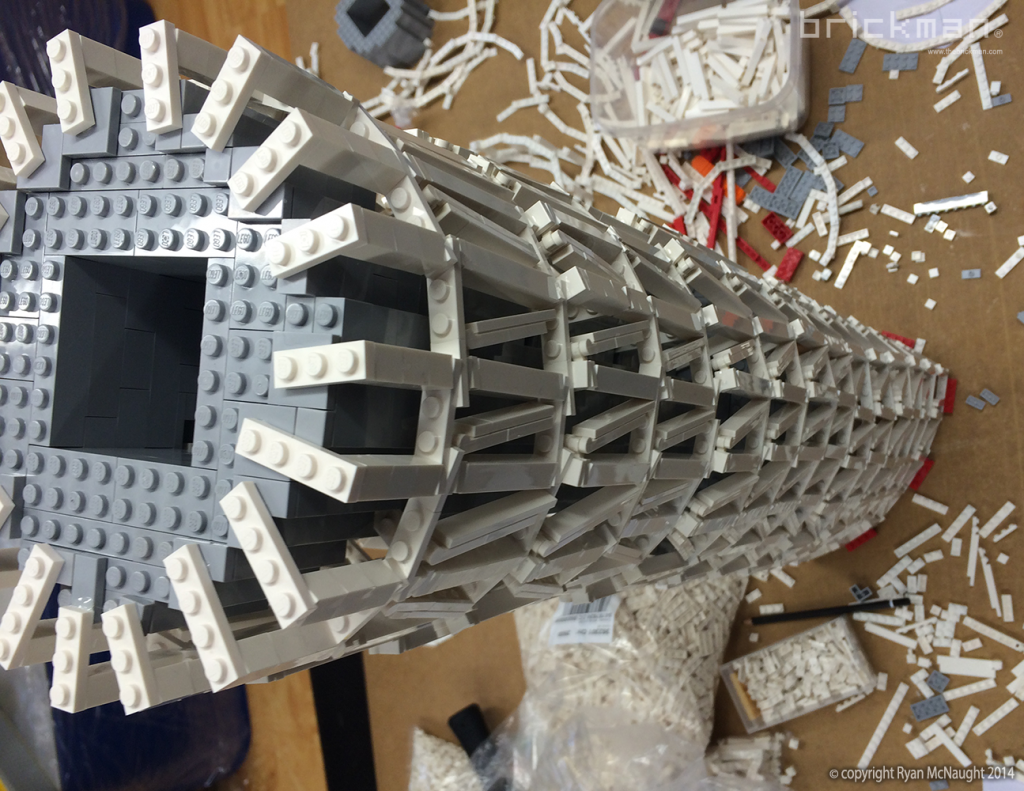 To achieve this gentle shape change Ryan had to use a lot of jumper plates ( 1×2 plate with 1 stud in the middle) to create offsets that were more gradual than 1 stud at a time.

The top of the tower is a massive broadcast tower as well as observation deck which has an exterior walkway that spirals around the tower between decks: 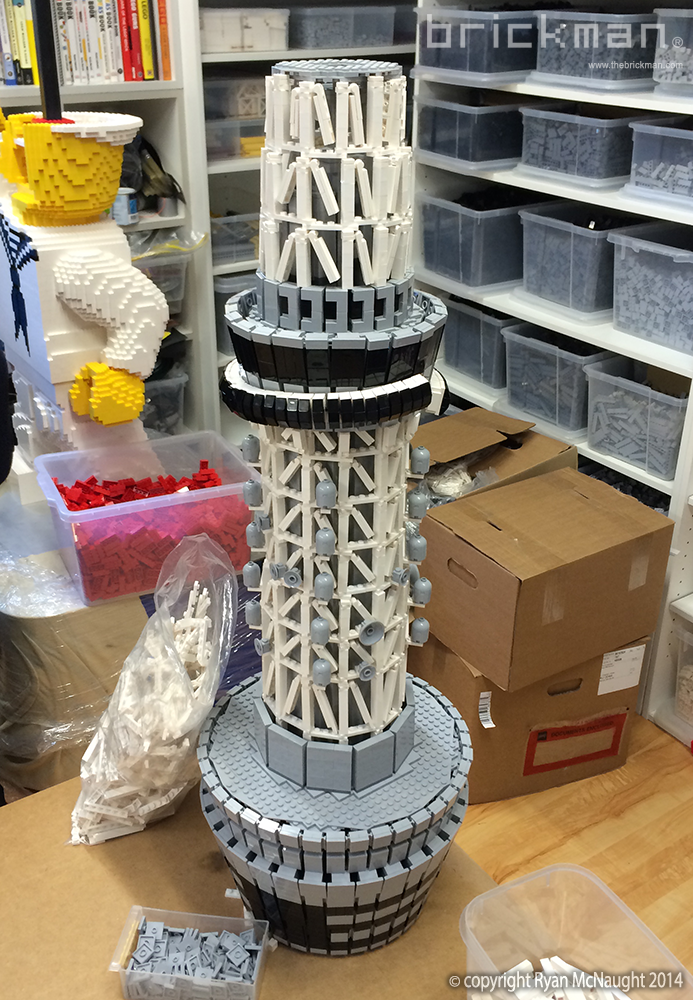 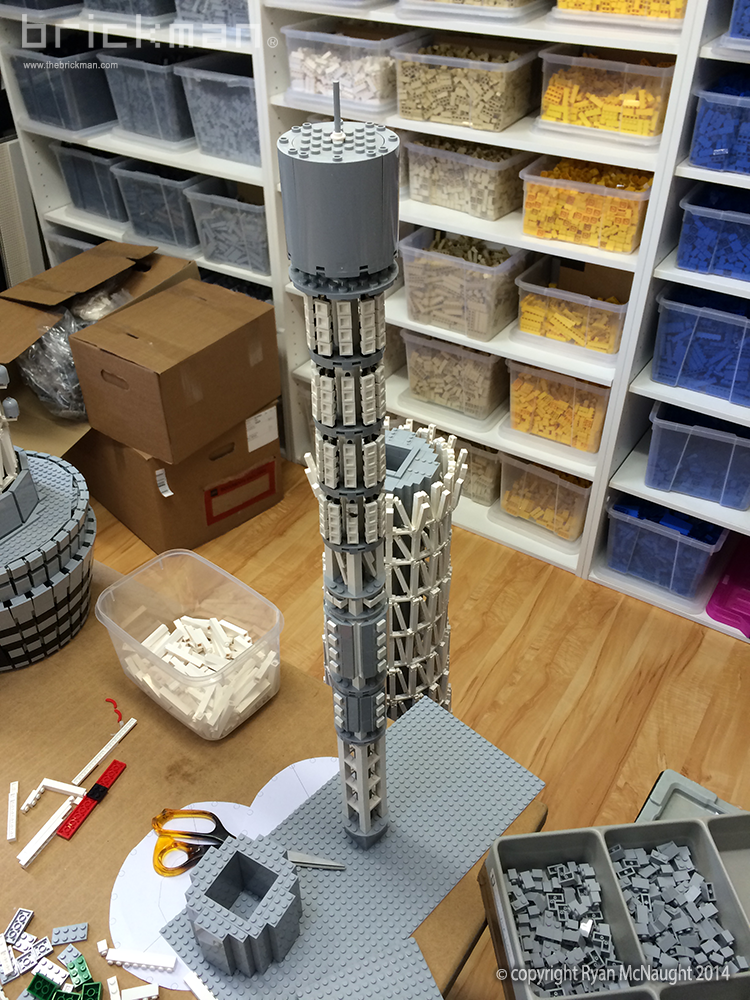