Considering the construction of the actual Sydney Opera House was started in 1959 on 1st March, it seems appropriate that this week’s Throwback Thursday is all about Ryan’s versions of this Australian icon. 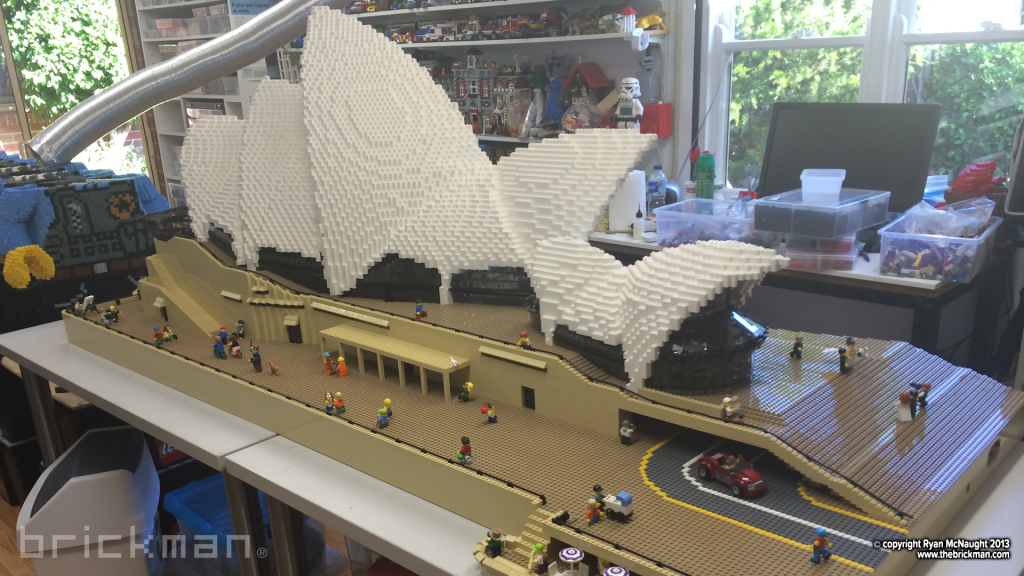 Of course it’s even more appropriate that Ryan build the Opera House from LEGO bricks, because the original architect of the Opera House was, like the LEGO company, from Denmark!

Ryan’s first and best known version of the Opera House was built back in 2013 and was actually a collaboration with US LEGO Master Builder Erik Varszegi. Ryan was determined to build the Opera House in cross section so he could feature the building’s interior levels and main concert hall, but getting the curves of the sails right at the angles he was building them at was proving a massive headache! So Ryan contacted Erik who worked with him to solve the problem of constructing the building’s complex compound curves using LEGO’s Digital Designer program. Ryan then engineered how best to anchor the curves into the model, support them and filled out and populated the interiors. 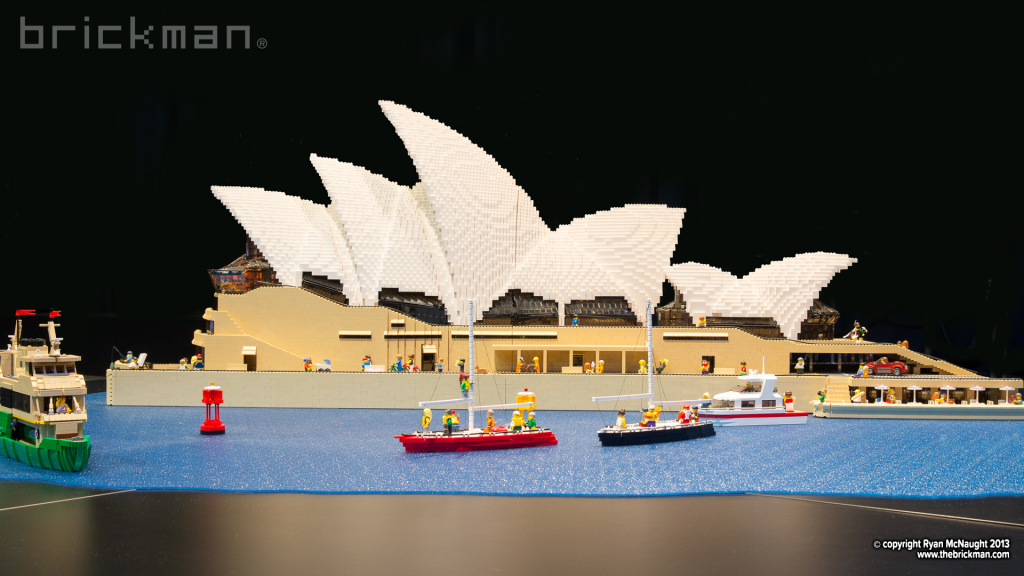 In typical Brickman style the interior is layered with lots of action, jokes and references- with everything from a couple getting married on the steps to Peter Allen on stage to Toy Story’s Buzz Lightyear & Emperor Zerg enjoying a father-and-son night. 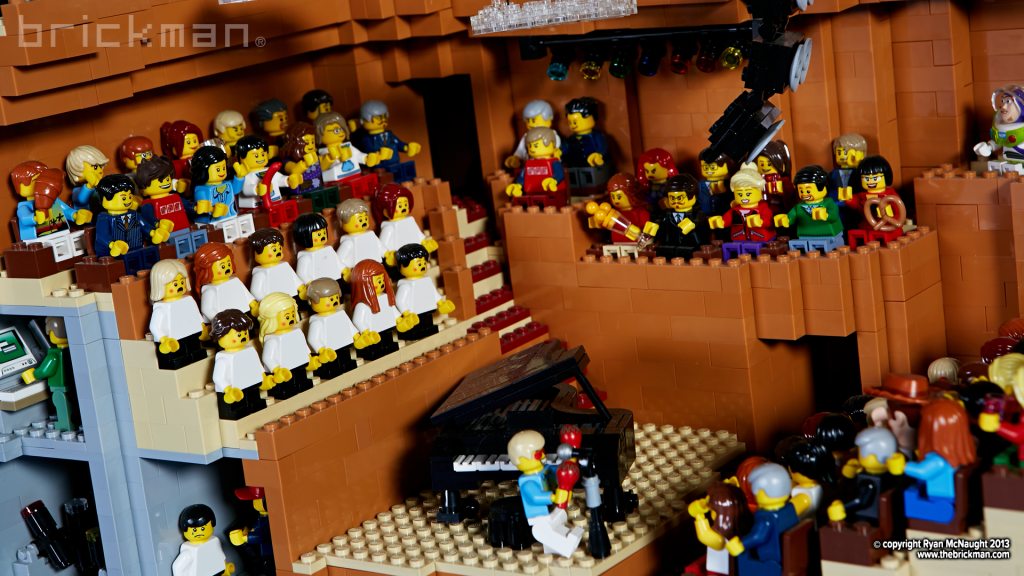 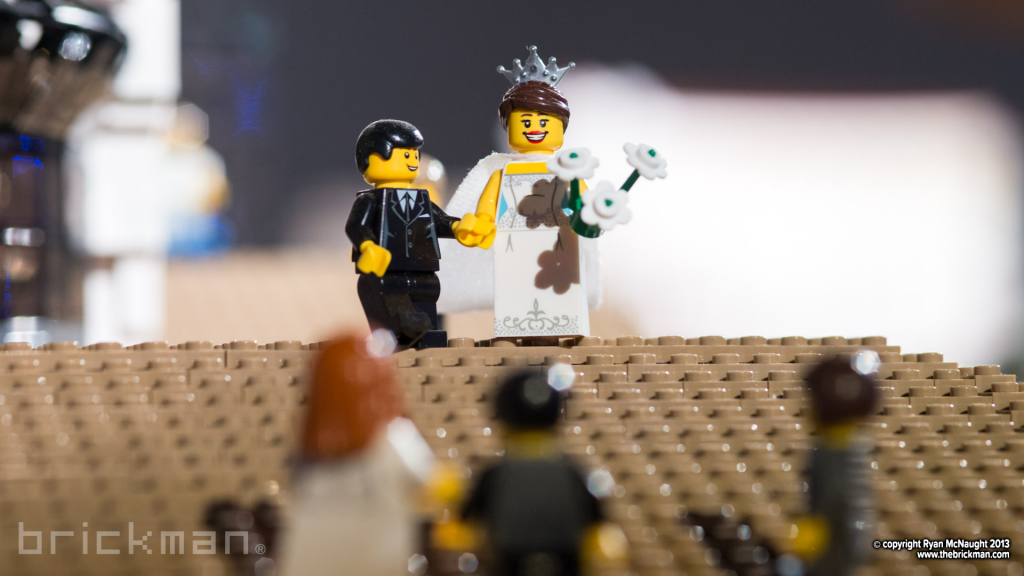 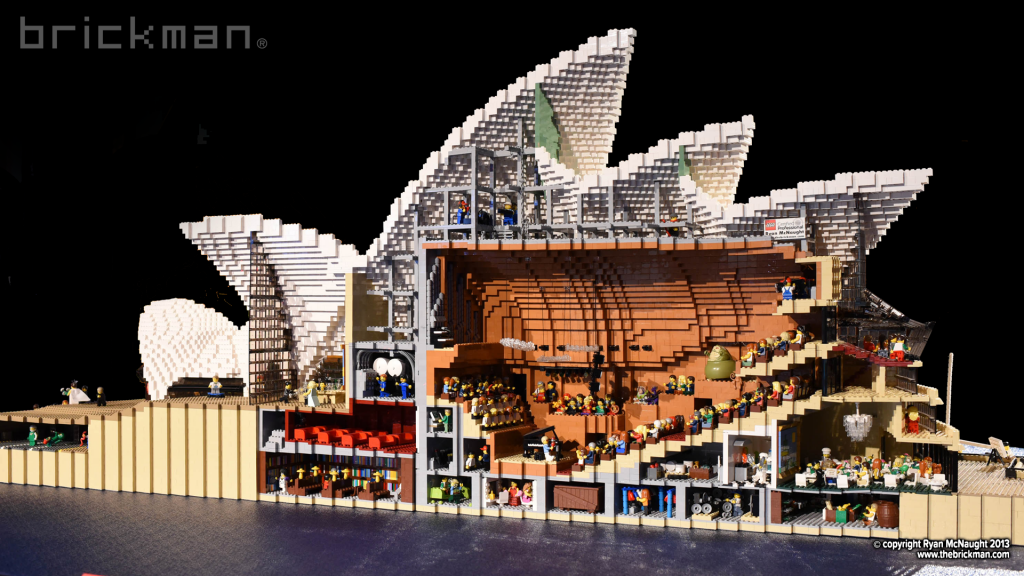 This 75,000 brick version of the Opera House is the same one which now tours with the Brickman Experience exhibitions, but Ryan also built a bigger version. This bigger version was part of Sydney Museum’s Sydney Harbour exhibit in 2015 and was actually twice the size of the first version! 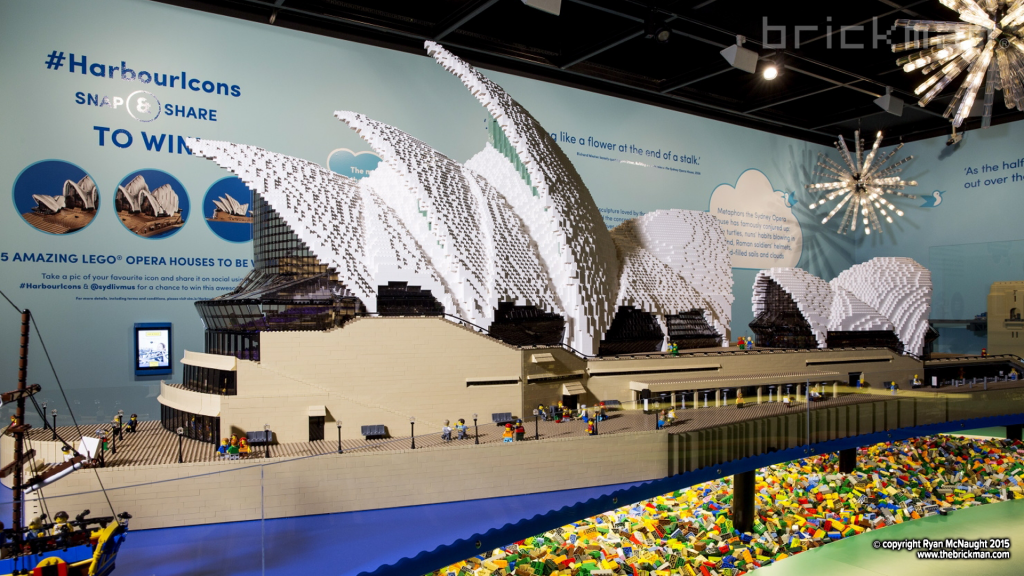