Back in 2012 LEGO Australia celebrated it’s 50th Anniversary in Australia with the “Festival of Play” which included a visit to Australia by LEGO’s CEO. It was decided to build something distinctly Australian as gifts to the LEGO group VIPs and Ryan chose to build LEGO brick versions of the iconic Aboriginal instrument -the Didgeridoo! 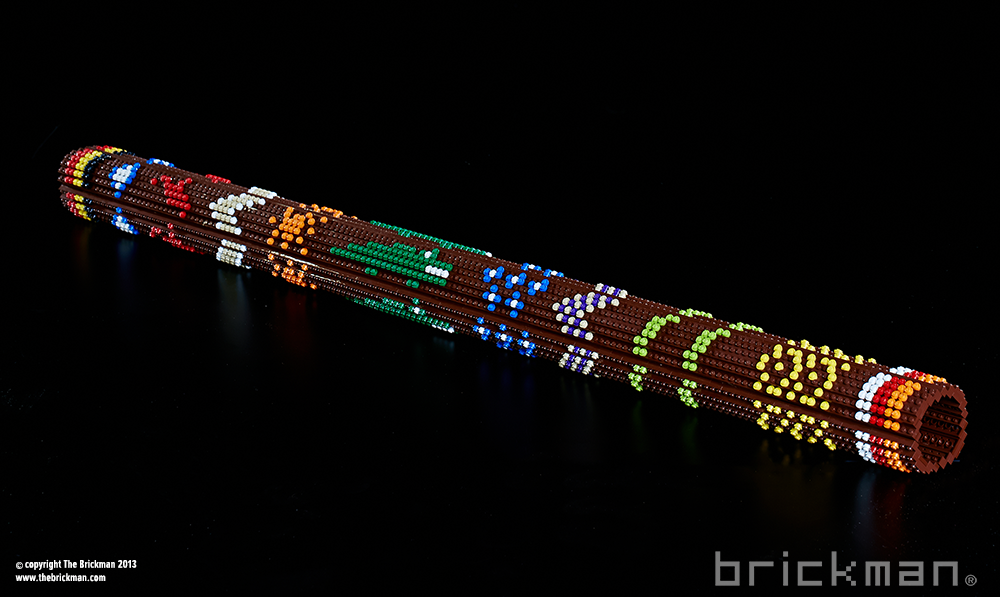 Aware of the sensitivities around indigenous art and wanting to ensure he got the details rights as well as respect the traditions of the Aboriginal people, Ryan arranged to meet a local Aboriginal Elder at the Queen Victoria Markets in Melbourne.

After talking through some the traditions and restrictions around symbols and colours which can be used together, Ryan put together some plans which he worked through with the Elder to try and create
patterns that represented something of the guests, and the LEGO company, Ryan was going to give the finished models to. 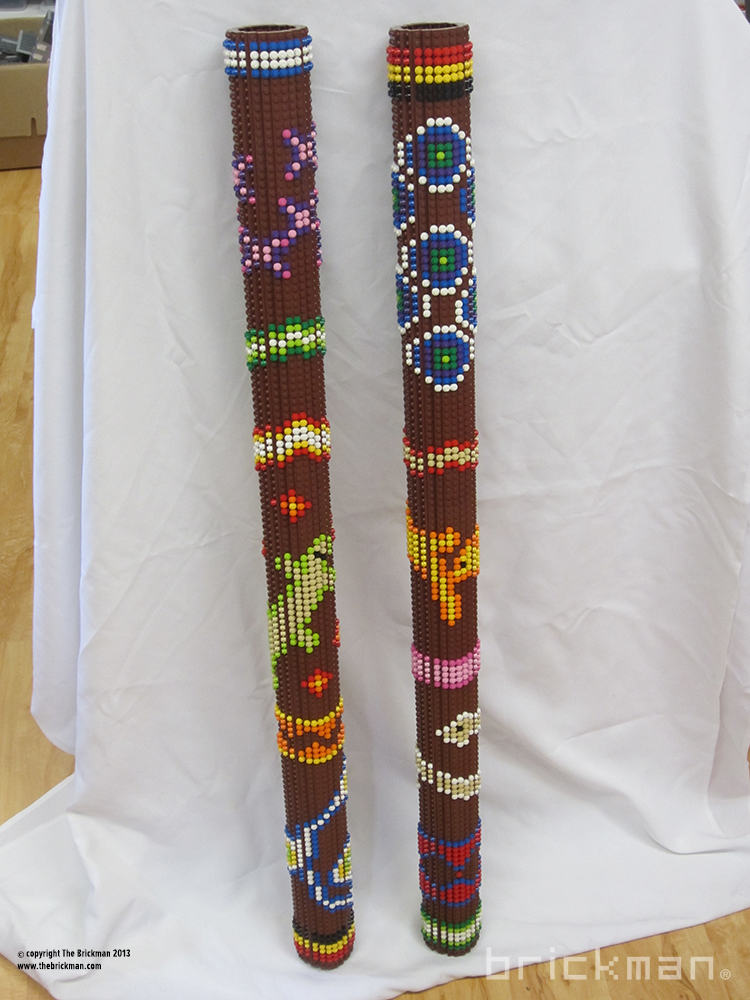 With so much indigenous art using dots, it was logical to render the patterns on the Didgeridoos using the single stud 1×1 round plates- which also come in almost ever colour LEGO produces! This made it easier to get the colours on the animals and symbols right. 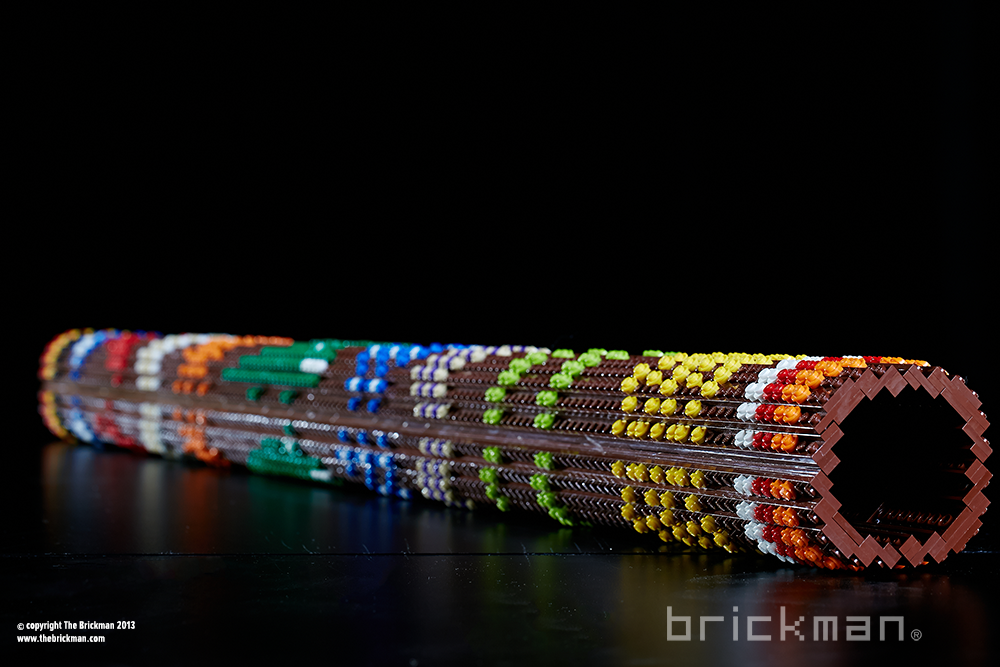 The tube shape of the Didgeridoos was created using Super-Erlings to create layered plates going in 4 directions.

In the end 3 Didgeridoos were created for the event and an additional one made for our travelling Brickman Experience exhibition. 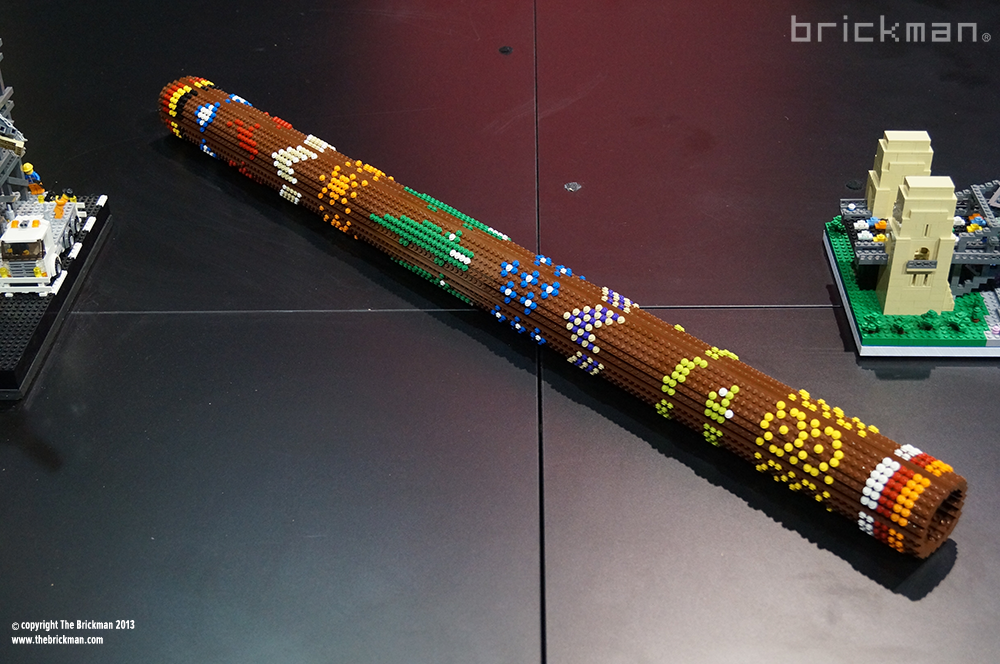 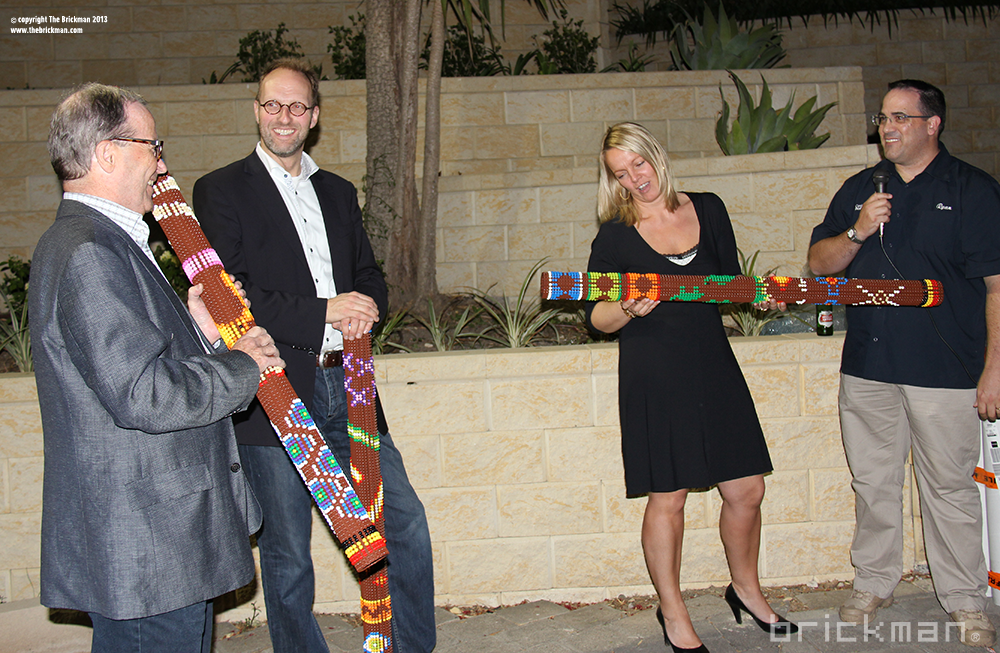 They tried to play them too, but they sounded nothing like a real didgeridoo funnily enough! 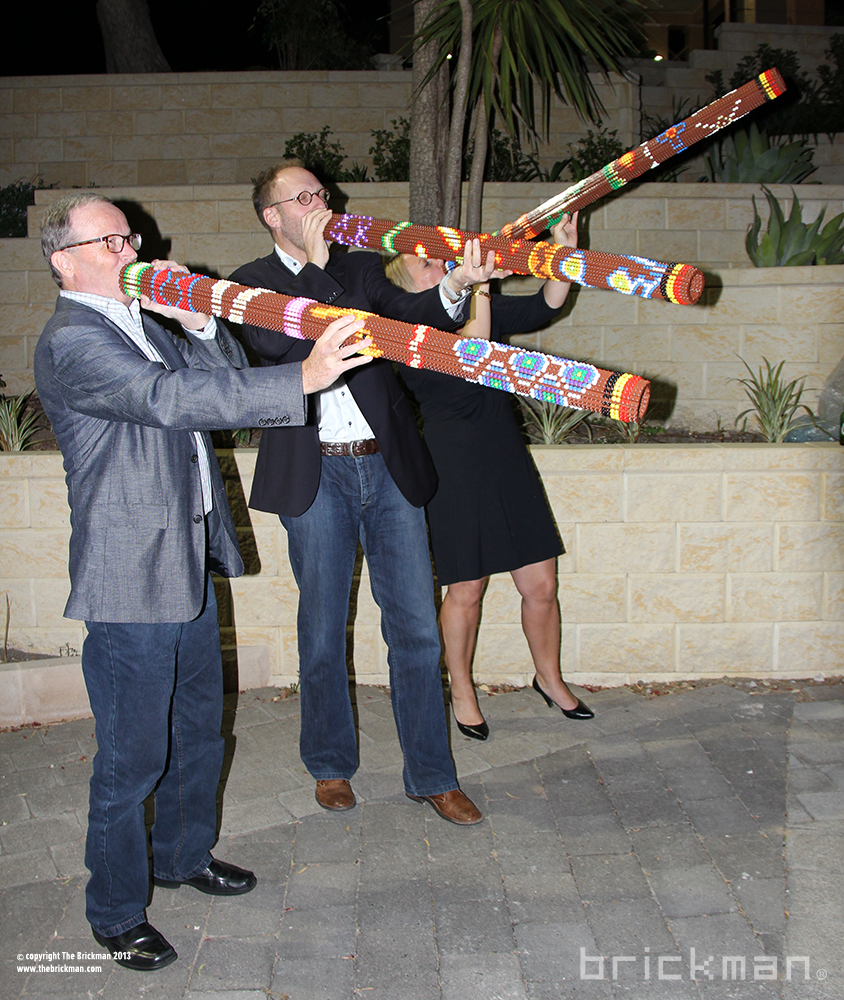