The towers of tomorrow!

My first ever solo exhibition of LEGO works in conjunction with Sydney Living Museums.

Go along and see what our whole team spent many months building and working on.
This one pushed us to our limits with intricate details, complex curves and architectural geometry.

The exhibition celebrates tall and extraordinary buildings from Australia and Asia. Some are engineering head-turners while others are technical marvels.
(To be honest we are still not sure how we managed to pull off some of these buildings!)

Towers of Tomorrow with LEGO Bricks is on now at Museum of Sydney.
Details and tickets: http://slm.is/towers 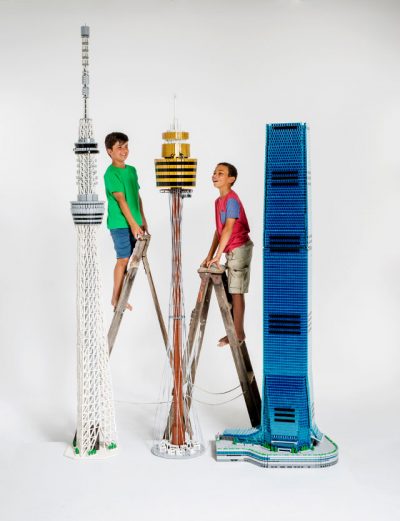 Its footy finals!
Head on down to the MYER emporium store in Melbourne to check out our latest mega model, the 70,000 brick LEGO MCG on grand final day.

There is lots of hidden gems in this model which took over 3 weeks to build.

Head over to my flickr Gallery for a closer look. 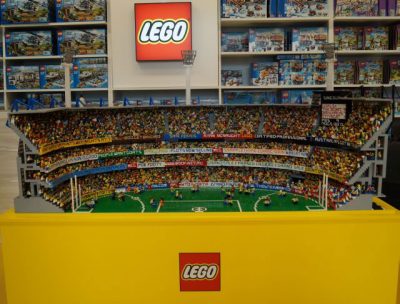 My own personal Mount Everest has now been climbed!
Unquestionably one of the hardest shapes to make out of LEGO bricks, my 75,000 brick version shows the famous Australian landmark off inside and out.
(I love doing my trademark cutaway treatment on the big models!) 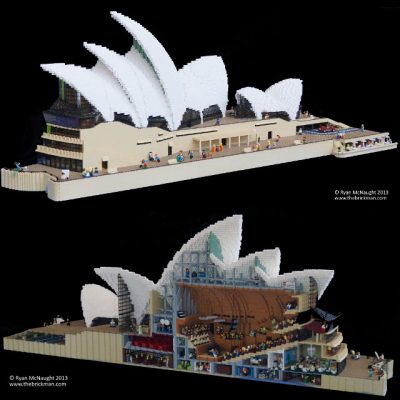 Here’s my LEGO Melbourne star observation wheel. At just over 3m in diameter it is unquestionably the most difficult thing I have ever built.
It is fully motorised using LEGO power functions using just over 30,000 bricks.
The hardest part was the maths and process in doing a 7 pointed star held by a flying buttress while being powered.

(I have no idea if there are bigger LEGO wheels around, if there is I’m yet to see one)

The model is mounted on permanent display in the gift shop after you ride the observation wheel.
The kids and I are in this shot just for scale!

The Melbourne star opens tomorrow (the 23rd of December, check it out!)
http://www.melbournestar.com/ 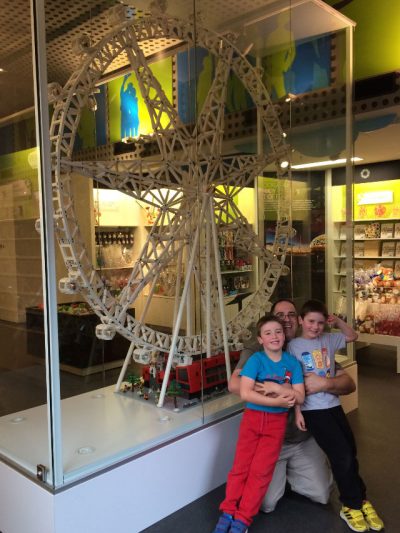 A bit of an update on a couple of events;

Saturday the 31st of August form 12-2pm at the Sydney Opera House concert hall southern foyer for the launch of the LEGO Sydney Opera House, be there or be compound curved 😉
Jamie Berard, the designer of the set will be in attendance and promises to be good times all round.

The other event is at the Sherman Contemporary Art Foundation on Thursday the 5th of September, for an evening of LEGO and fine wine.
Ill be giving a presentation on behind the scenes in my job in what is an amazingly cool secret art gallery.
Click here for SCAF info: http://sherman-scaf.org.au/

Here’s some LEGO recreations I made of some classic Sydney Opera House images. 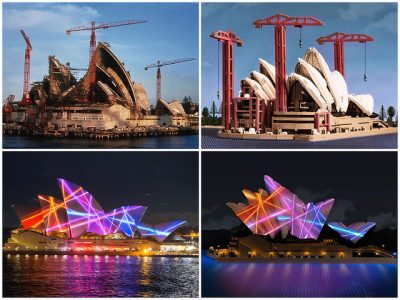 Following on from last years huge success the LEGO Colosseum,

This years model for the Nicholson Museum in Sydney is none other than the Acropolis!
120,000 Bricks and a couple of hundred hours of work.

here’s a picture of it just before it left the workshop, come and check it out (along with a host of real Greek treasures)
Opening day is the 6th of July at the Nicholson Museum at the University of Sydney. 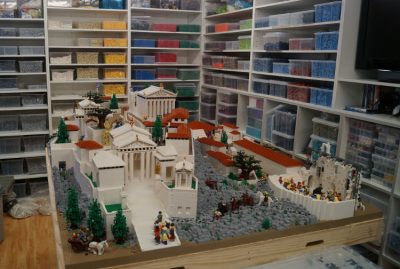