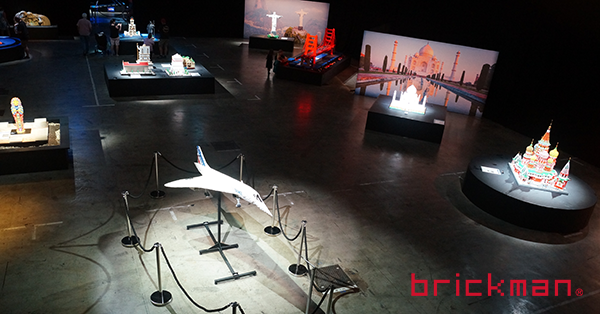 It’s been an epic first week up in Brisbane for our new Wonders of the World exhibition! It was both exhilarating and slightly frightening to show all the models we’ve been working on for over a year to the public for the first time. But seeing the looks on the faces of the kids ( and the occasional parent!) makes it all worth it. 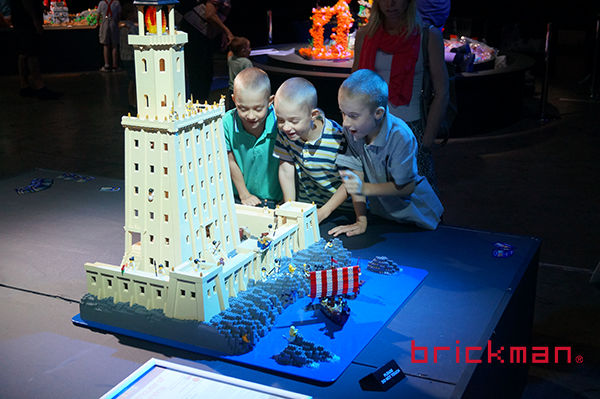 Ryan, Mitchell, Mark and Clay all helped put together the final Wonder of the World, The Great Barrier Reef, live at the show, finishing it on Sunday. It was great to build so completely off-grid in all the crazy colours we could find! Bright Pink Coral fans like huge landing pads growing off the side of orange coral arches covered in Dark Azure domes, glow-in-the-dark tiles and trans-purple seaweed! 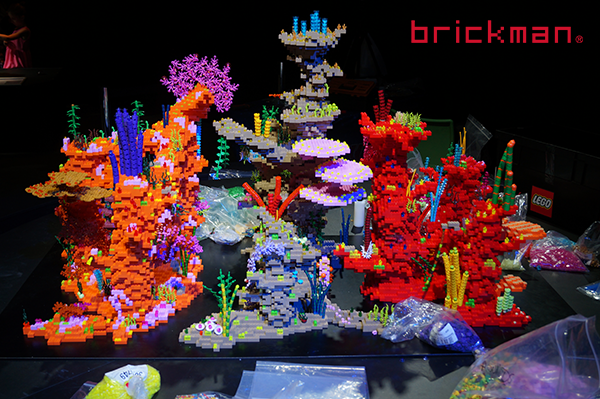 Like our first Experience show we brought a few million extra LEGO bricks and parts for visitors to use to build their own creations, but this time they could also race them, mount them on our display wall or place them right next to our models too! 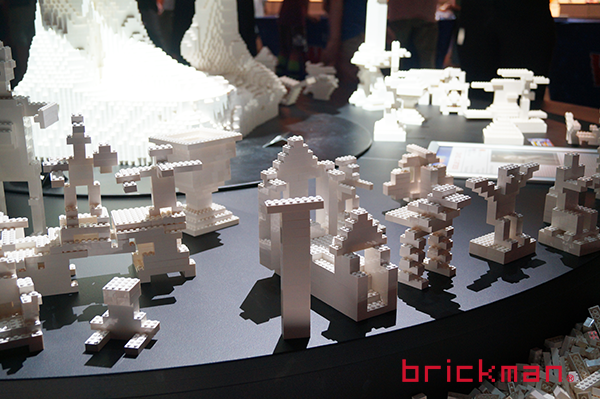 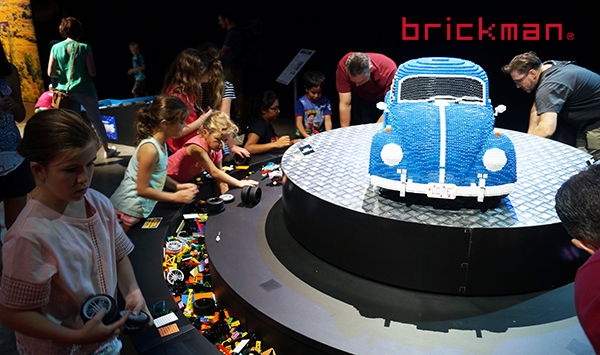 Just like our first show too we had a great time hiding our new show mascot minifig, Eddie the Explorer, throughout the show for visitors to count up and enter their guesses to win a $250 Lego prize pack! 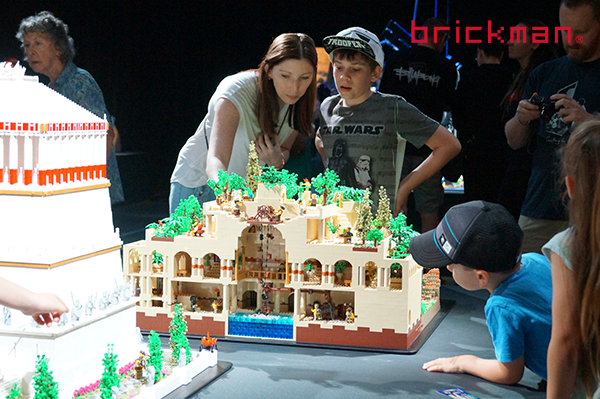 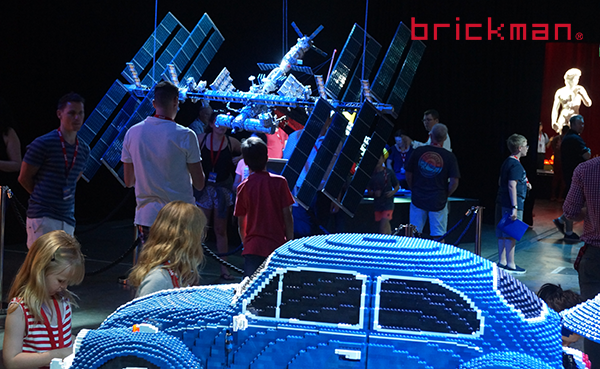 Melbourne and Perth will both follow early next year.