Melbourne’s LEGO® fan exhibition, Brickvention,was where Ryan started his LEGO® career. So he thought that 2020 would be a great opportunity to return to Brickvention after a 4 year break, but this time he’d bring the entire Brickman team with him!

The idea was for every team member, from our Inventory Manager through to Ryan himself, to build LEGO® models to showcase their skills and interests and build something that they normally wouldn’t get a chance to with probably the biggest selection of LEGO® in the country. 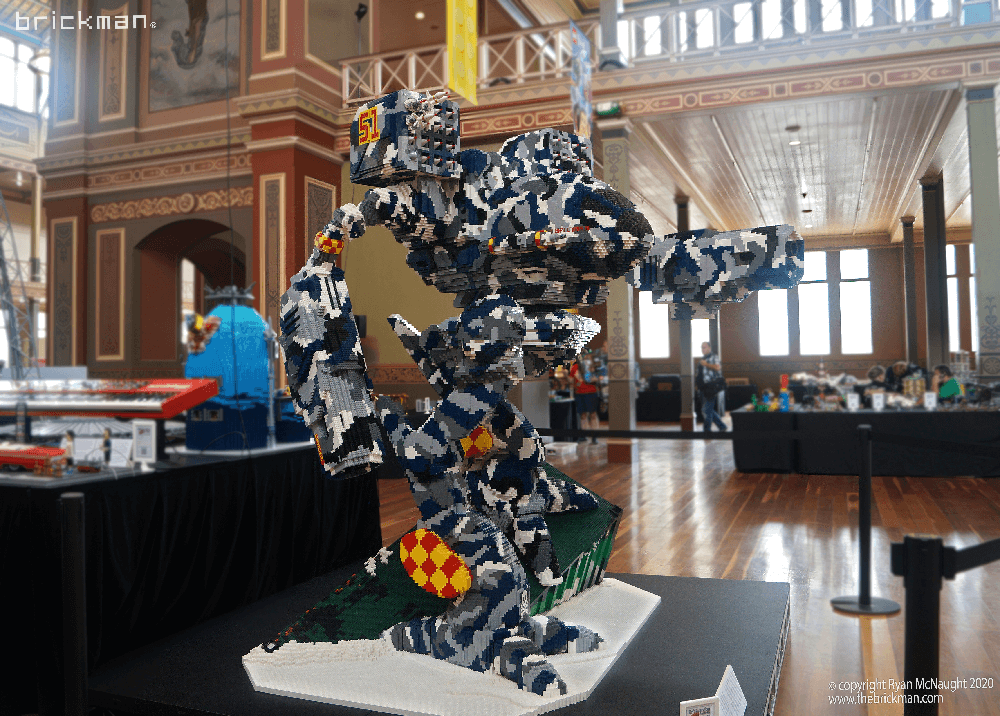 Ryan had been working on his model idea for over 2 years- an enormous version of the classic Timberwolf Mech from the Battletech boardgames he loved in the early 90s. In partnership with our workshop manager Clay he had been tinkering with the model digitally to perfect a design that could actually be built. Clay had to mastermind a skeleton to hold the model up and a system of counterbalances to make sure it could stand. 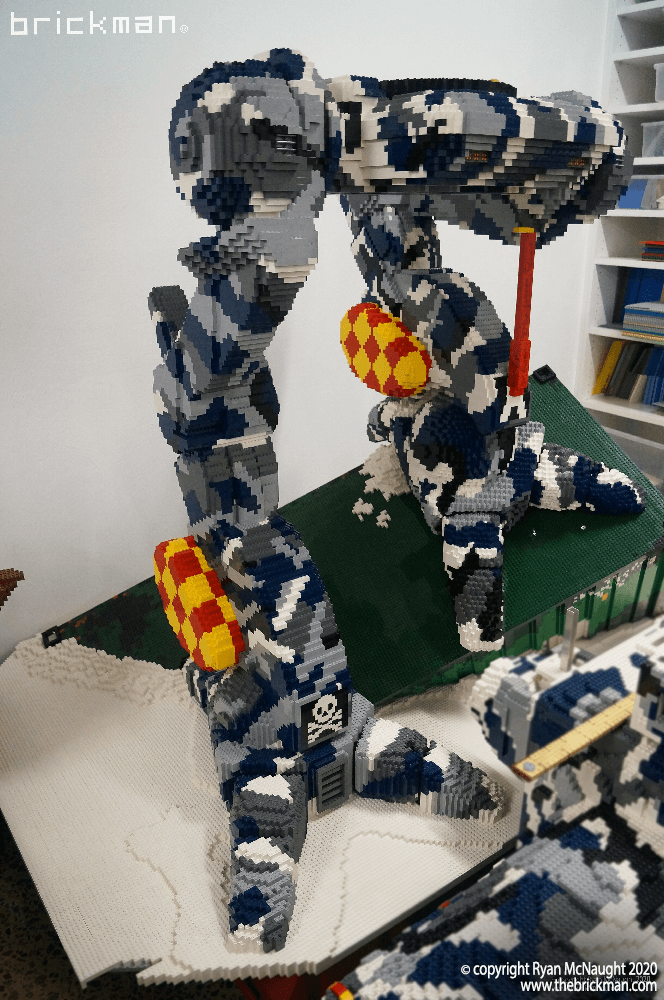 Ryan really wanted the model to stand out, so he built it using a stark arctic camouflage pattern. The pattern was made up of light gray, dark gray, white and dark blue, with occasional black highlights. This made building it actually very difficult and much more time consuming! 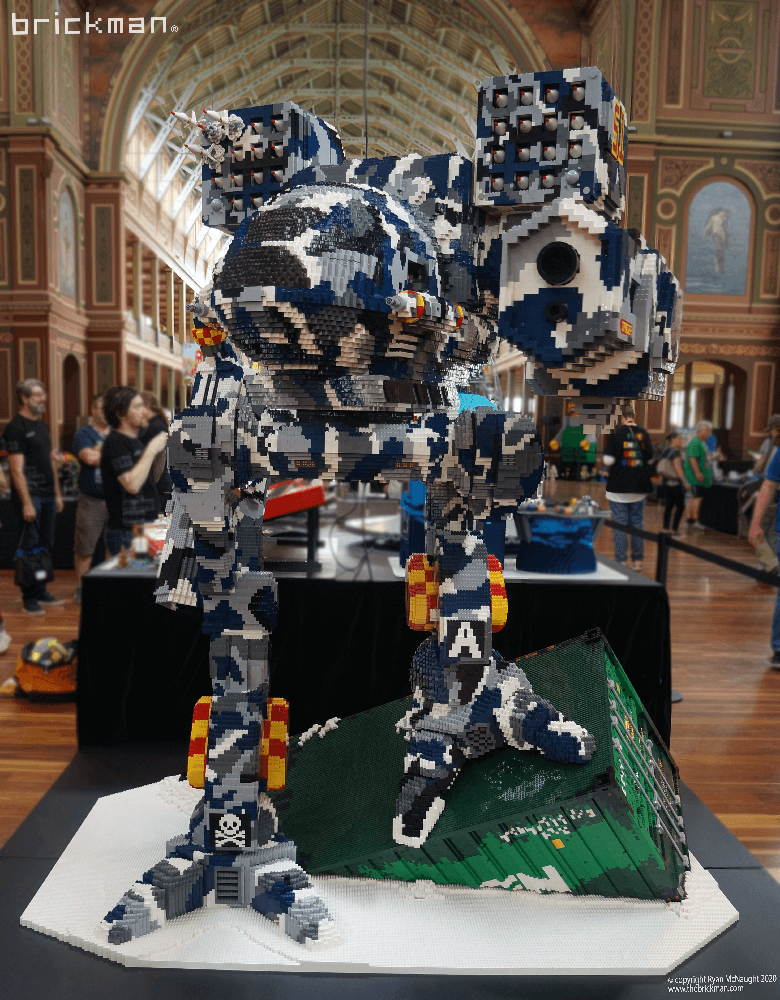 To break up the camo Ryan had a few key areas of bright yellow and red checks as well as danger markings. He also added a skull and crossbones squadron symbol on one foot. 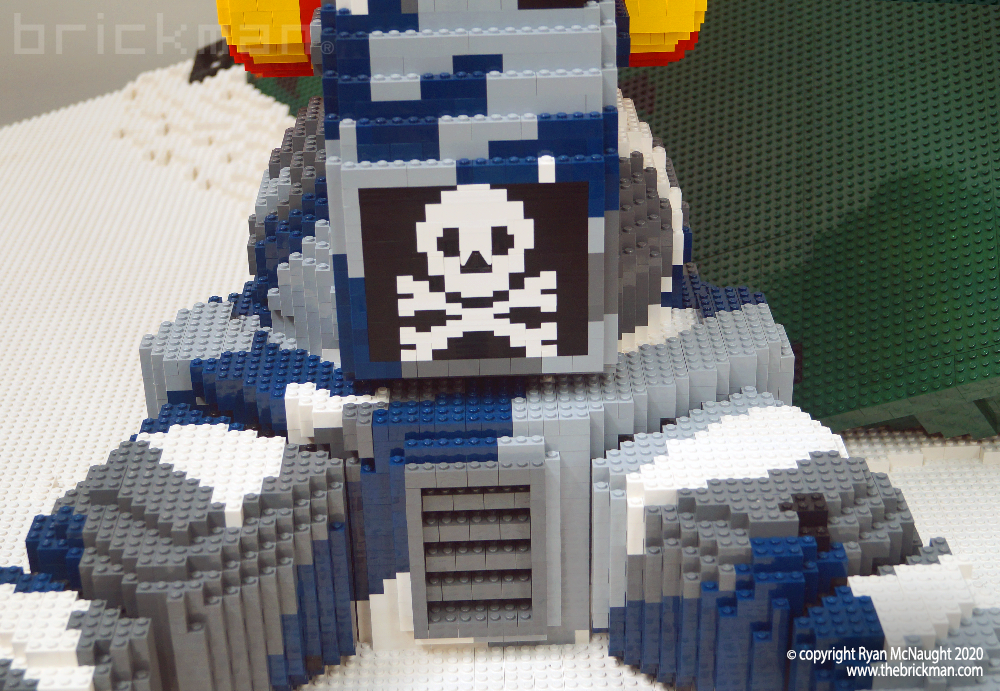 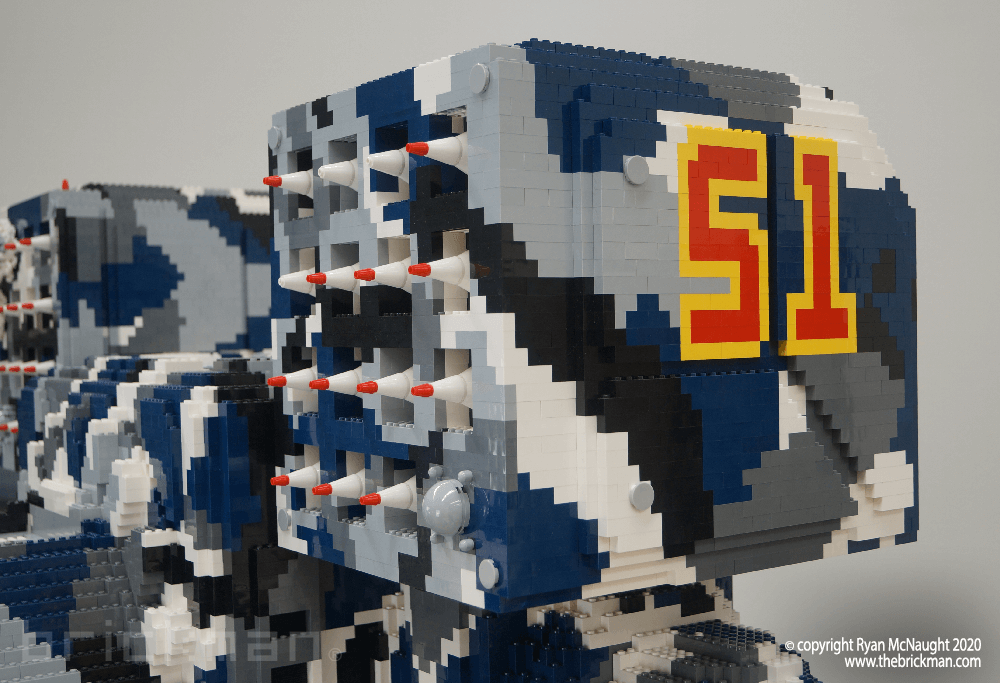 If the sheer size and complexity wasn’t enough, Ryan added a fully detailed cockpit and pilot, based on himself! 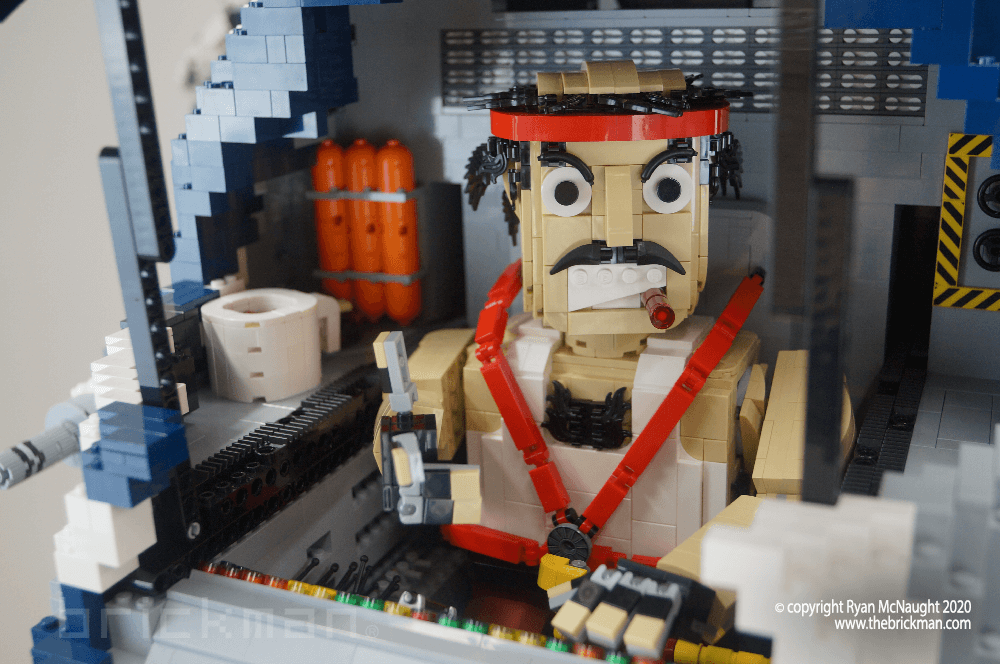 With the help of our resident Technic expert Stephan, Ryan also added a LEGO® Power Functions mechanism to open and close the Mech’s cockpit canopy.

During the last part of the build process Ryan had an accident while moving house, which broke his hand. So Ryan had to rope in the rest of the Brickman team to finish the model off in time for Brickvention. Stephan, Luke, Tullett, Jordan and KC all spent time doing parts of the model. Together with the final time (650 hours!) he and the team spent building, Ryan spent just under 3 years on this model- making it the longest LEGO®  project he’s ever worked on! 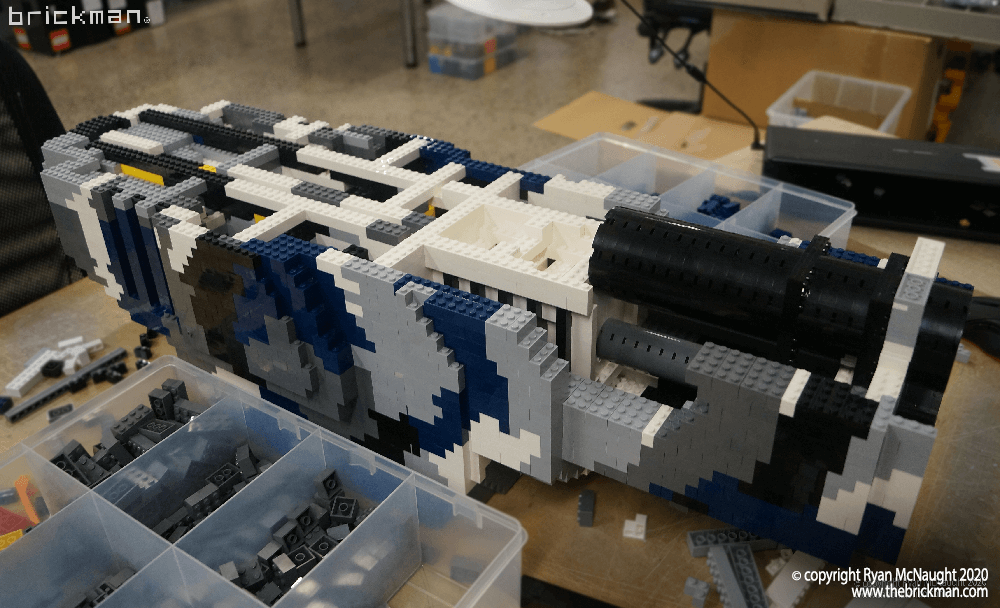 “I’m really proud of how this model turned out. With a chance to build a Mech from my favourite boardgame, this is, without question, my favourite LEGO® brick creation!” – Ryan McNaught 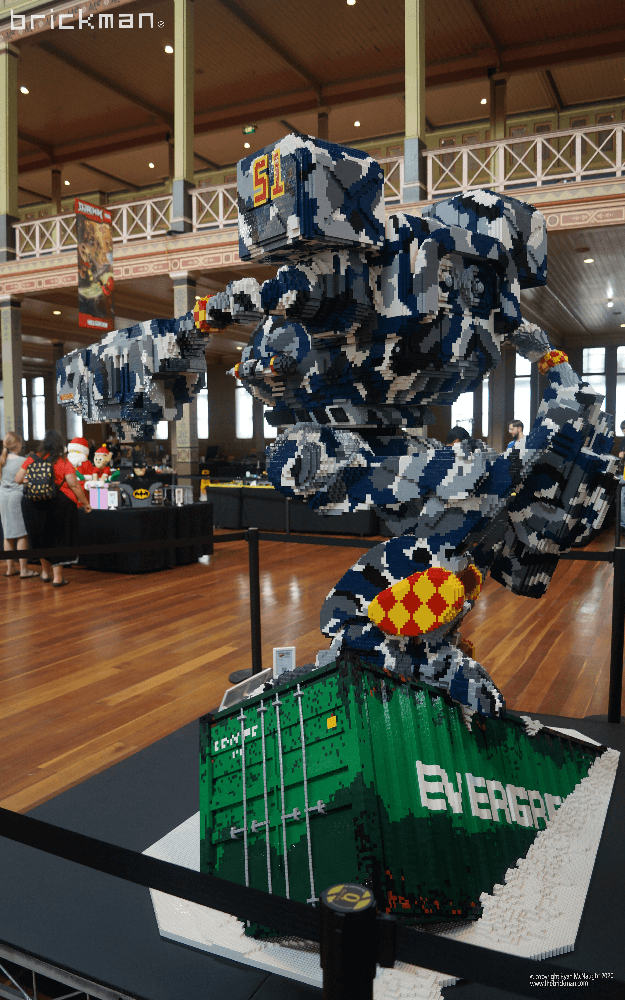 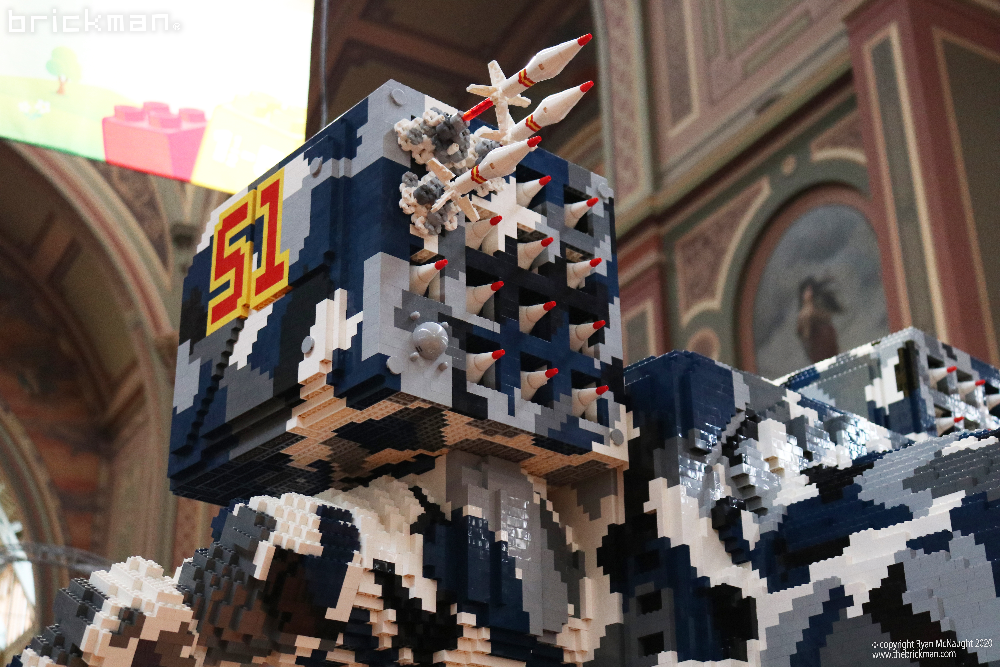 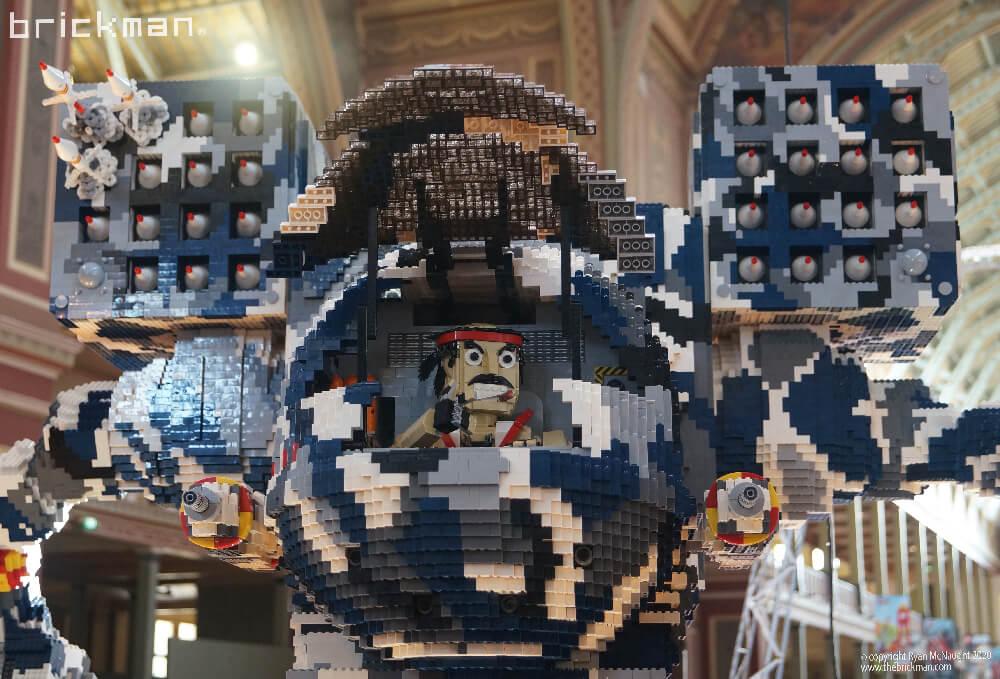 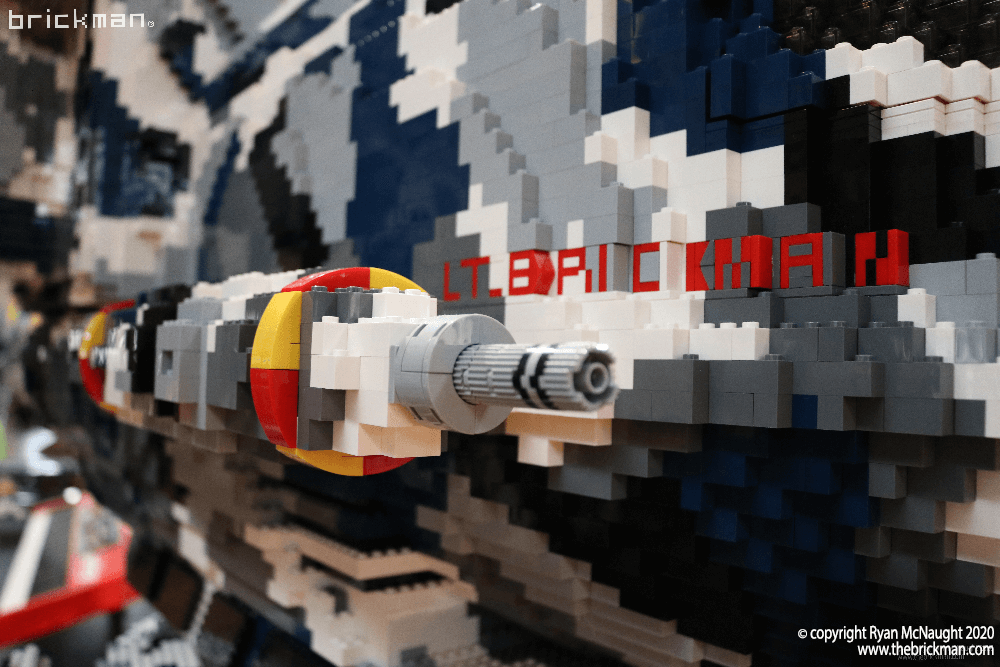 Watch Ryan talking about the build as well as showing off the opening canopy in our Spotlight video: