Here’s a Throwback Thursday especially for a Kiwi friends! Back in 2013 Ryan was given his first commission for Auckland’s Toyco toy store- and given floorspace was at a premium he decided to build a vertical model, and what better than Auckland’s tallest building the Skytower? 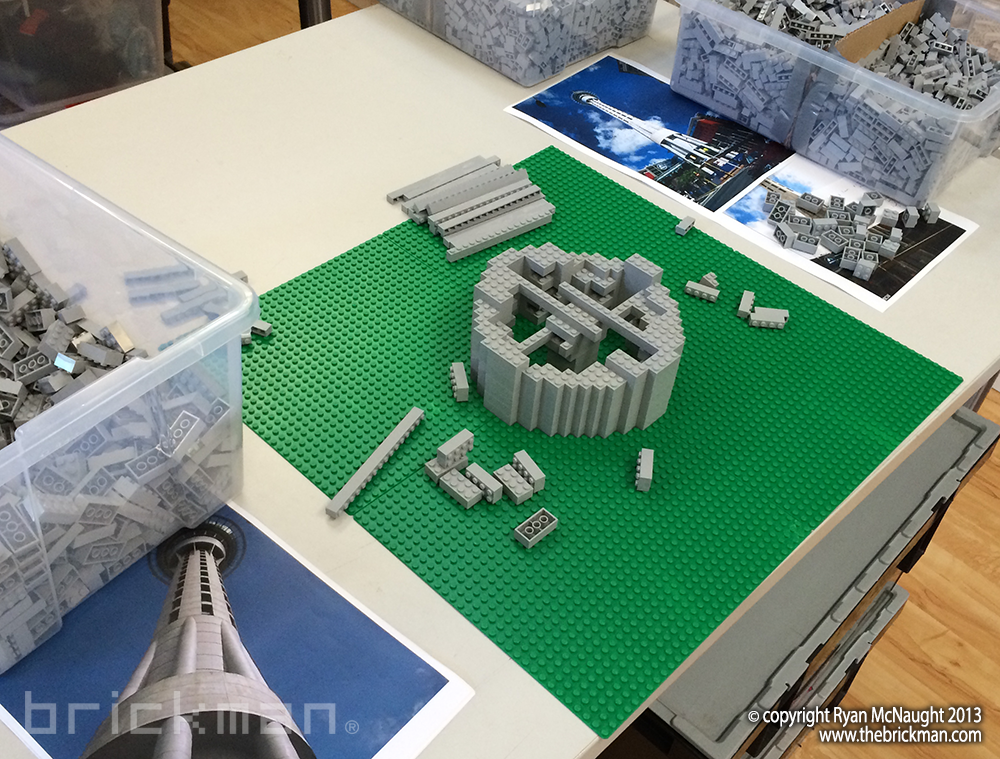 As with many of our builds it all started with picture research – getting as many images of the tower from different angles to get as complete a picture of the building as possible. The scale was limited by the height of Toyco’s ceiling so that narrowed our choices in terms of parts and design. 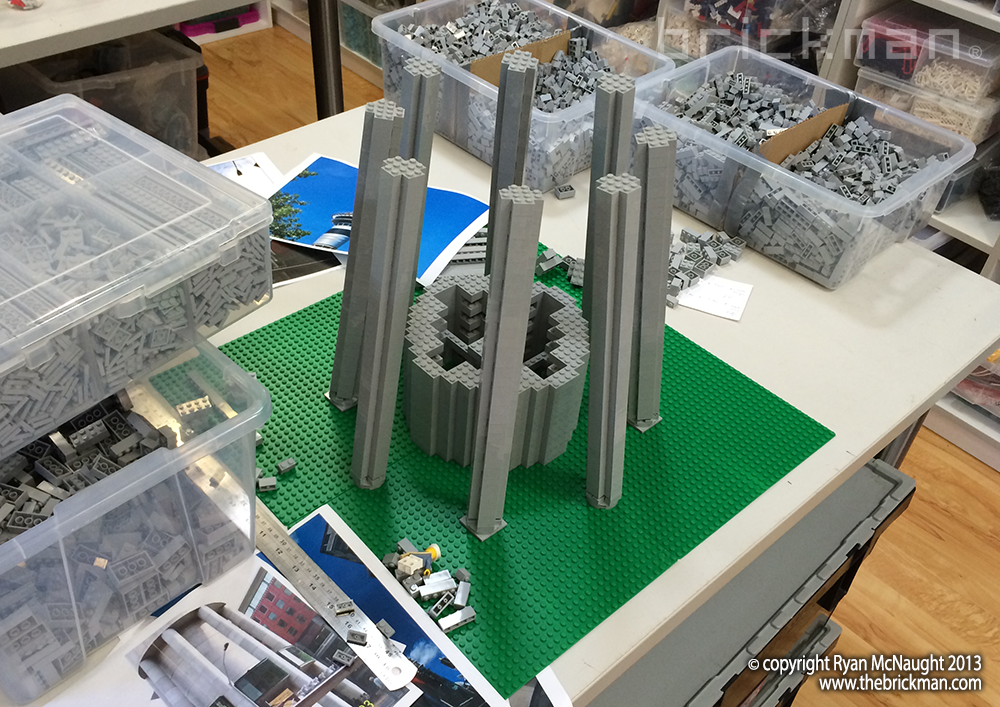 The “buttress” columns around the base of the tower were mounted on both a swivelling turntable and hinge bricks to achieve the angles. 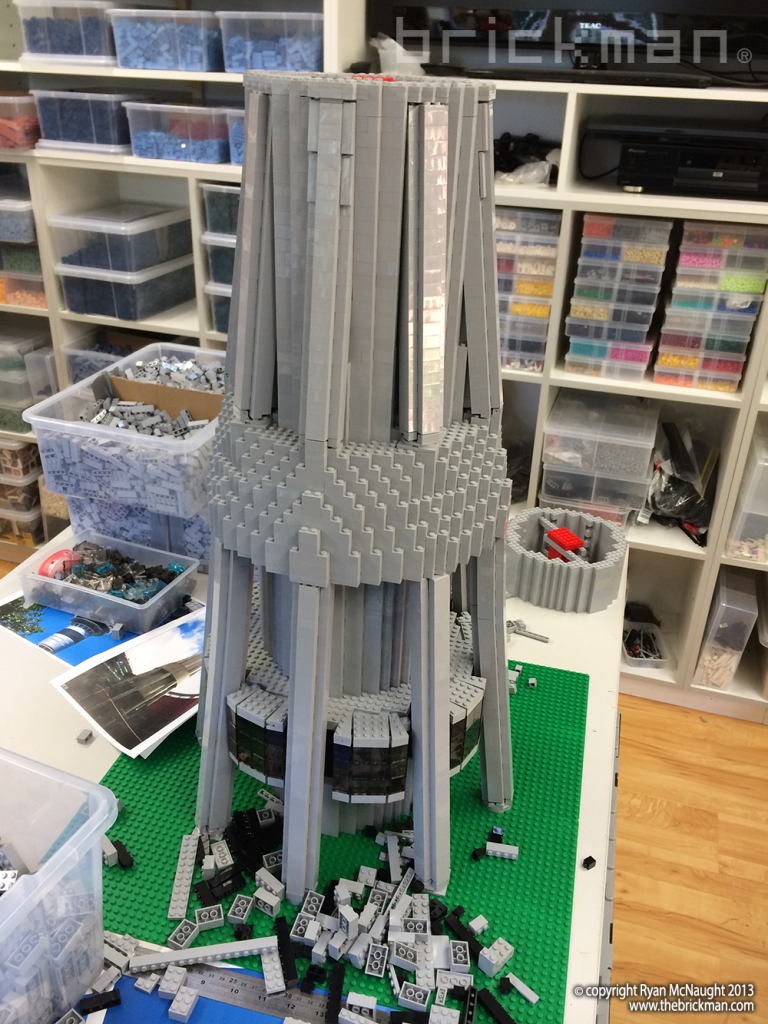 This model was a particular challenge because Ryan needed to be able to transport it across the Tasman from Melbourne in his luggage! This meant we had to build the model in small module sections that could be assembled on site but pack down into manageable chunks. 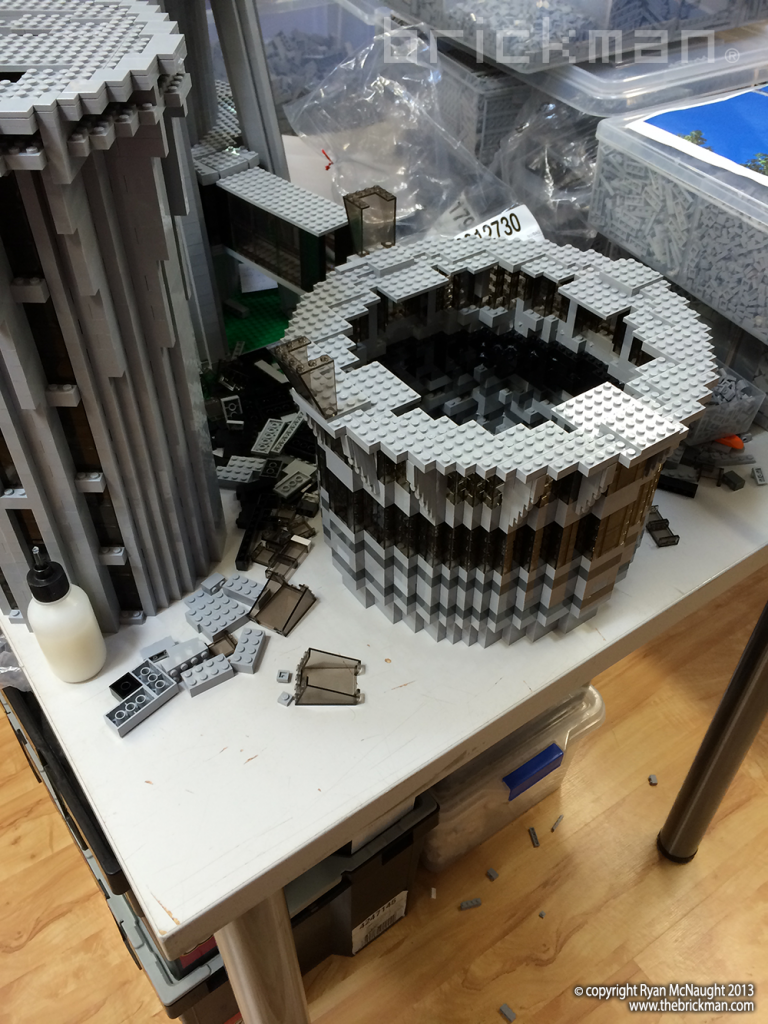 Some neat SNOT ( Studs Not On Top) techniques were used to achieve the outward leaning round levels toward the middle of the Skytower. Here you can see how the tower is separated into sections 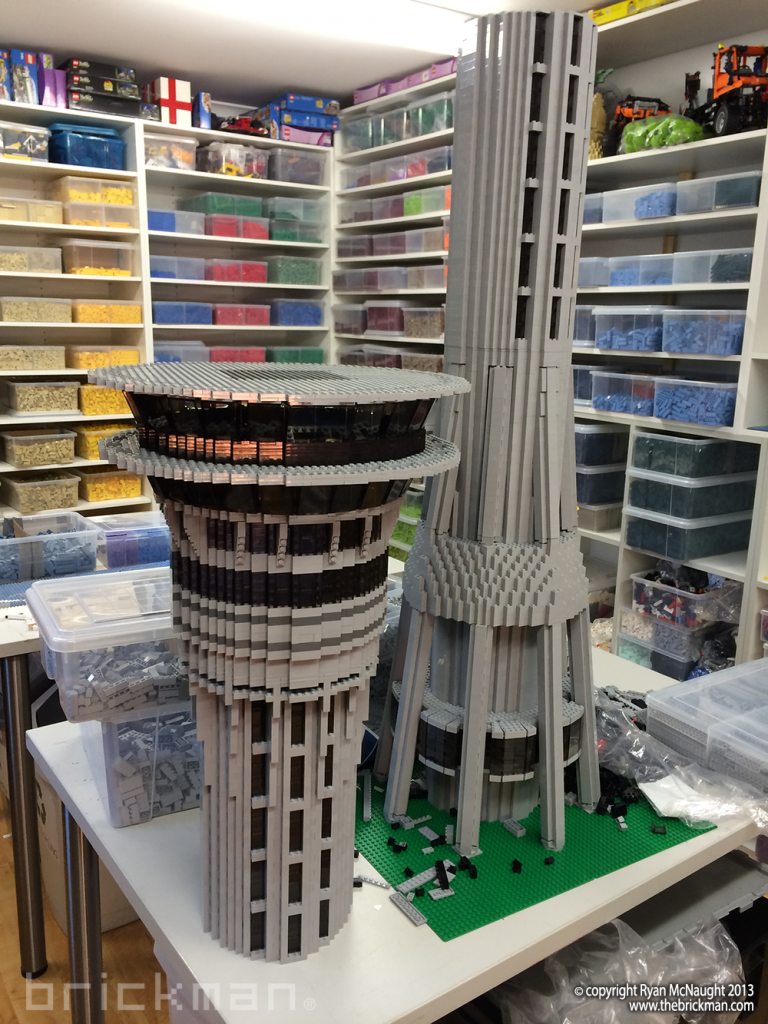 Ryan poses with the finished model- it was too tall for Ryan’s original workshop, so he had to hold the top section! 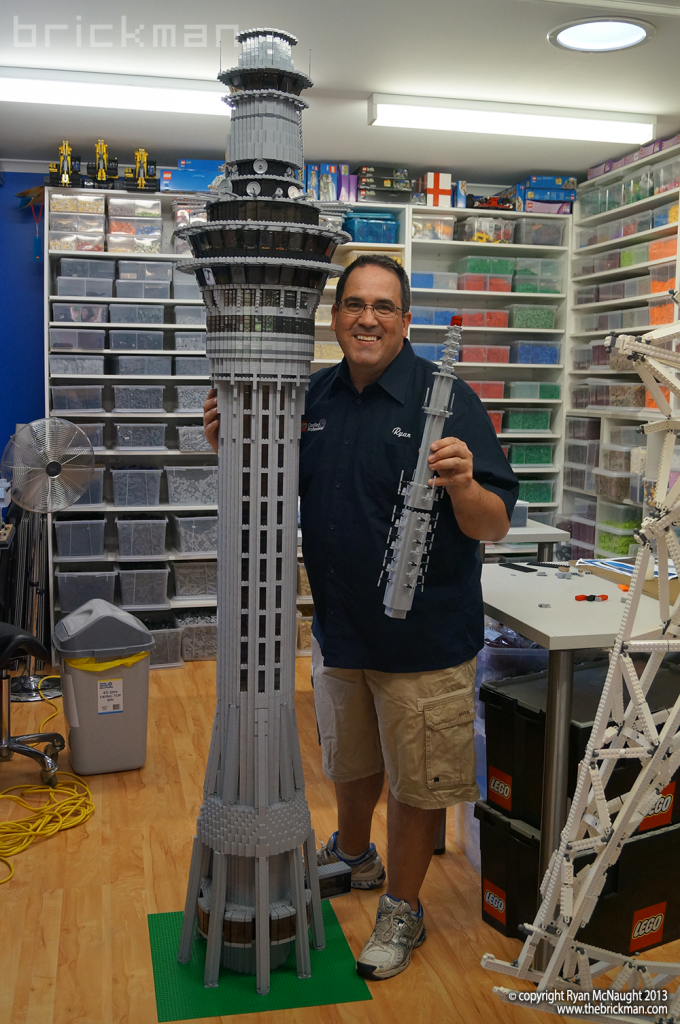 And here is the finished model in Toyco on display. We populated the tower with people on the Skywalk outside as well as a helicopter and a cityscape scene at the base 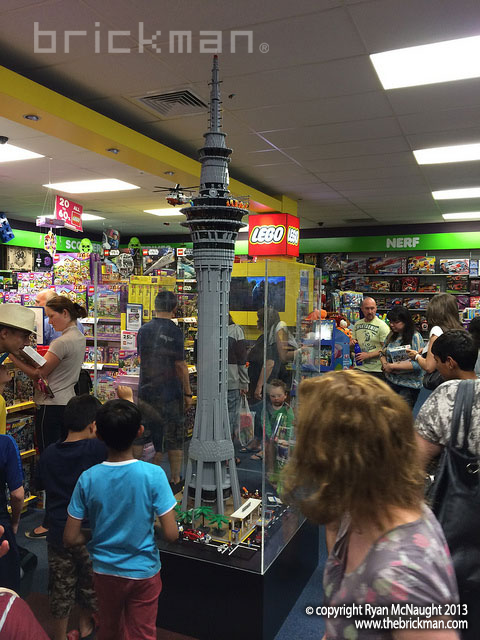