For this Throwback Thursday we’re focusing not so much on some Banana models we built as what happened to them- they were stolen! 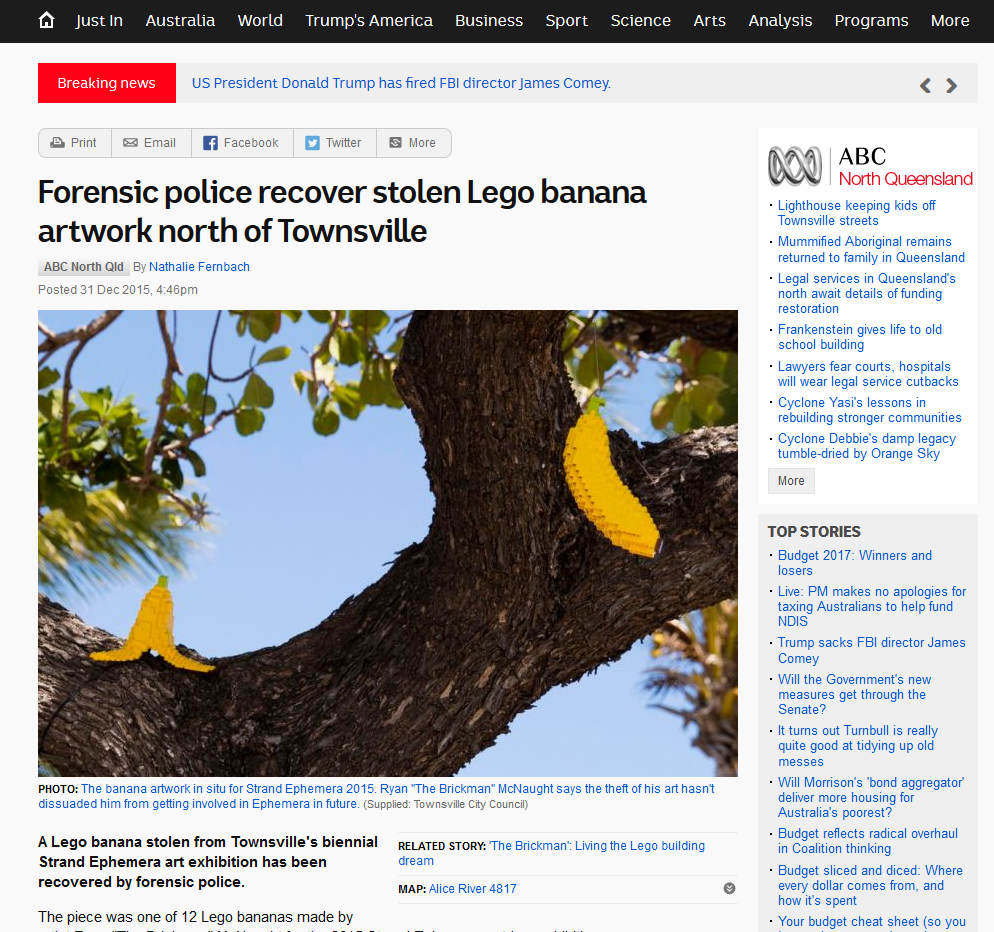 Back in 2015 we were invited to display as part of Townsville’s Strand Ephemera festival, where sculptures from local and international artists are displayed along the Townsville beachfront around the trees. 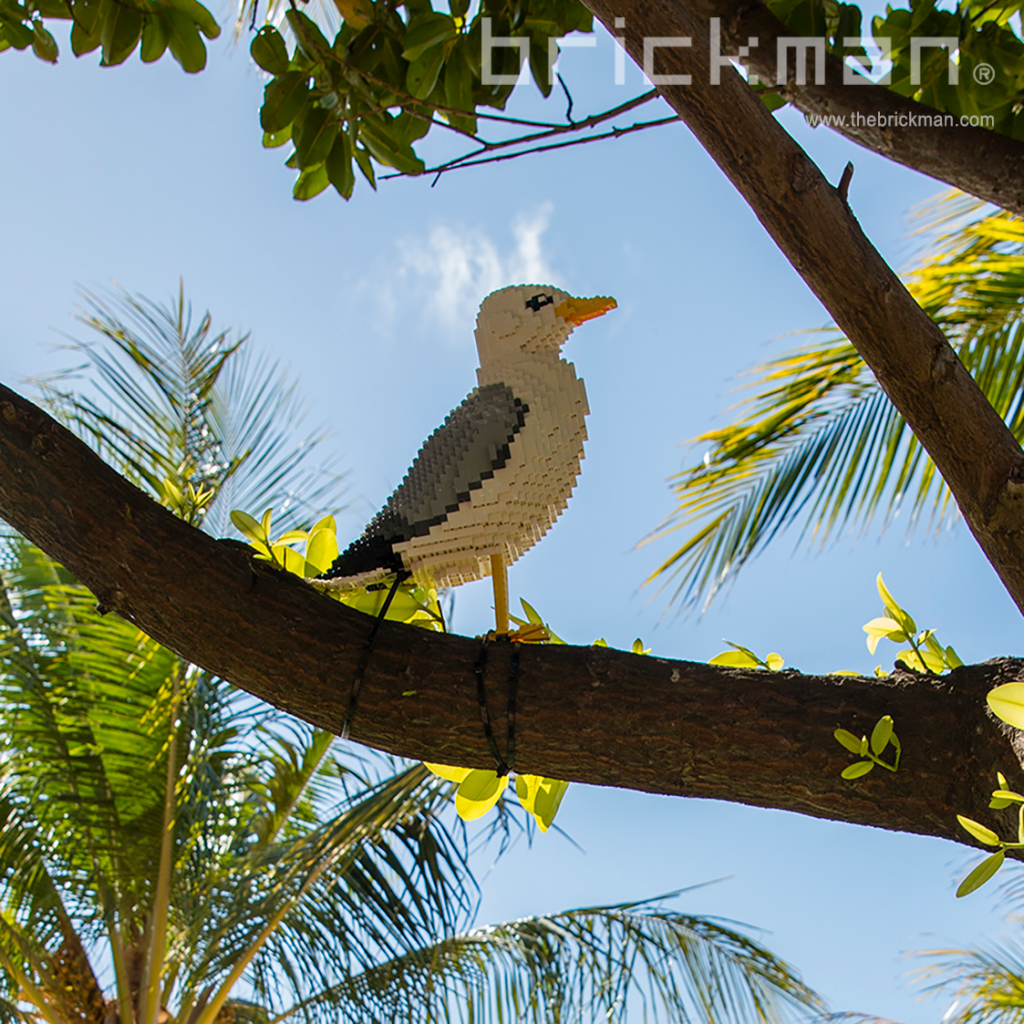 We decided to build a whole tonne of small models and hang them from the trees. We built lots Australian objects and animals as well as lots of fruit, and especially bananas. 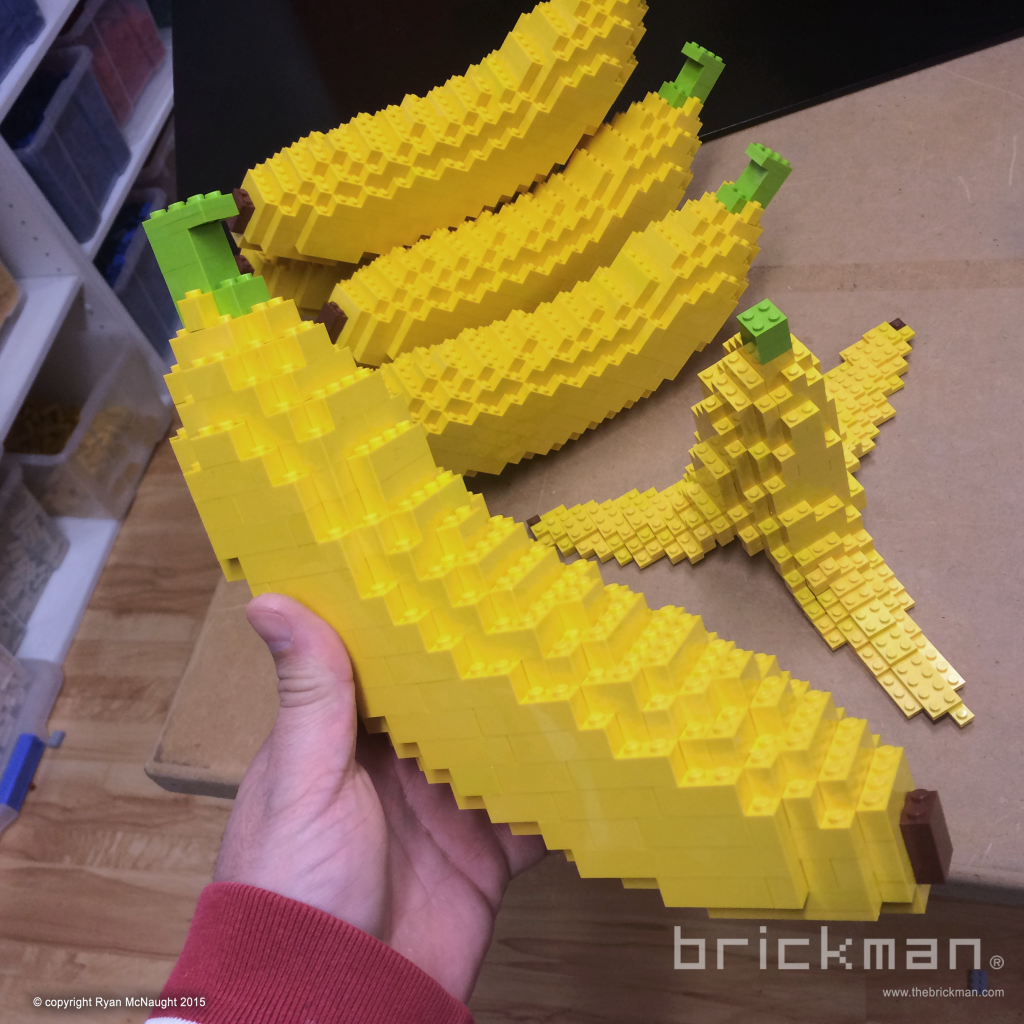 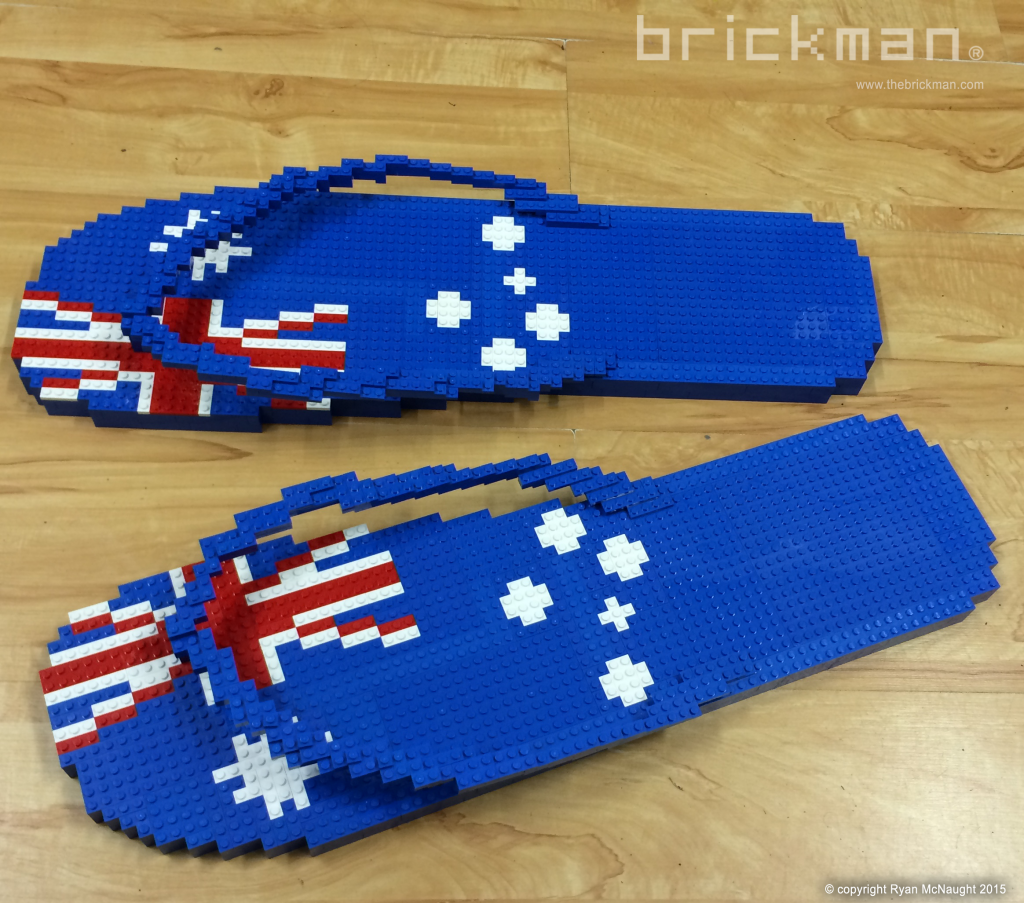 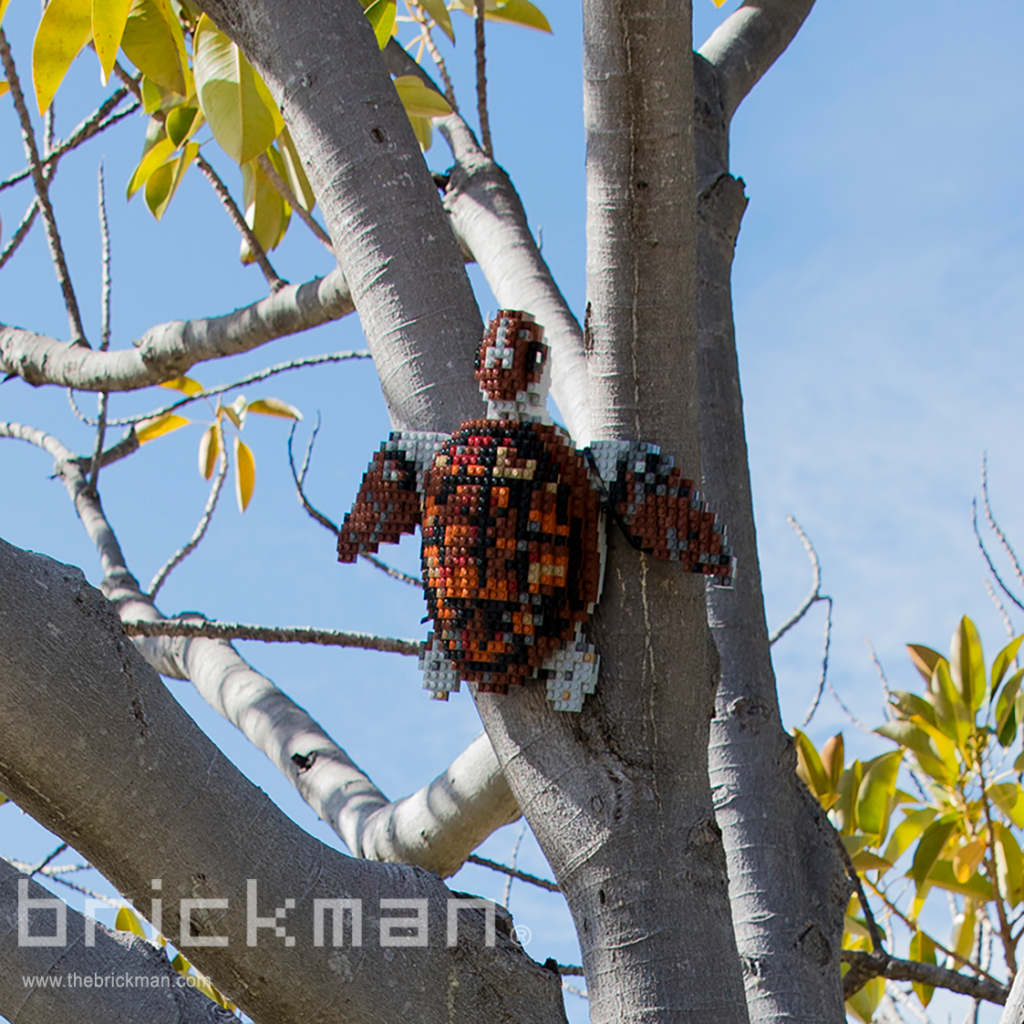 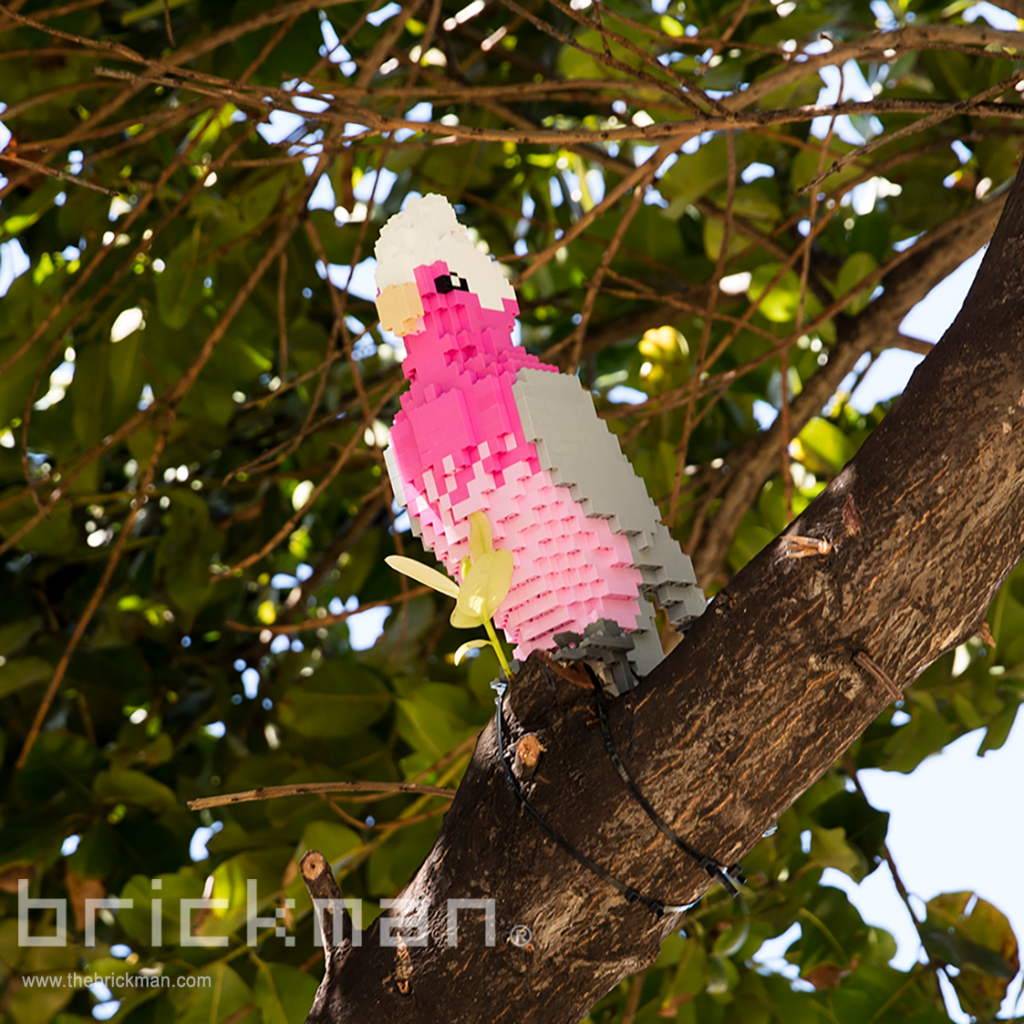 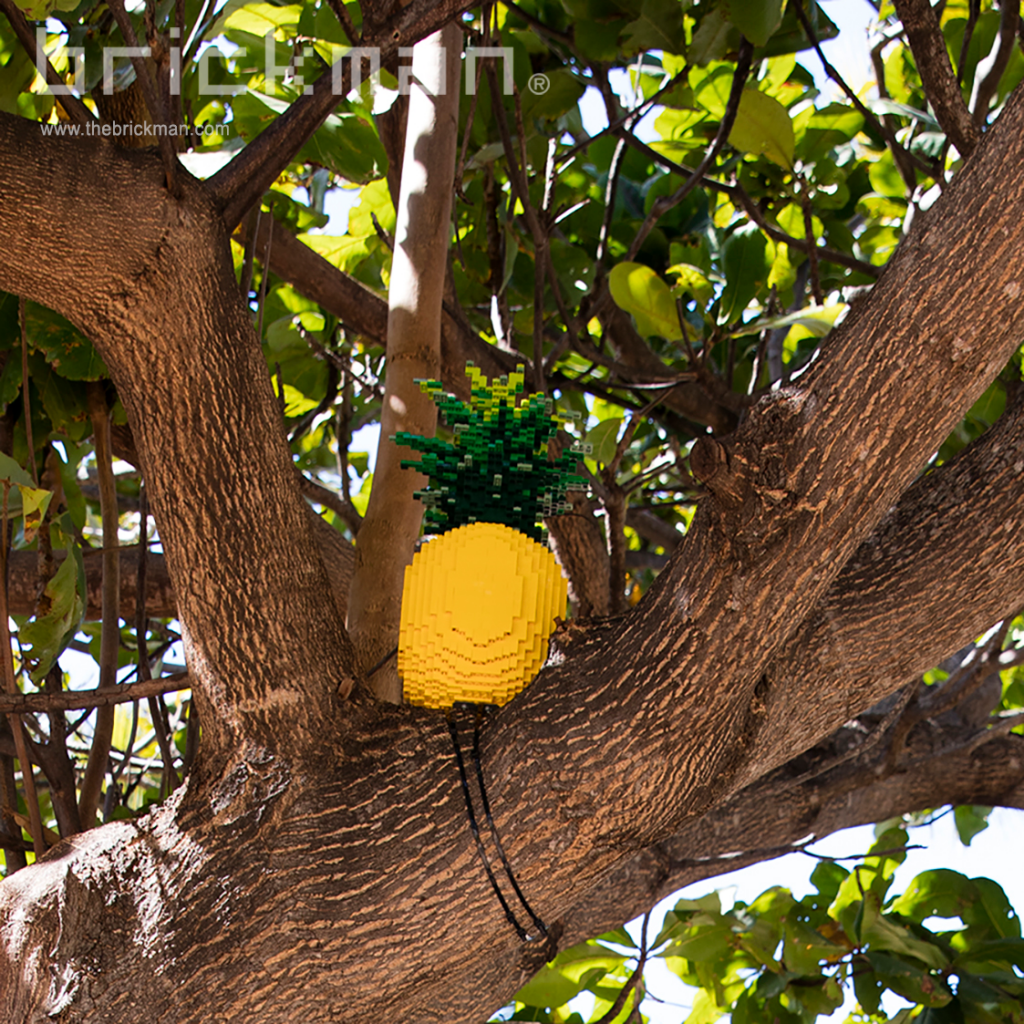 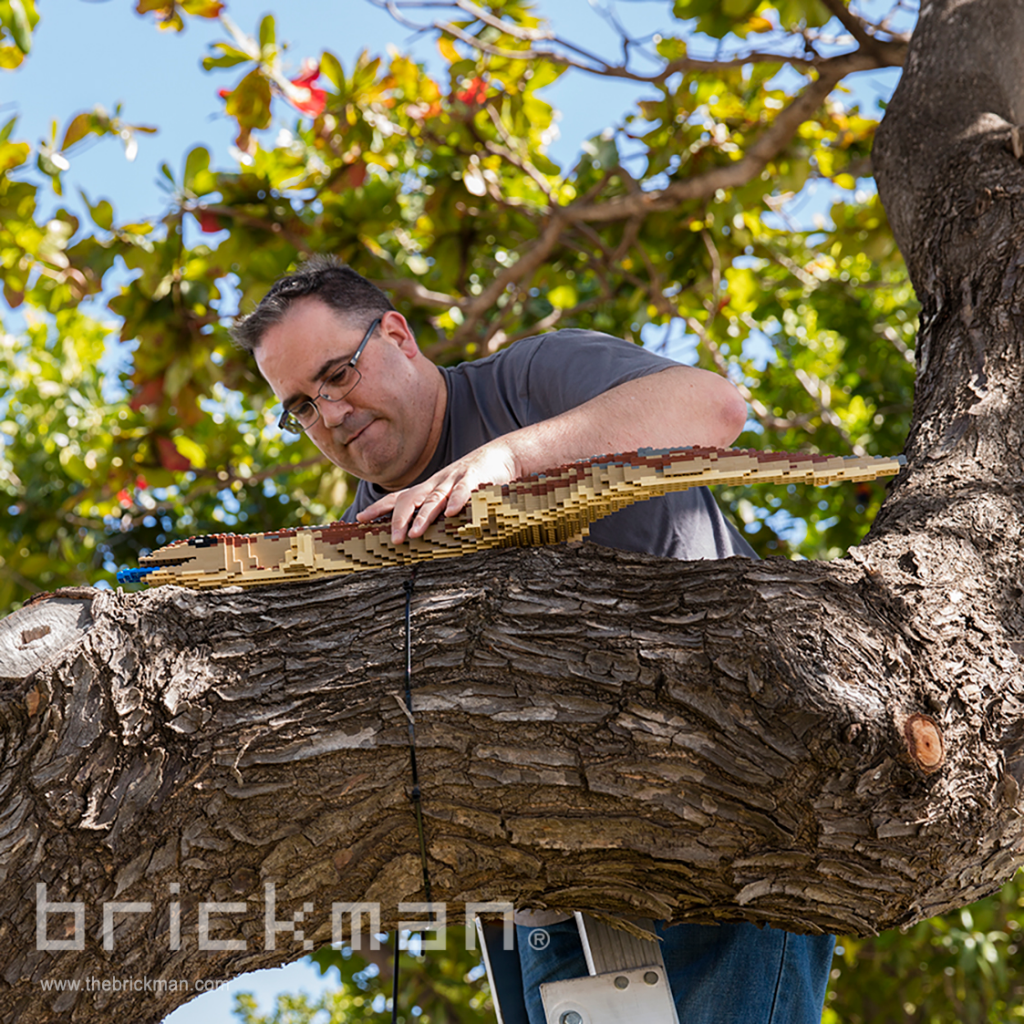 However after the first night of the Festival we discovered someone had come along and stolen a heap of the bananas as well as some of the animals!

The police initially had no luck discovering the perpetrators, however a few months later they had a breakthrough when they raided a house for another crime only to discover the stash of of our LEGO models. You can read about the recovery here.

We were obviously very grateful to see the return of our models and Ryan gave the Townsville police a banana to keep as a memento of the event.

The fruit and animals are now a permanent part of our travelling Brickman Experience show, so you can see them for yourself!